Something struck me upon finding this little batch of GQ ads;
What magazines would run 48 sheet posters today, just to promote the August issue?My writer, Tony Barry and I had three stories to turn into posters.
a) 101 things to do before you’re 30.
b) Foreign women reveal all about British lovers.
c) Mick Jagger at 50.
It’s easy to see why these two were rejected, it’s never good business to start ‘outing’ Royals and pop stars. This was the one that run.
You can see my time at Simons Palmer hadn’t been wasted, such an un-Leagas Delaney like poster. (The now famous artist Ron Mueck made the model of the baby, I should’ve robbed it from the shoot.)

‘Foreign women reveal all about British lovers’.
I’m sure it’s based on very robust research findings and empirical evidence, but what a waste of space.
For those not born at the time, in 1994 countries were stopping the imports of British beef due to Bovine Spongiform, or ‘Mad Cow Disease’, as The Sun calmly called it.

It was rejected in favour of this one, which I drew. (I say drew, I actually I traced over an old Saatchi & Saatchi Health Education ad.) 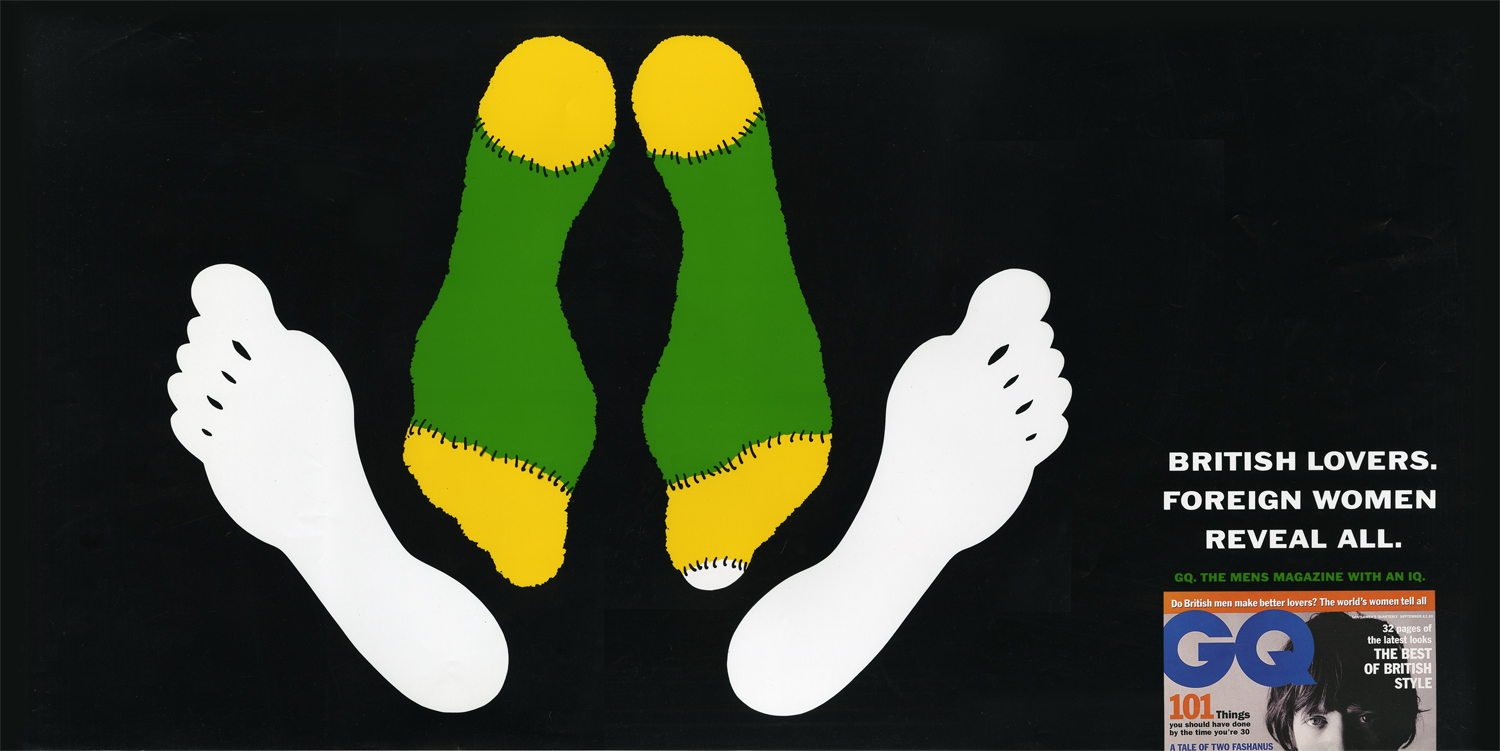 Then Mick.
This one was rejected.
(Probably for being garbage.) This one was good.

But with Mick Jagger being notoriously litigious, it was felt we should run it past him before it went to print.
It turned out he wasn’t keen on seeing posters all over London implying he was a decrepit old fogey.
Bit touchy?
We seemed to have had another shot at insulting old people, but I don’t think this ran either. Two things strike when looking at this stuff again: Why were we always having a pop at people? Old people, Cliff Richard, Prince Edward, Mick Jagger.
Admittedly there was an article on Mick Jagger At 50, but we could’ve celebrated him rather than berated him.
Also, Franklin Gothic Wide, what a great font, must use it again.