Simons Palmer was the home of the Nike poster, they produced endless great posters which produced endless awards.
So getting a brief for one, even a little 6 sheet for the Rugby World Cup, was like getting a ticket to the ball.
When I first got there I was handed this approved line written by my shiny new writer Mark Goodwin.
I didn’t really get it to be honest, I’m still not sure whether I’m missing something?
But I toiled away, arranging and rearranging the squashed up Futura font to try and give it its own look, but still very Nike.
A warning sign seemed to be the way to go, the font was a given, the things to be decided were what colours? Red and white were a given as they were Nike colours and the most warningy of the colour wheel.
Bars: With? without? If with, how many and how thick? I settled on putting a bar between each line, because it looked designy and cool.
I showed my new boss Mark Denton.
“Yeah, I like that, it looks great… right do you want to do a completely different looking one now, do whatever you want, let’s see how it turns out.” 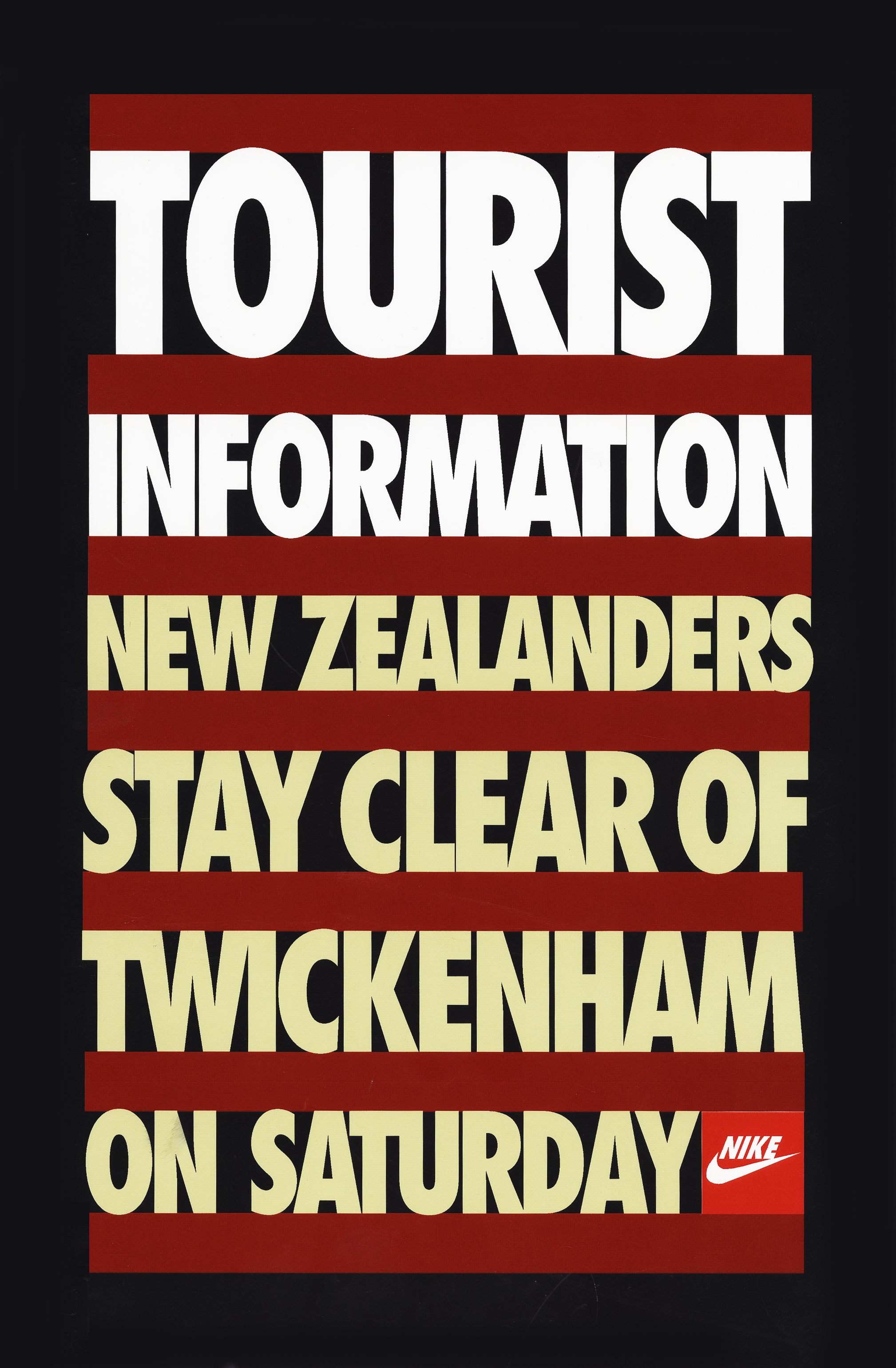 Jesus! He likes it, but wants one that looks nothing like it.
Idiot!
What a waste of time!
Why can’t I just work on other briefs and get some more work out?
In retrospect it may have been because they didn’t have any new briefs to hand out.
Me, impertinently: ‘Like what?’
Mark: ‘What about that book you showed me, on that old Dutch bloke?’
The old Dutch bloke was H. N. Werkman.
Typographer, printer, artist and all round show off. 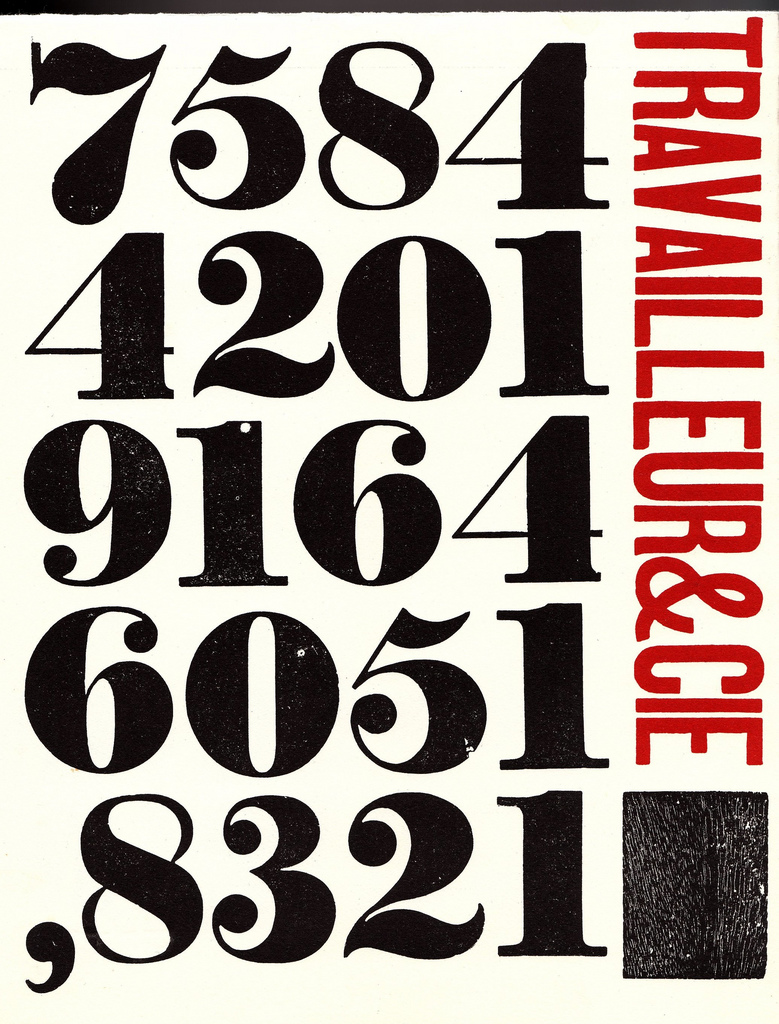 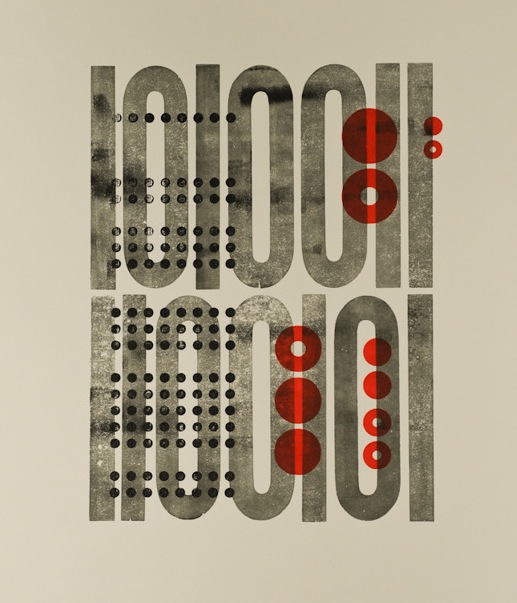 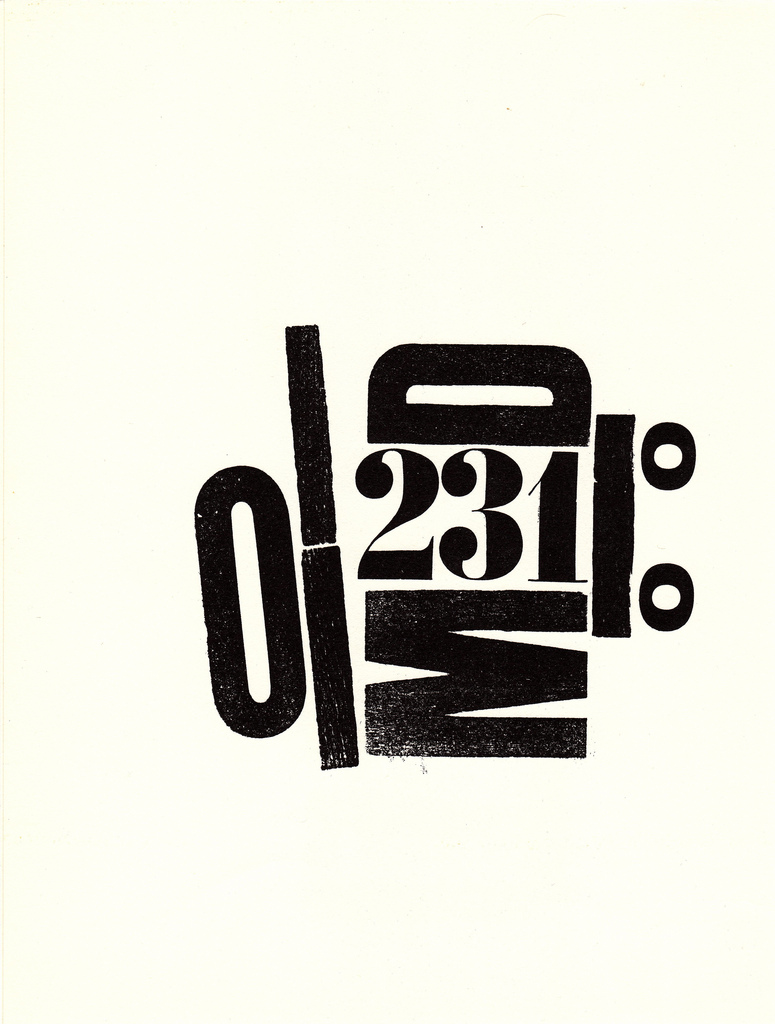 Brilliant, now I’ve got to put together my Nike ad in the style of some old Dutch geezer who’s work called for ‘spiritual resistance against Nazis’.
Easier said than done.
I spent the next few days trying to get into Anti-Nazi, H. N. Werkman’s frame of mind.
Maybe his two colour design stuff could work?
Eventually Tis, (typographer John Tisdall), and I came up with this. 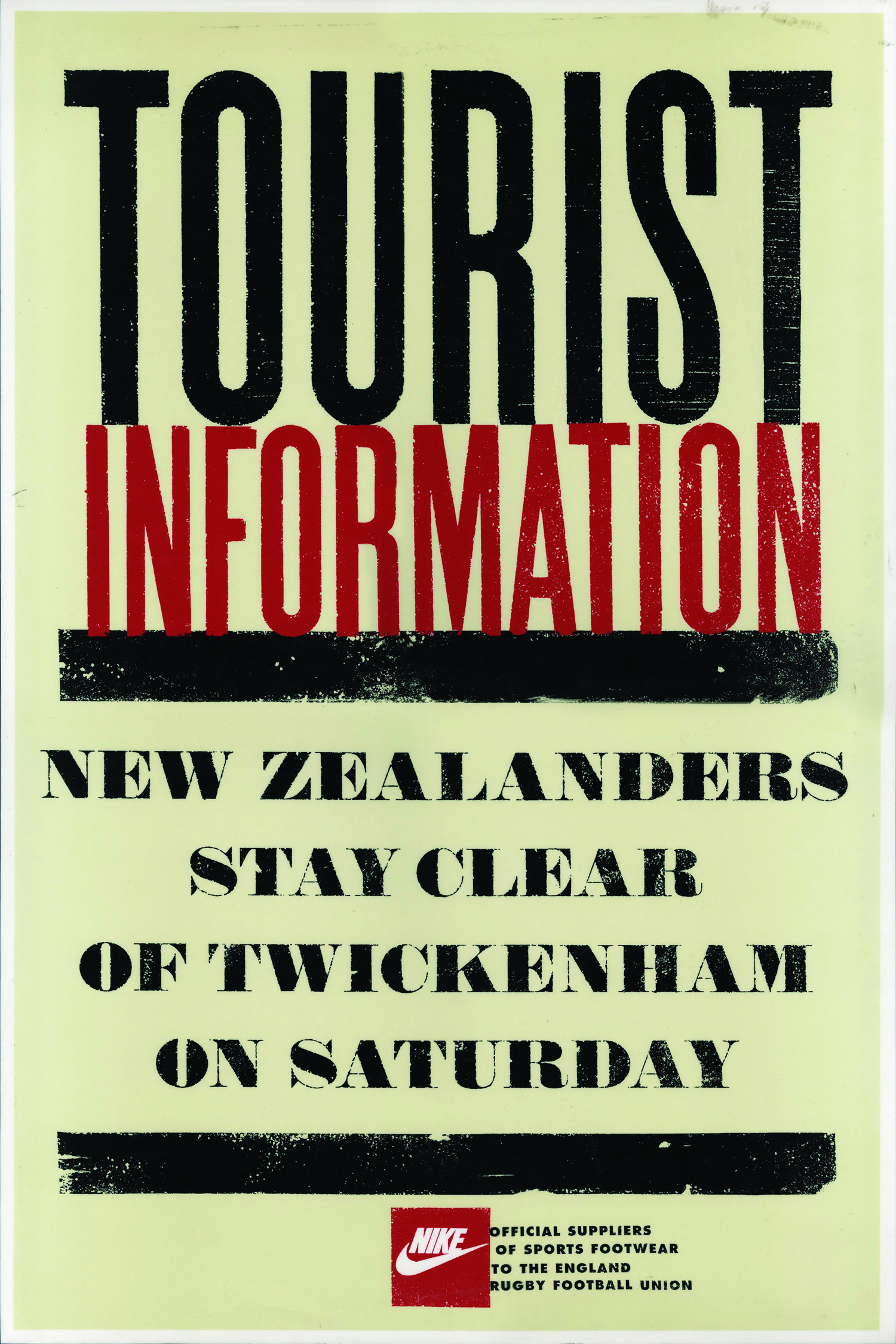 It got into the D&AD Typography section that year.
The first layout wouldn’t have done, the idea wasn’t strong enough.
Perhaps there was method in Mr Denton’s madness.

1 response to NIKE: There is no finishing deadline.