Newspapers deal in stories, they have to find them and write them up every day.
If they find good ones their sales increase.
So when agencies try selling them brand campaigns, they tend to think it’s a lot of namby pamby nonsense.
Instead they prefer their marketing to be based on specific content.
That could be anything from a scoop to a serialisation of an autobiography.
The problem is that the stories are rarely on brand, they are often the kind of thing that any newspaper could print, it just depends on who gets there first.
So having a very branded template is crucial to tie that story with your newspaper.
Here’s some stories we had to promote:
MARLON BRANDO’S AUTOBIOGRAPHY. EXCLUSIVE EXTRACTS. 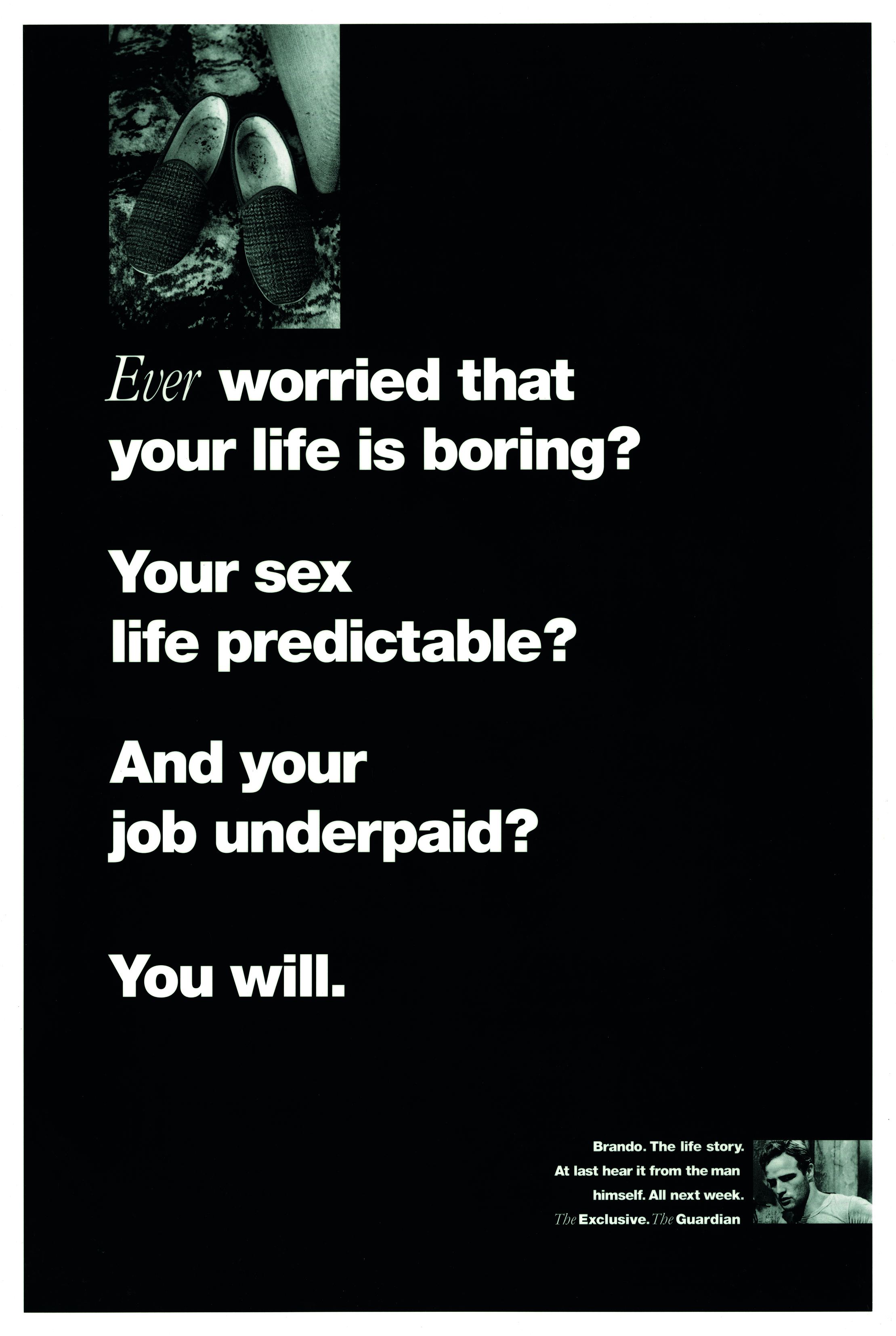 Why, when it’s about Brando, by Brando would you not lead on Brando?
This was much better, it has a much higher percentage of Brando. 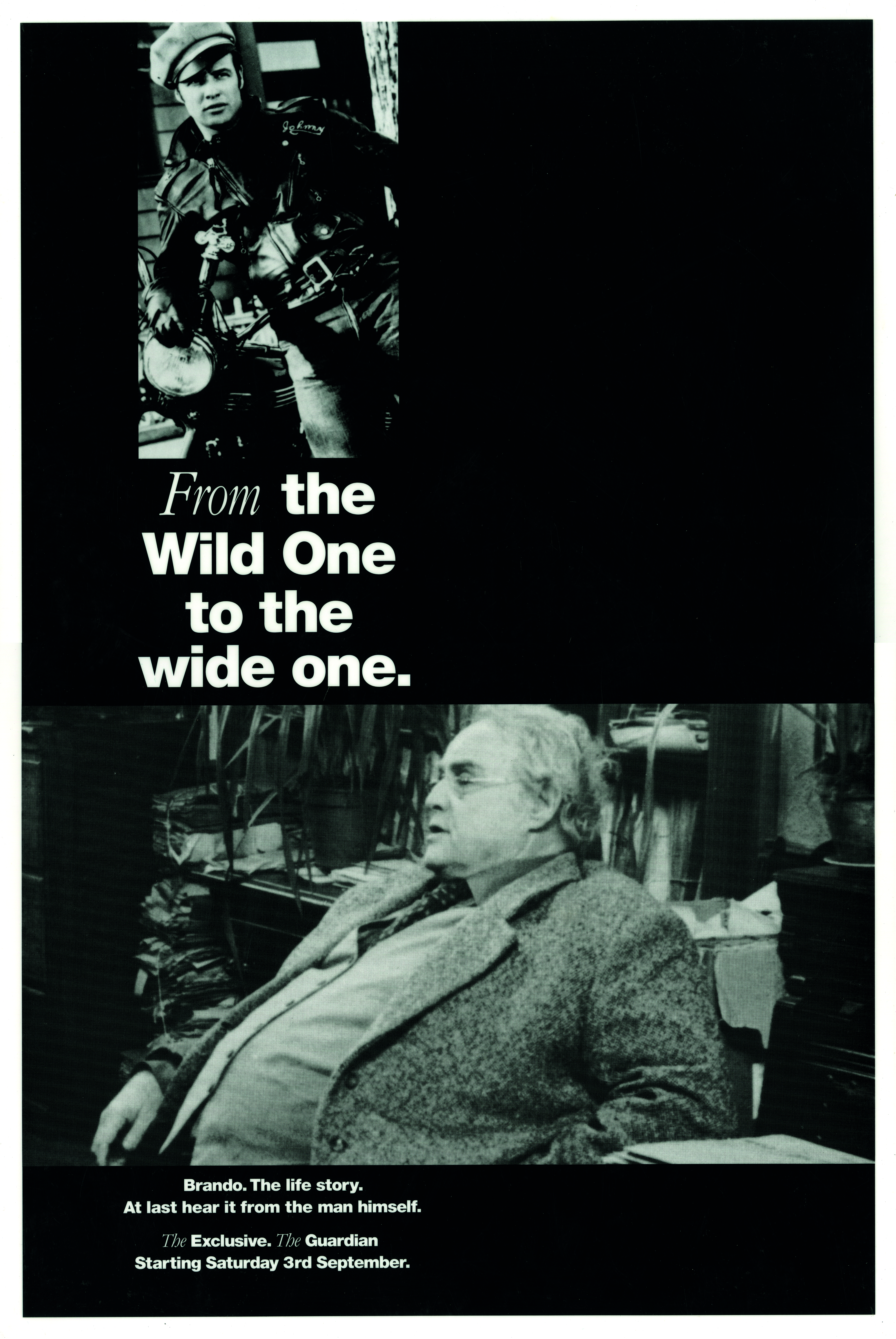 THE GUARDIAN NOW HAS A BIGGER SPORTS SECTION. 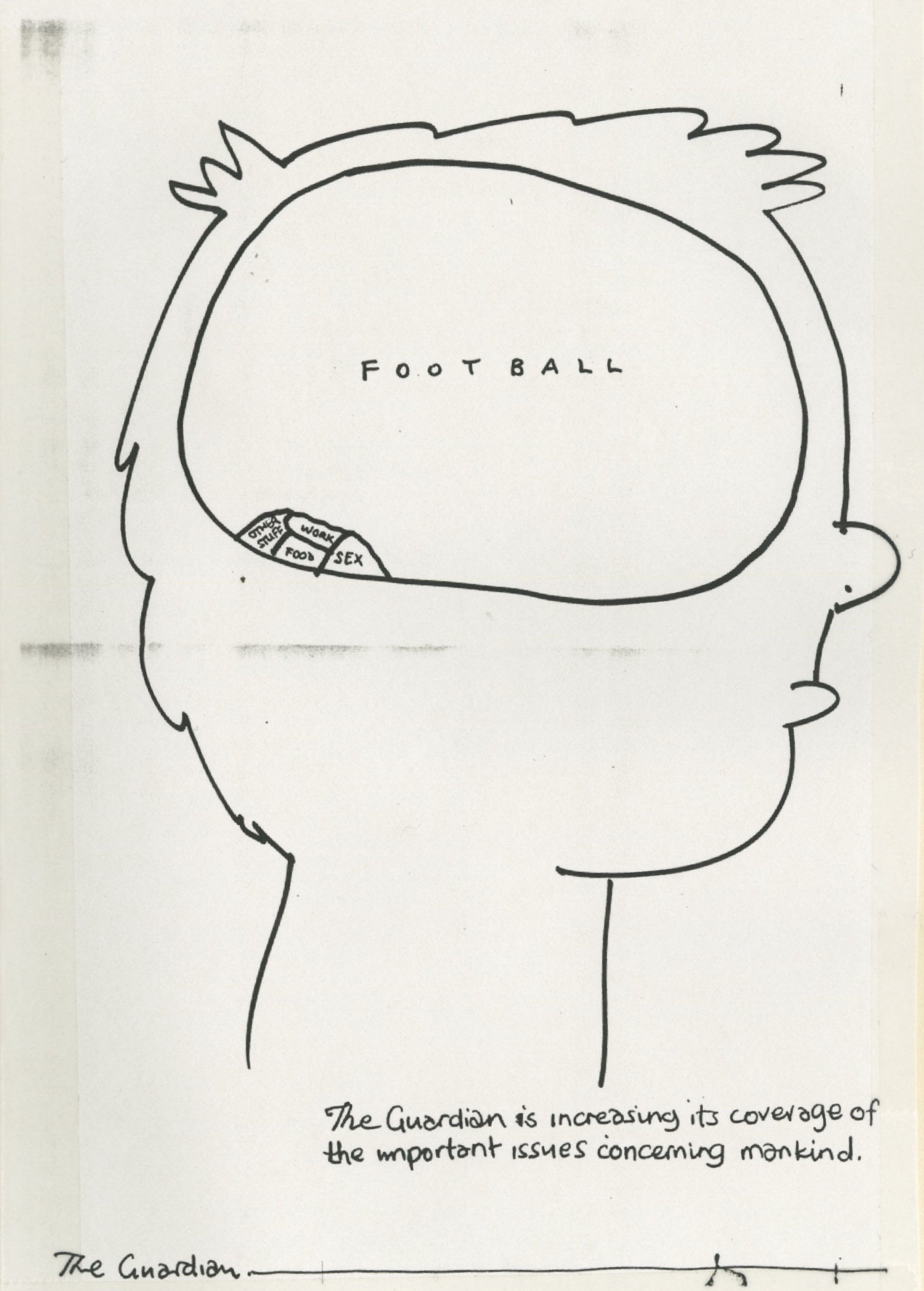 The idea above was rejected in favour the one below. Shame. 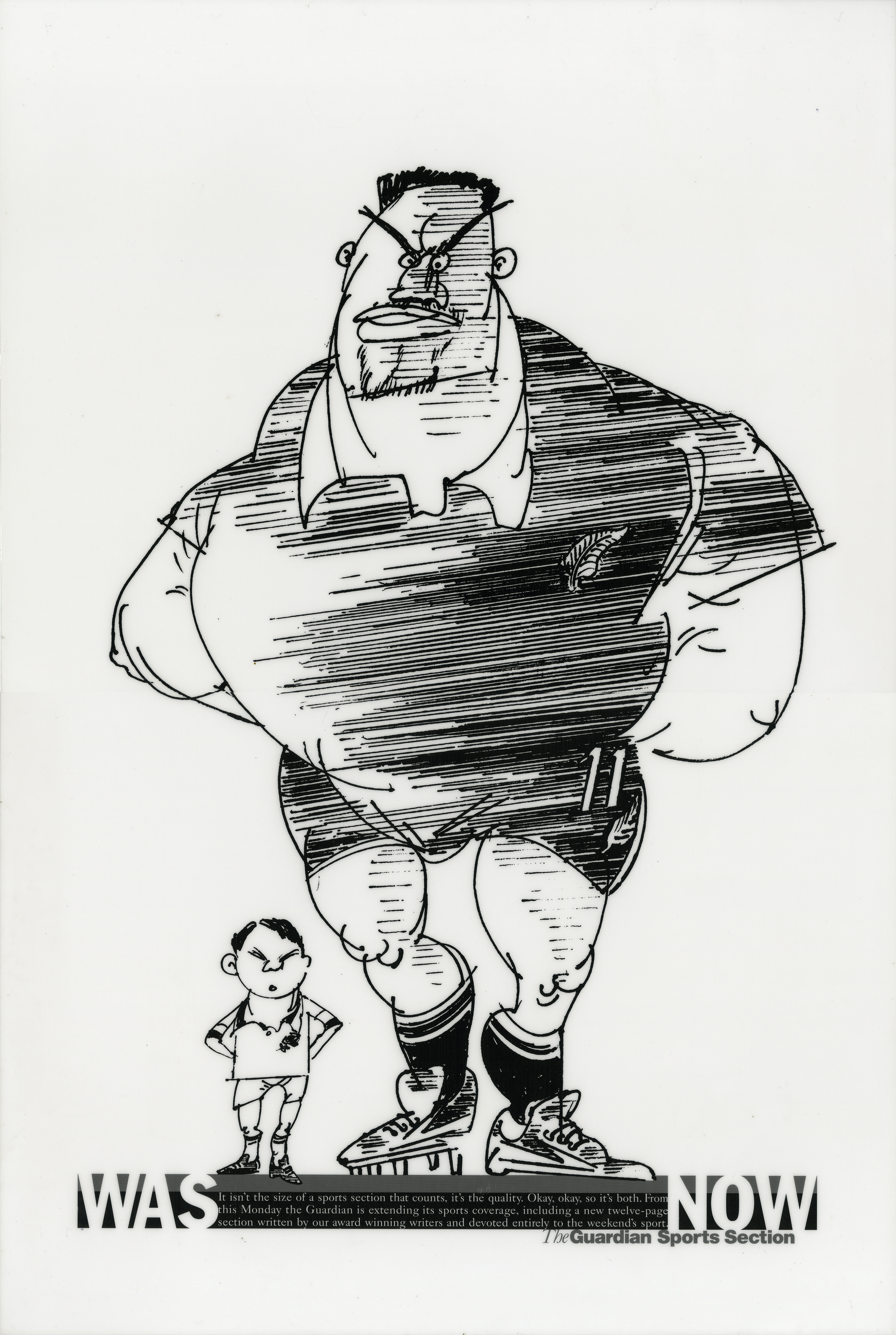 THE FRED WEST CASE.
It’s six o’clock when Tim Delaney walks in: ‘We need to send some ads over to The Guardian…in about an hour, new book on the Fred West case…what are you waiting for?’
Some people would hate that kind of brief, I loved it.
The Guardian have to buy, they’ve no time to fiddle with the ideas or the art direction.
The only issue is actually coming up with something good within the hour.
Two ideas were bought. 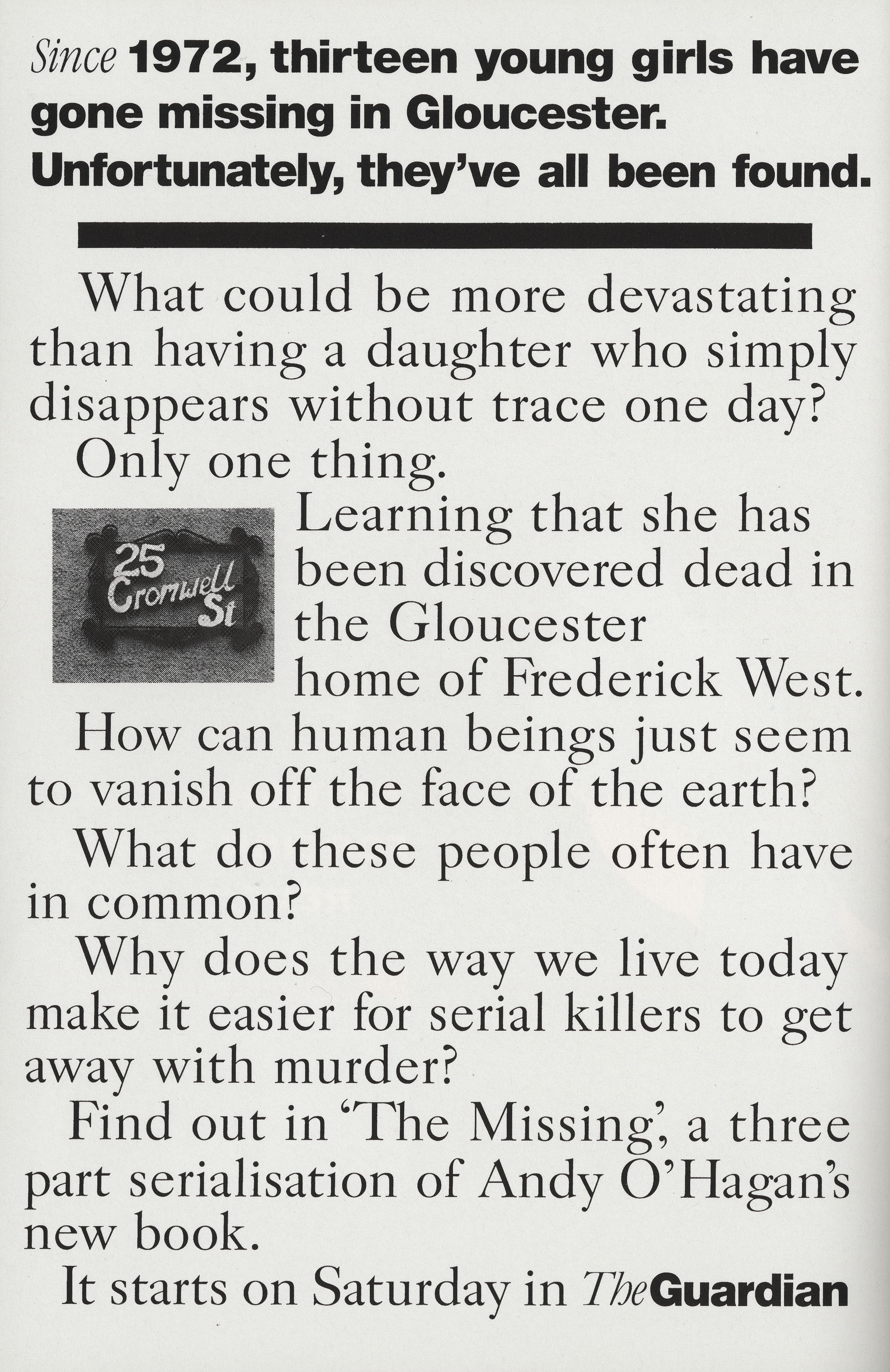 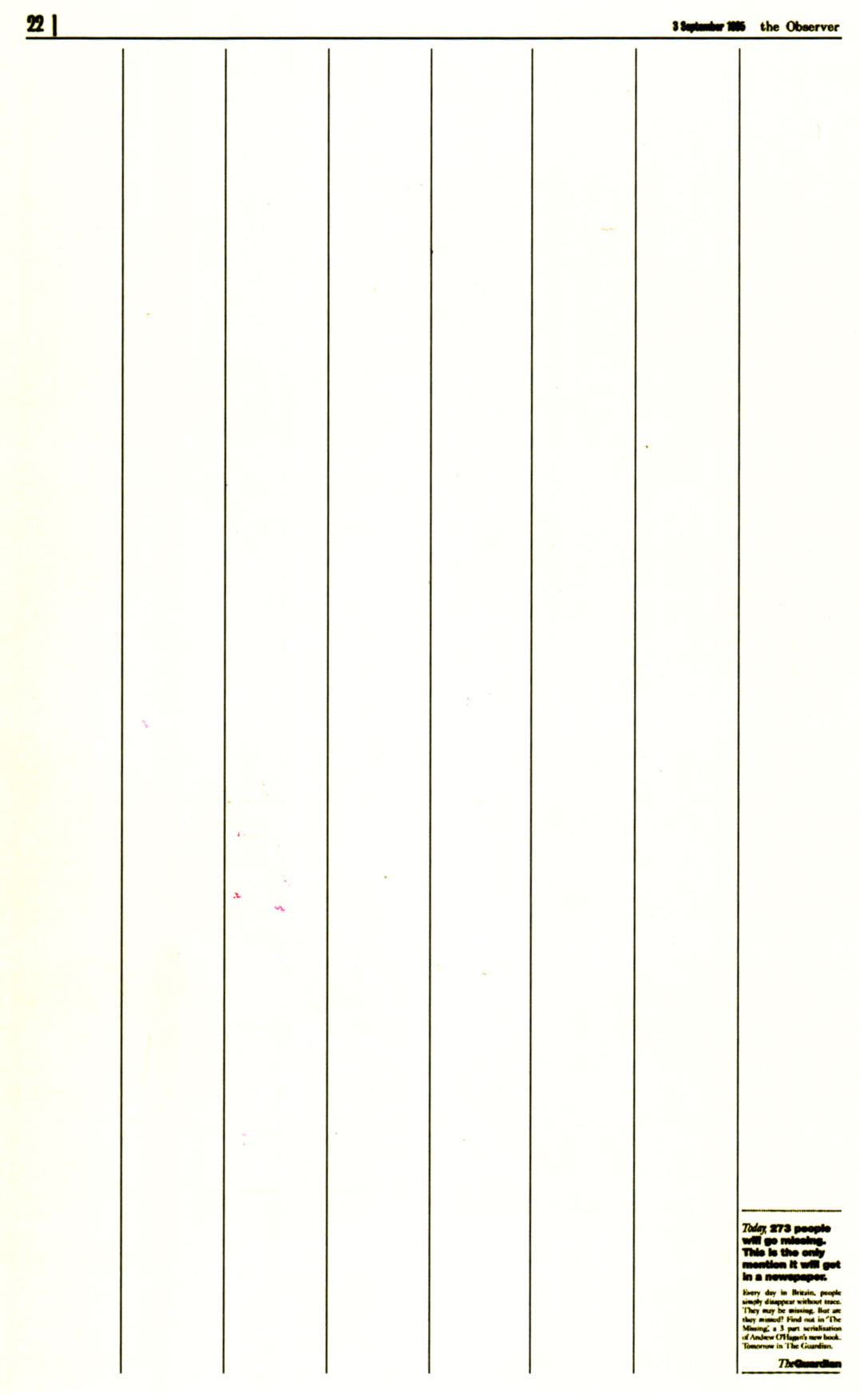 THE GUIDE. FIND OUT WHAT’S HAPPENING IN LONDON.
What strikes me most about these now is how aggressive they are.
We had a couple of goes at Jeremy Beadle.
Once on a 96 sheet.

And once on 6 sheets. (Sorry Jezzlington.) 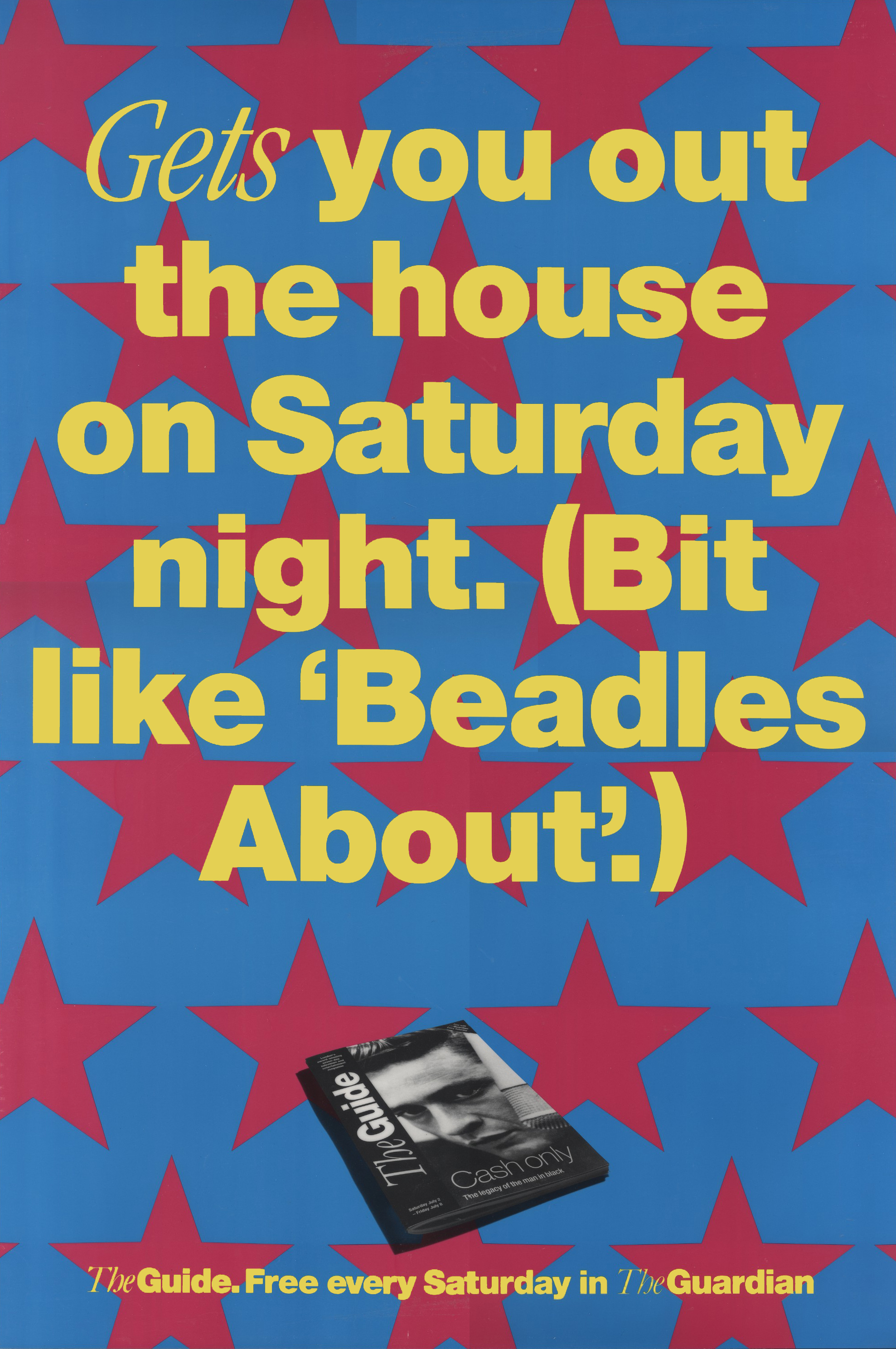 Then Tottenham.
Not so personal but did we pick them for any other reason than myself and the writer Tony Barry were both Arsenal fans? I can’t remember. 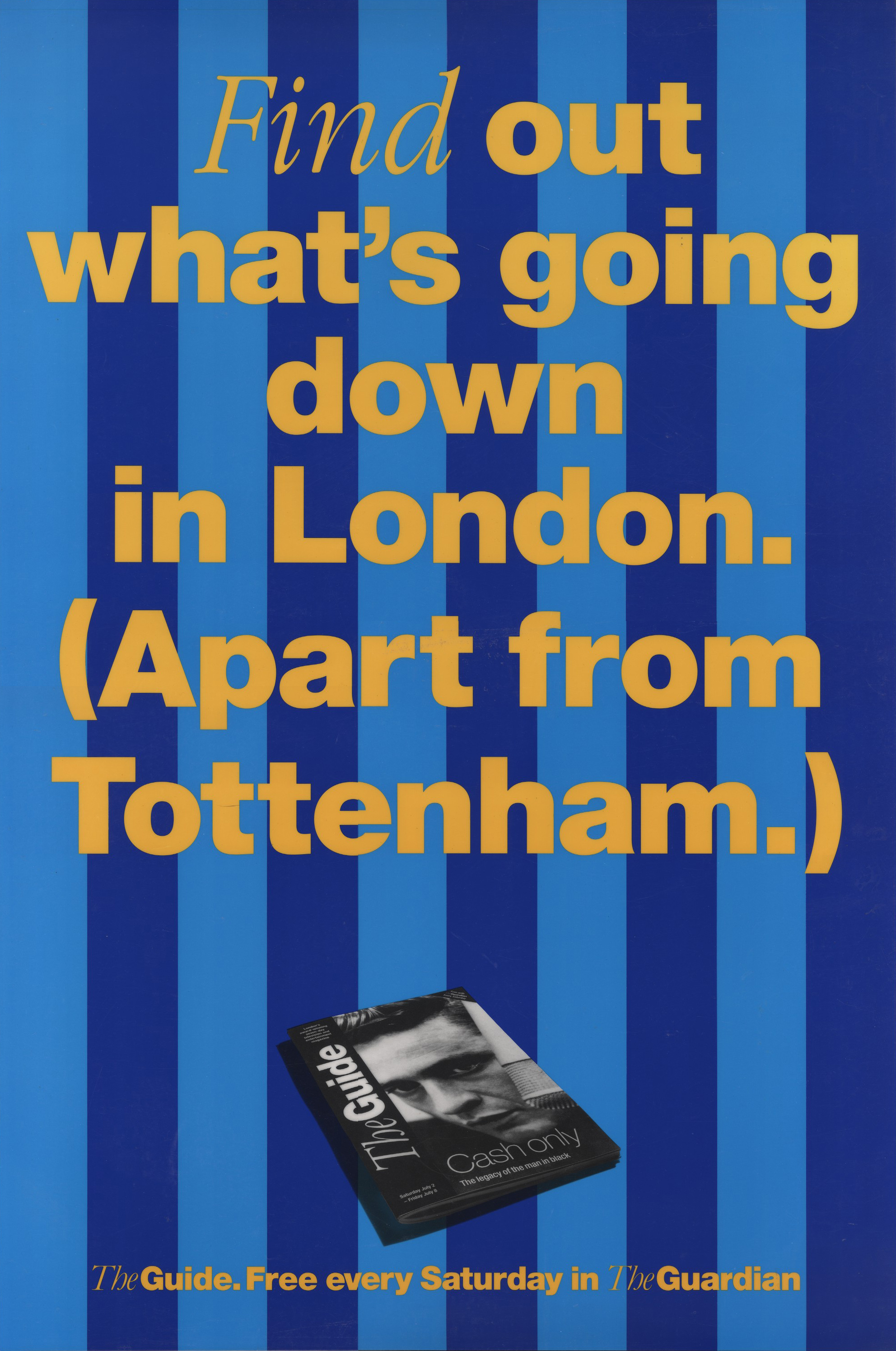 …and Lady Porter, although to be fair she had just been caught robbing London. 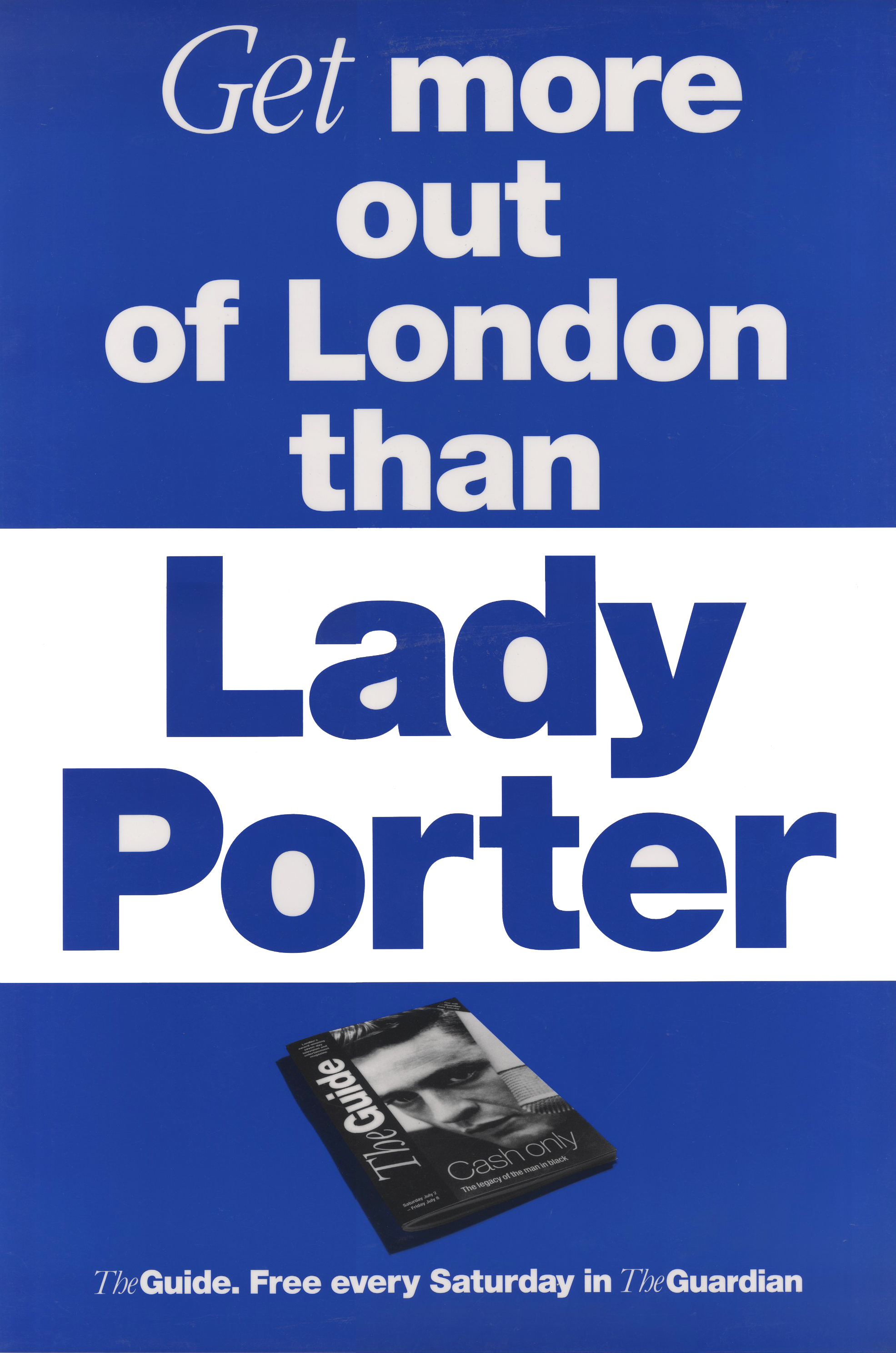 Then we implied everyone reading our posters was boring, or bored. 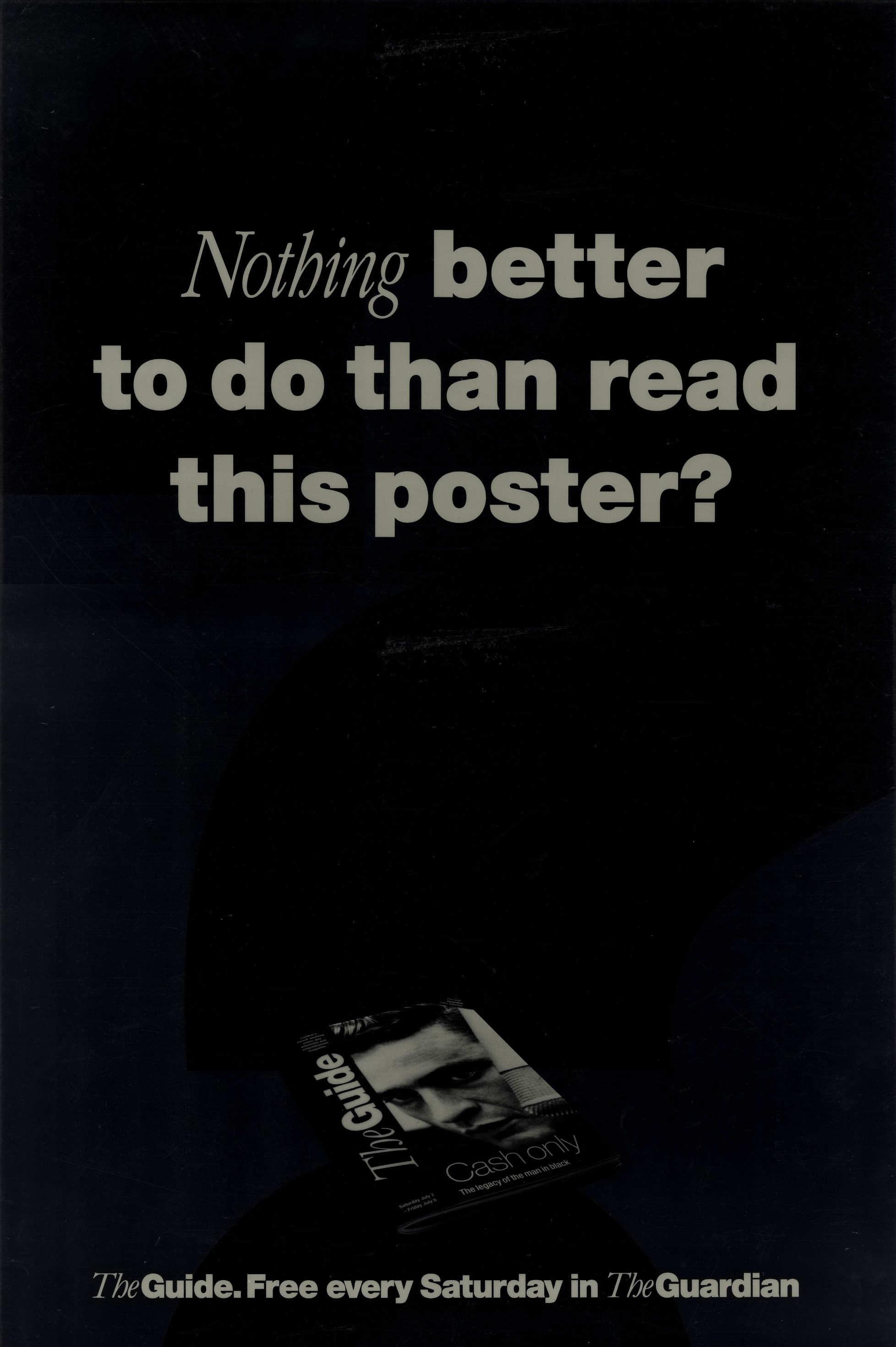 We spoofed this very famous BBH campaign of the time. 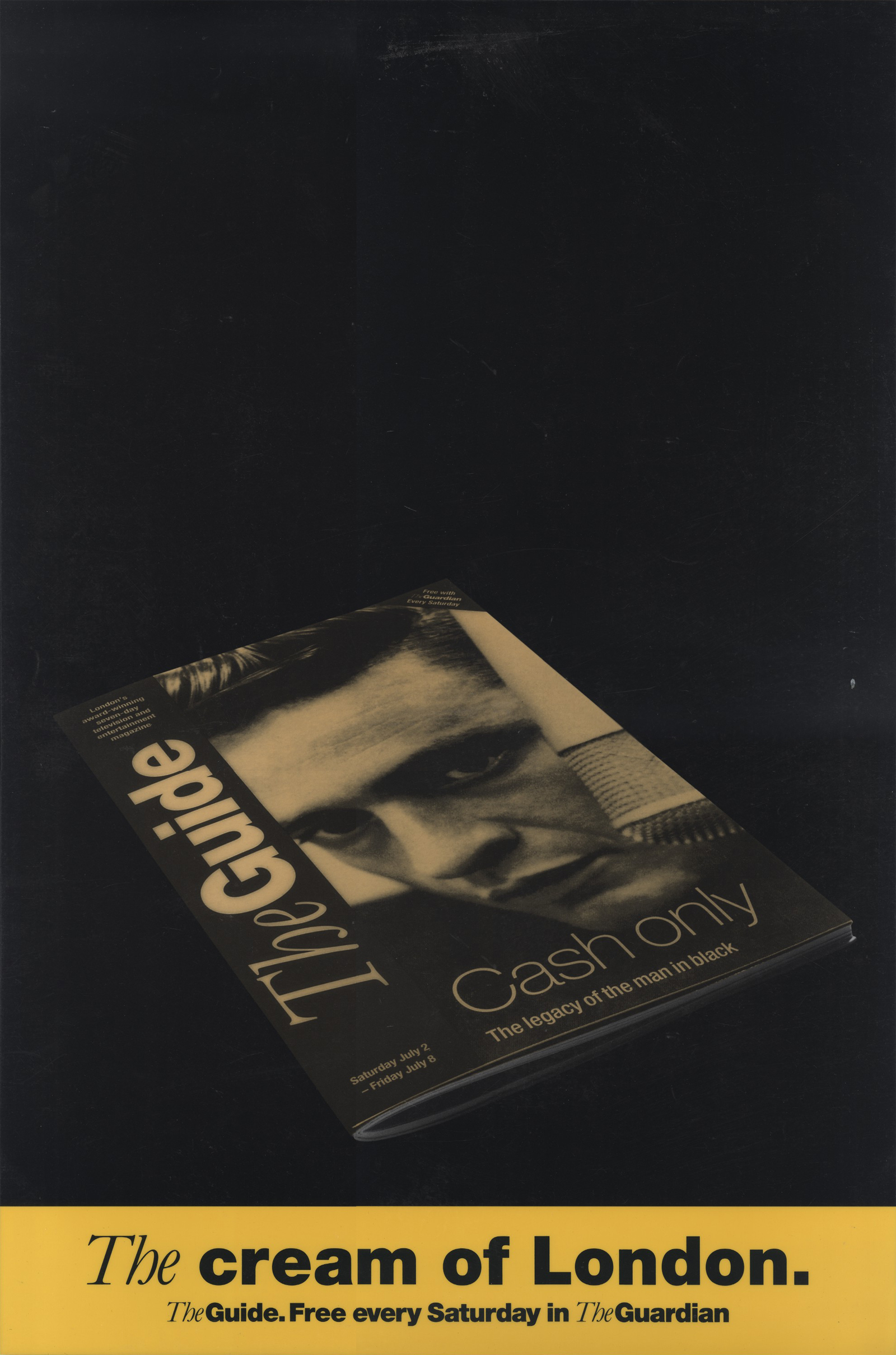 We made a naff old, Benny Hill style joke, looked good though. 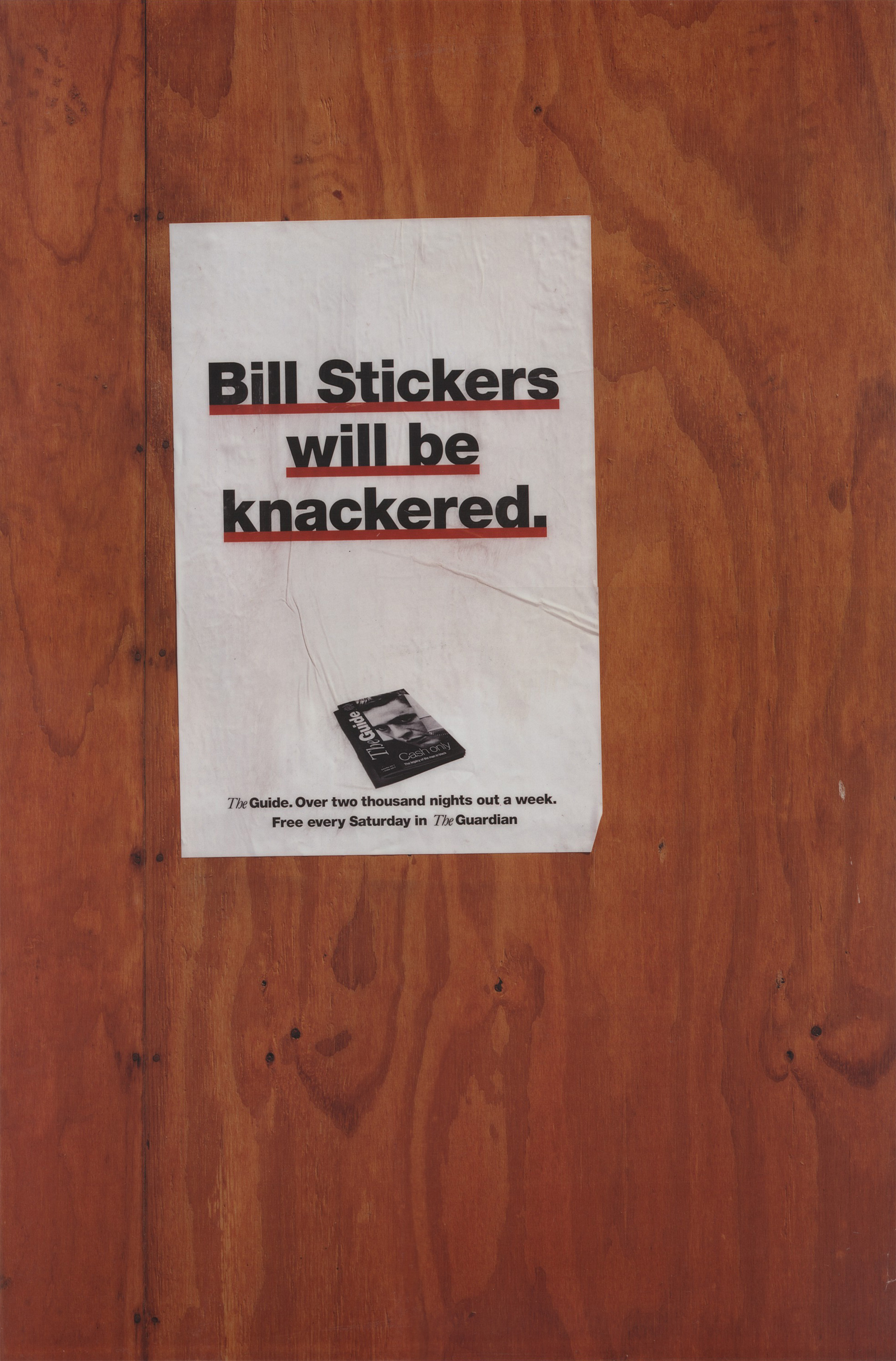 Got this one rejected for being too clever. 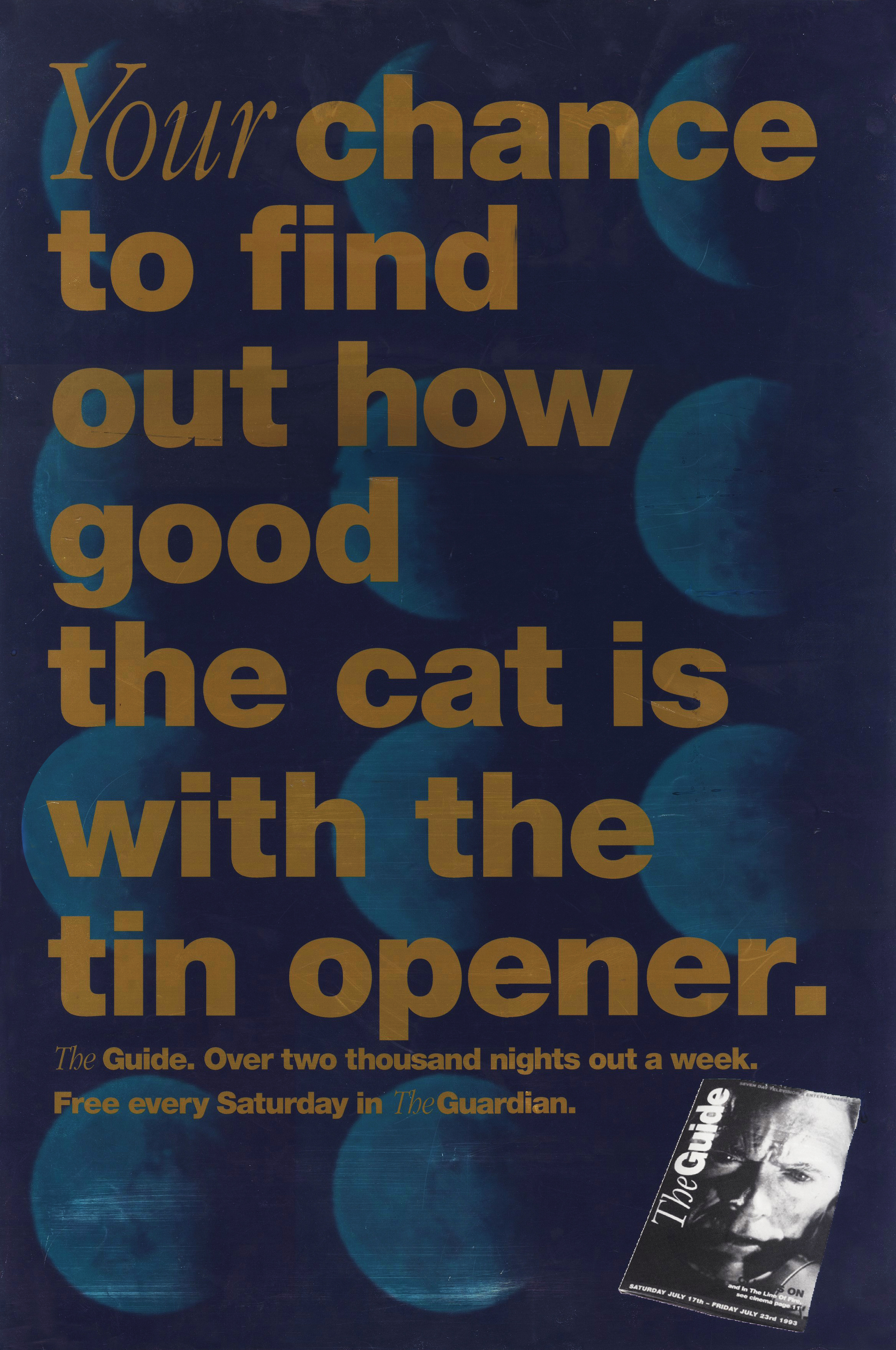 And finally, had another pop at Tottenham, well their diving new striker. 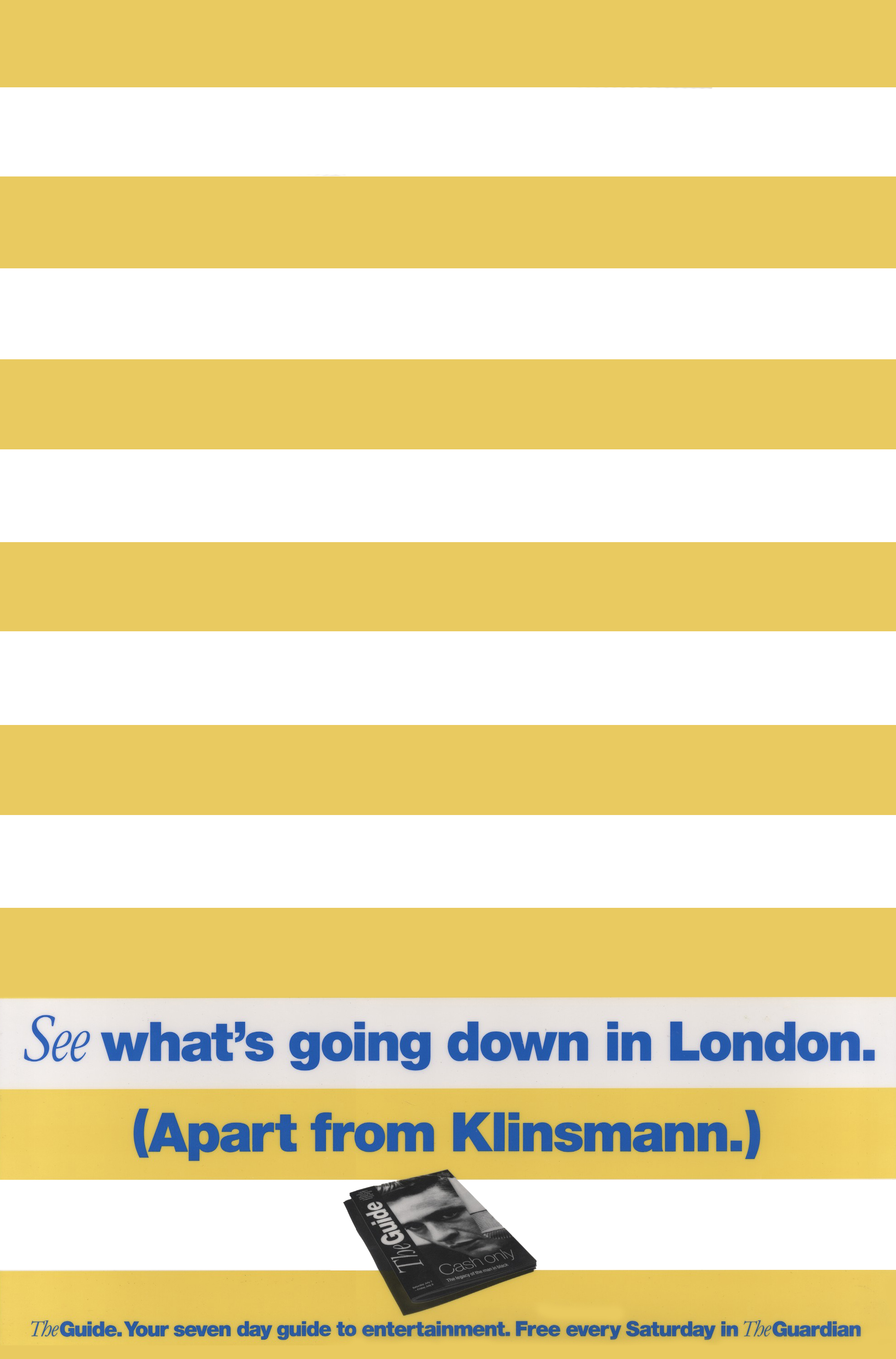 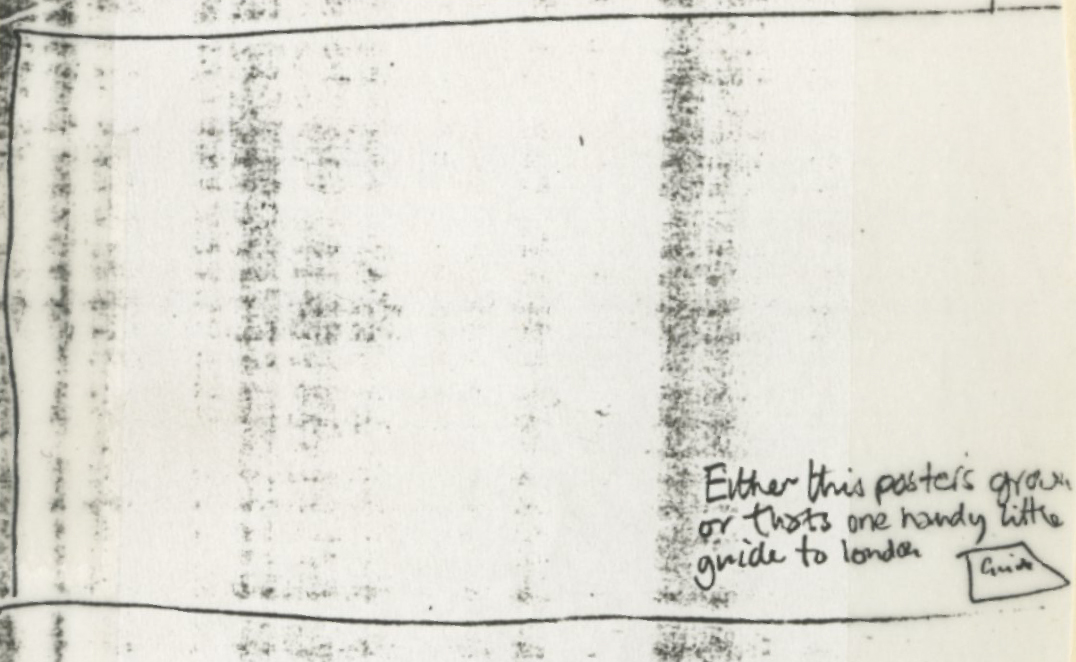 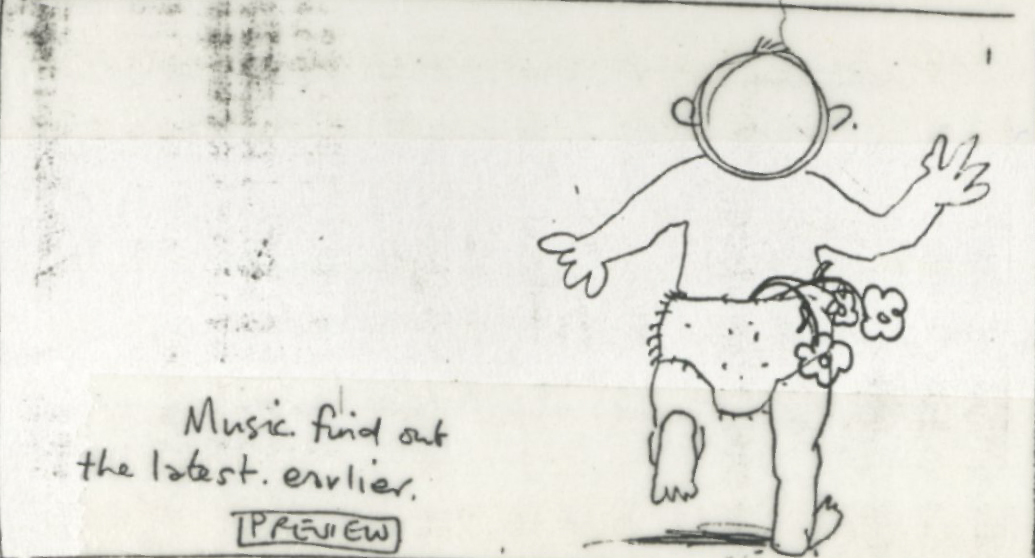 (Morrissey wouldn’t give his permission.)

TRADE:
Even in the trade we were having a pop at various individuals and companies.
A newly disgraced Politician gets it in the neck. 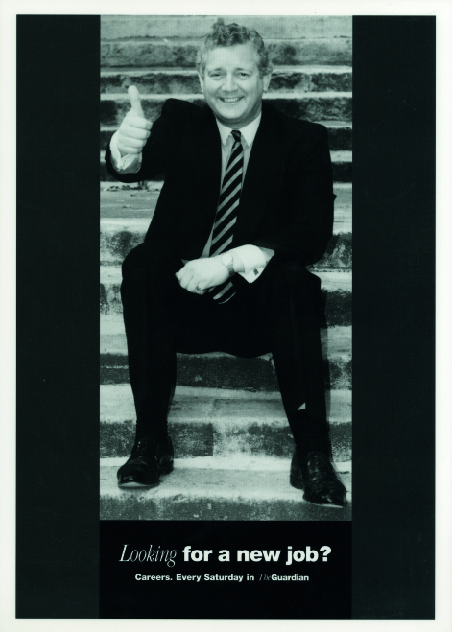 Here, a whole agency is abused. 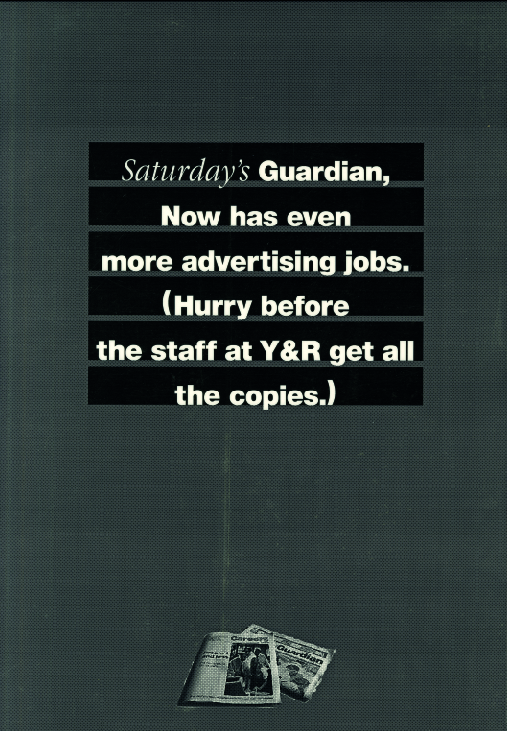 THE PABLO PICASSO BIOGRAPHY:
We zoom straight to the pages that say he stole and went to brothels. 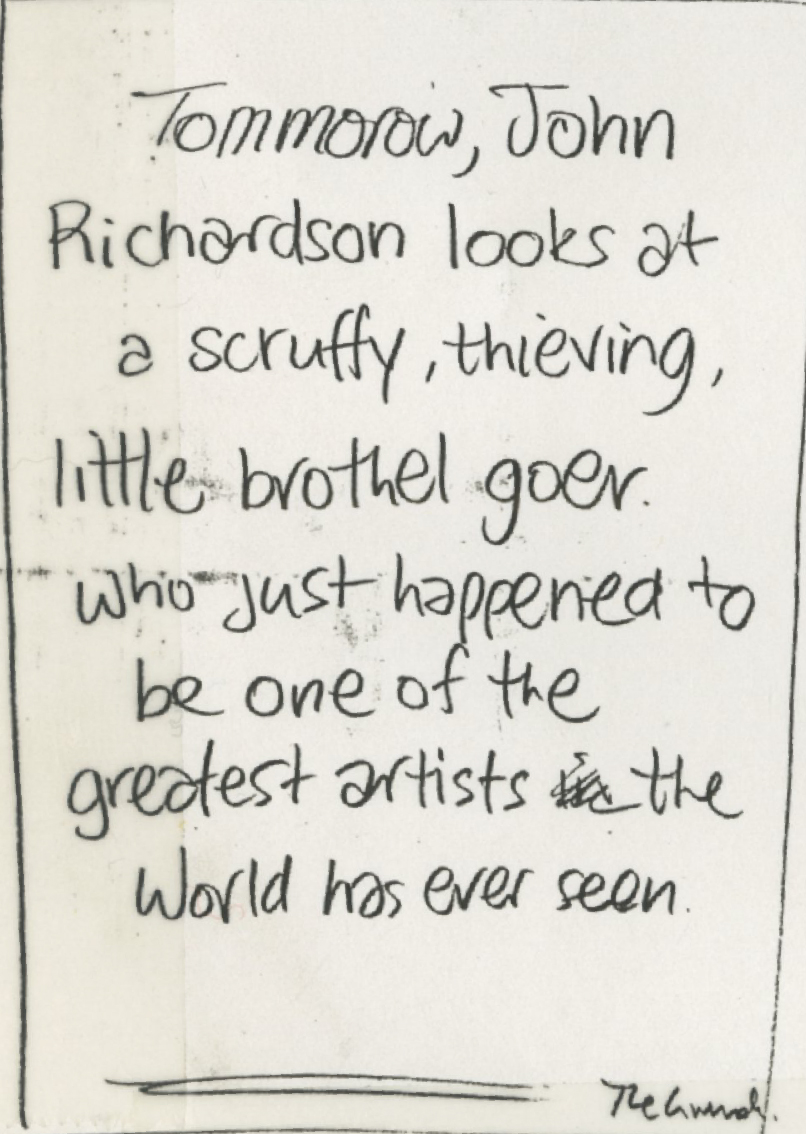 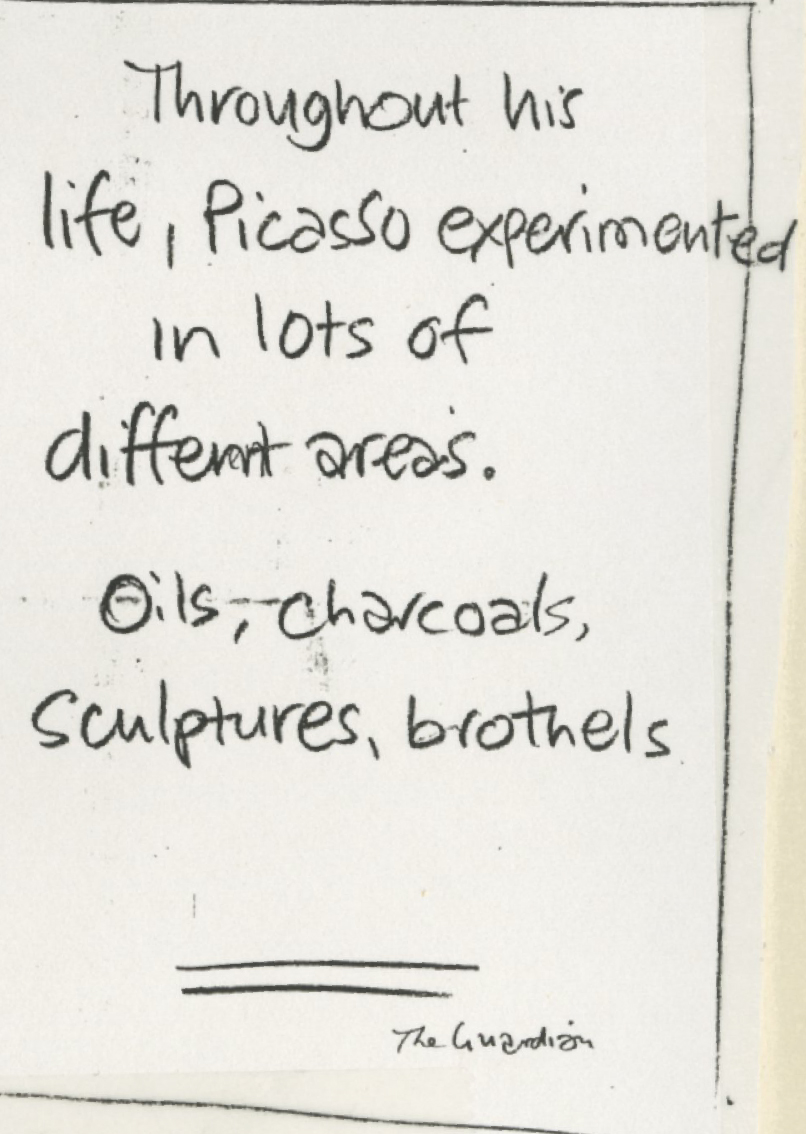 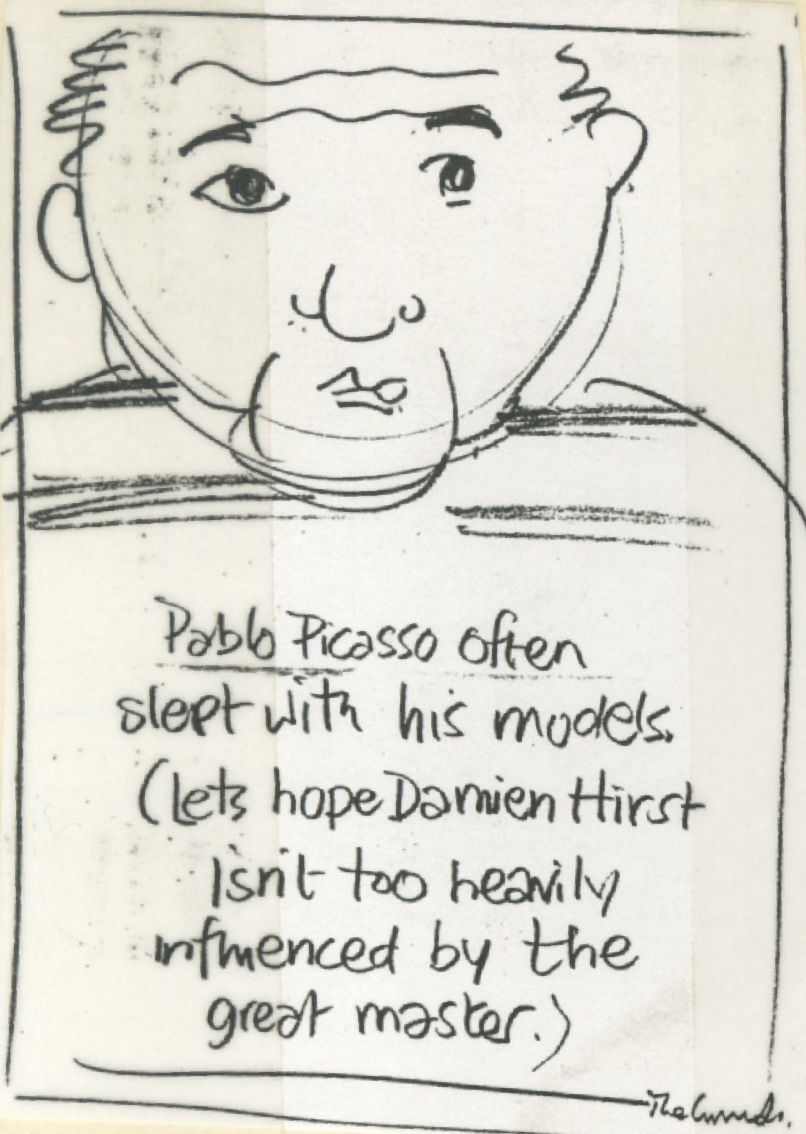 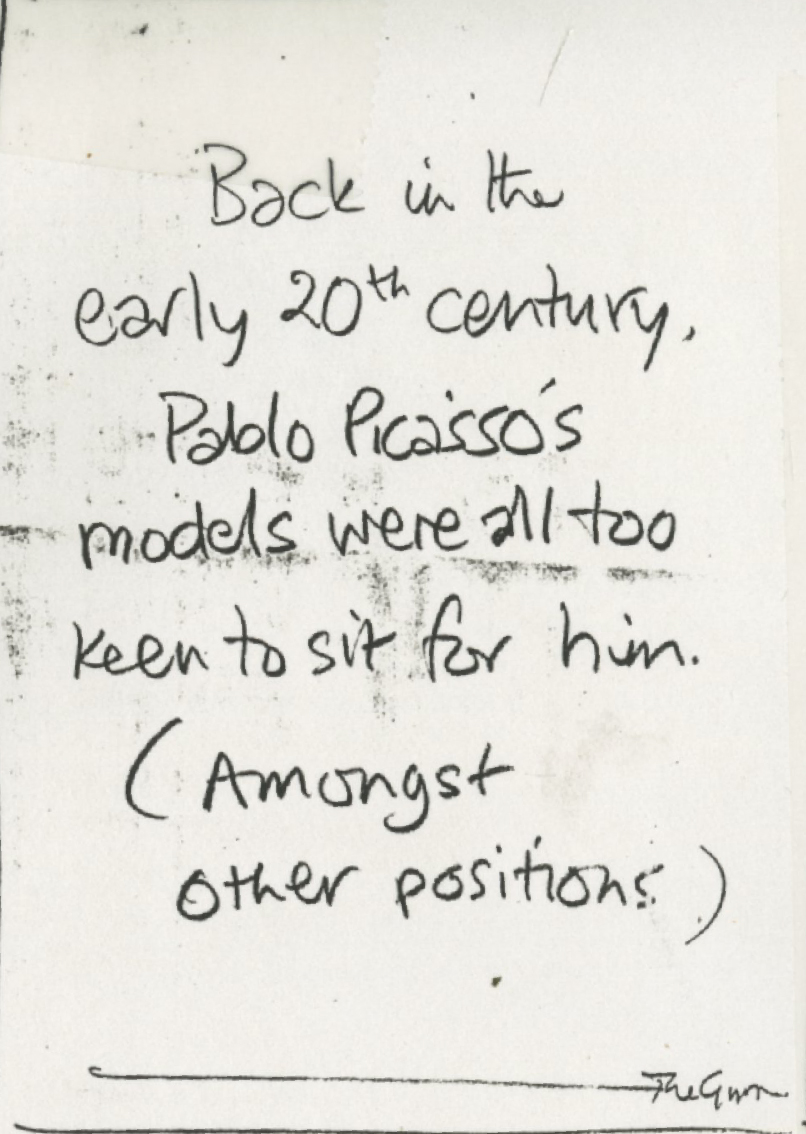 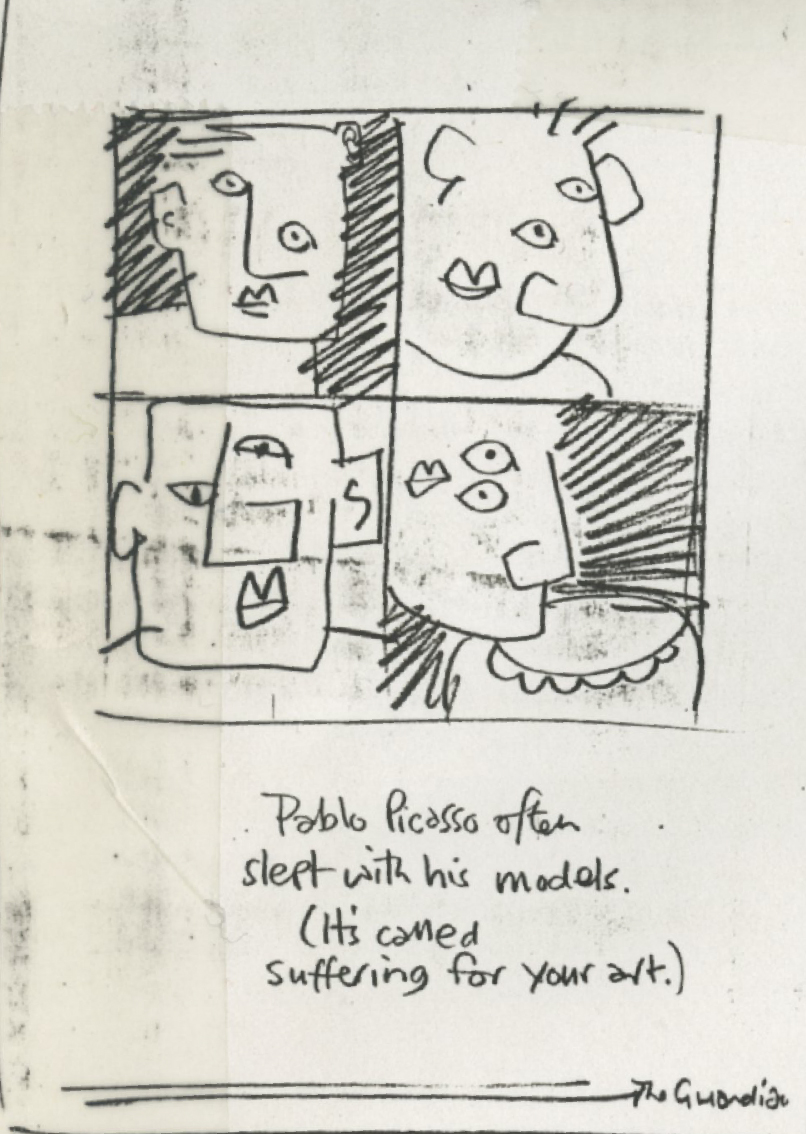 A bad gag, implying his models  looked  in real life like the do in his pictures.

And then the finished ad.
Somehow, unlike all the others, (which look like they were done by a couple of giggling schoolboys). 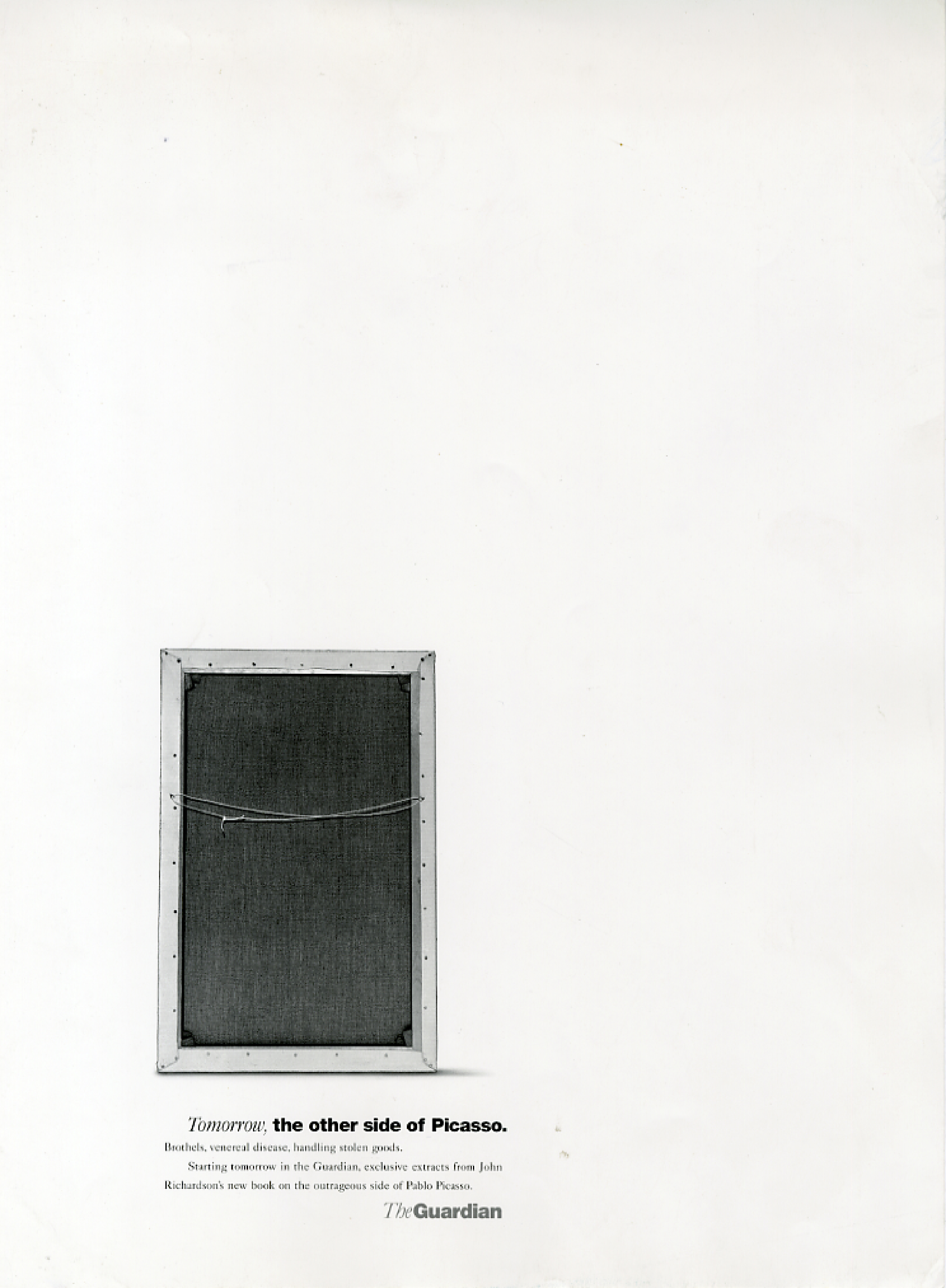 SO THE QUESTION IS: Why were we having a pop at all and sundry?
Who was the culprit?
Me?
Tony Barry?
Tim Delaney?
Leagas Delaney?
The Guardian?
Or was that just an attractive vibe in the 90’s?
Answers on a postcard to…