I risk sounding like a bad planner here.
At least he ones that make  a trend out of a coincidence. Over the last decade I’ve watched creativity in advertising shift.
Simplicity used to be king.
It was the mountain all creatives attempted to scale.
All over the globe you’d find creatives giving themselves aneurysms by trying to tell stories using as few words and pictures as possible.
‘Minimum means, maximum meaning’ as the great Abram Games put it.
Why?
Simple stands out more than complicated.
Simple is easier to understand than complicated.
Simple will be remembered more than complicated.
But, simple is difficult.
Not only to do, but to hang onto.

2. CREATIVE:
Being concise is a skill that is difficult to acquire and takes effort once acquired.
As Churchill once said ‘I’m sorry it’s such a long letter, I didn’t have time to write a short one’.

3. CLIENTS:
It’s difficult for a Marketing Director to be single minded.
They are often work a variety of stake-holders, each of whom believes their particular area is crucial to the success of the business, and should therefore be recognised in their company’s advertising.
Heritage vs NPD vs recipe vs packaging vs customer service vs price vs ‘we’re just great!’.
There is rarely an outright winner.
The only way forward is to reference the all of the messages in some way, maybe it’s handled in message hierarchy maybe it’s split over media channels.
It’s probably feels like playing roulette, spread your money across lots of numbers or put it all on a one?

The difference is that if you spread your bets in advertising you reduce your odds.
Complicated dramatically reduces your chances of getting noticed.
You are already competing against over 2000 other advertising messages a day, but who can remember 1% of what they’re exposed to?
Name twenty you saw yesterday?
I’m betting you can’t?
You’ve screened them out, your brain knows you can live a perfectly happy life without engaging with them, so saves it’s energy for the important stuff, like remembering to say ‘skinny’ when ordering your Latte.
Your brain screens out the complicated ads first, all that stuff to read and work out, who can be arsed?
Simple is tougher to screen.
Sometimes it can grab your attention against your will.

This isn’t new news.
But over the last decade simple hasn’t been the goal.
Ads have become a basket to put all kinds of random stuff into.
Which makes the process easier for everyone, because each can hold their own, slightly different opinion, nobody has to be on exactly the same page.
And as product differences become scarcer, company differences have moved centre stage.
So ads have become about the ‘vibe’.
But most use the same, off the shelf vibe; ‘friendly thirty somethings, relaxing, being 33% bonkers whilst occasionally sipping, tasting or using the product casually.’
Sam Scali, from Scali McCabe Sloves; ‘Own every speck of dust on the page’.
Meaning the page starts blank, don’t put anything on it that isn’t helping your idea.
But if your vibe and isn’t clearly defined, there’s no information that can’t be added, anything fits.
“Watch us making this ad at http://www.youmustbebloodybored.” in the corner? No problem, “Get a free 4 inch plastic presenter with every new policy opened” on the end-frame’? Consider it done.
“If cheese isn’t your thing, we also make butter!” as a flash? Sure, whatever.

WHO’S ASKING WHETHER THE PUBLIC WILL:
a) Notice it?
b) Understand it?
c) Remember it?

So, to my point; I’ve seen three campaigns recently that make me think simple may be on it’s way back.
They all answer the questions above. 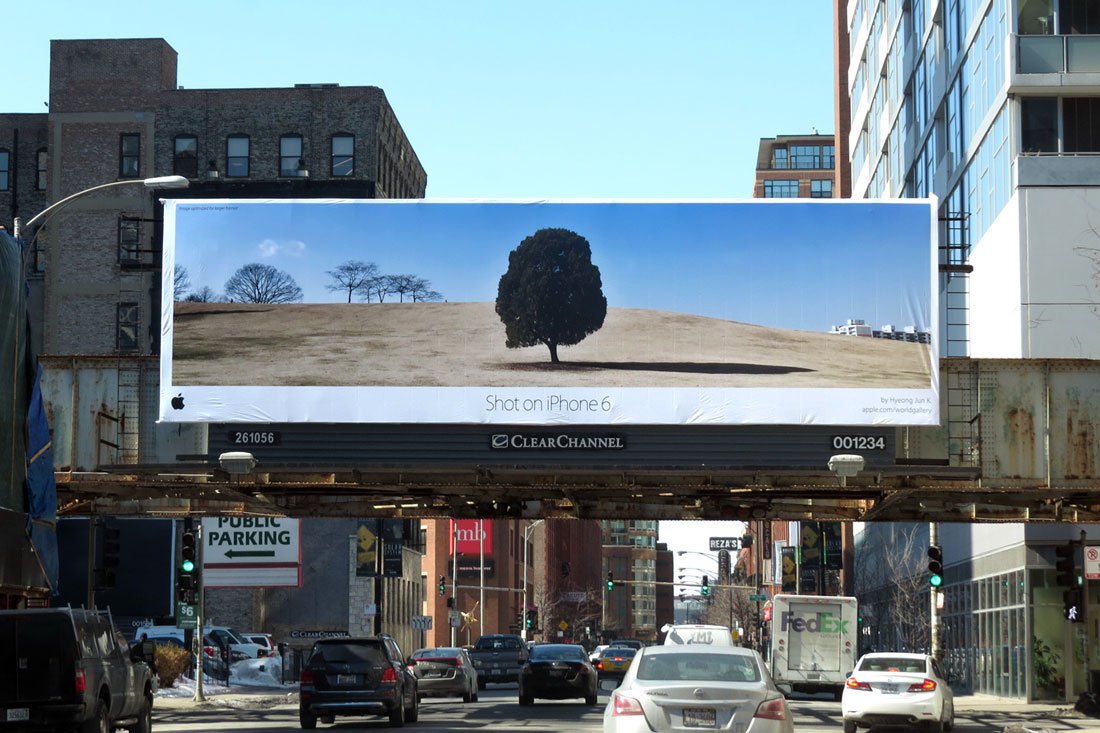 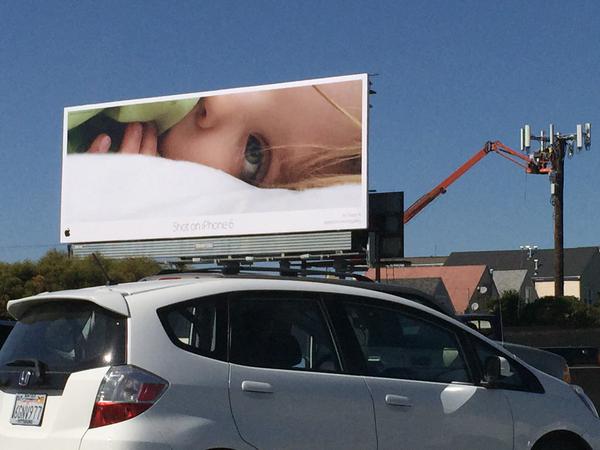 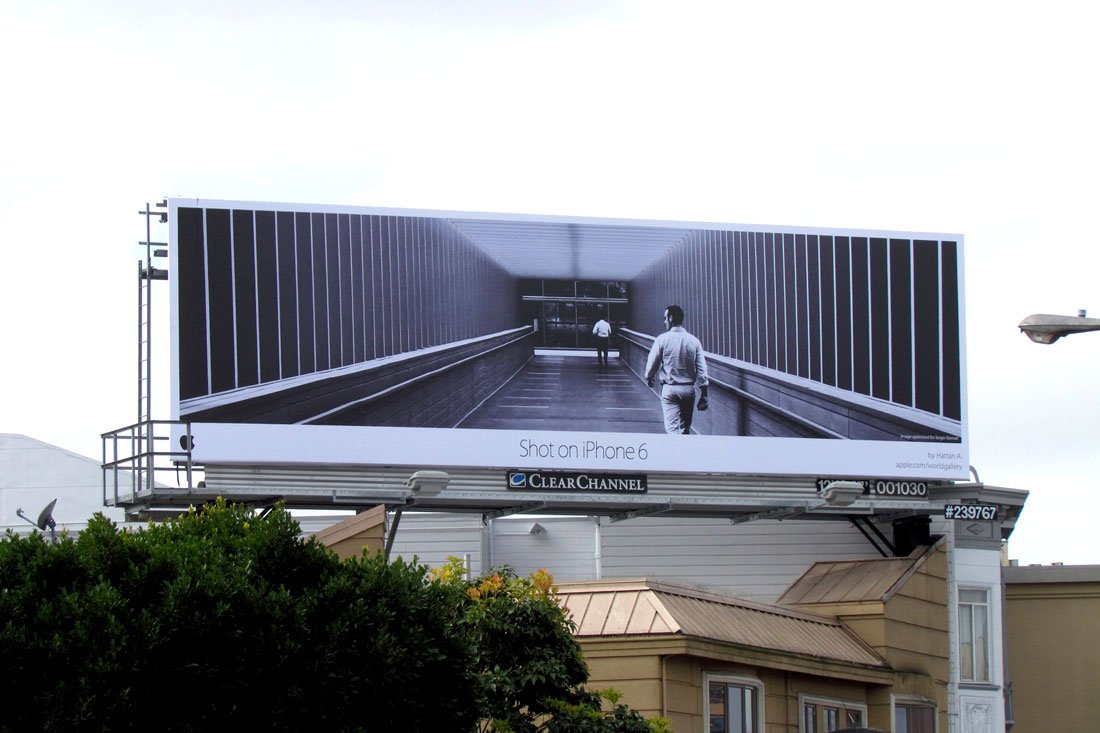 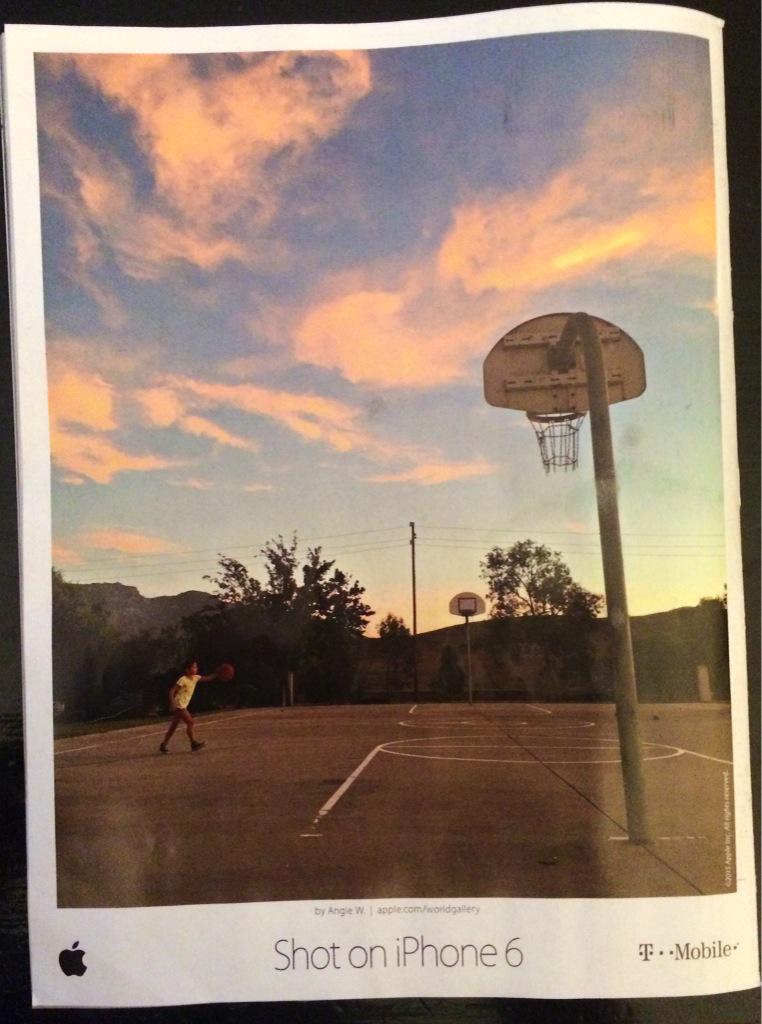 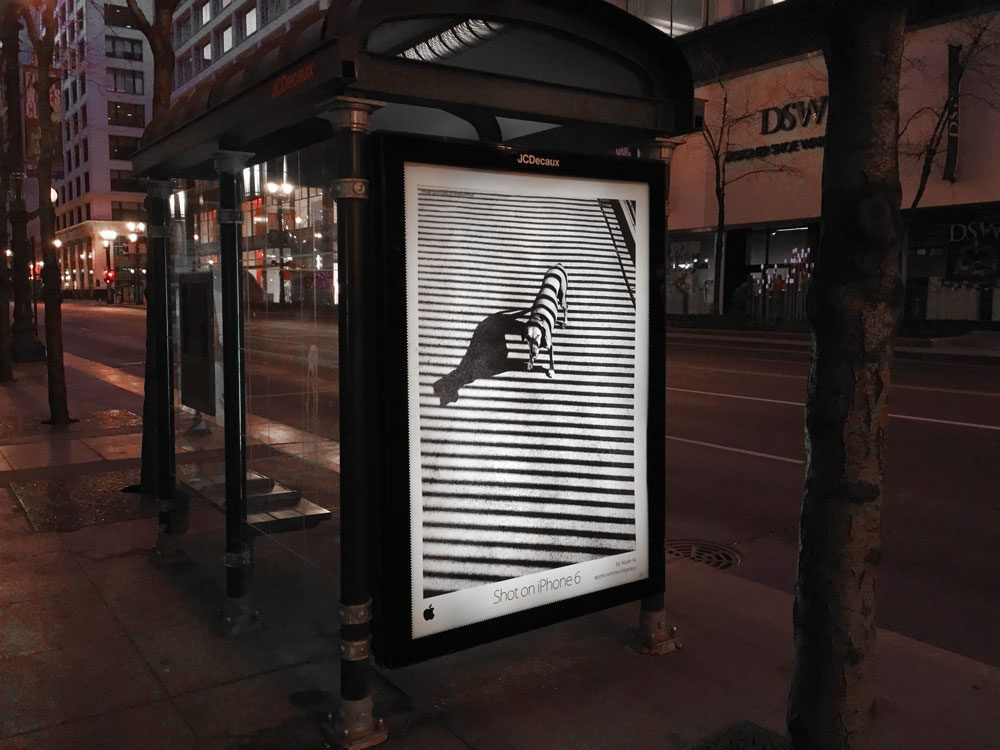 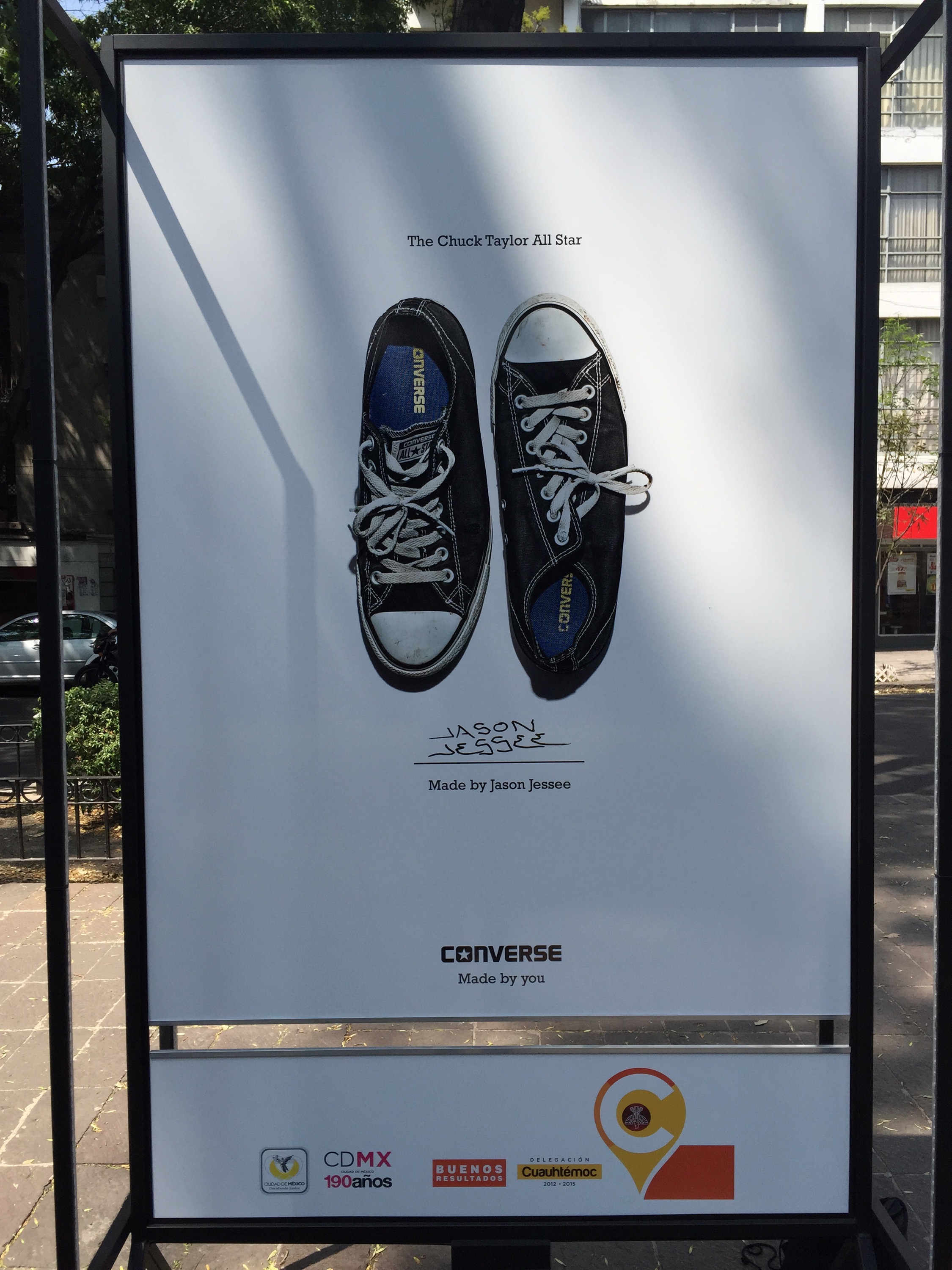 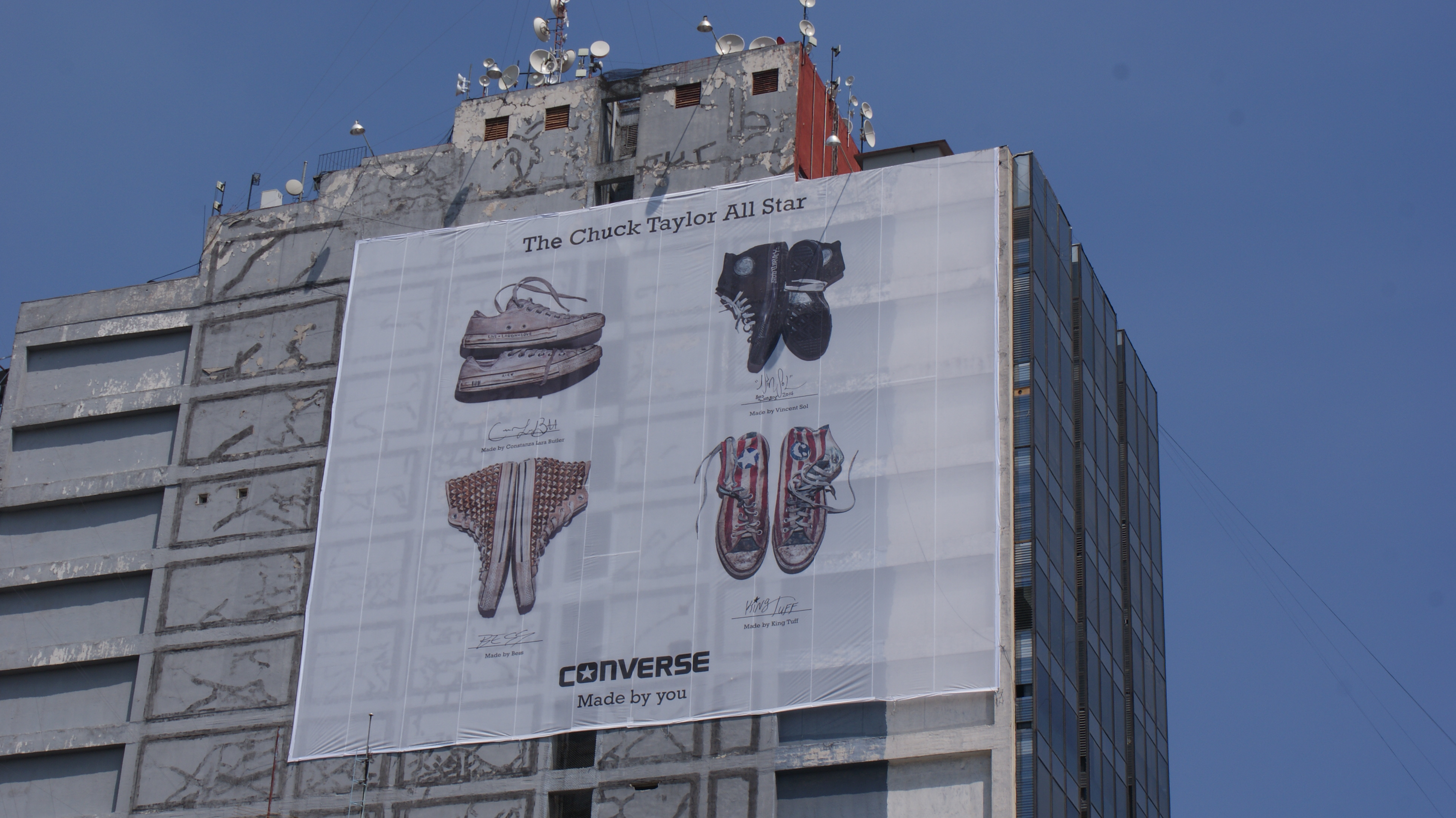 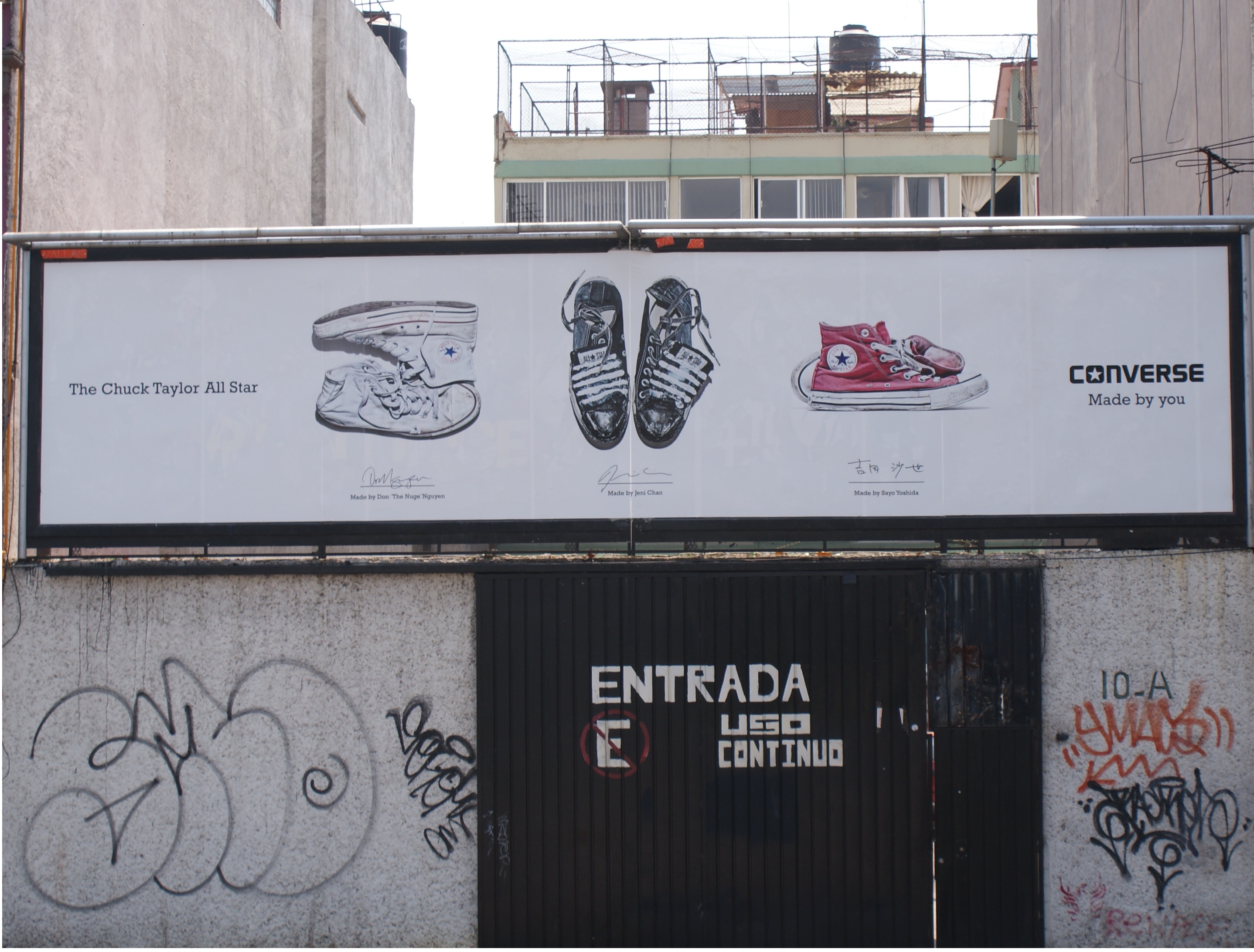 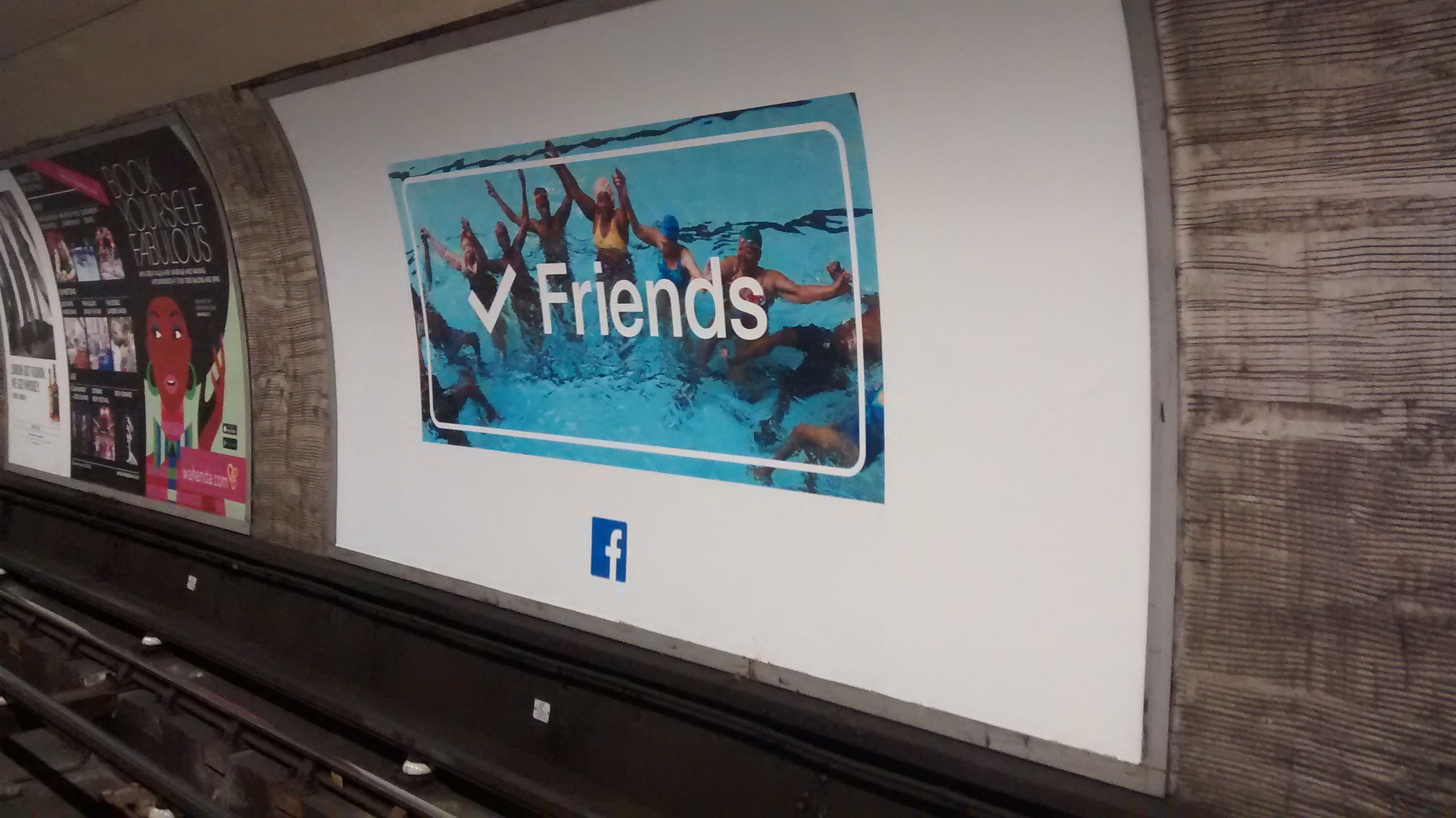 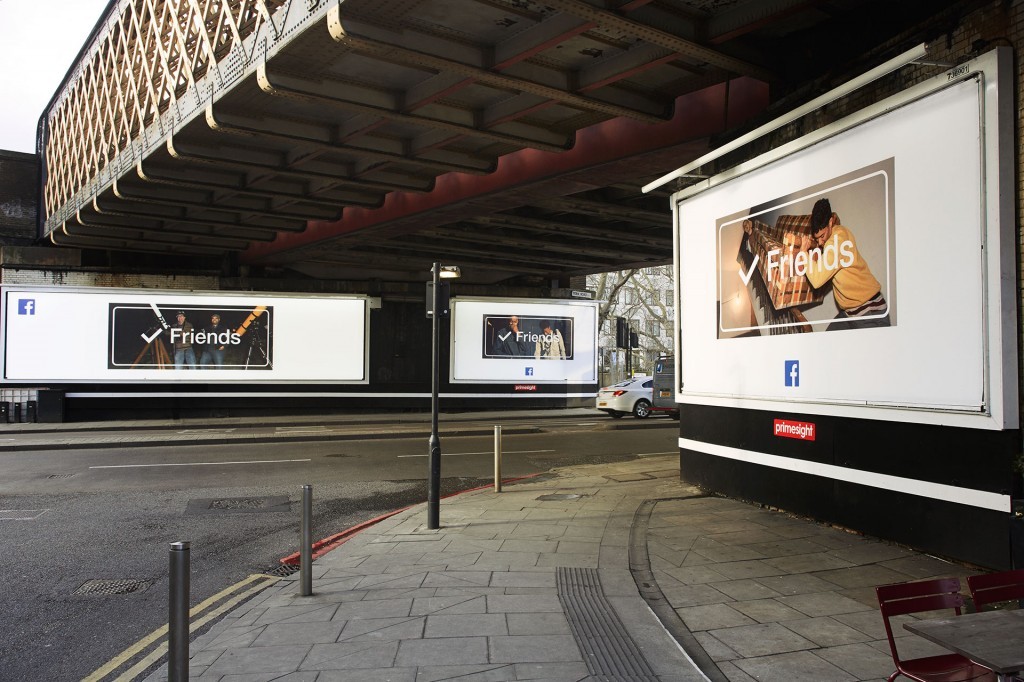 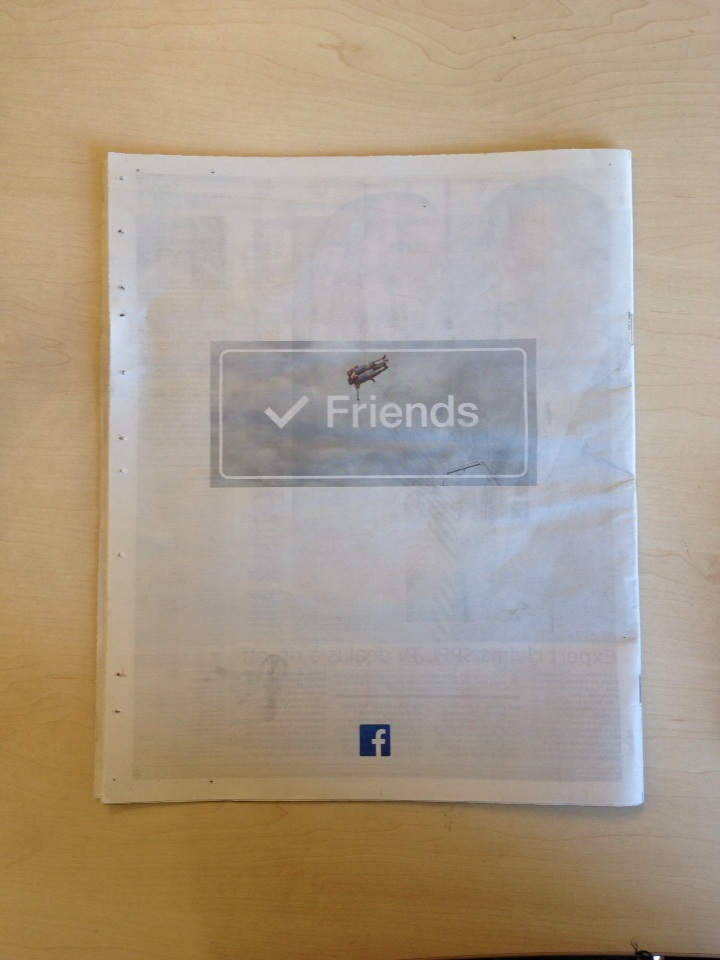 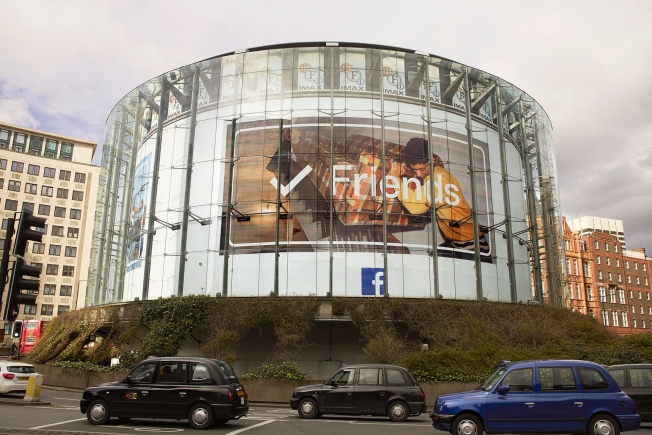 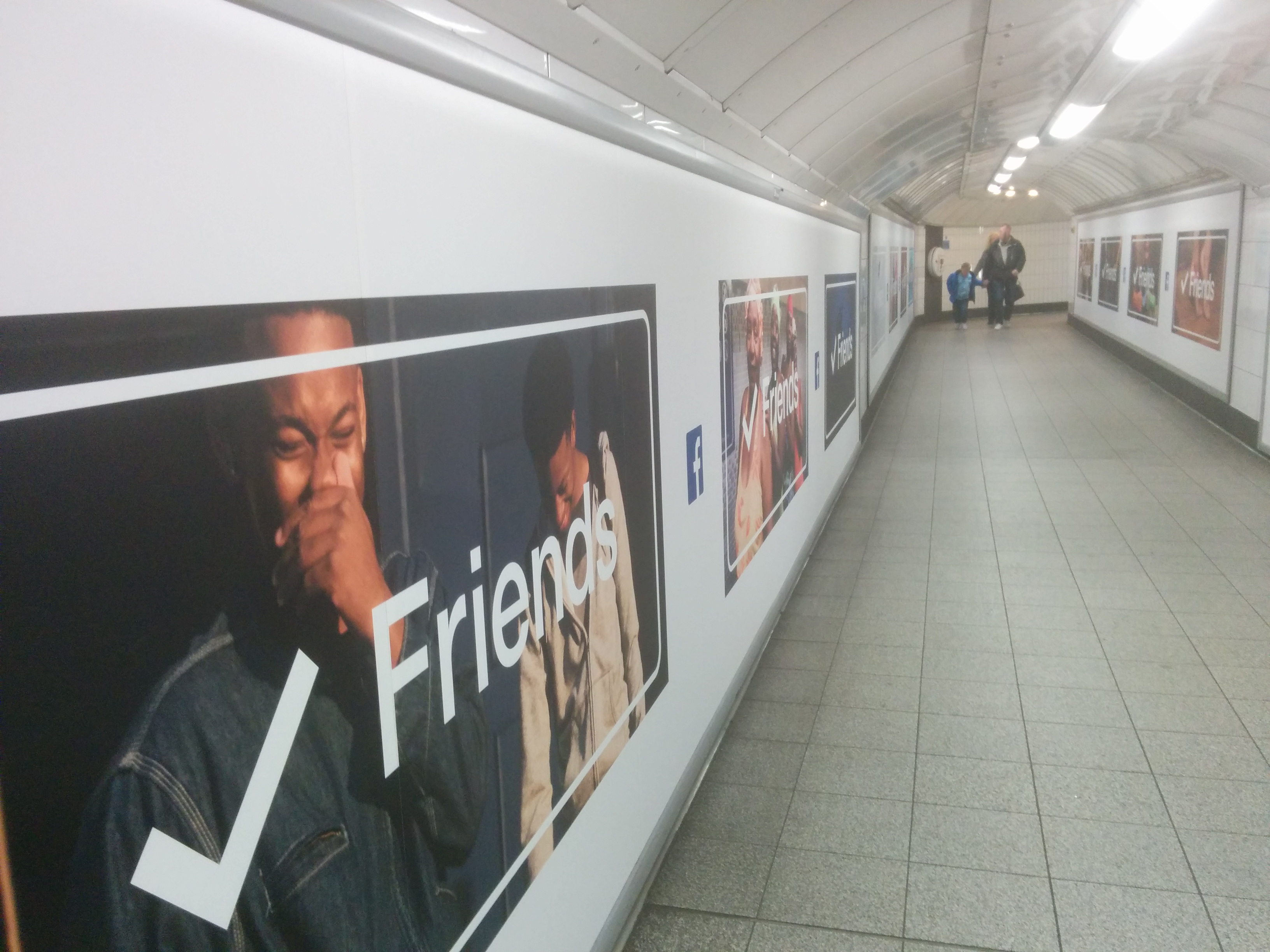 Is there anything that connects them other than their timings?
They are all global campaigns.
They are all super minimal.
They each have only one message.
They aren’t even trying to push you elsewhere at the bottom, like a website, a video, twitter, etc. (Well, Facebook is, because…it’s Facebook.)
None are from conventional ad agencies, Media Arts Lab, Anomoly and The Factory, (Facebook’s in-house creative agency).
The clients are amongst the most successful companies on earth.
Is it only the non-conventional agencies that are confident enough to produce conventional advertising?

2 responses to Is the world turning?