I once pitched for Christian Aid.
It’s an emotional subject matter, I got emotional.
Sean Doyle and I wrote lots of very angry ads, essentially trying force people to reach into their pockets and save a starving child’s life. 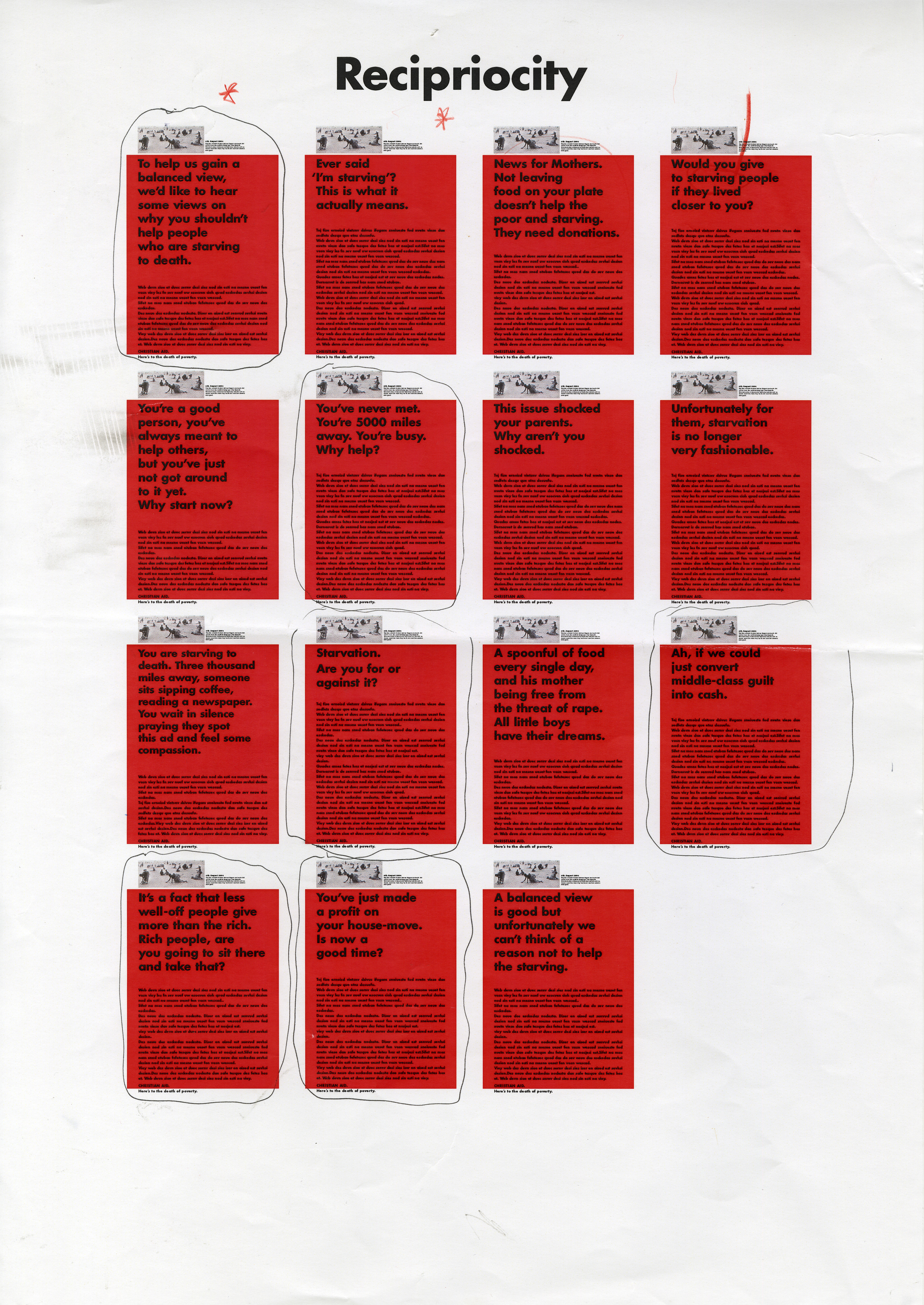 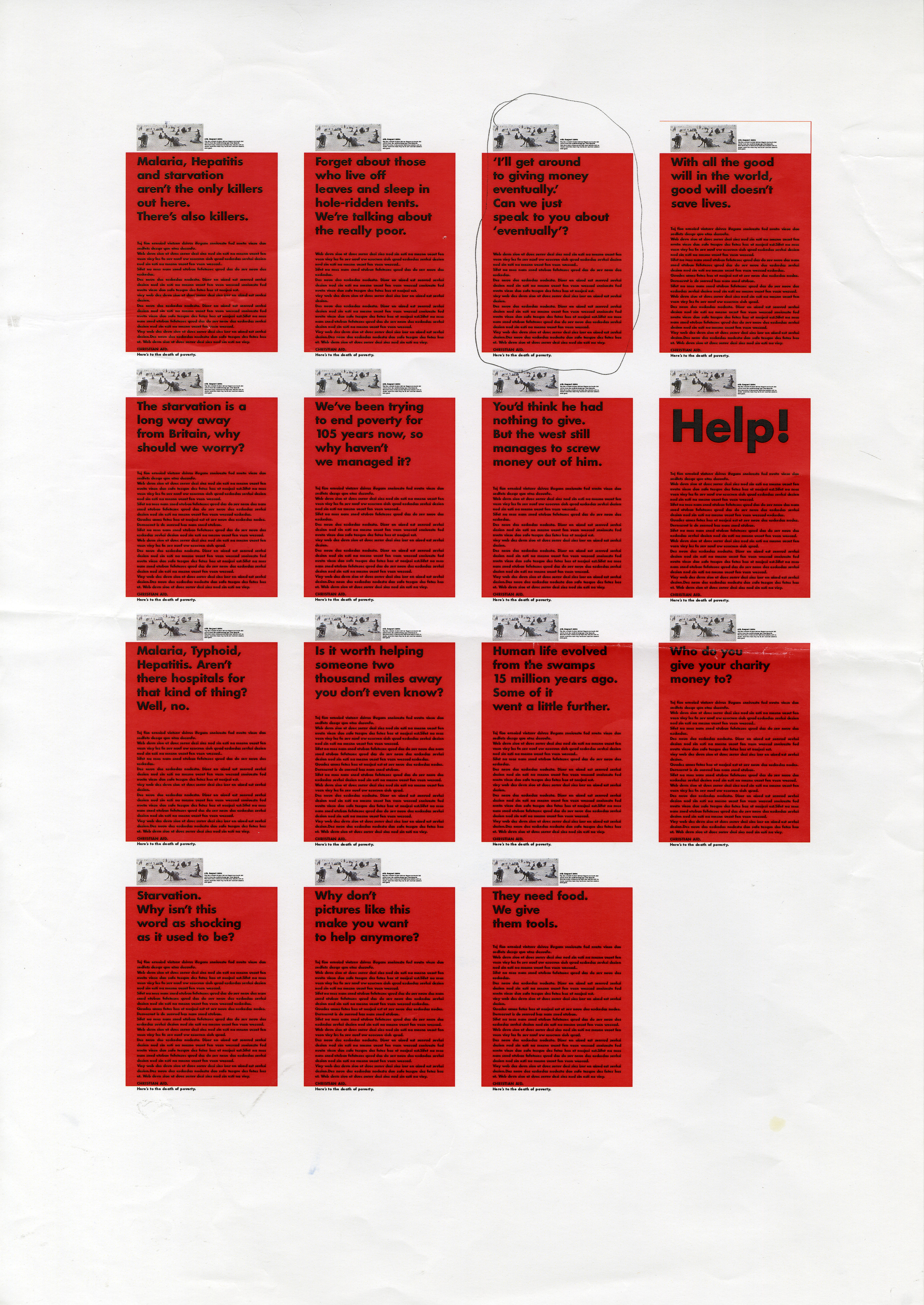 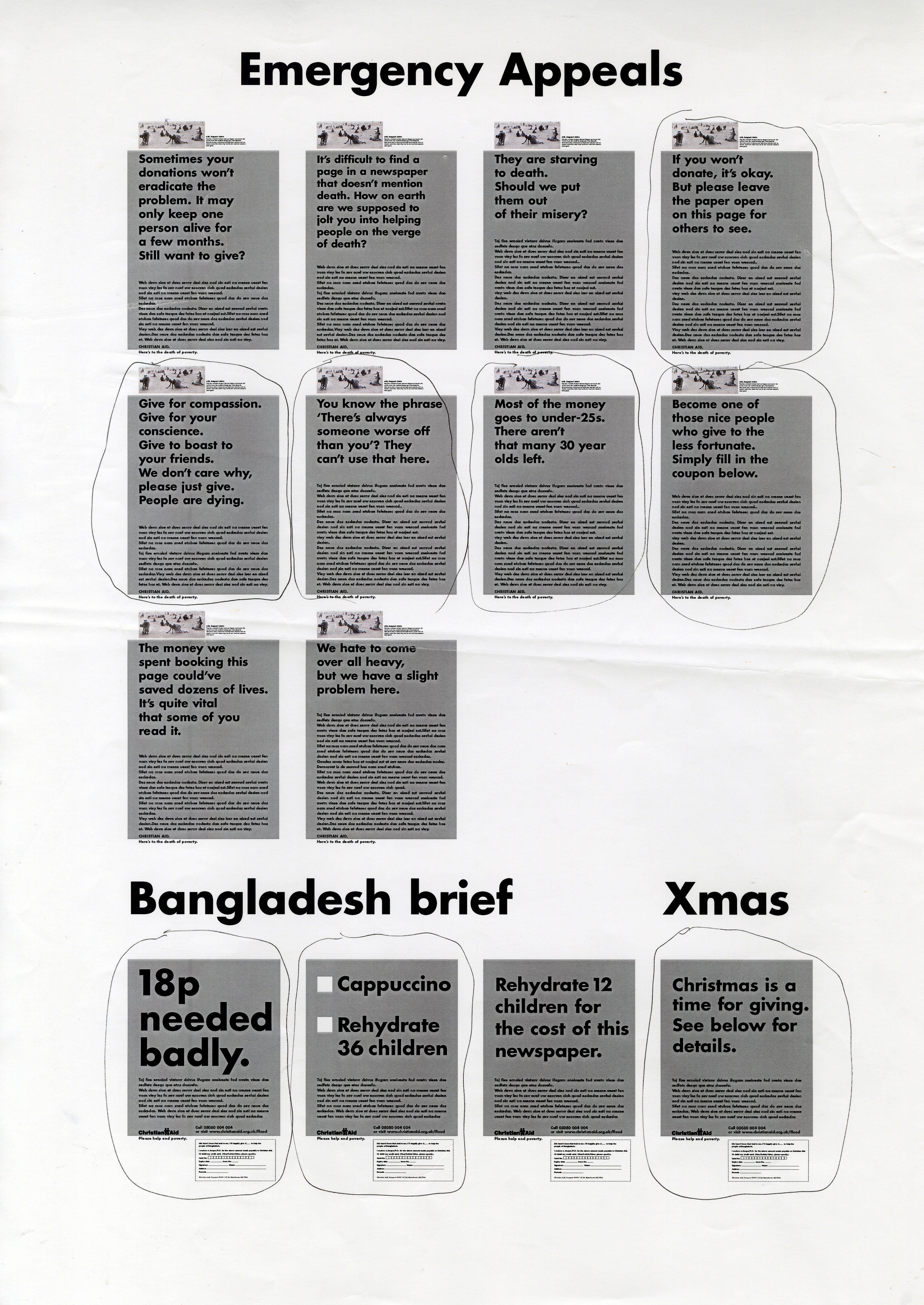 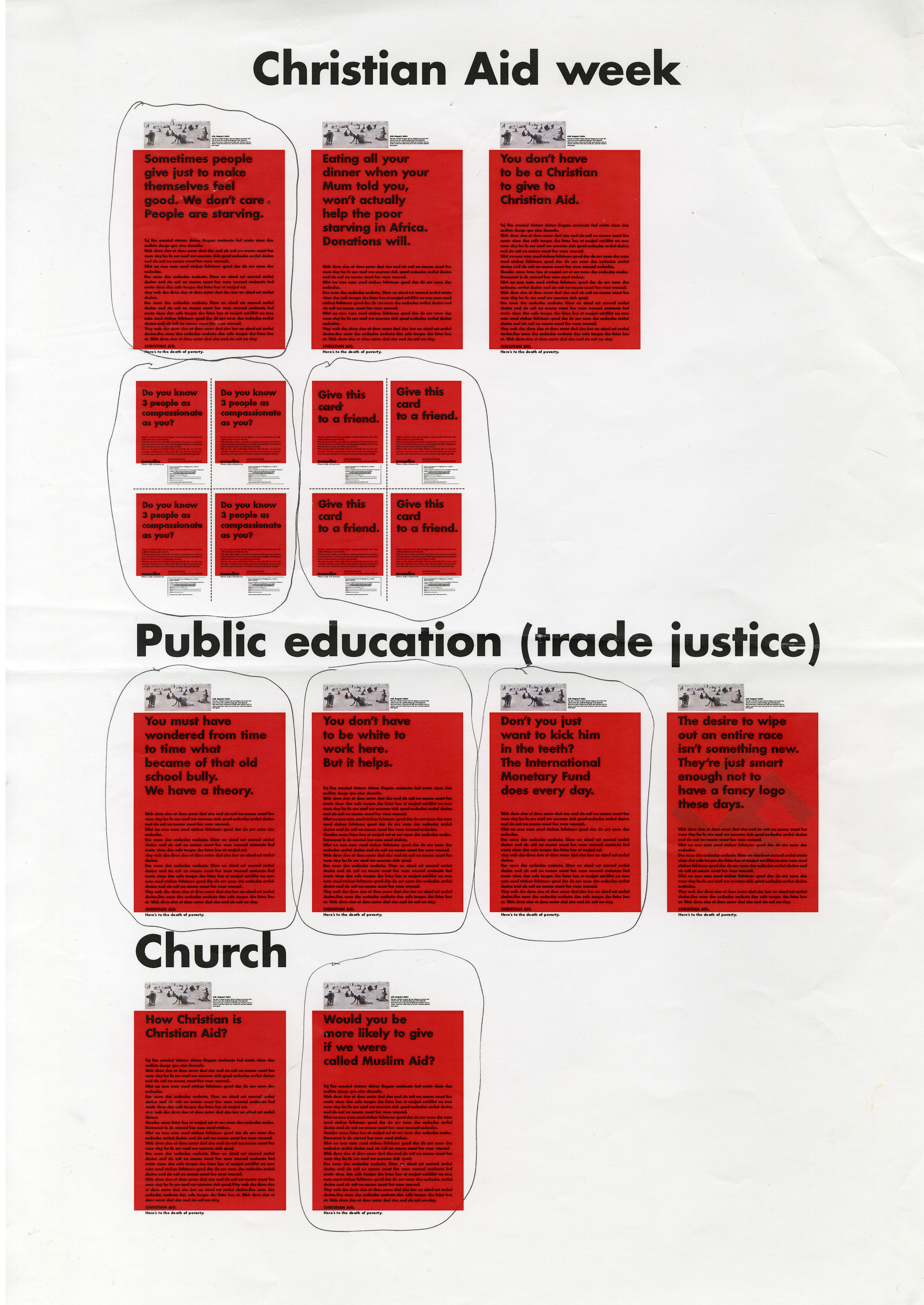 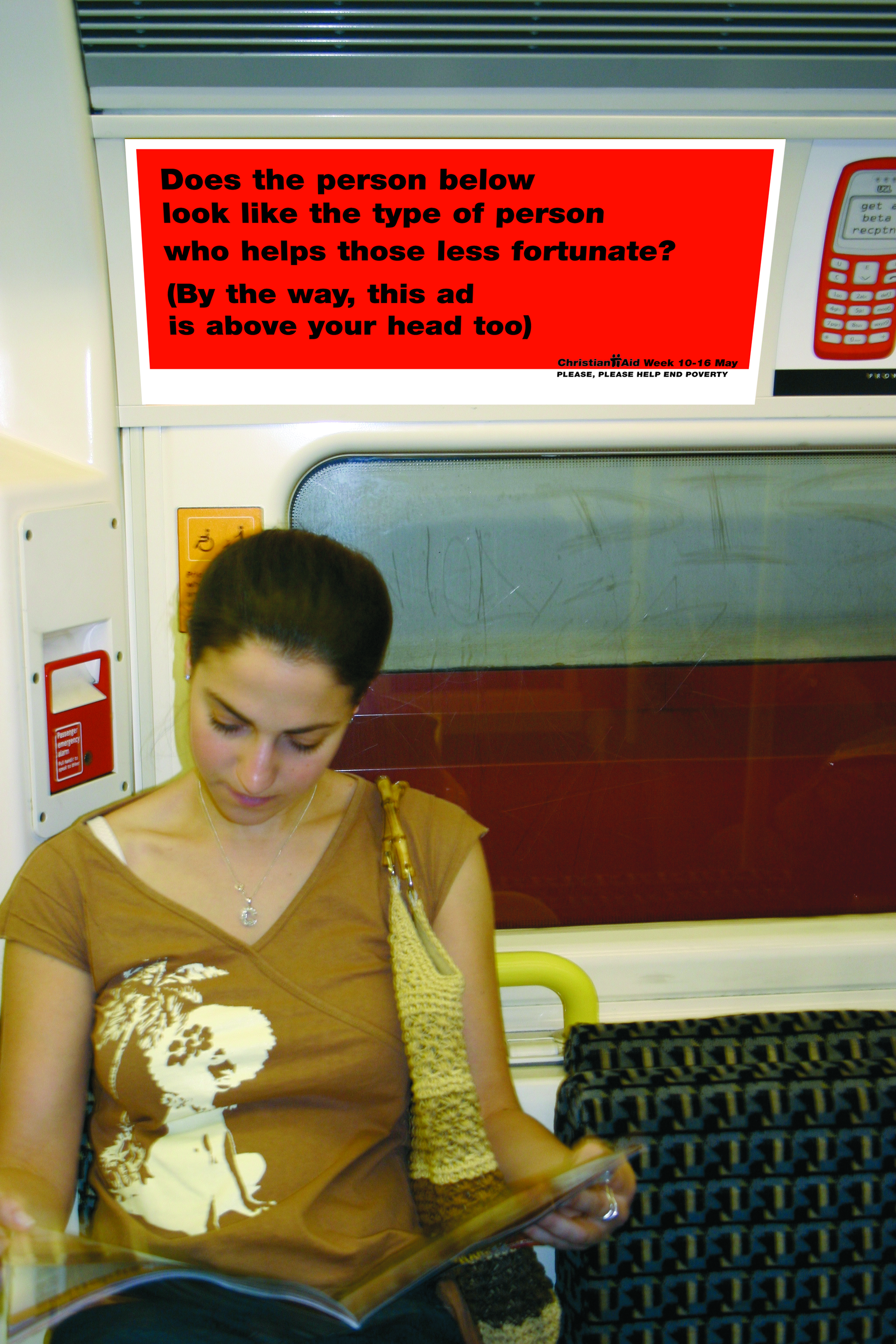 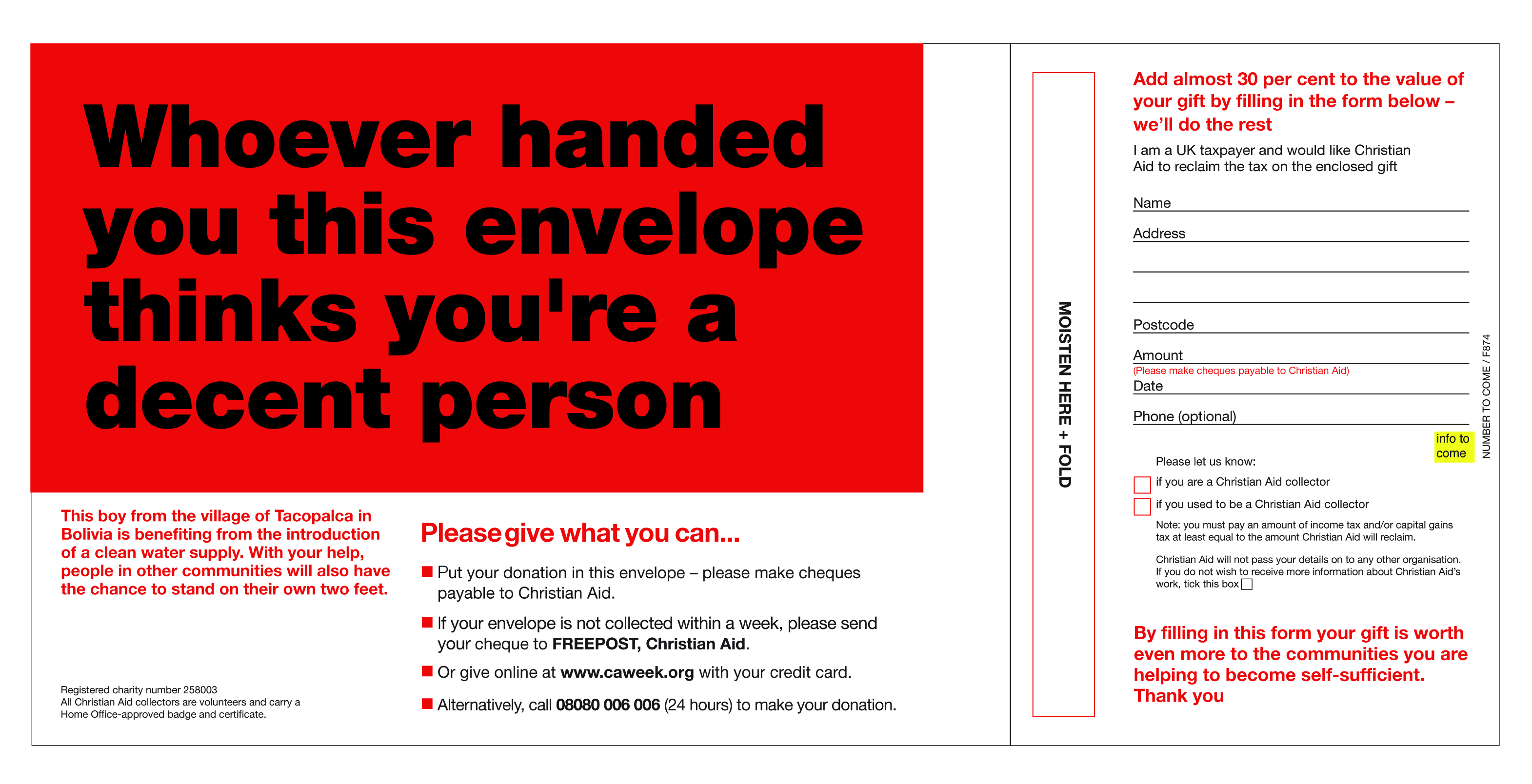 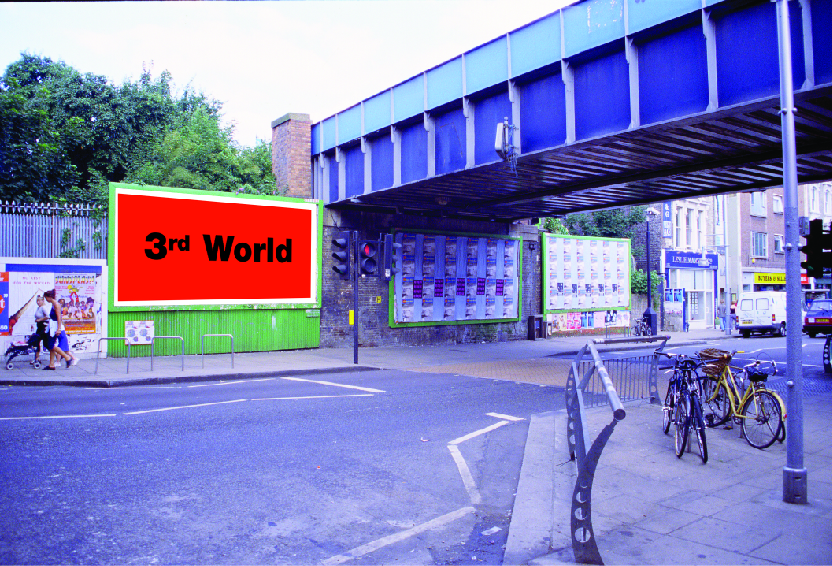 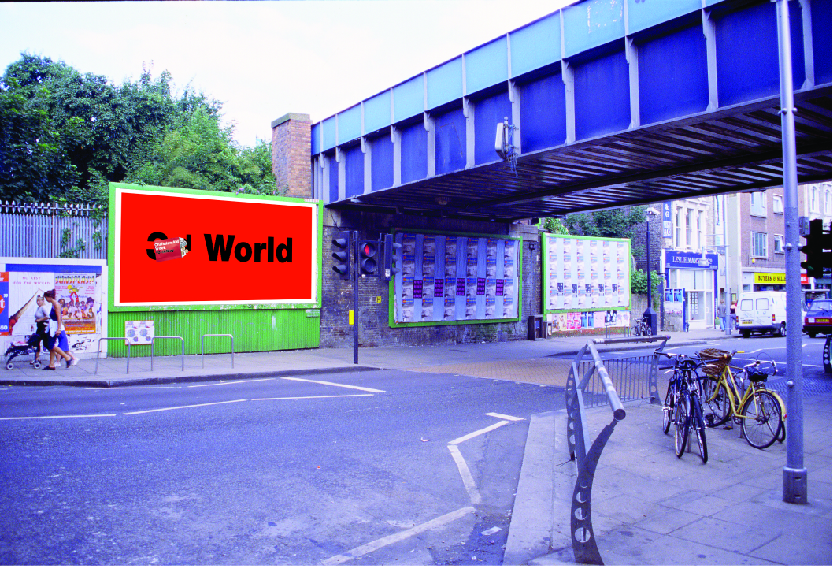 We won the pitch.
We met our brand new client, Claire.
She said, rather sheepishly, ‘The ads… we like them, but they look so gloomy, and… well, we’re all quite positive around here and wondered whether they could look a bit more upbeat?’
It was our first meeting and the clients were very nice, so I bit my tongue and said I’d go away and explore.
I left thinking she was nuts, we were talking about dying children, what’s so upbeat about that?
I stared at the ads and tried to think about how we could solve the issue. 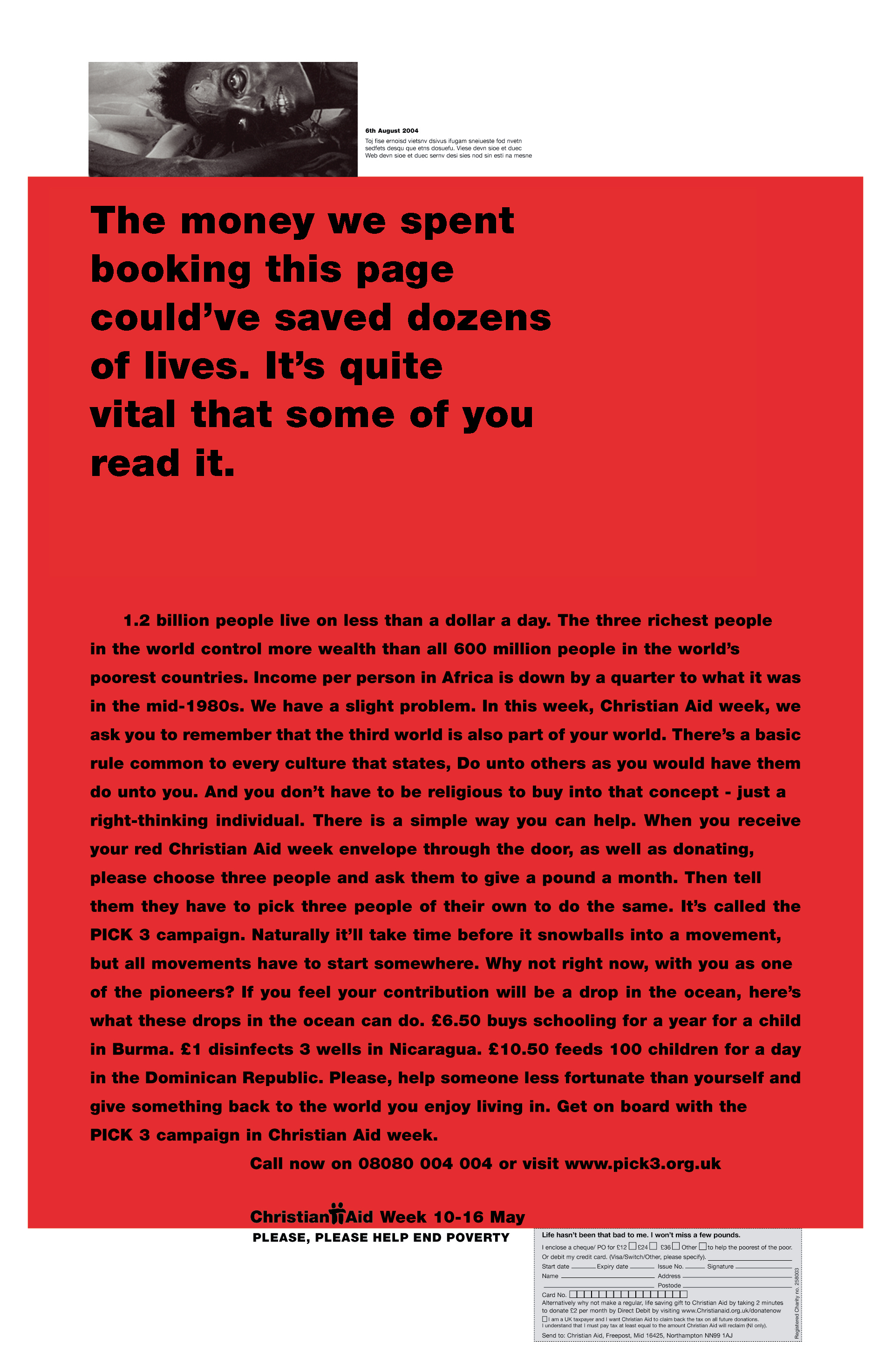 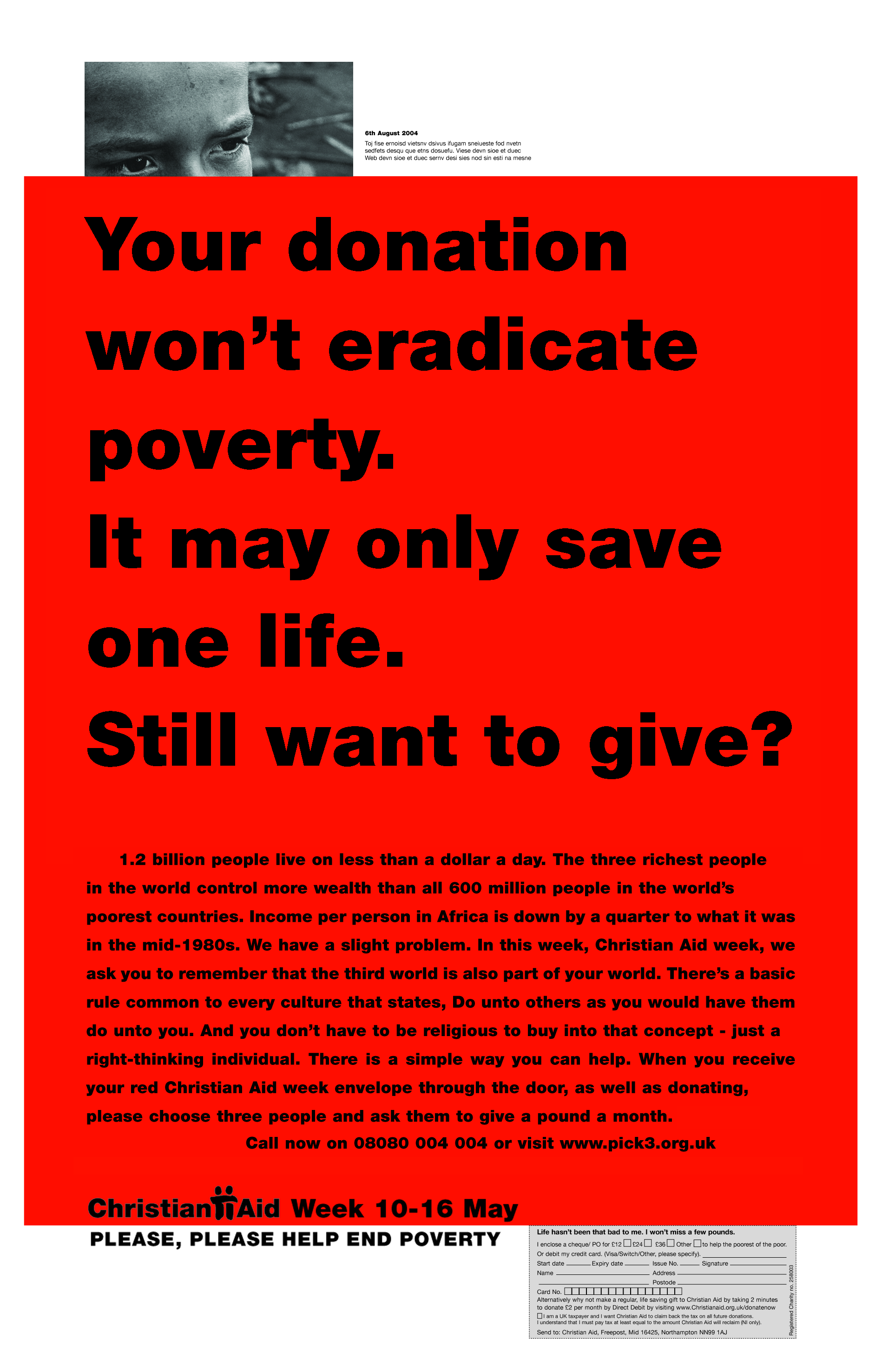 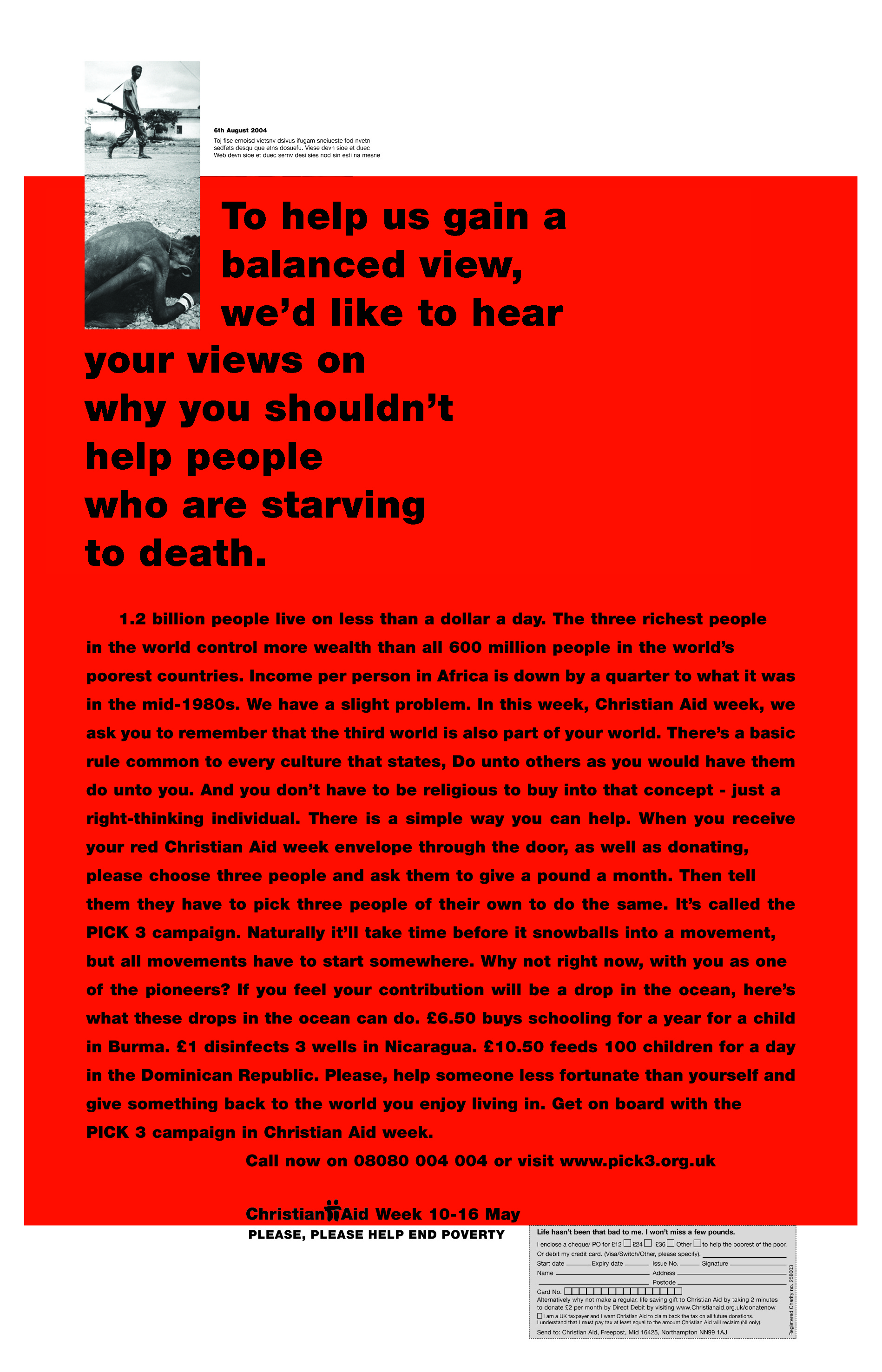 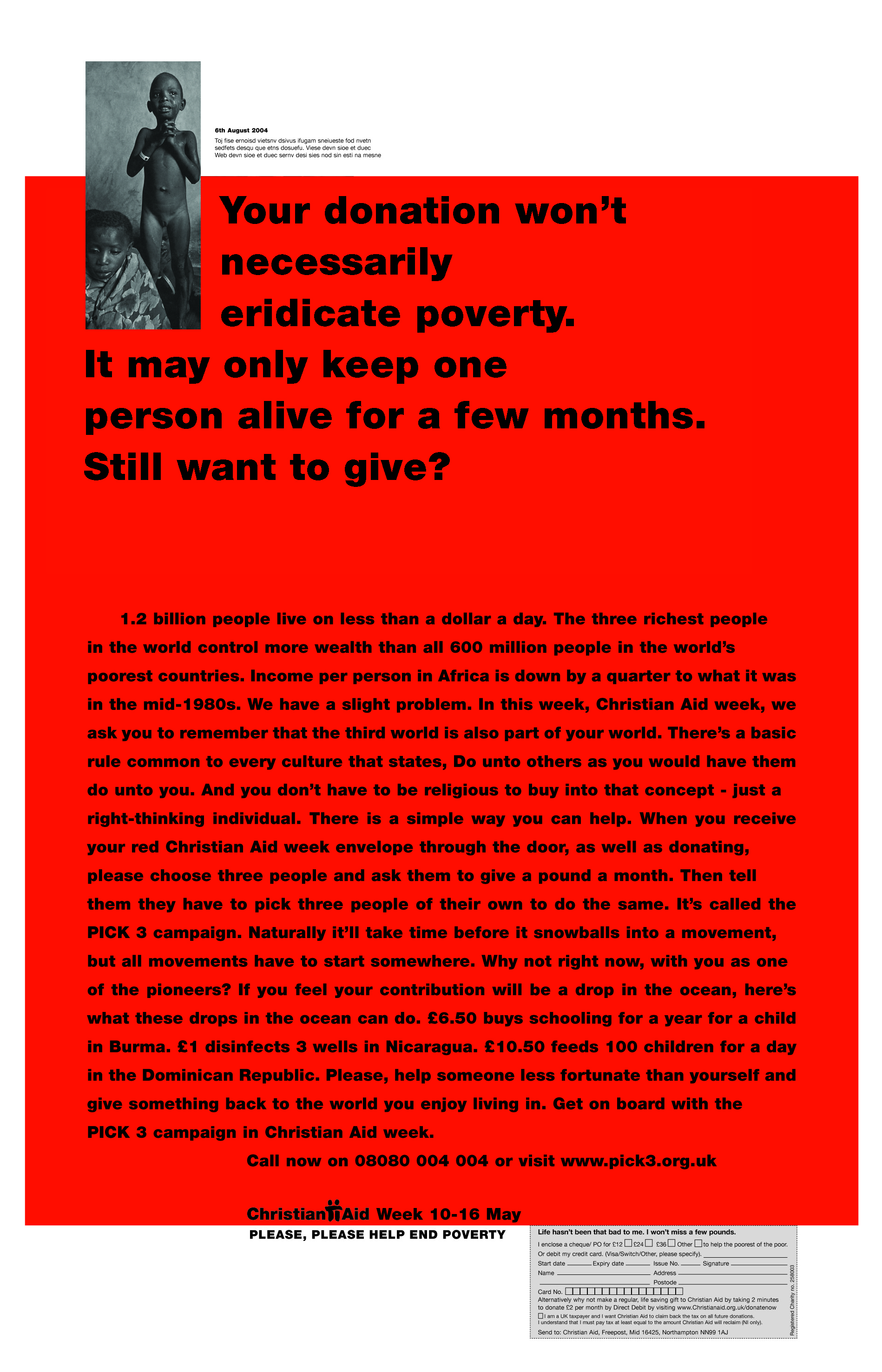 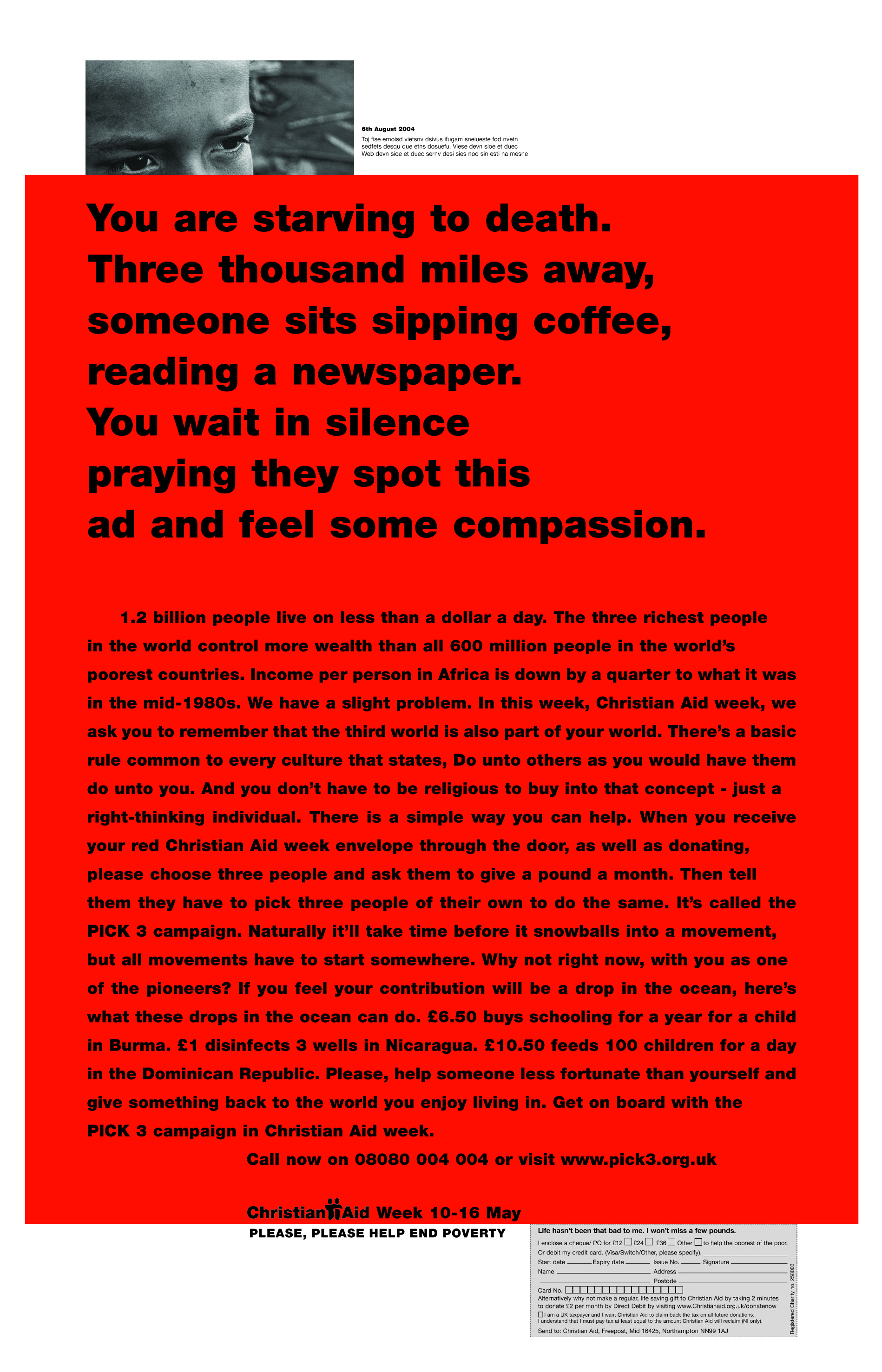 The answer was obvious; we can’t.
We can’t make negative content look positive, we needed positive content.
A planner was sent to their Waterloo offices to dig around and interview people.
He came back with a big bunch of notes.
Buried amongst them was a quote ‘As you know, we only invest in things that multiply’.
It was from an old lady who’d worked for Christian Aid for nearly thirty years, her example was that they’ll send a male and female goat to Africa, but they’d never send goats meat.
Amazing! That sounds like you could actually eradicate the issue given time.
What could be more positive than that?We, well Sean, turned that idea into a line for Christian Aid Day.

They were very simple, very clear, but seemed to lack a bit of oomph.
But they shouldn’t feel addy or hard-nosed, so I got our lovely diagram illustrator, Harriet Russell, to sketch out an alphabet, I wanted it to have to be white with a black drop-shadow to help it jump out against the bright colours.As the diagram was doing all the heavy lifting perhaps we could have some headlines that play off the diagrams, to add a bit of personality and humour? 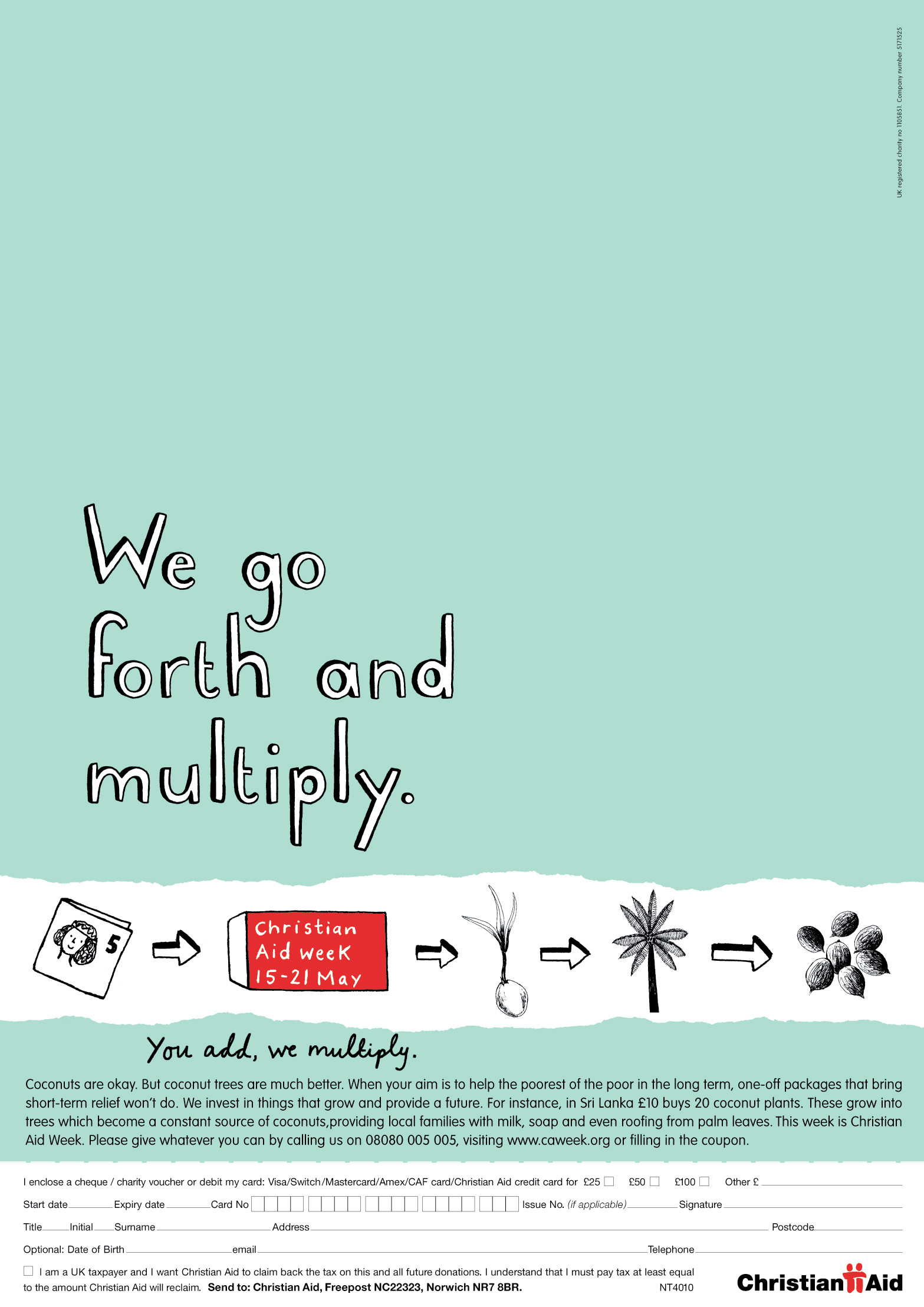 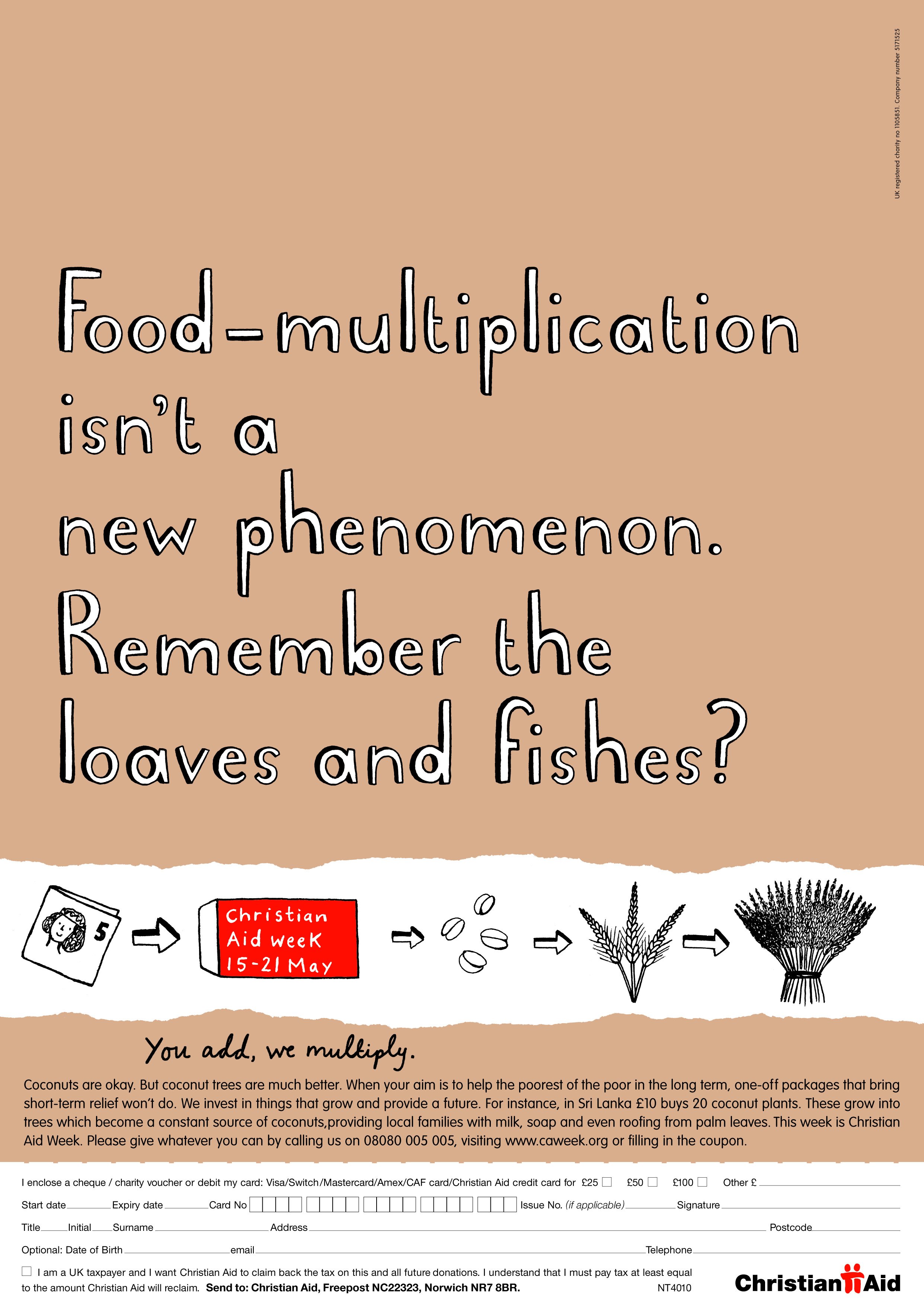 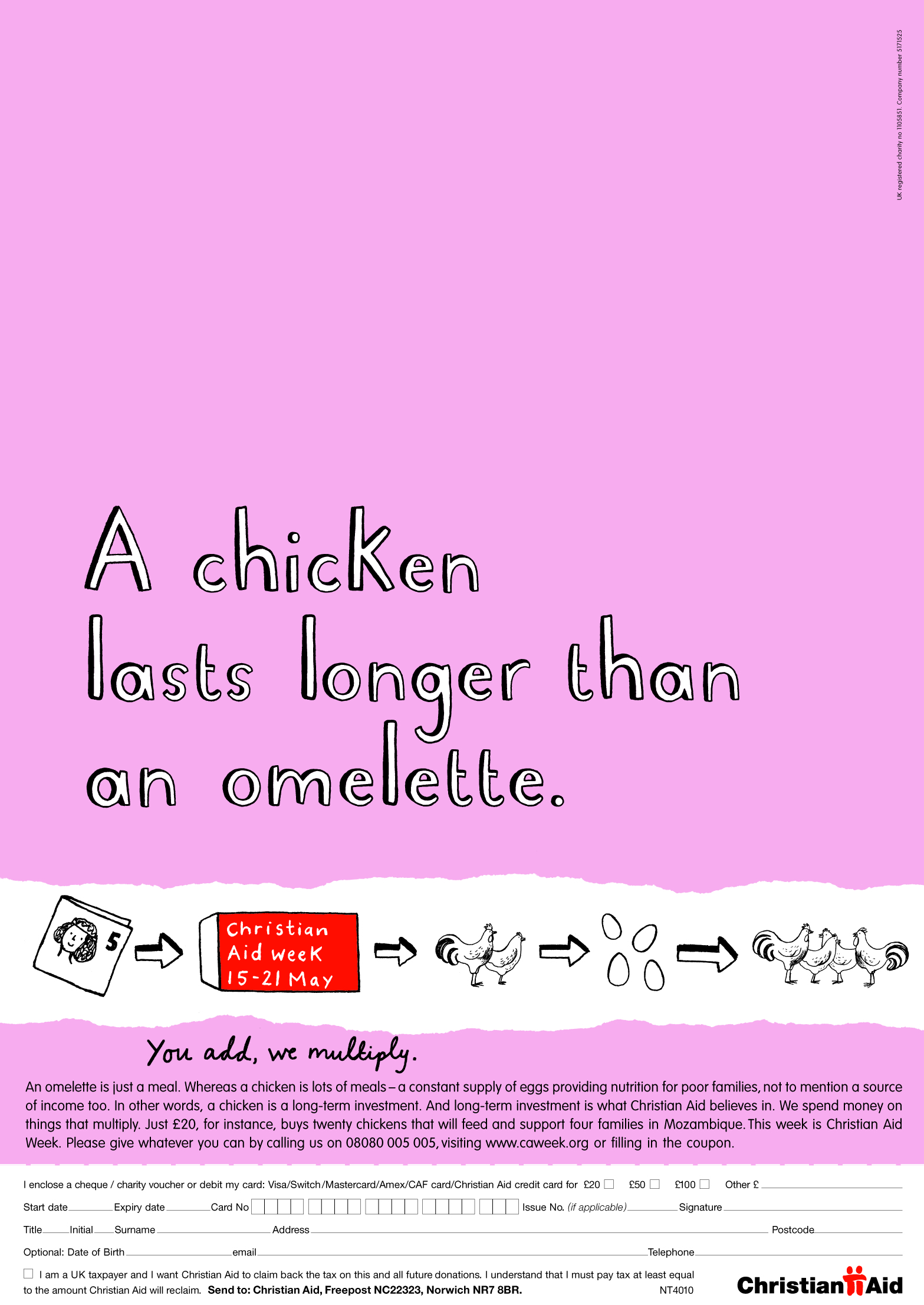 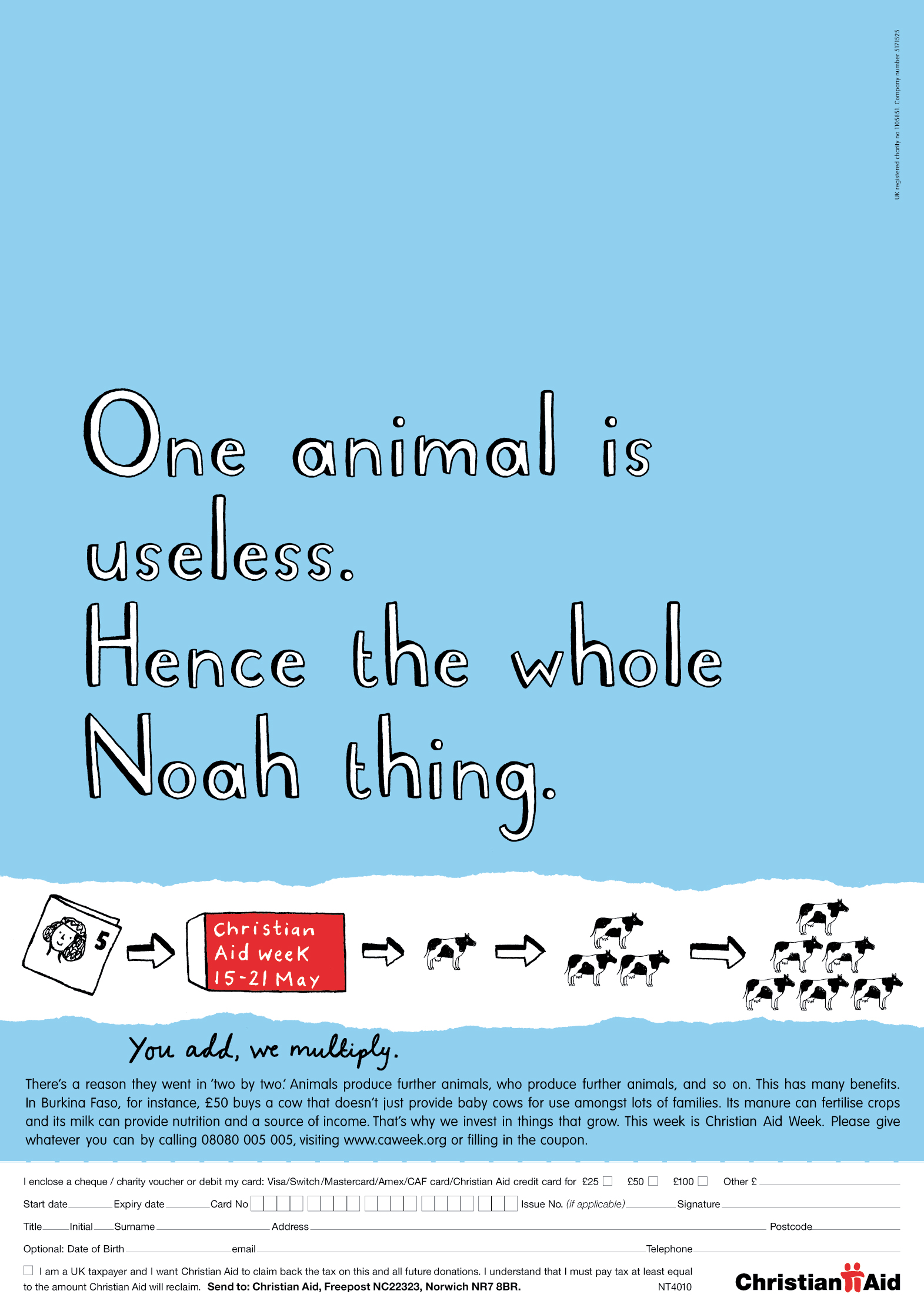 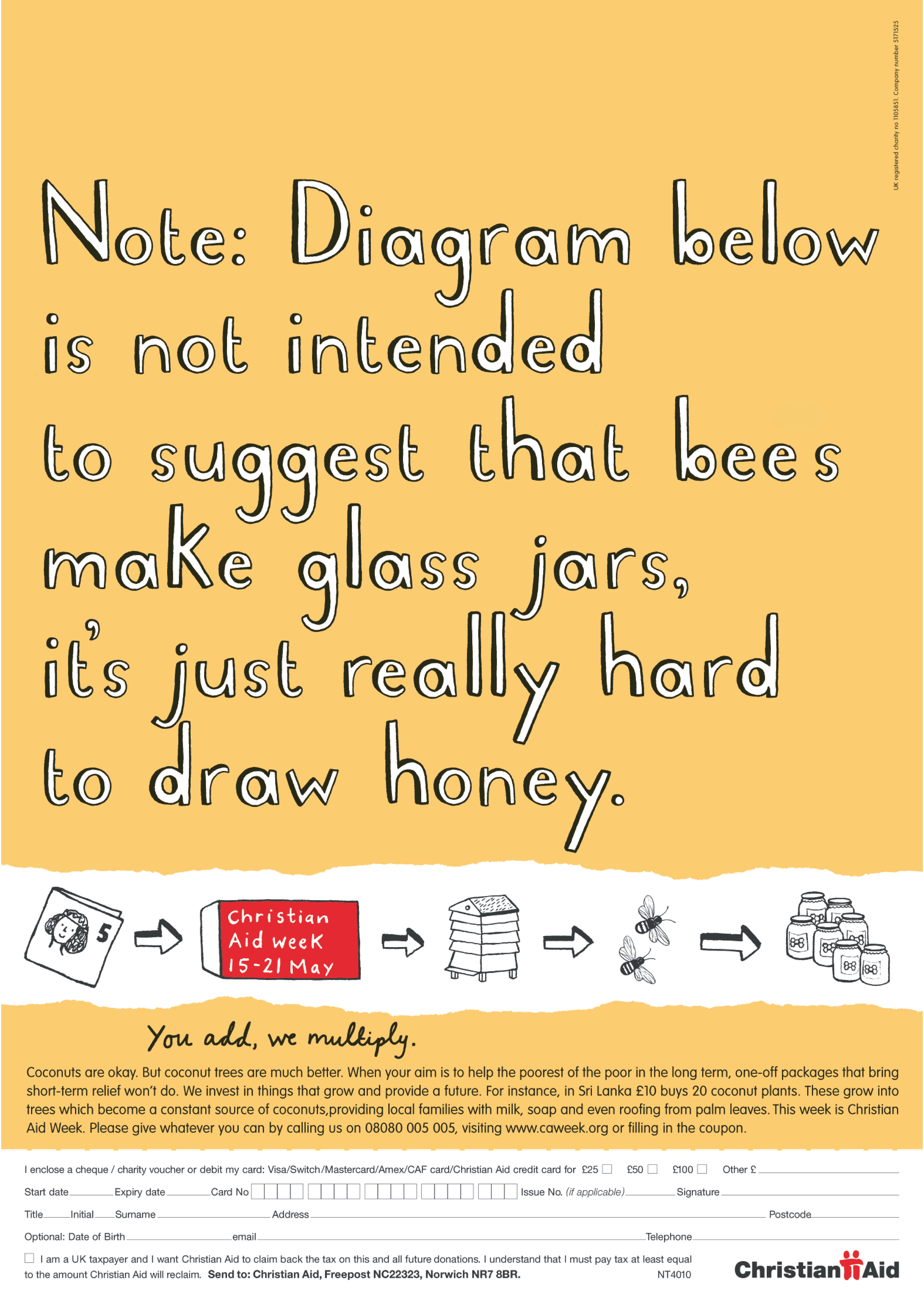 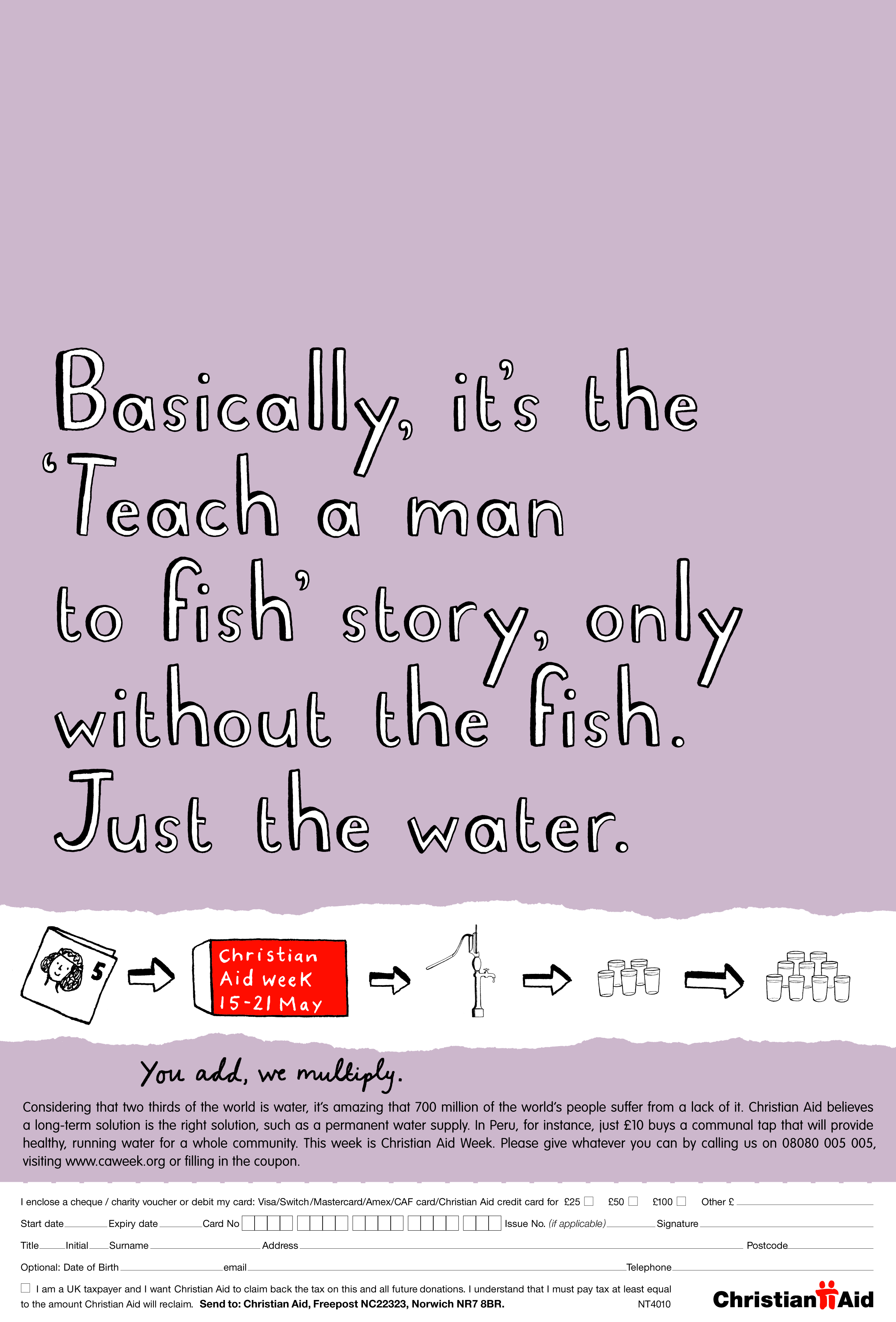 It turned out to be the most successful Christian Aid Week ever.
Although Claire couldn’t quite articulate it, her instinct was 100% right.

Nb. We also did a ton of issue-based stuff and some lovely Christmas wrapping paper. 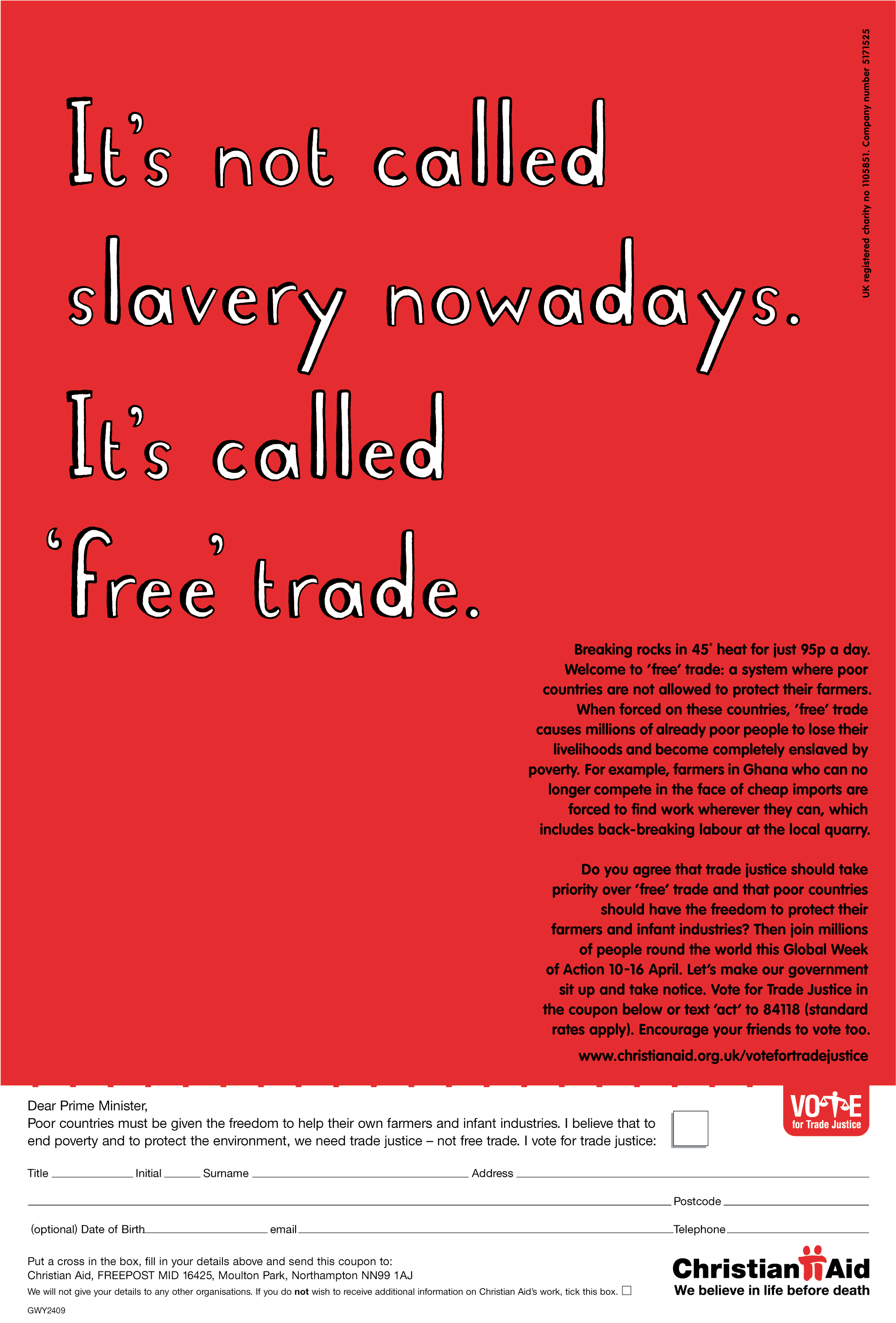 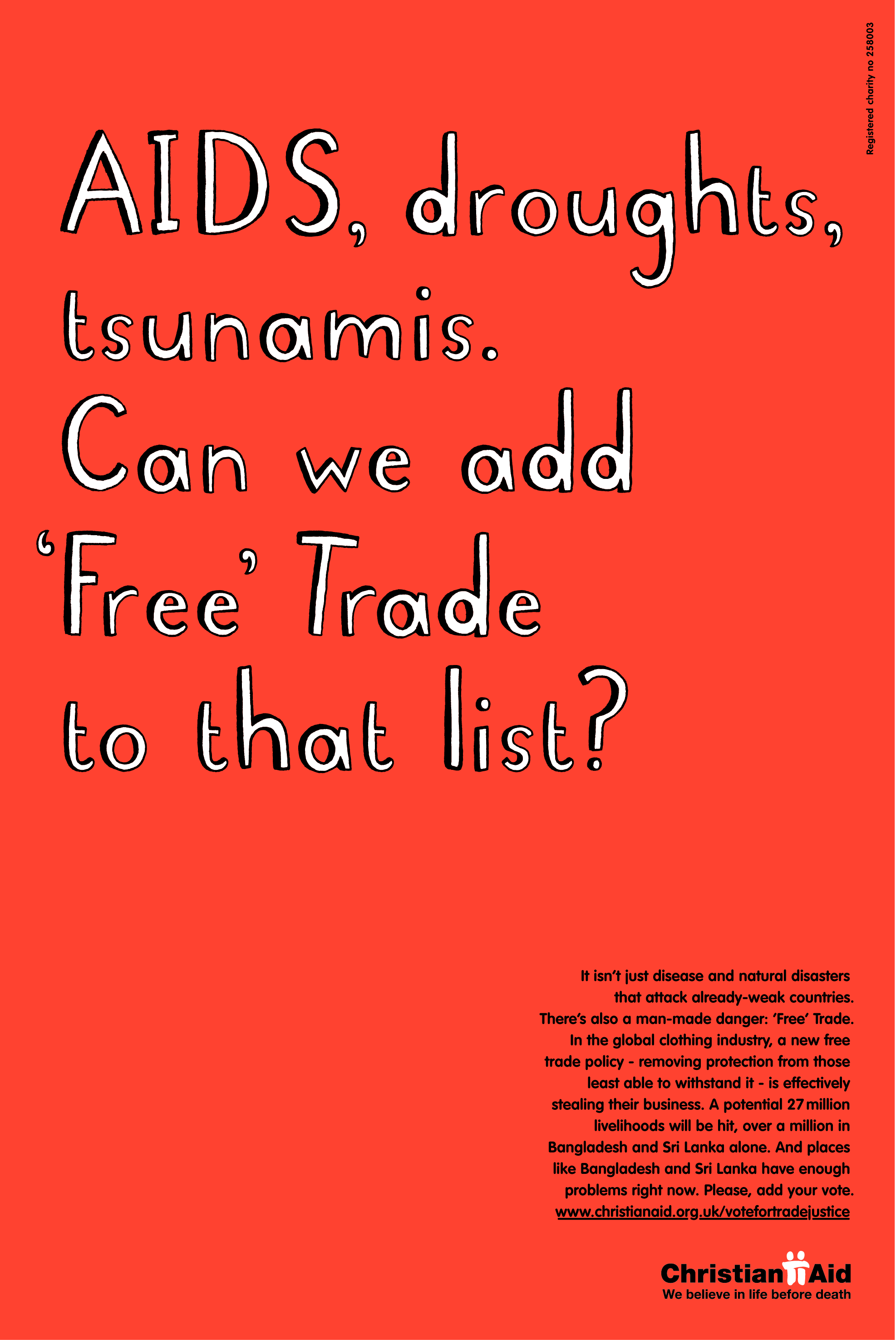 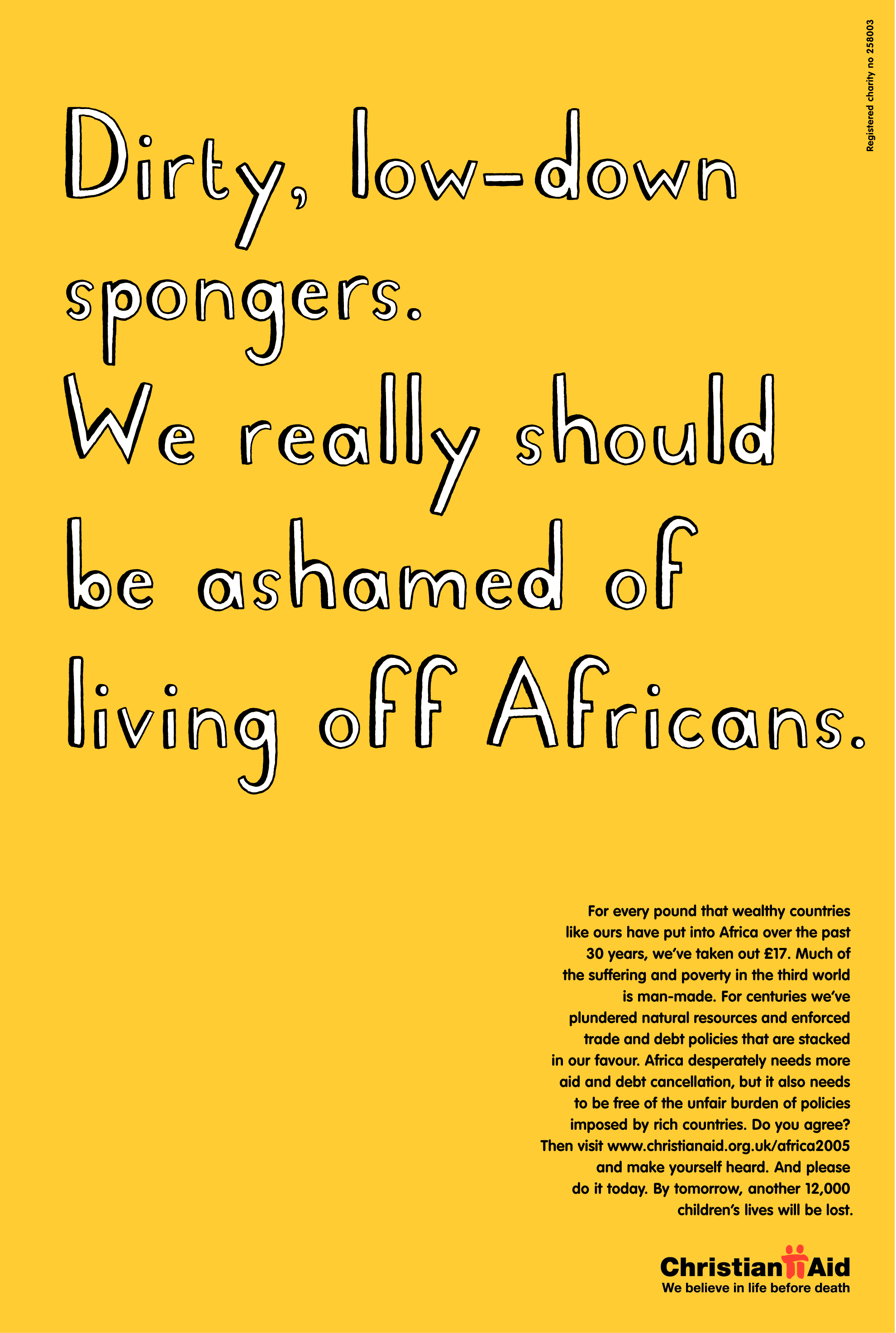 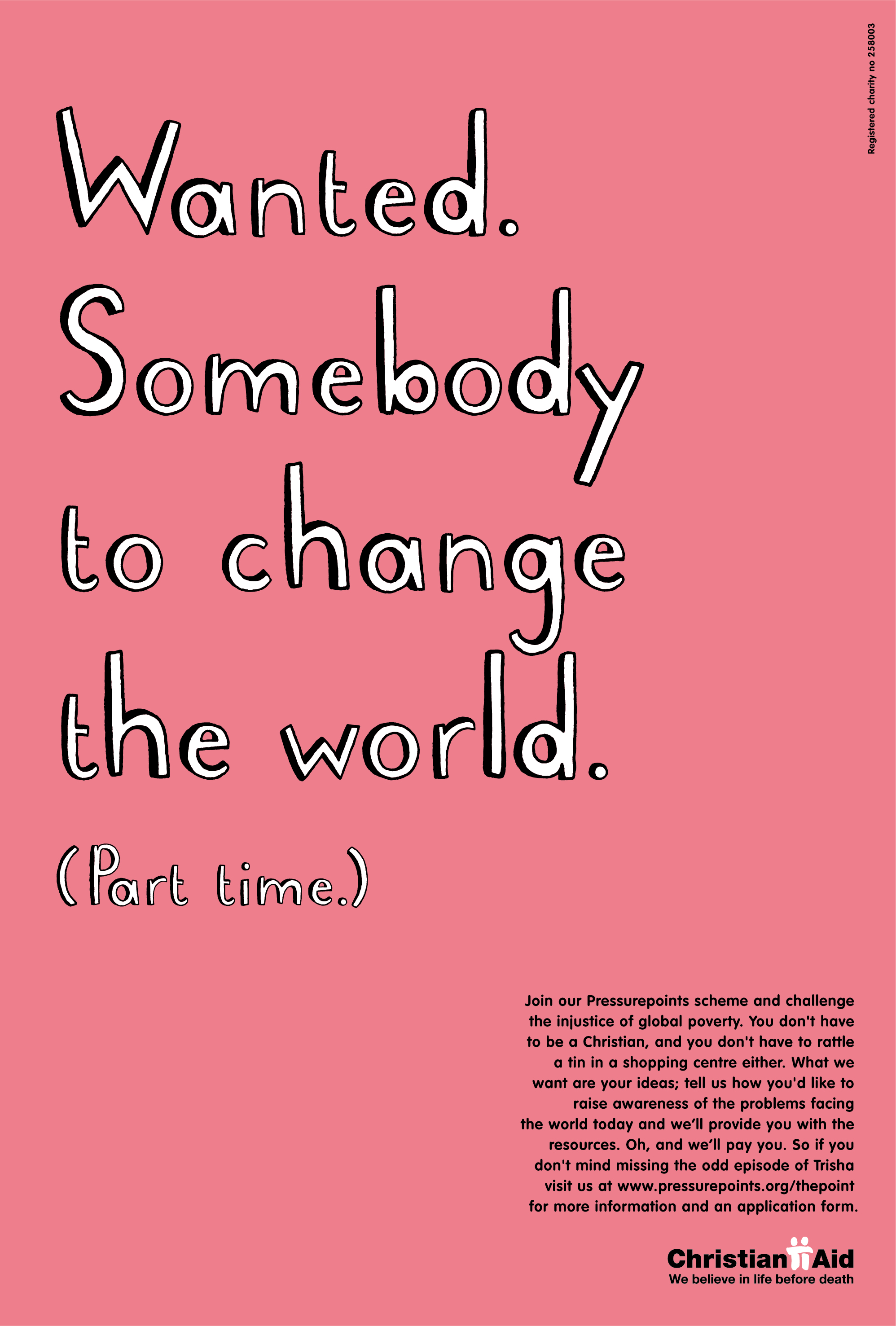 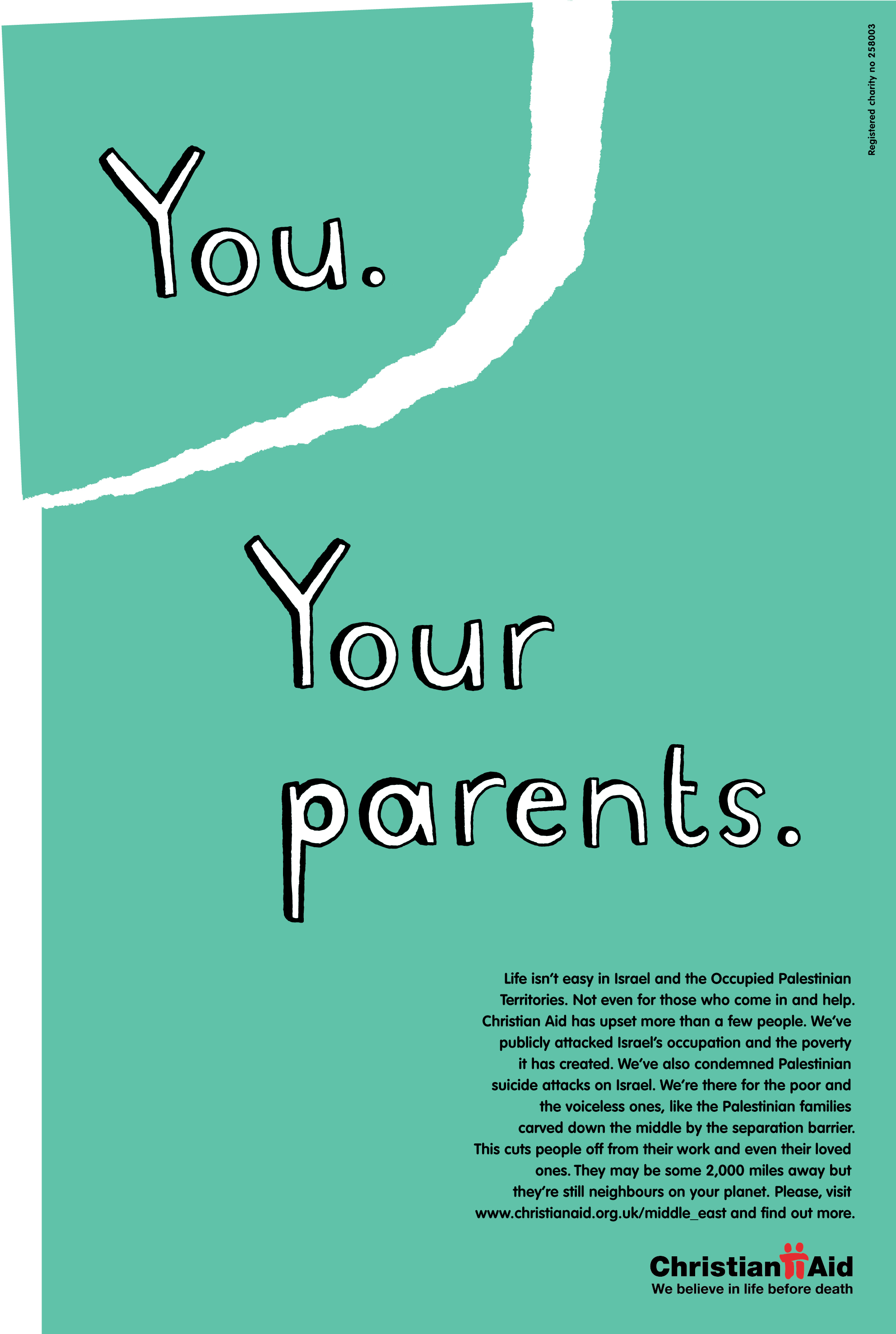 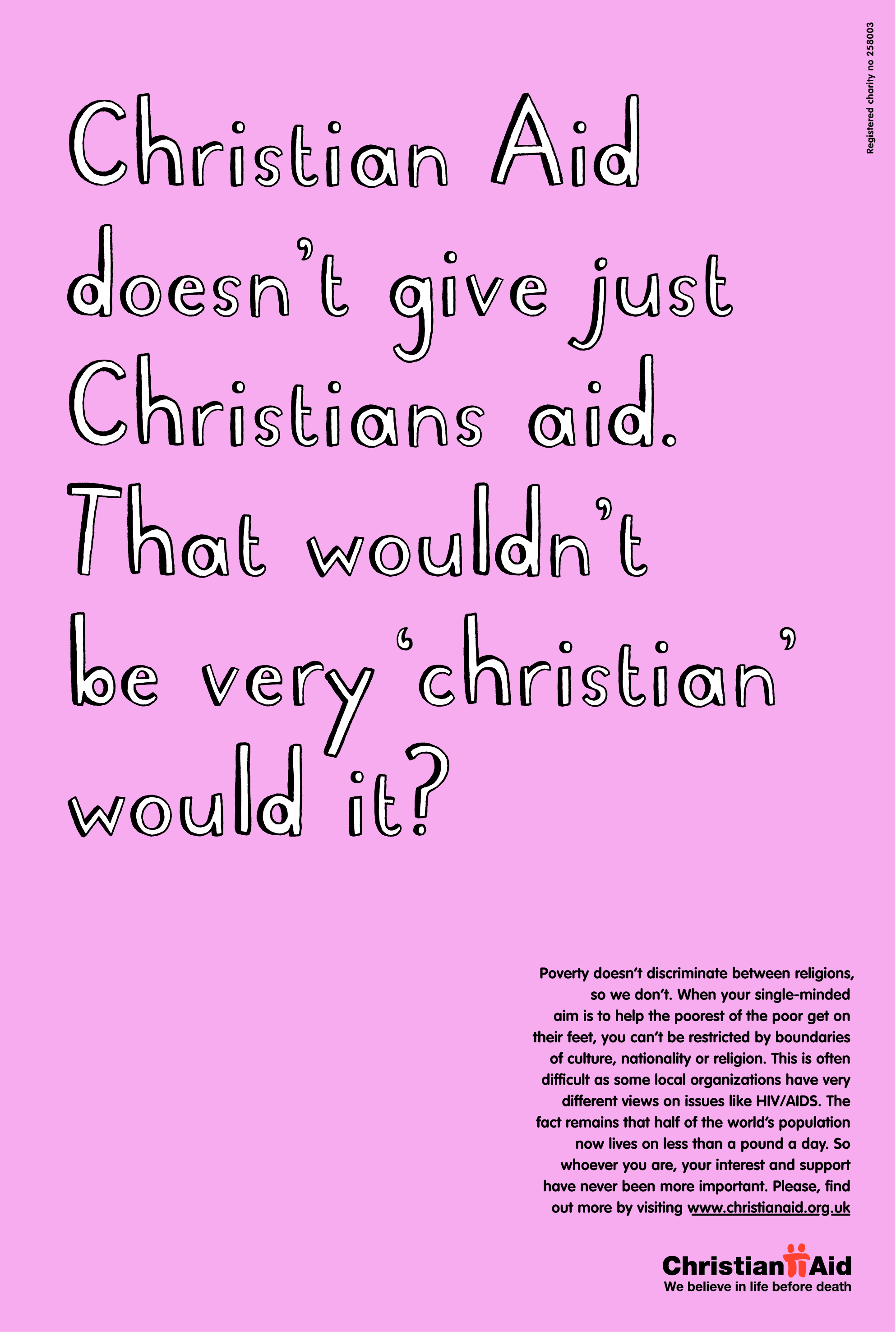 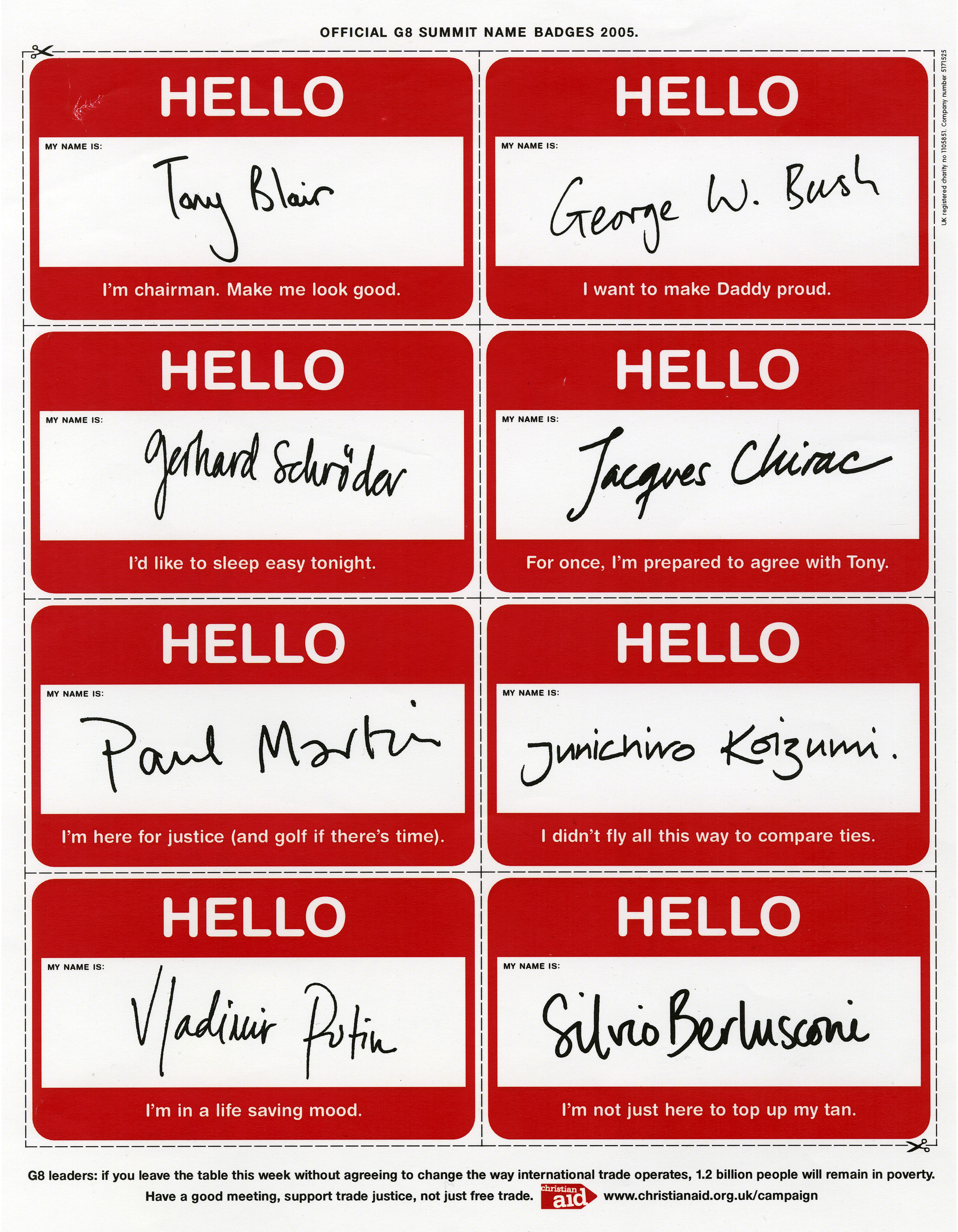 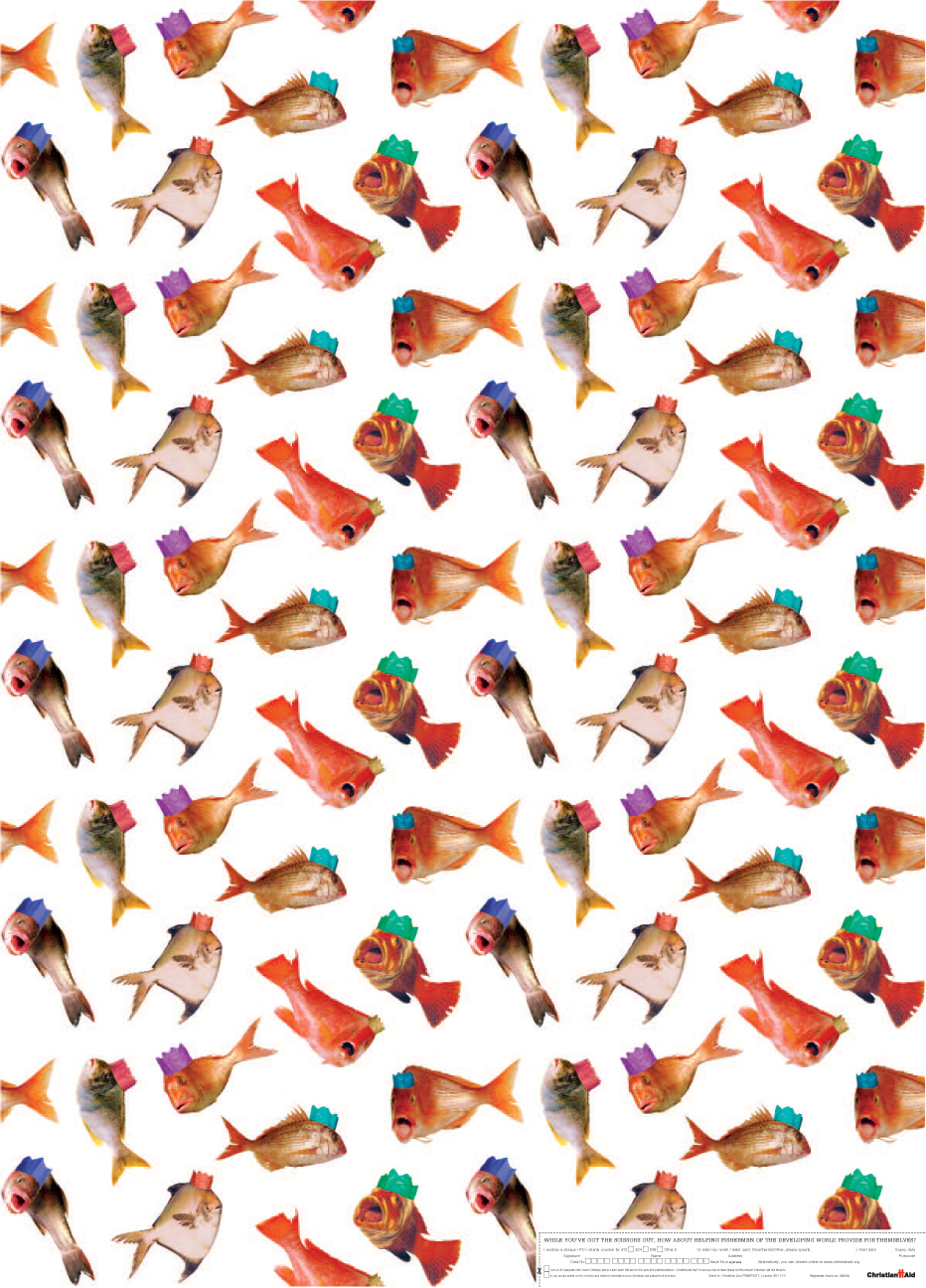 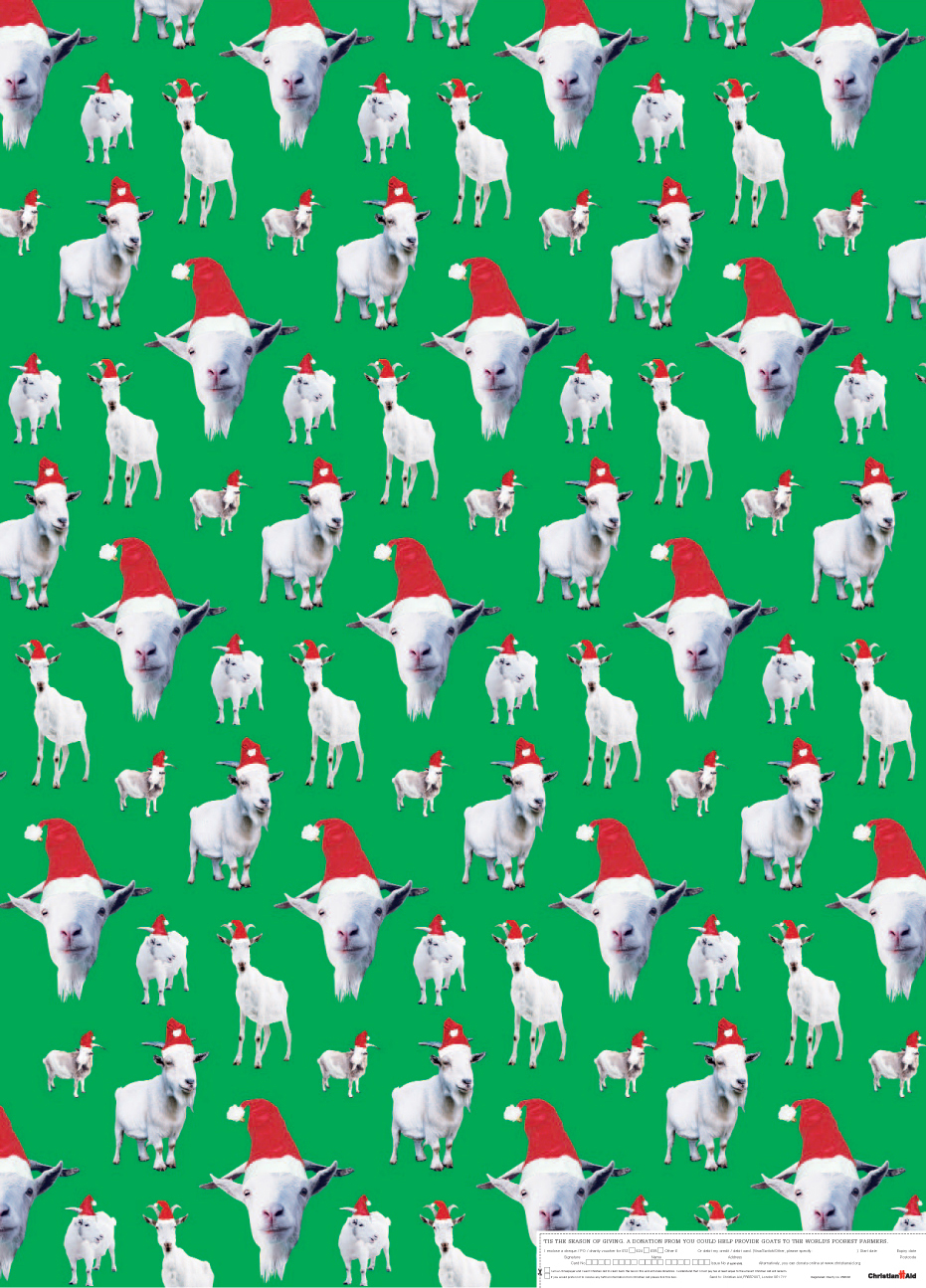 4 responses to CHRISTIAN AID: The client may be right.