‘‘I’ve just had lunch with someone who used to work at Simons Palmer, I told him he needed some advertising for his company, Posterscope, and you’d do it.
You could do something good like that old Mike Shafron ad?’’ – Mark Denton. 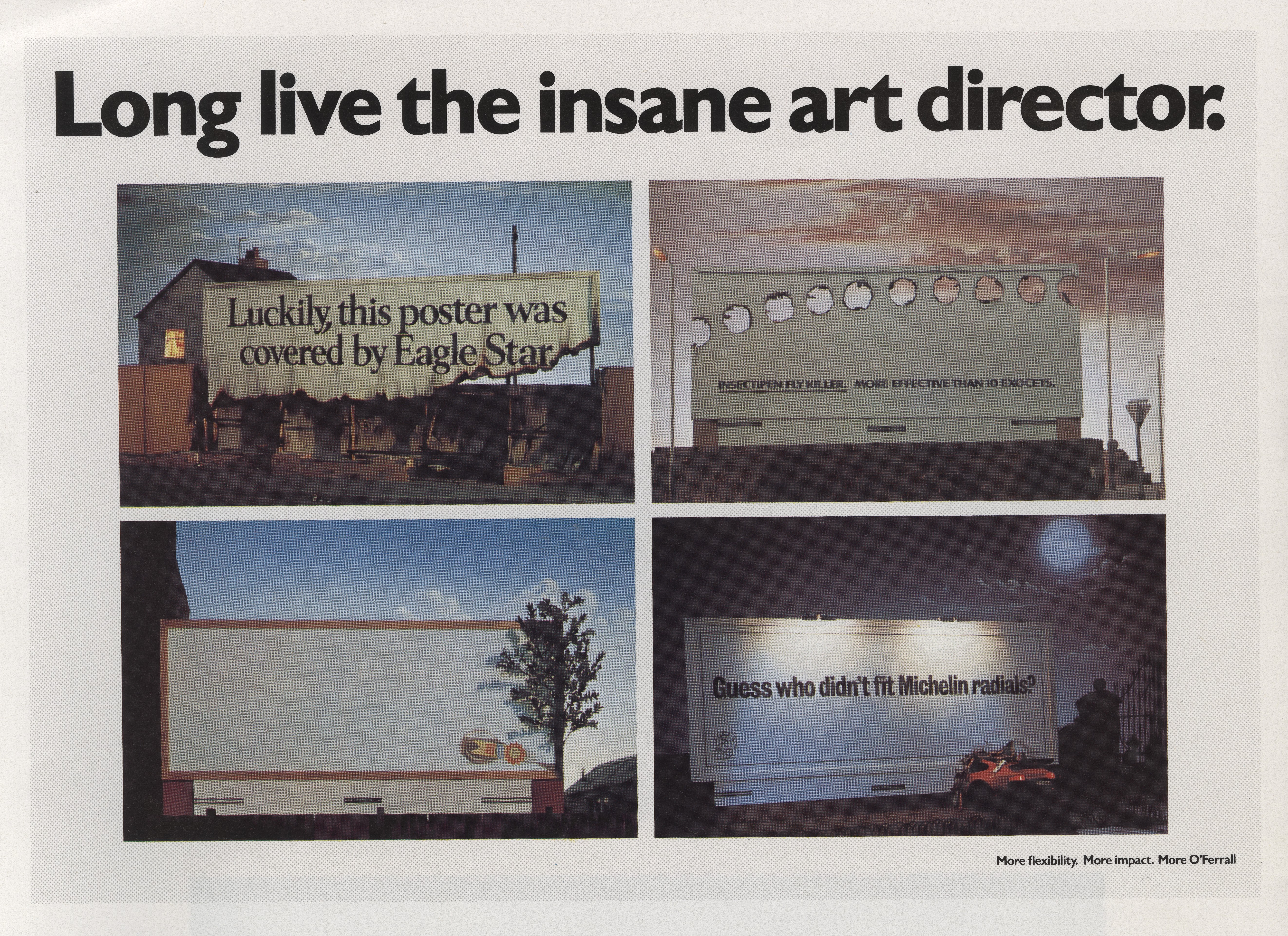 I remembered the ad well, the ads within it were great.
But the more I thought about it the more I had an issue with it – the ideas within it were too good, who can think of ideas as good as that?
If I were a client or media person I may think posters can only be good if they are produced exceptional creative people, who then have the flexibility to dream up fancy, one-off, expensive special builds.
I figured that we needed to produce a campaign that looked like any idiot could it, no fancy dan photography or illustration, just words. Single colour words.
I’d only just bought an Apple Mac to figure out how to use Adobe Illustrator, so minimal was not only a strategic choice, it was probably all I could do at the time. 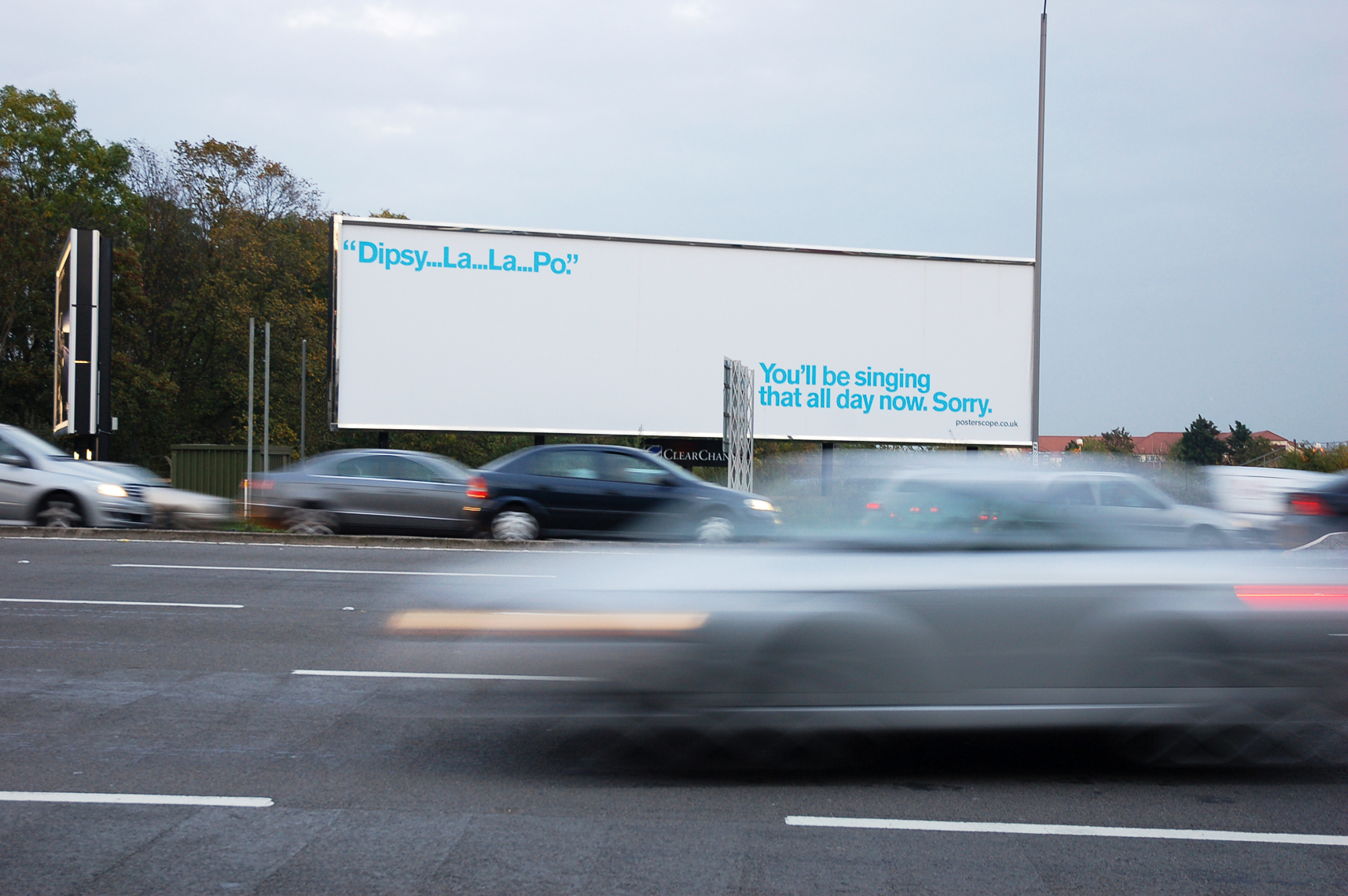 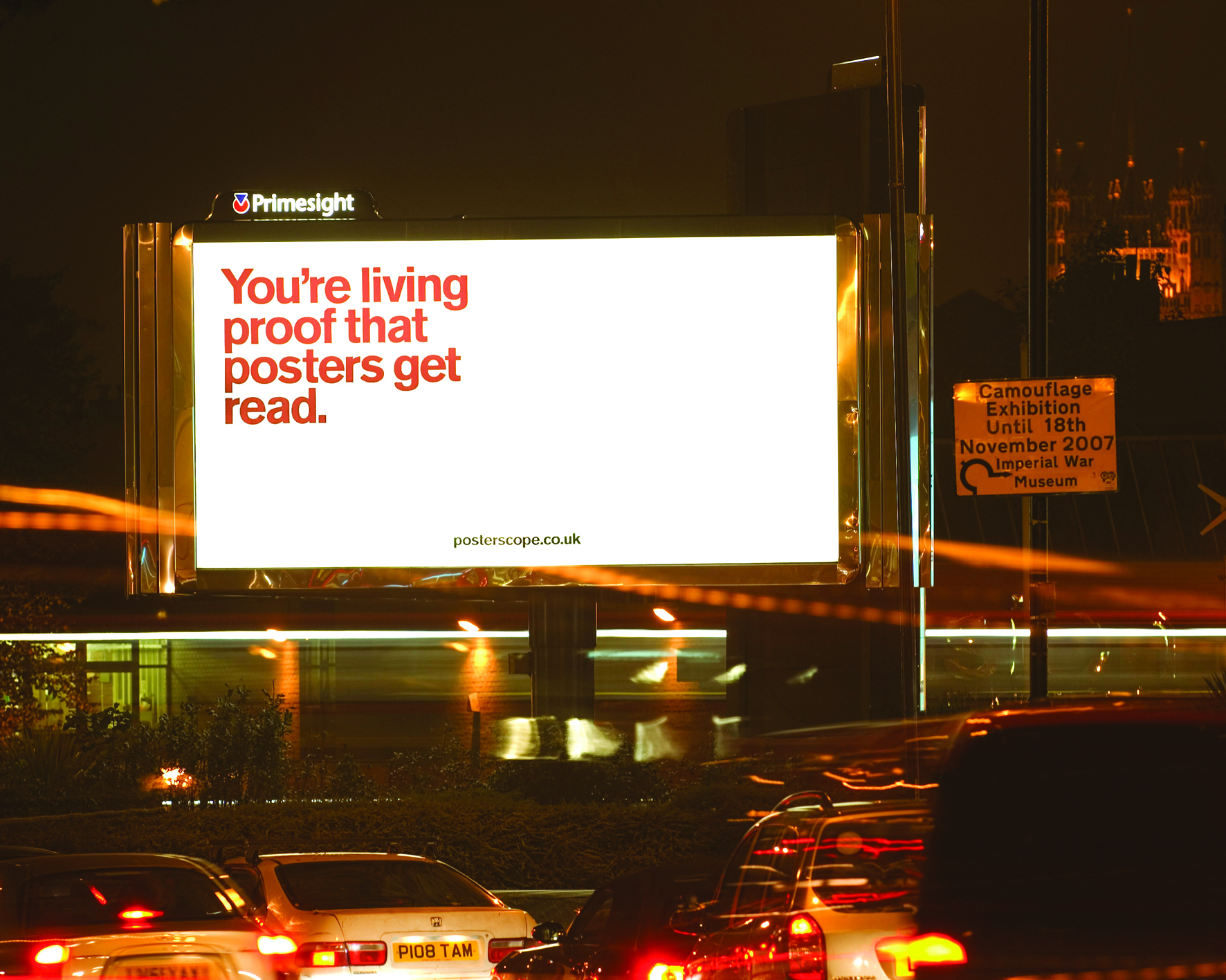 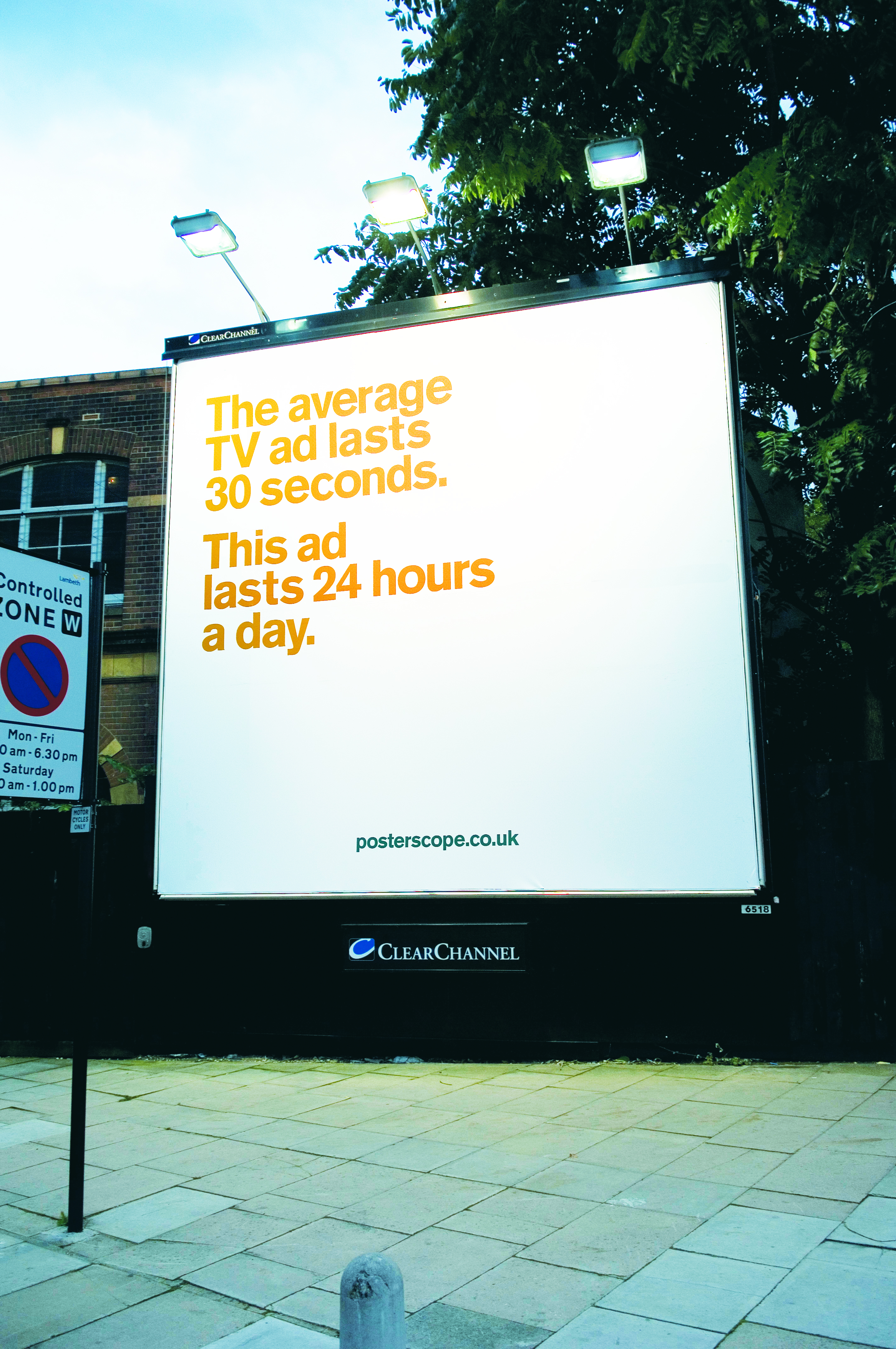 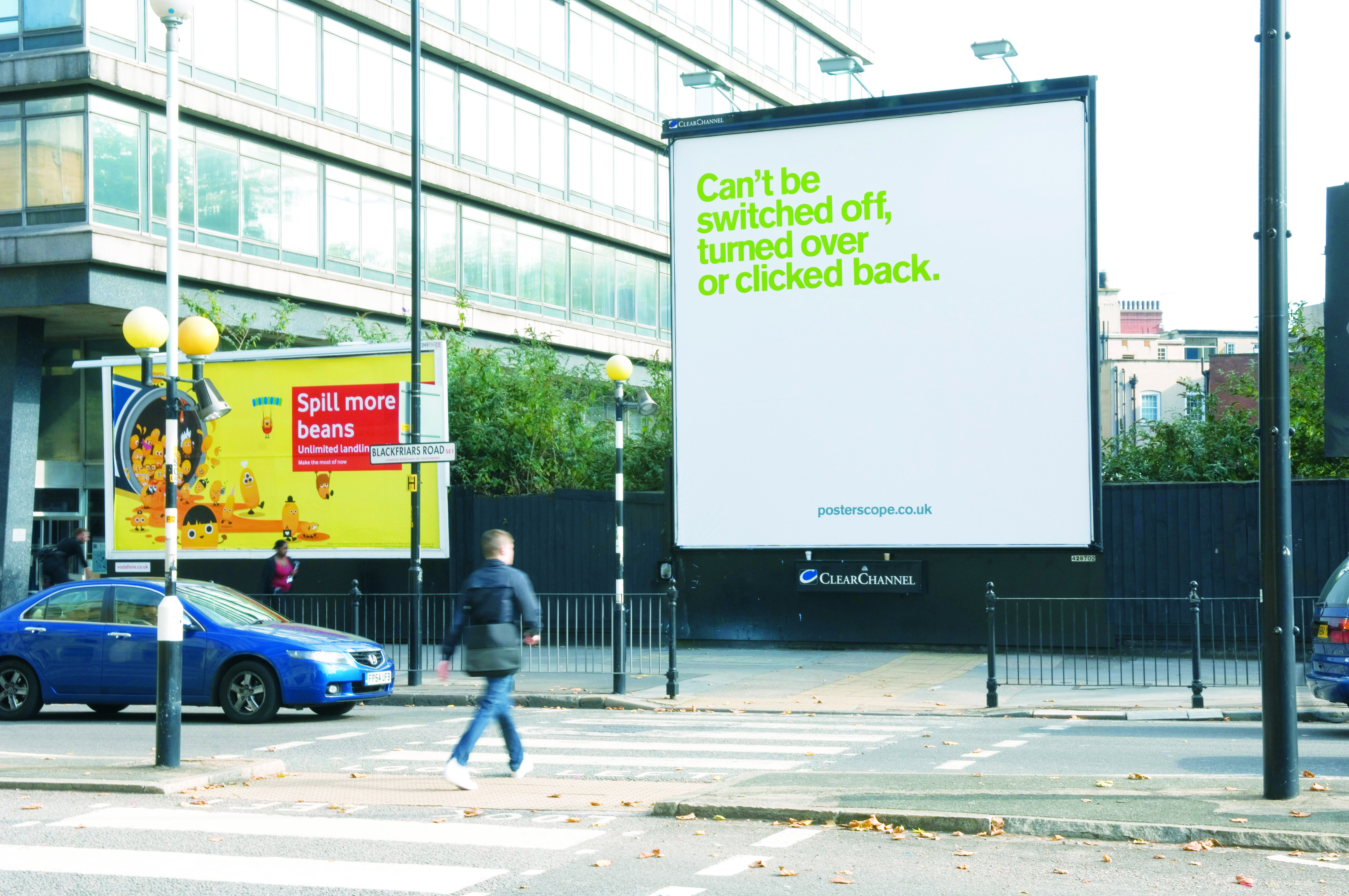 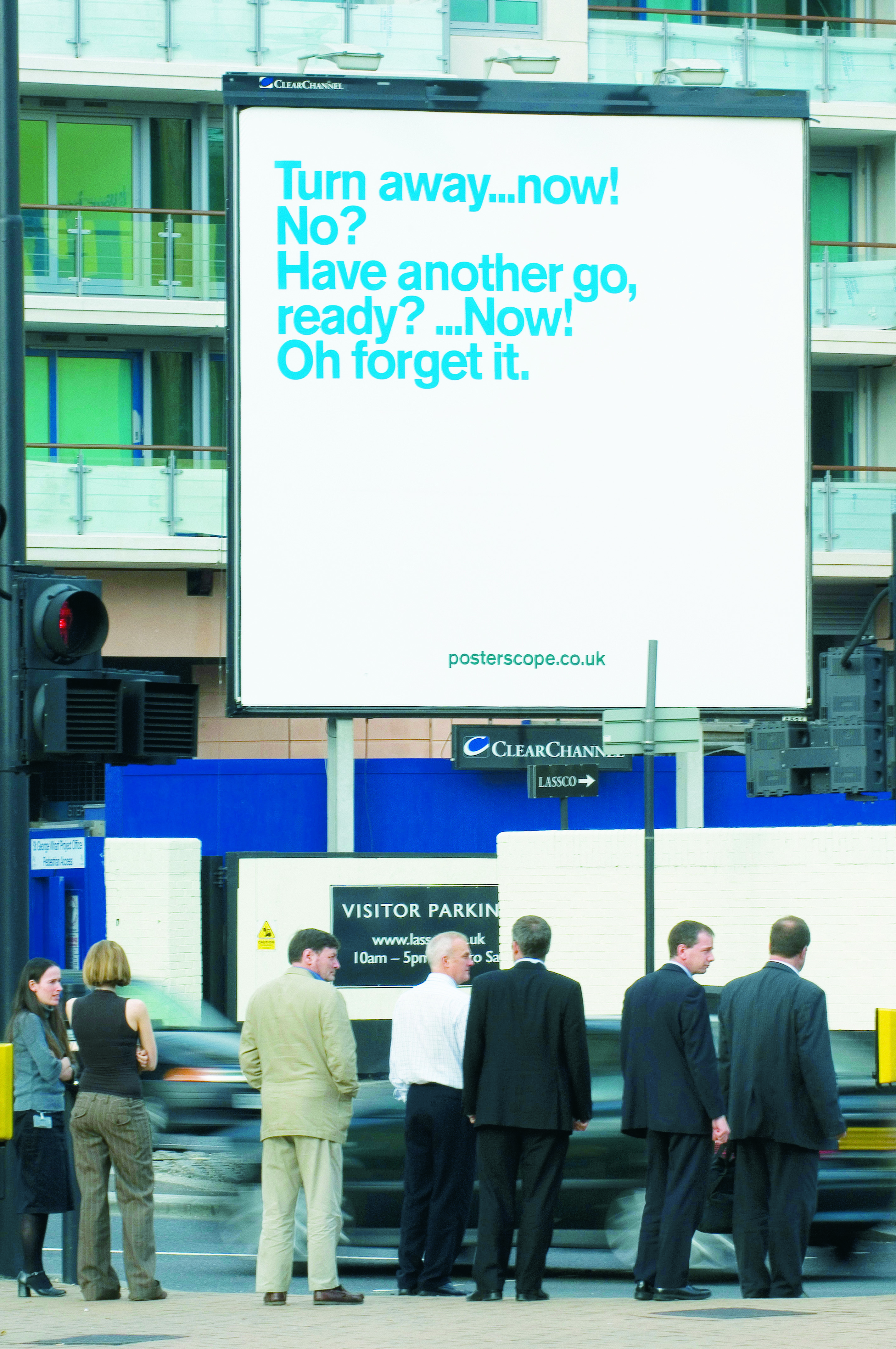 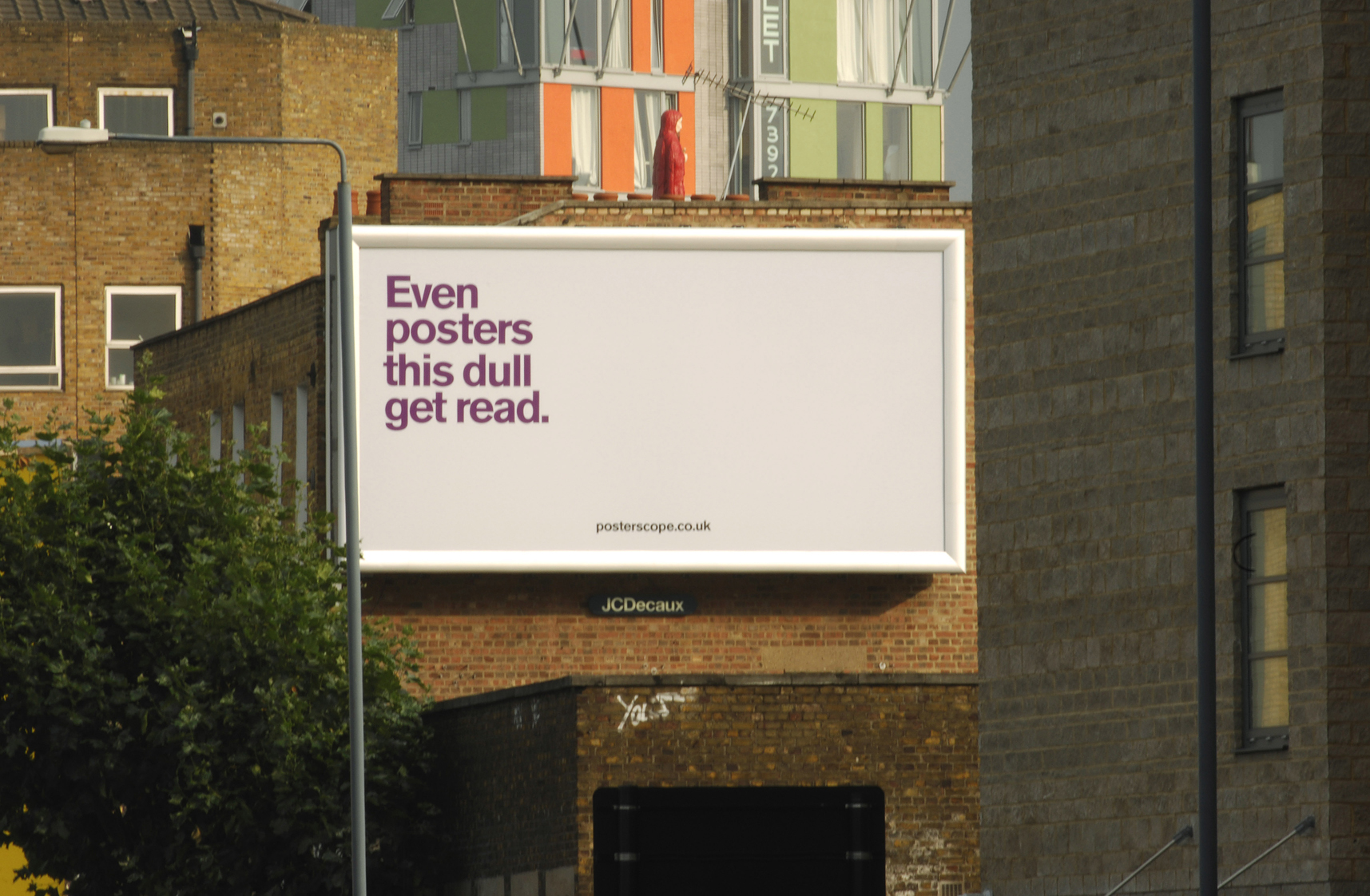 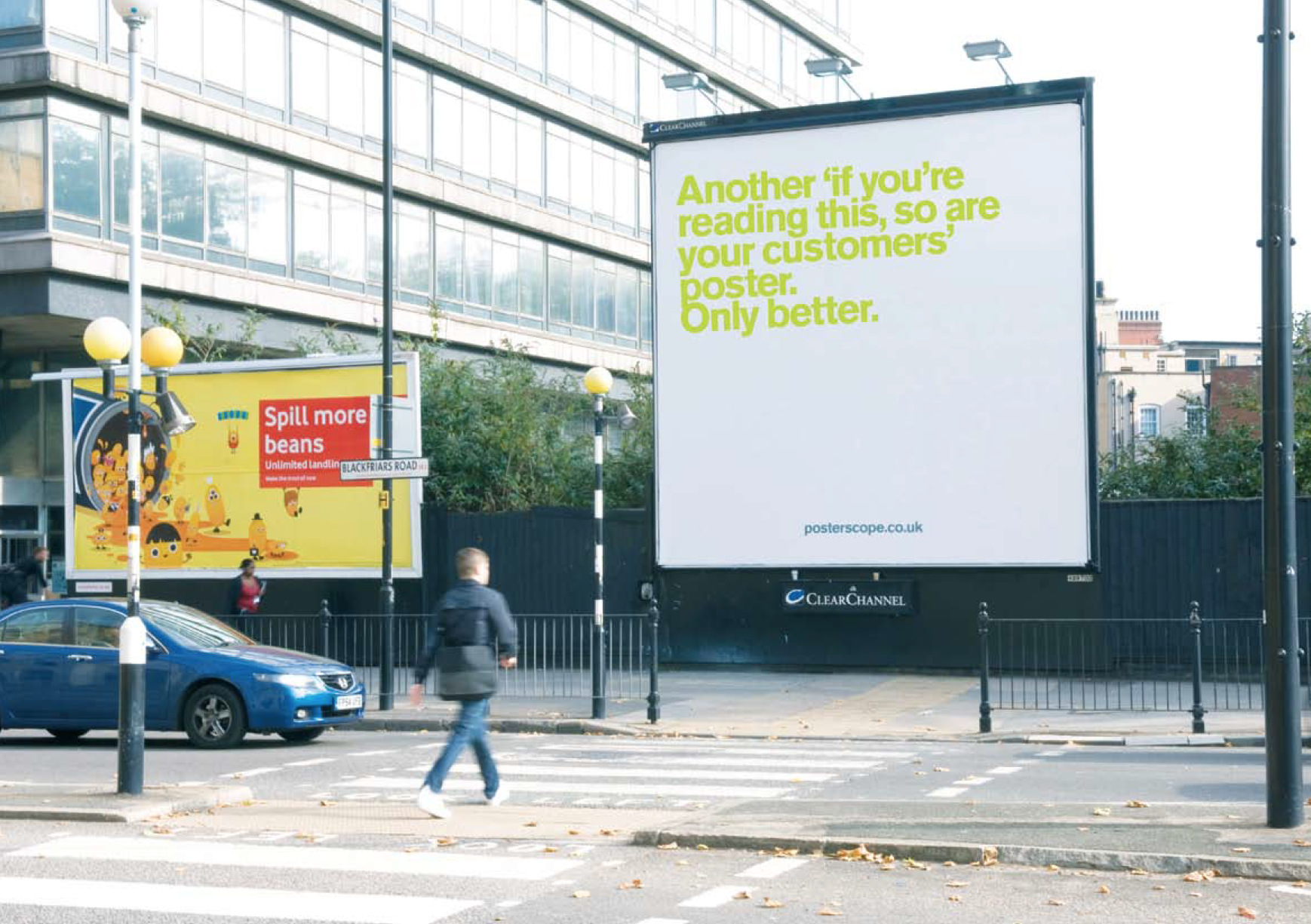 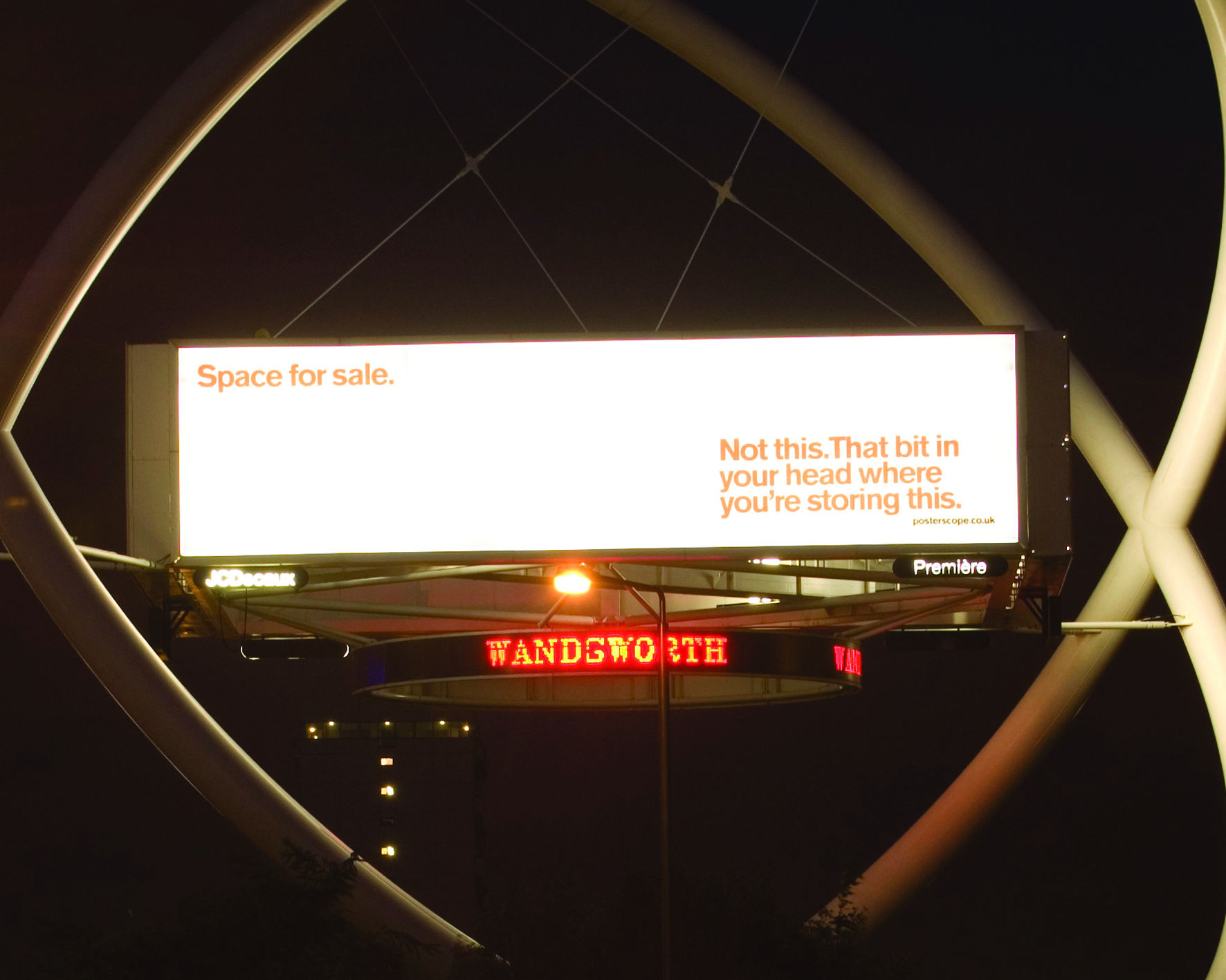 They got a lot of P.R. for Posterscope at the time.
We vowed to do the same again the following year.
A year later we produced this batch. 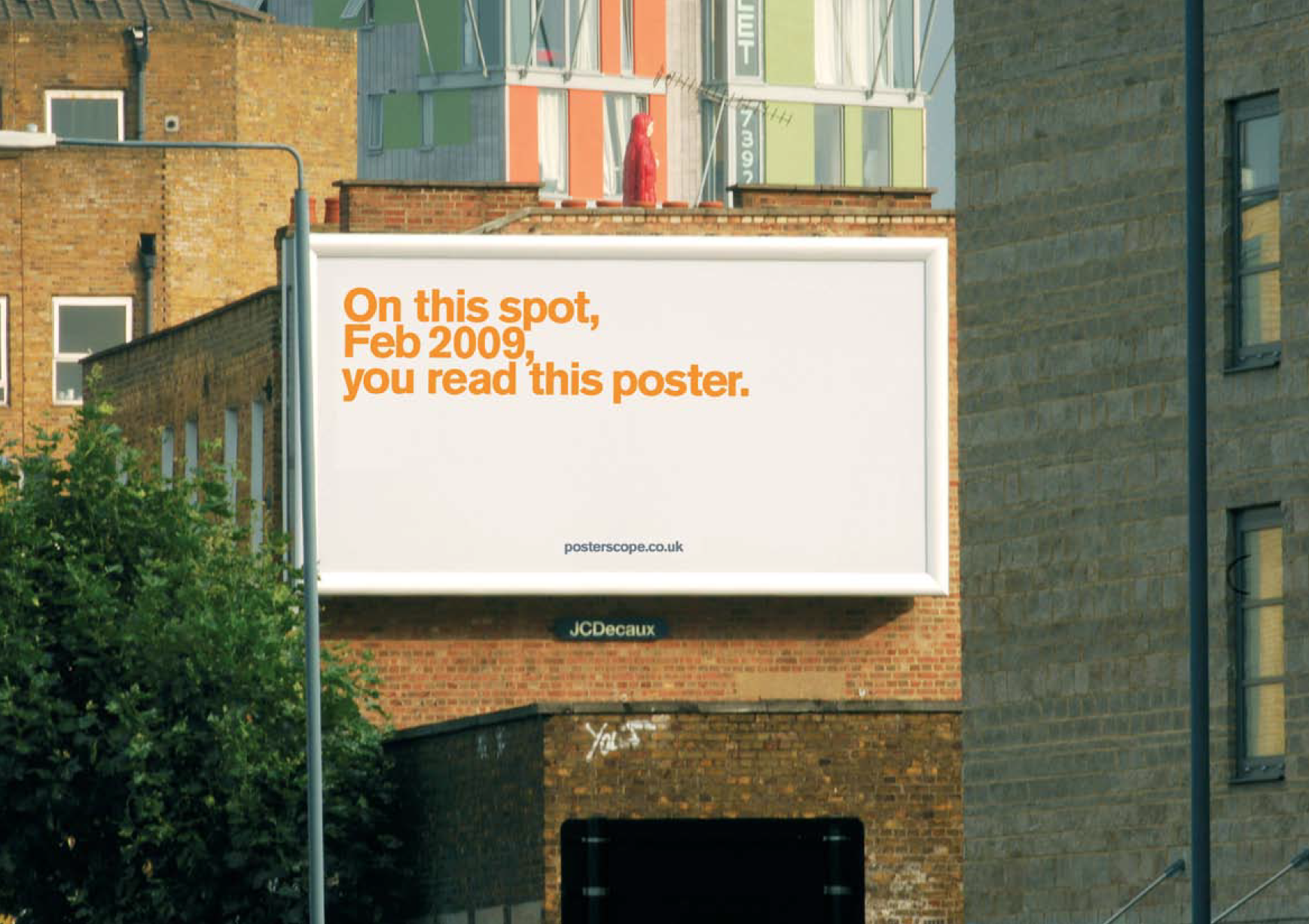 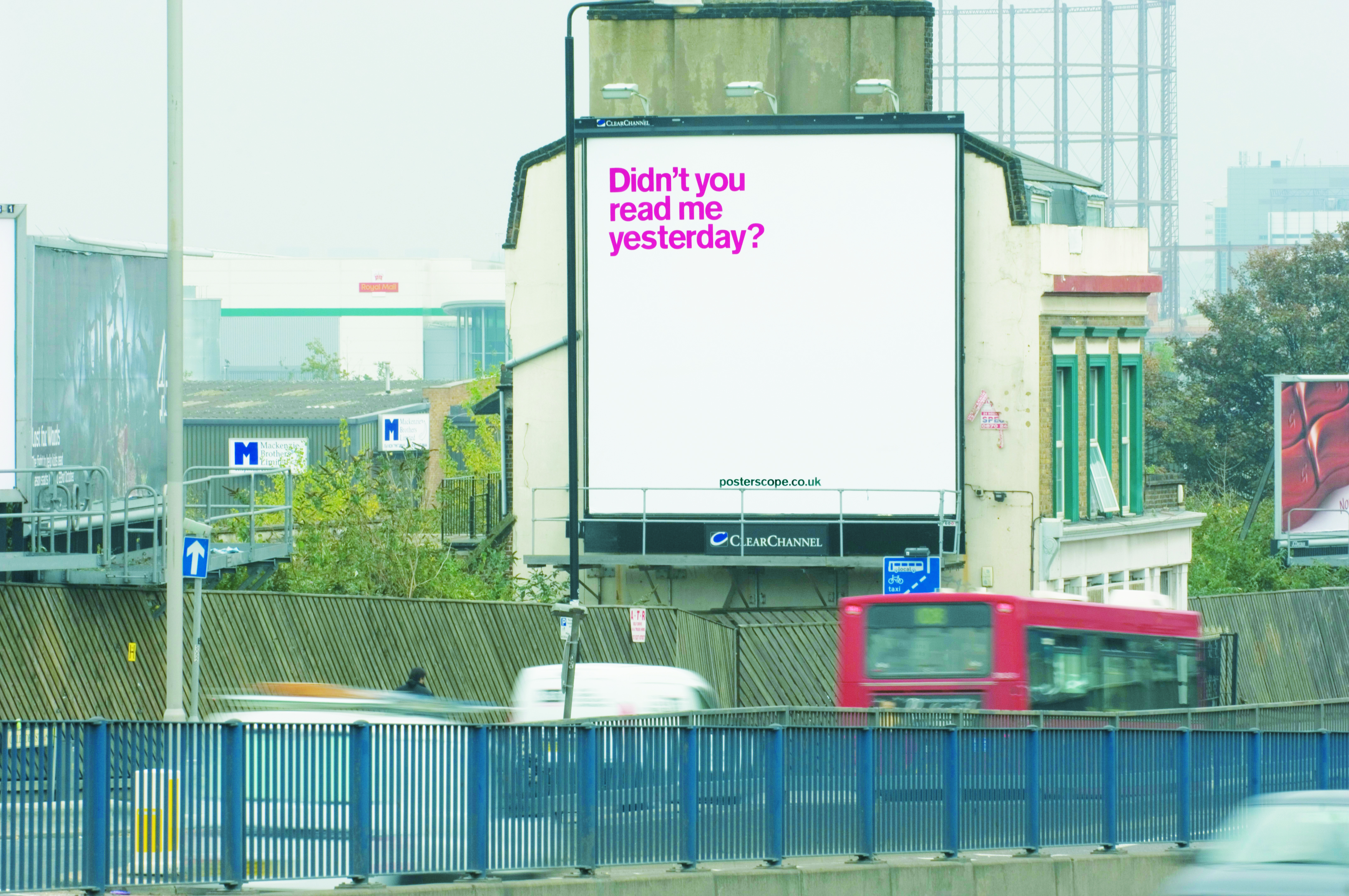 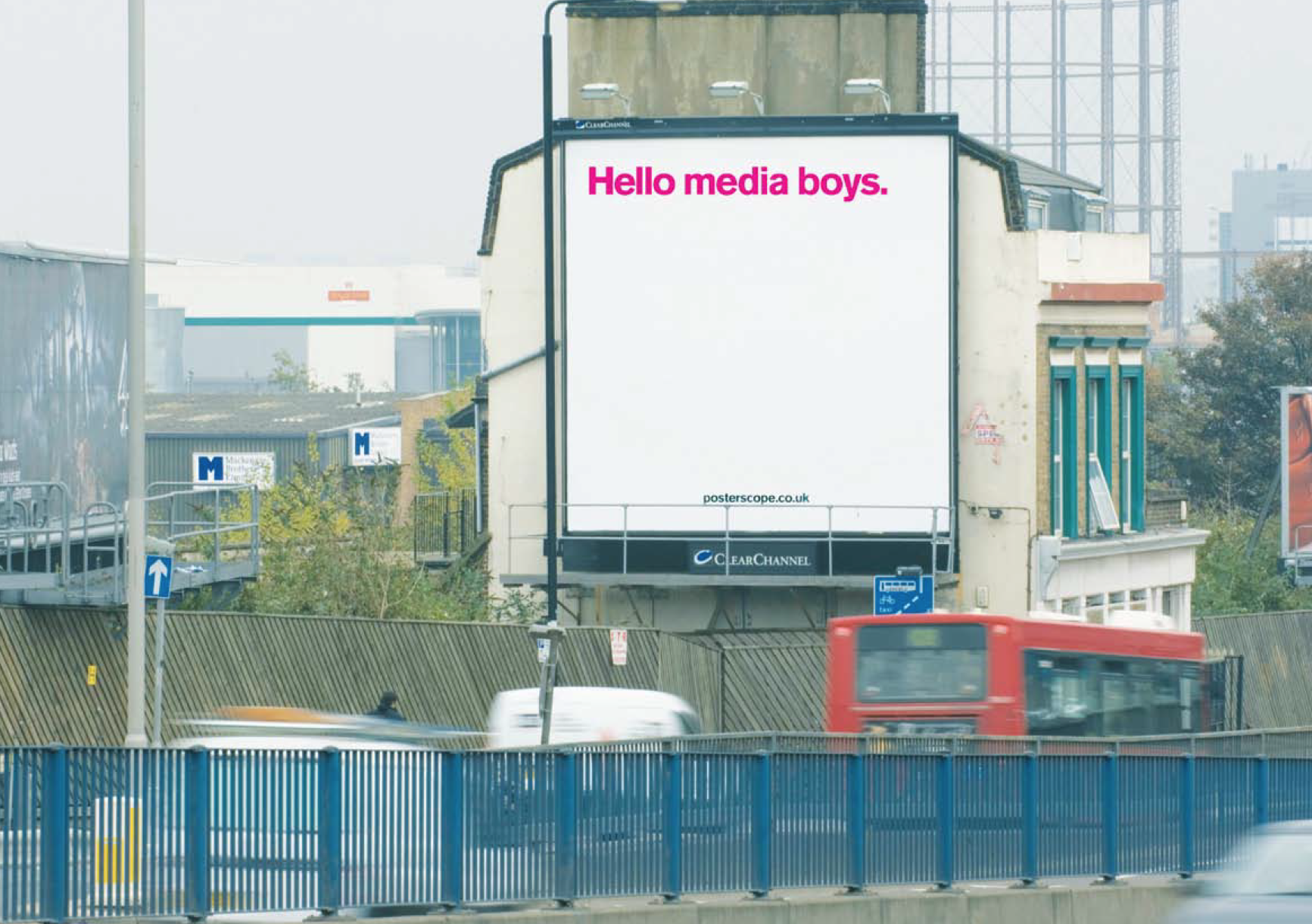 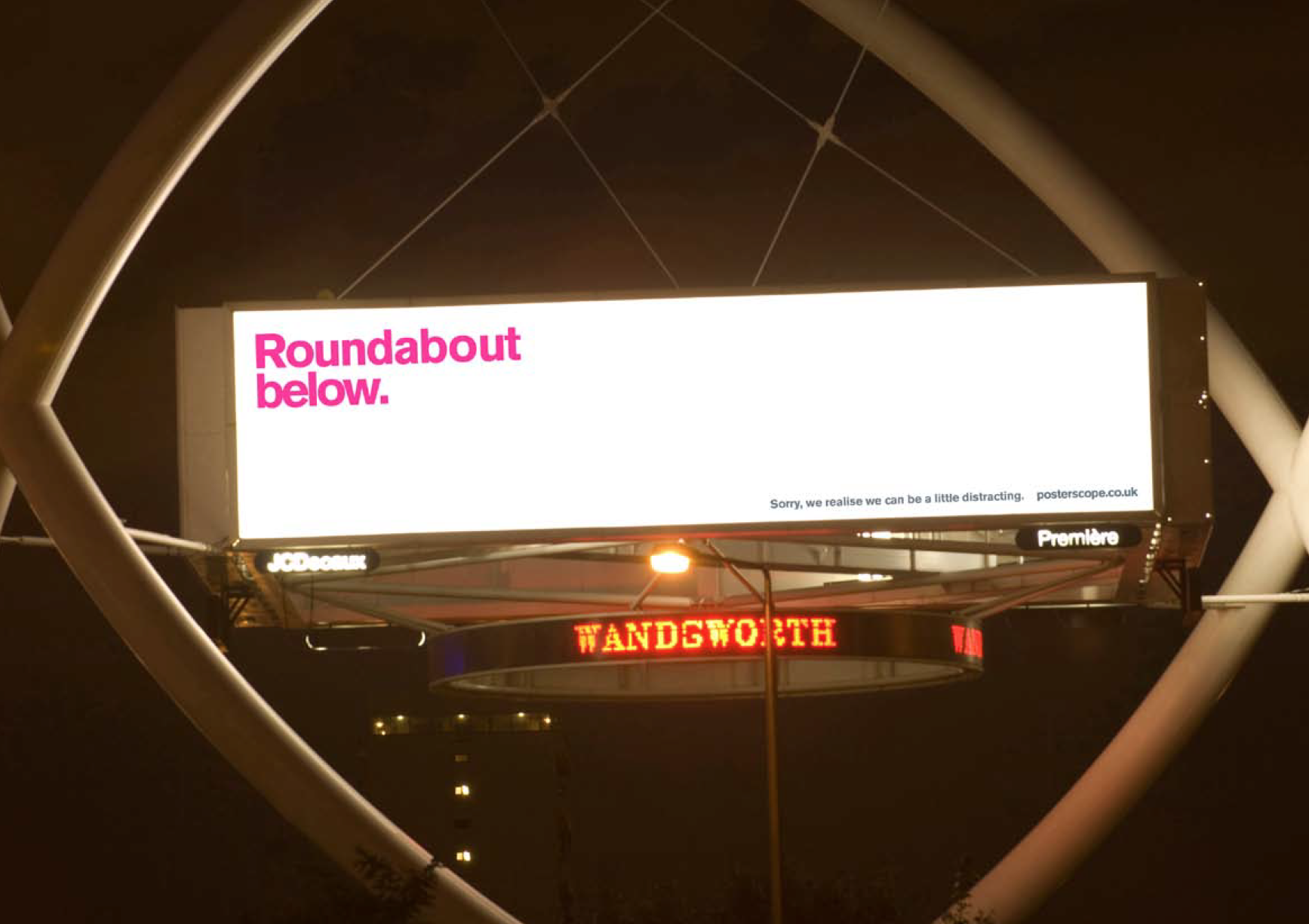 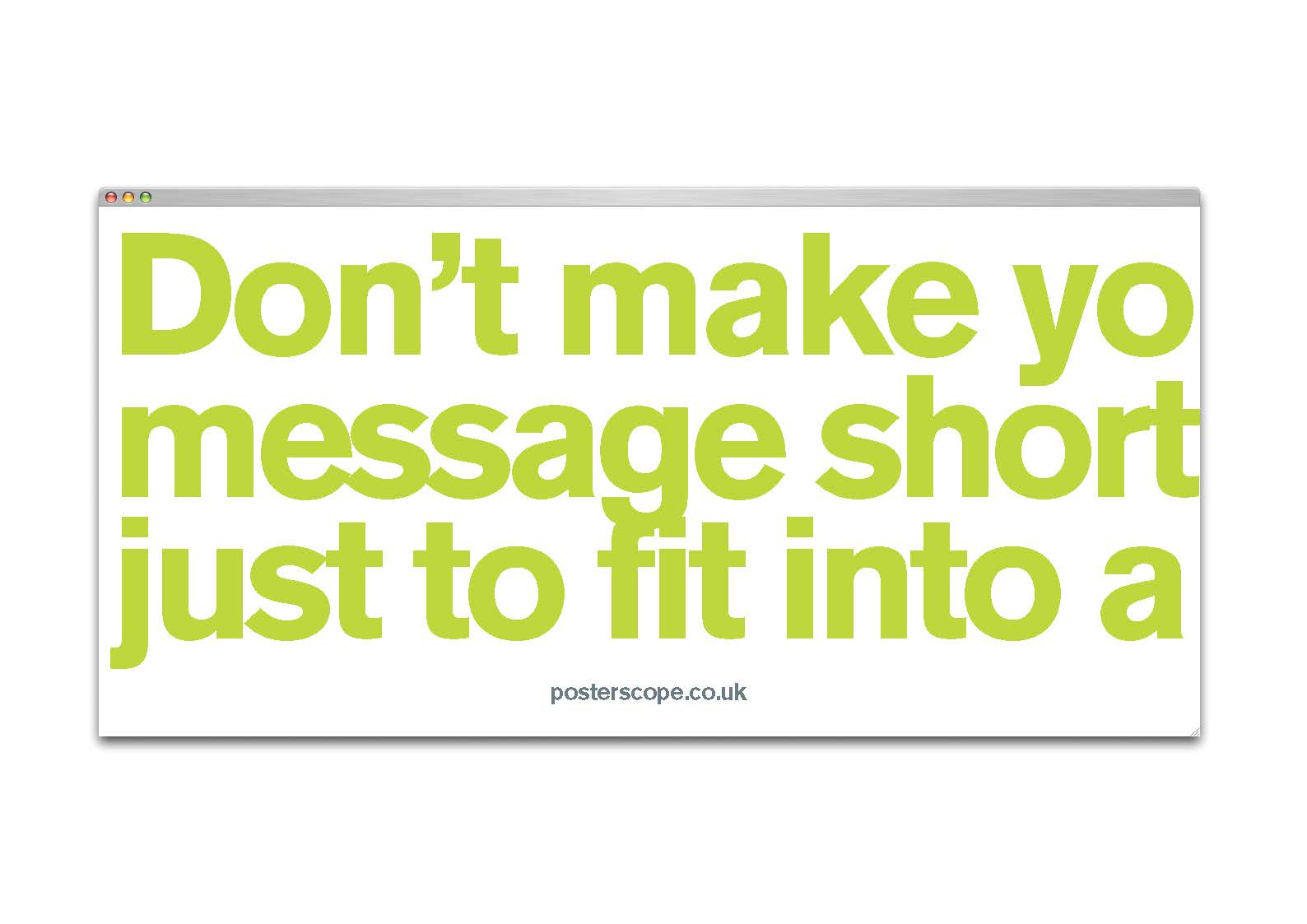 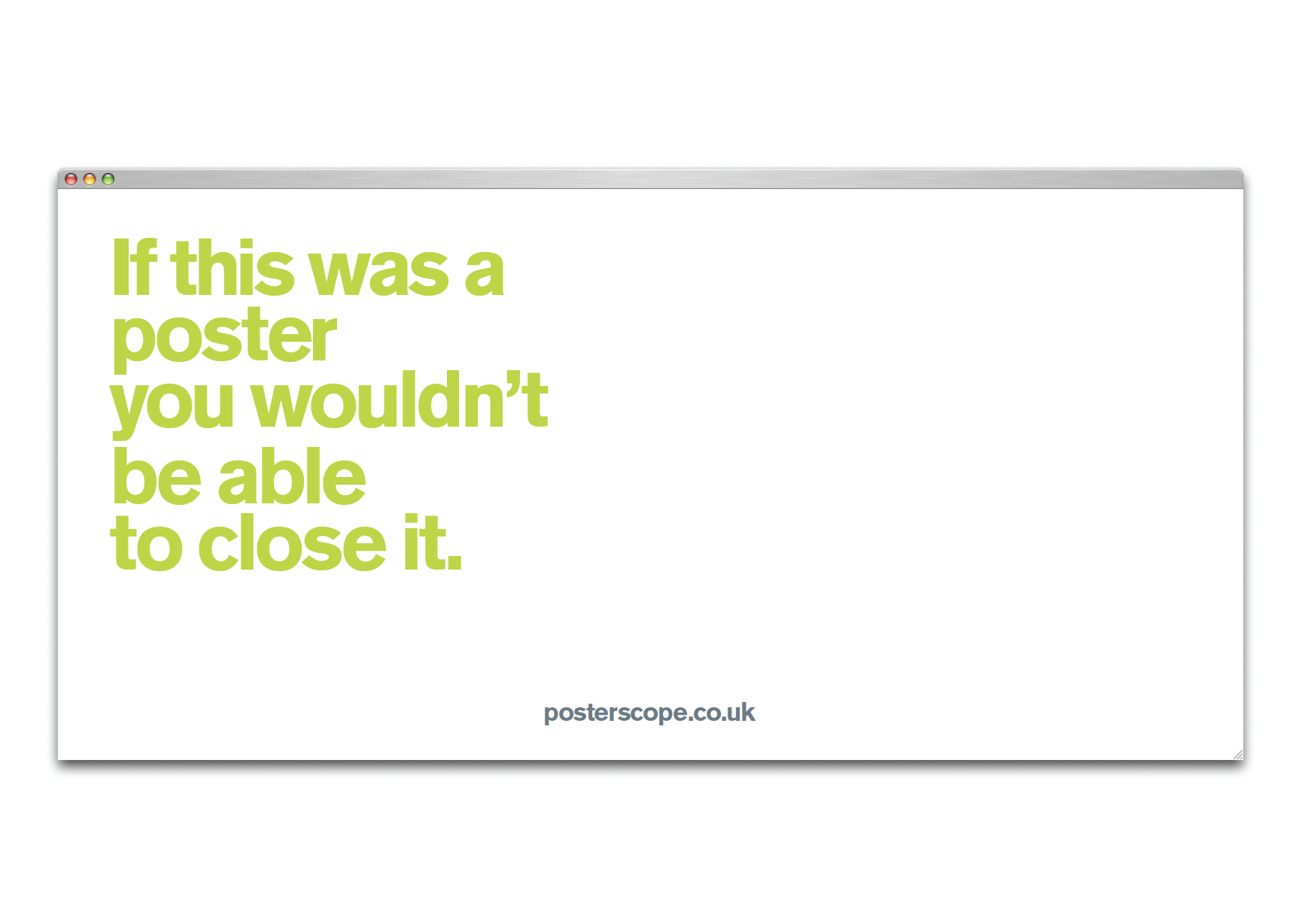 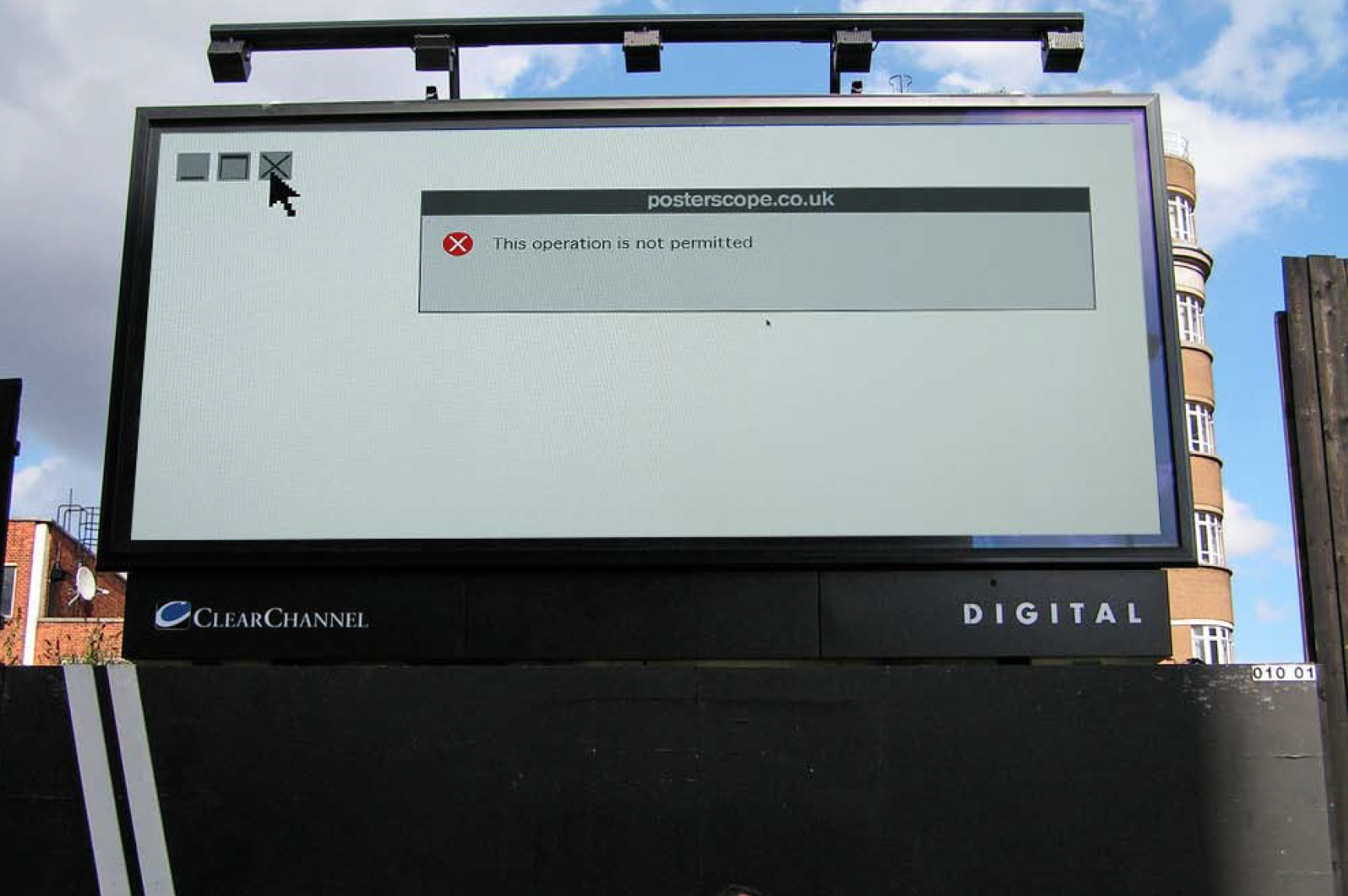 A few ran, most didn’t.
But, the story has a happy ending, a couple of months ago Mark’s wife Anna Denton, (or Anna Denton-Spaghetti as she’s known in Theatre circles), put on a play – Sex Cells, I did some posters and Glen at Posterscope repaid Mark and I for the posters done six years previously by putting them up around Hammersmith to help get sell tickets. 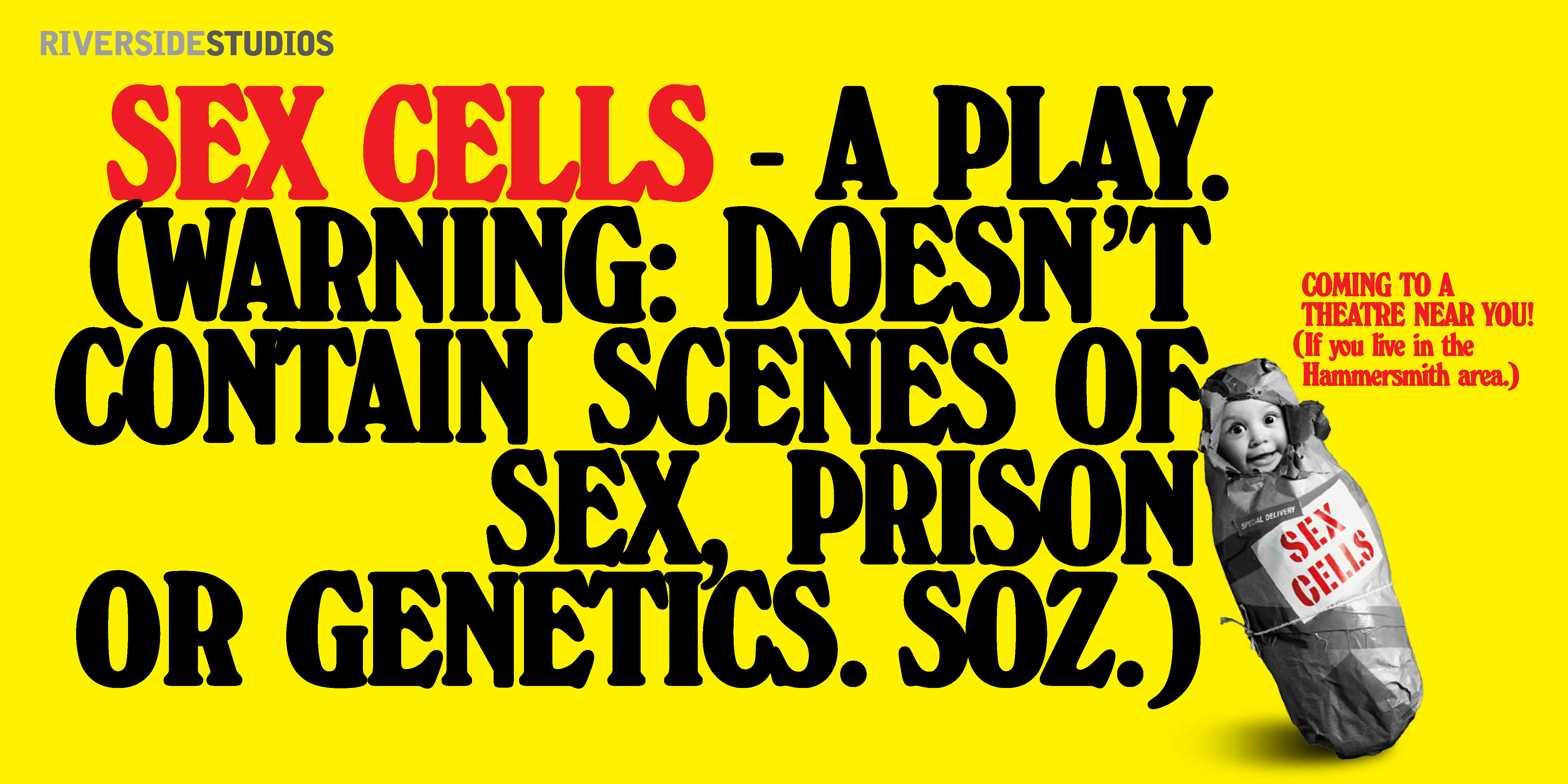 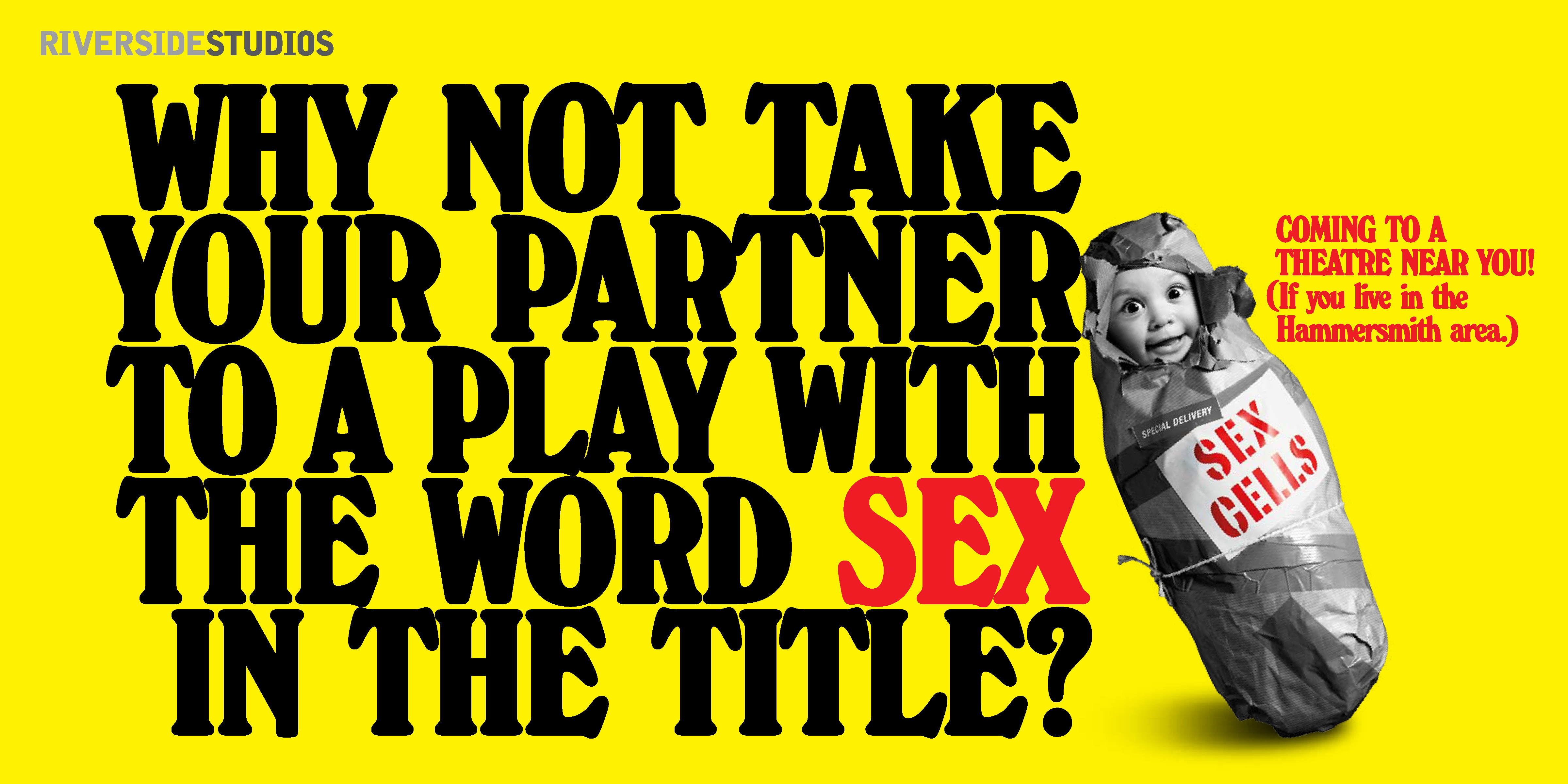 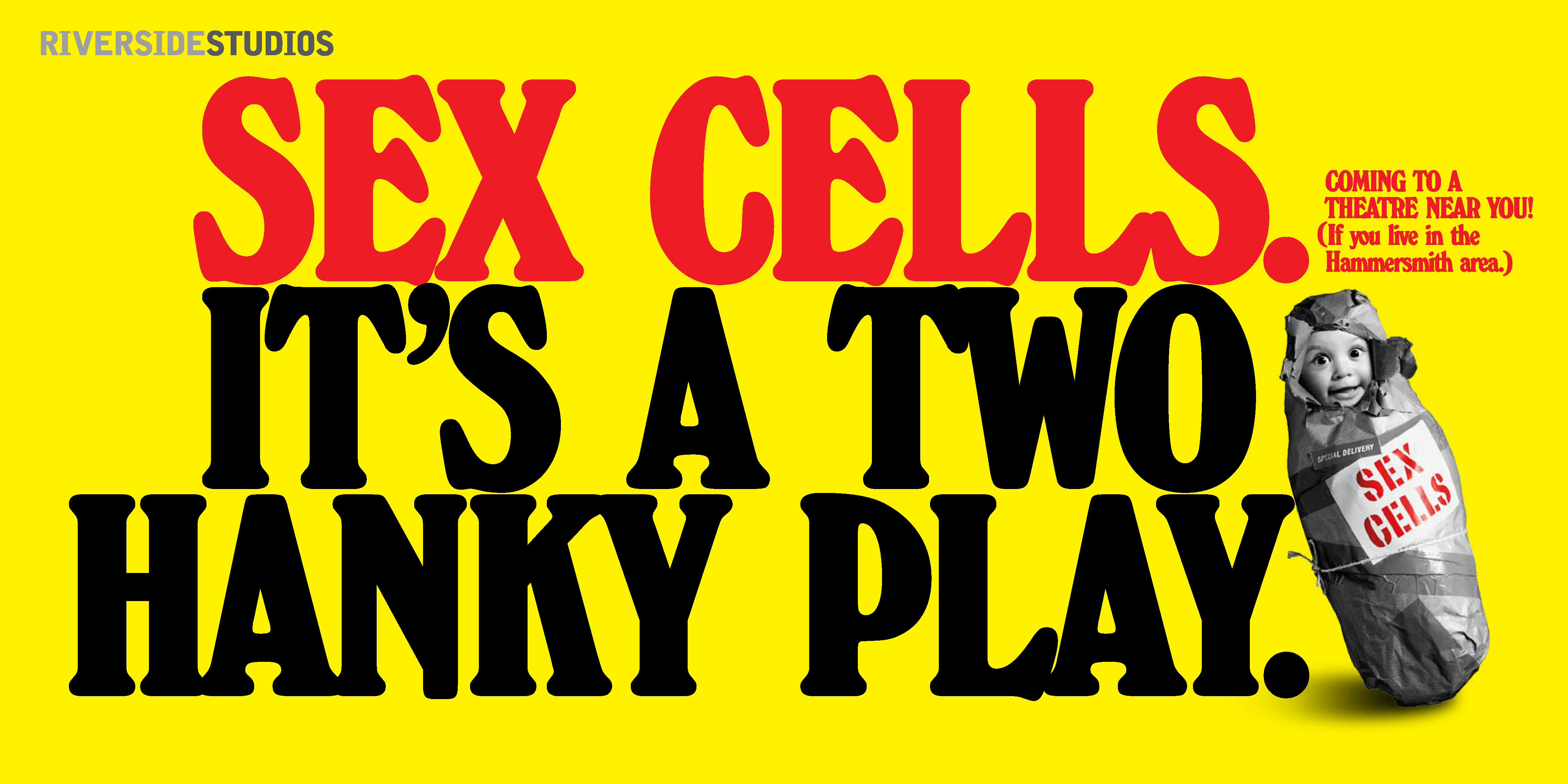 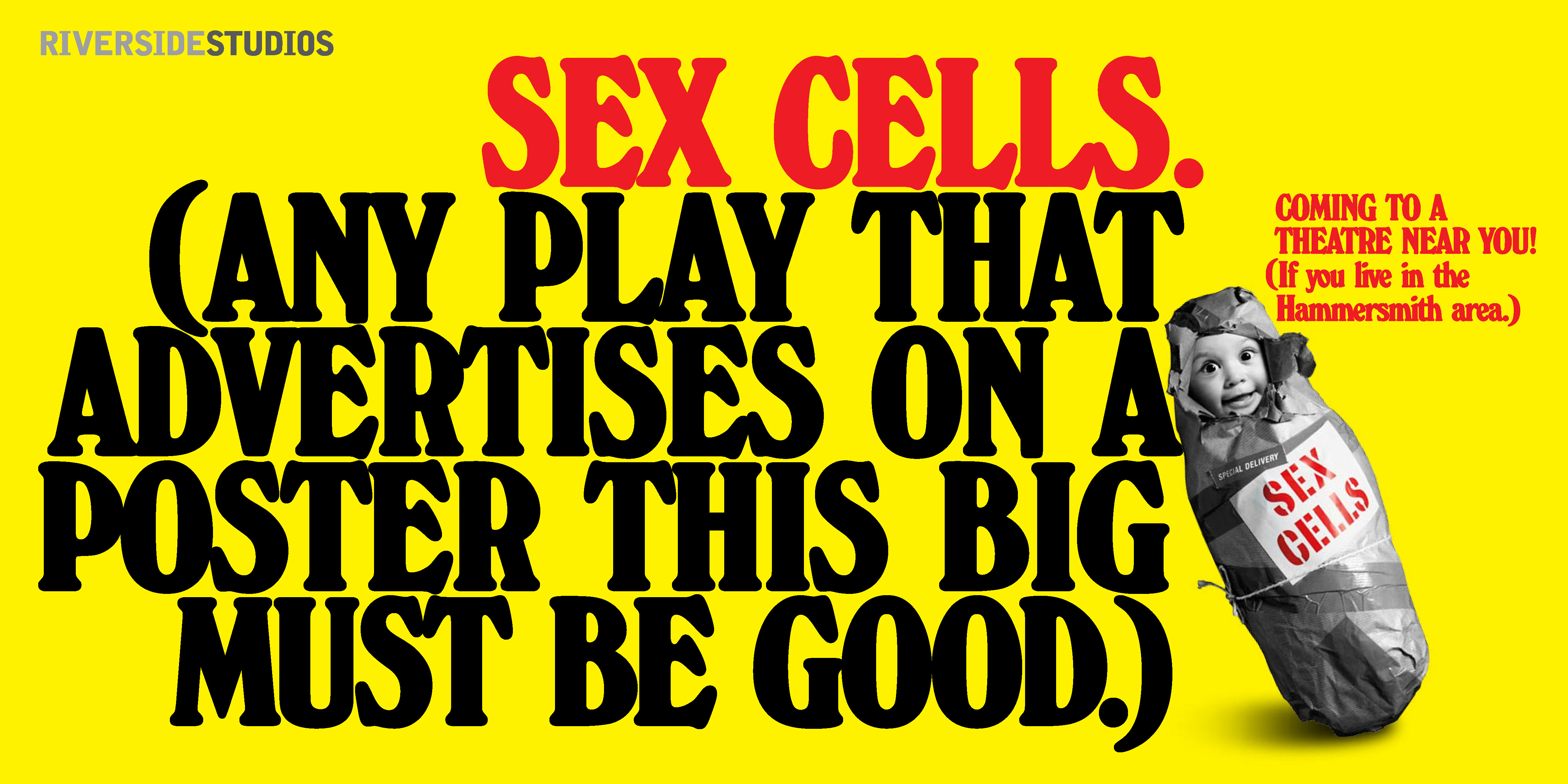 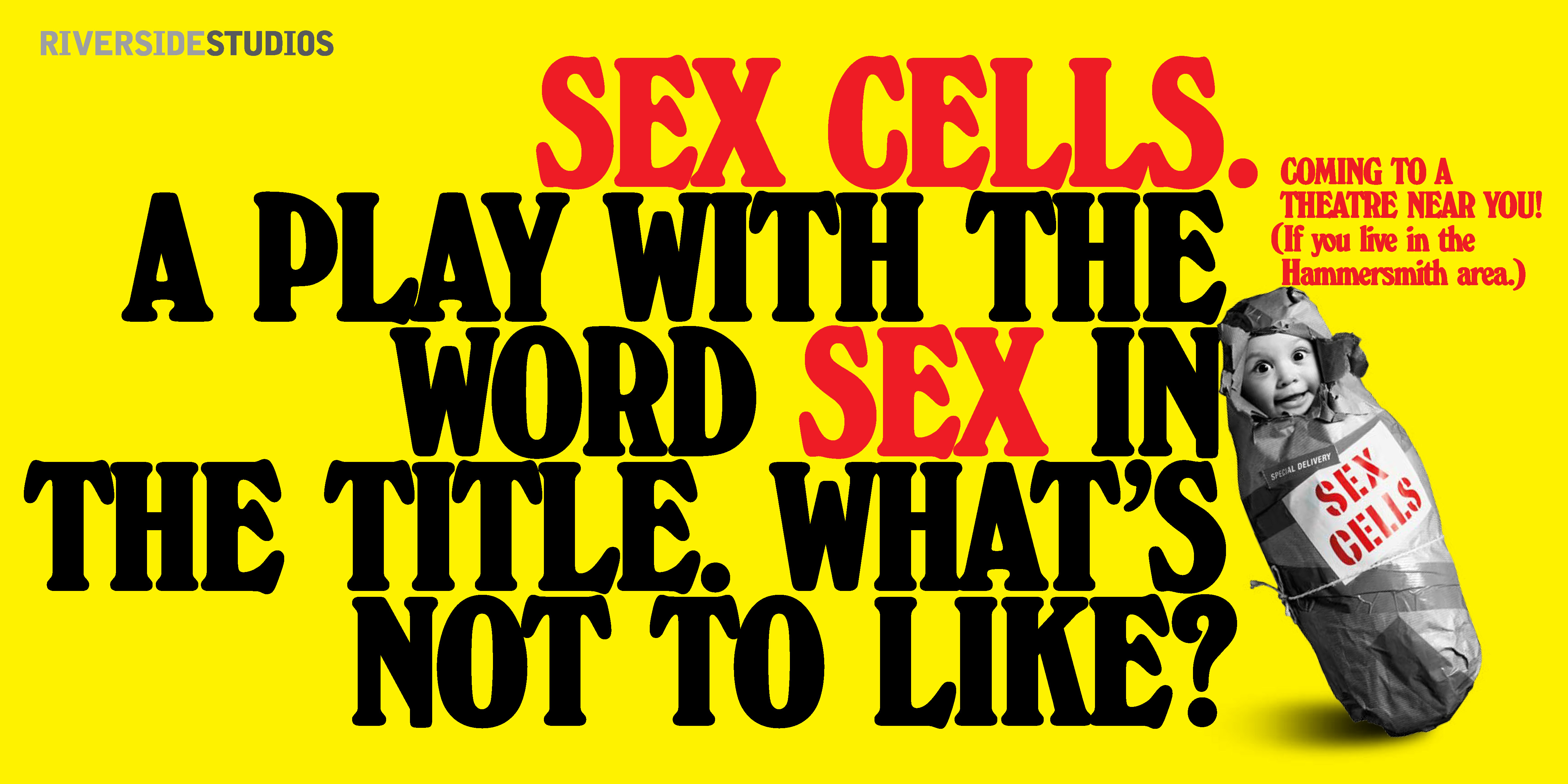 Mark & Anna in front of one of them. And they say romance is dead? 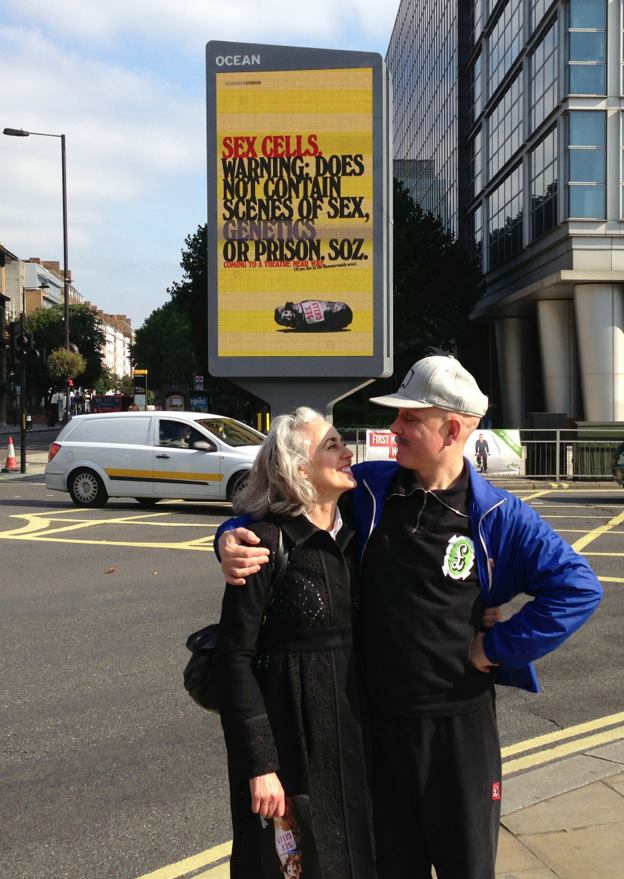