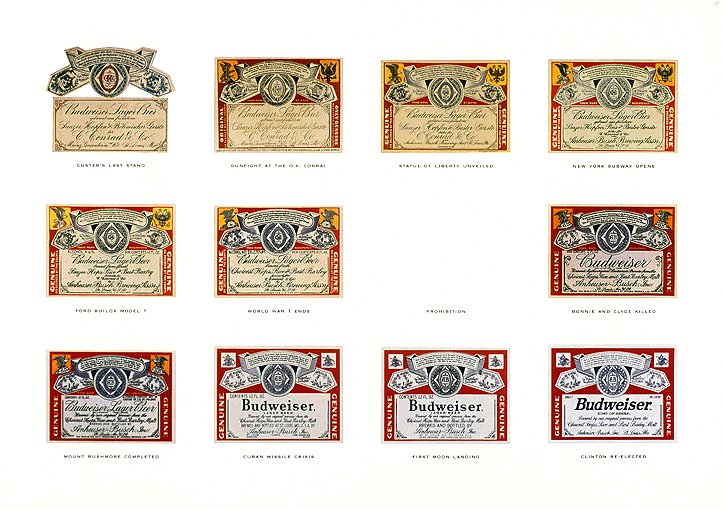 This was a very popular ad when I turned up at Bishopsbridge Road.
When the client asked for more they were told the cupboard was bare, it was a one-off.
New fangled beers were popping up in the more fashionable bars every week, Budweiser needed a campaign to give them a bit of cache.
Sean Doyle and I were briefed on a campaign aimed at readers of the Face, Wallpaper and ID, what’s the technical term for them? Fashionistas? Opinion formers? Hipsters? Twats?
August Busch III and his gang wanted to really stick it to those newbies and say something like: ‘They’re kids, wet behind the ears, we’ve been brewing beer for over a hundred years, so we’re really good at it now.’
Account Man: ‘A heritage campaign? In THOSE publications?’
Client: ‘But that’s the key difference between us and all these new lagers.’
Planning: ‘Nothing is less cool than banging on about being old, it’s so worthy and dull. We need a hip message to talk to hip people, and heritage isn’t hip.’
The planners and clients got into a Mexican stand-off.
One of my bug bears at BMP was that the planners were sometimes too smart to allow themselves to say the obvious, they’d turn the obvious into something ‘interesting’ so that the creatives could create.
A noble cause, but sometimes it would mean ‘15% off Volkswagen Beetles’ becomes ‘The sixties is now even more attainable’, sometimes it cab be really helpful, sometimes frustrating.
Creative: ‘Why are the sixties now even more attainable?’
Planner: ‘Because there’s 15% off Volkswagens Beetles’
Creative: ‘Can’t we just say that?’
Personally, I’d think; you figure out what’s the most motivating thing to say and I’ll figure out how to make it interesting, it’s what I’m paid for.
If reminding people of Budweiser’s long history makes people question those beers in short pants they’re buying, fine, let’s figure out how to make their history cool.
It doesn’t have to be screeds of copy banging on about the founders and their philosophy around hop choice.
The first thought that occurred to us was that old comedy staple, ‘she’s so old that… (fill in the crazy stone-age/prehistoric/Elizabethan reference of  choice.)
The second was that America is virtually brand new, 150 years ago in America is older than 150 years ago in Britain.
THINGS THAT DIDN’T EXIST BACK THEN.
There was hardly anything U.S. when Budweiser started, virtually everything we associate with the U.S. today didn’t exist when Adolphus Busch started brewing, 1876.
No Empire State Building, no Las Vegas, no Statue of Liberty, no Kardashian’s.
Let’s try that in pictures: We liked it, but worried that simply showing things that weren’t there might be a bit like the ‘Prohibition’ ad.
So what else has changed?
WORDS HAD DIFFERENT MEANINGS BACK THEN.
A ‘Big Mac’ didn’t exist so in those days probably meant large bloke called ‘Mac’.
There must be loads of those. THINGS LOOKED DIFFERENT BACK THEN.
A hundred years ago John Wayne would’ve been tiny, in fact he’d have looked like a tadpole.

How do we make things look cool, for our hipster types?
Running the pictures left to right felt a bit traditional, so I ran them down the left hand side of the gutter, hipsters love the kind of shit.
Where do we put the pack-shot? We‘ve got a bottle in the ad already we don‘t need one.
Logo? The word ‘Budweiser’ is already there and really big, what‘s the point of essentially repeating it in another font? Also, if we want to look cool let’s avoid looking like an ad, what’s less cool than looking like you’re desperately trying to flog your wares? 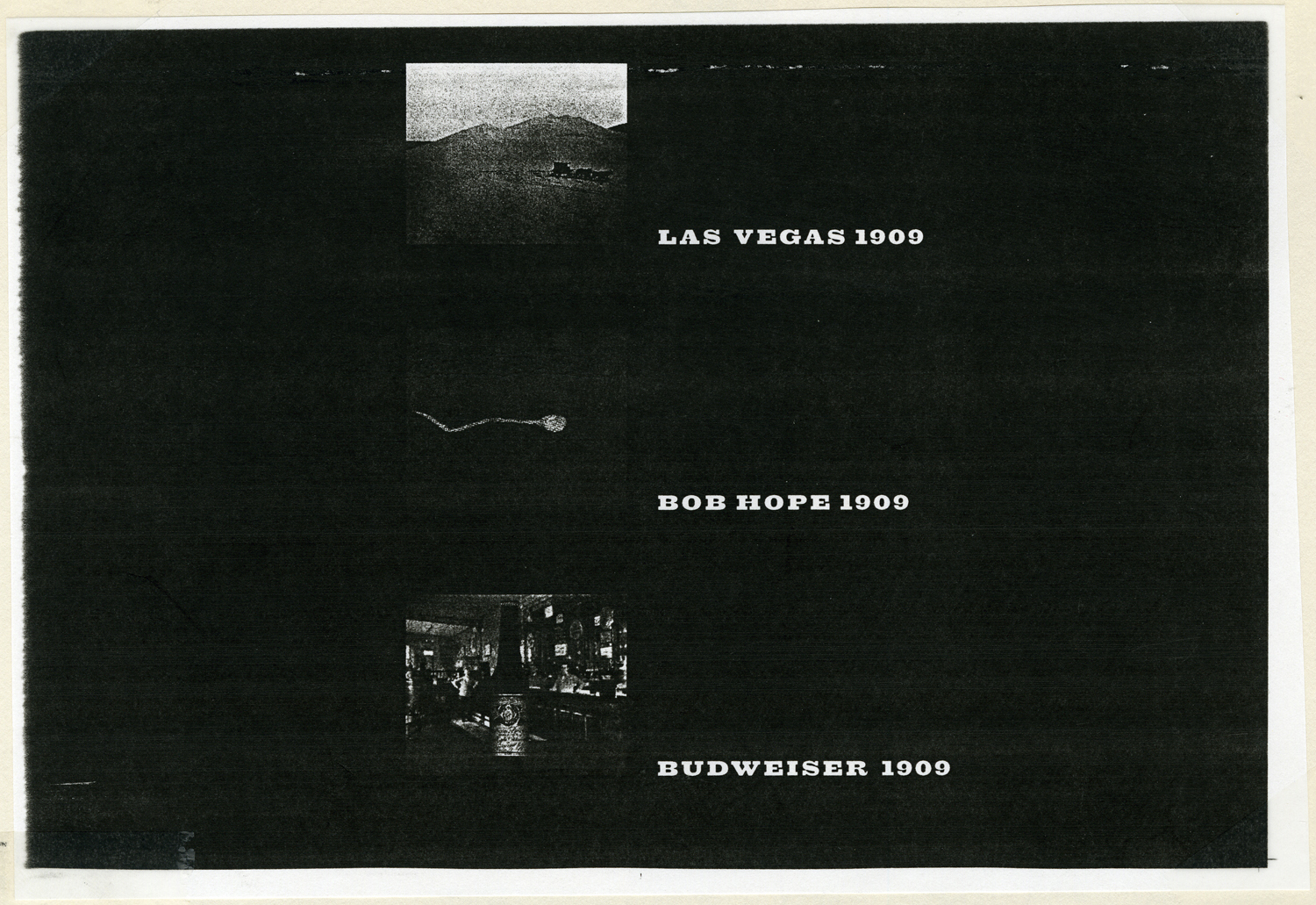 The Estate of John Wayne didn’t want him portrayed as a sperm, (perhaps because he’d effectively be nude?)

The Estate of Bob Hope didn’t want him portrayed as a sperm either. (He’s English anyway, isn’t he?) 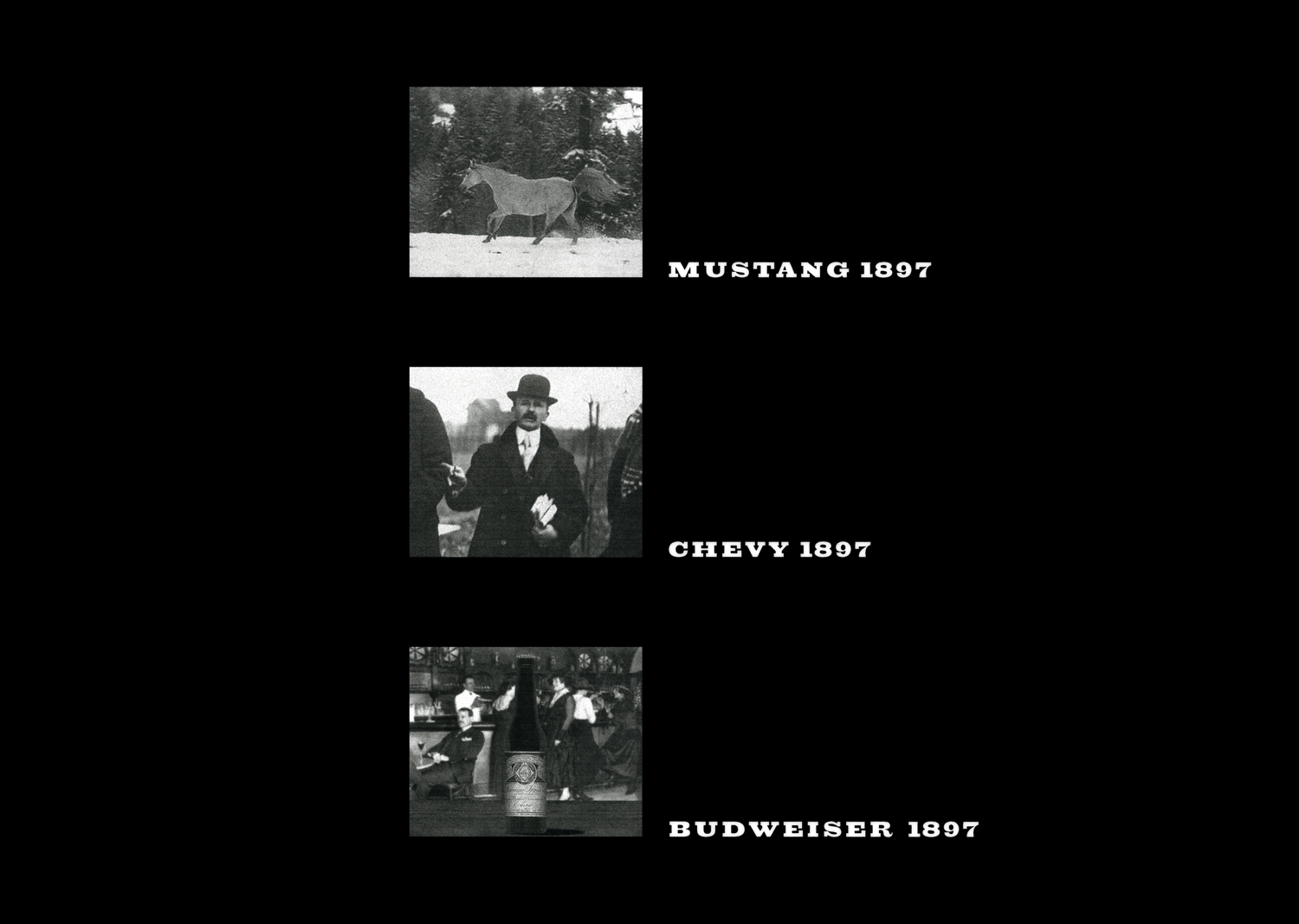 The two car companies didn’t want to  be associated with alcohol. 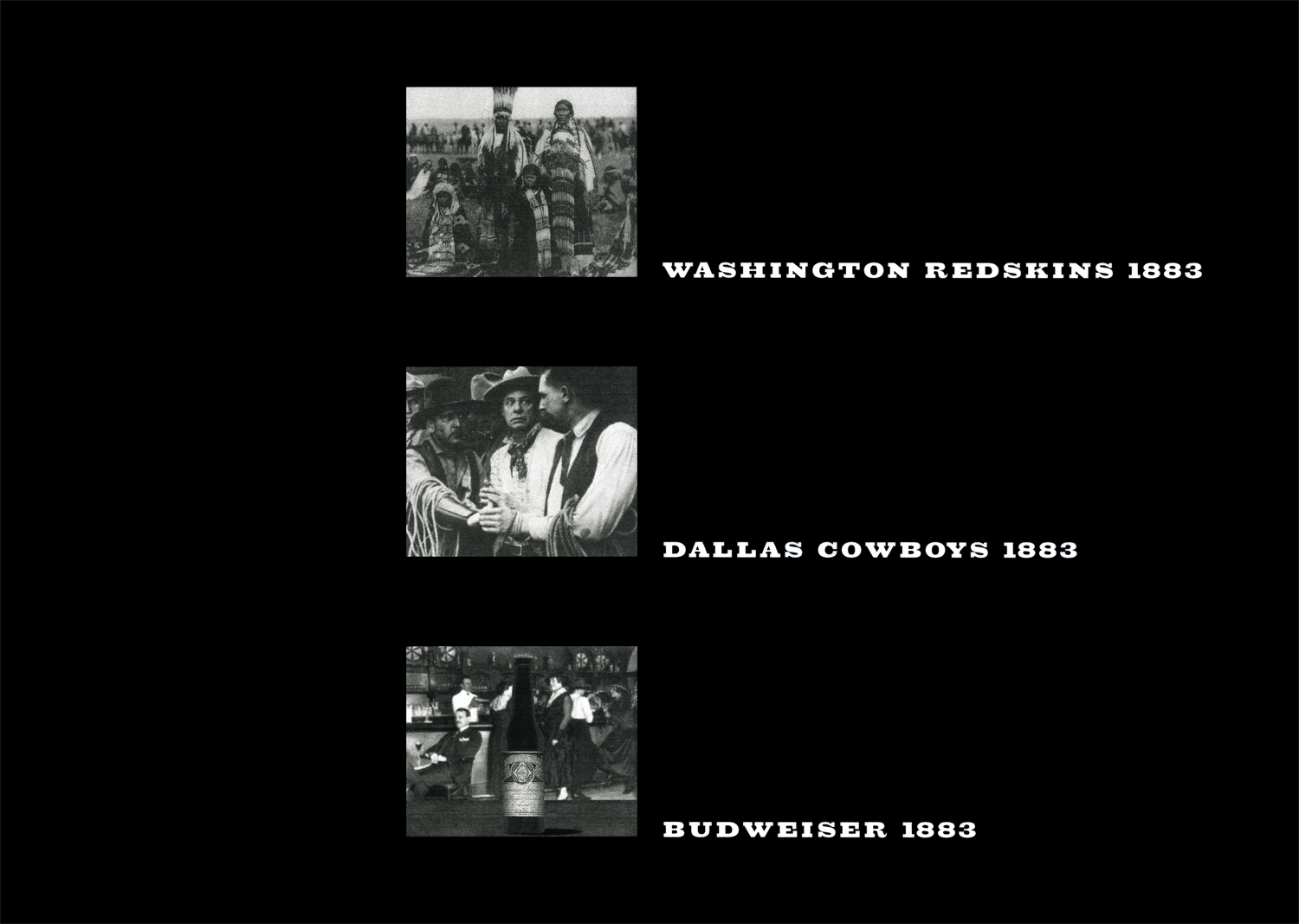 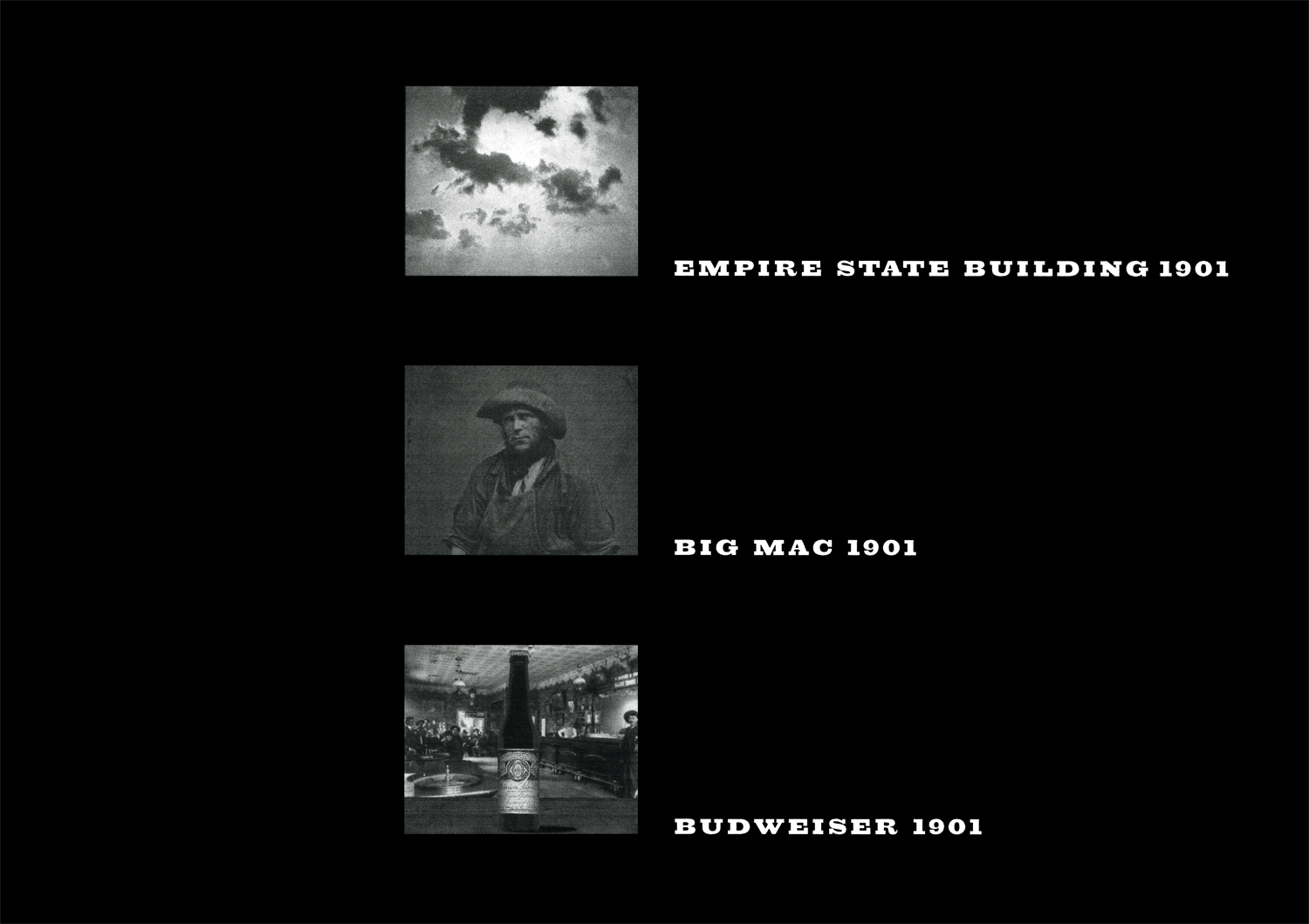 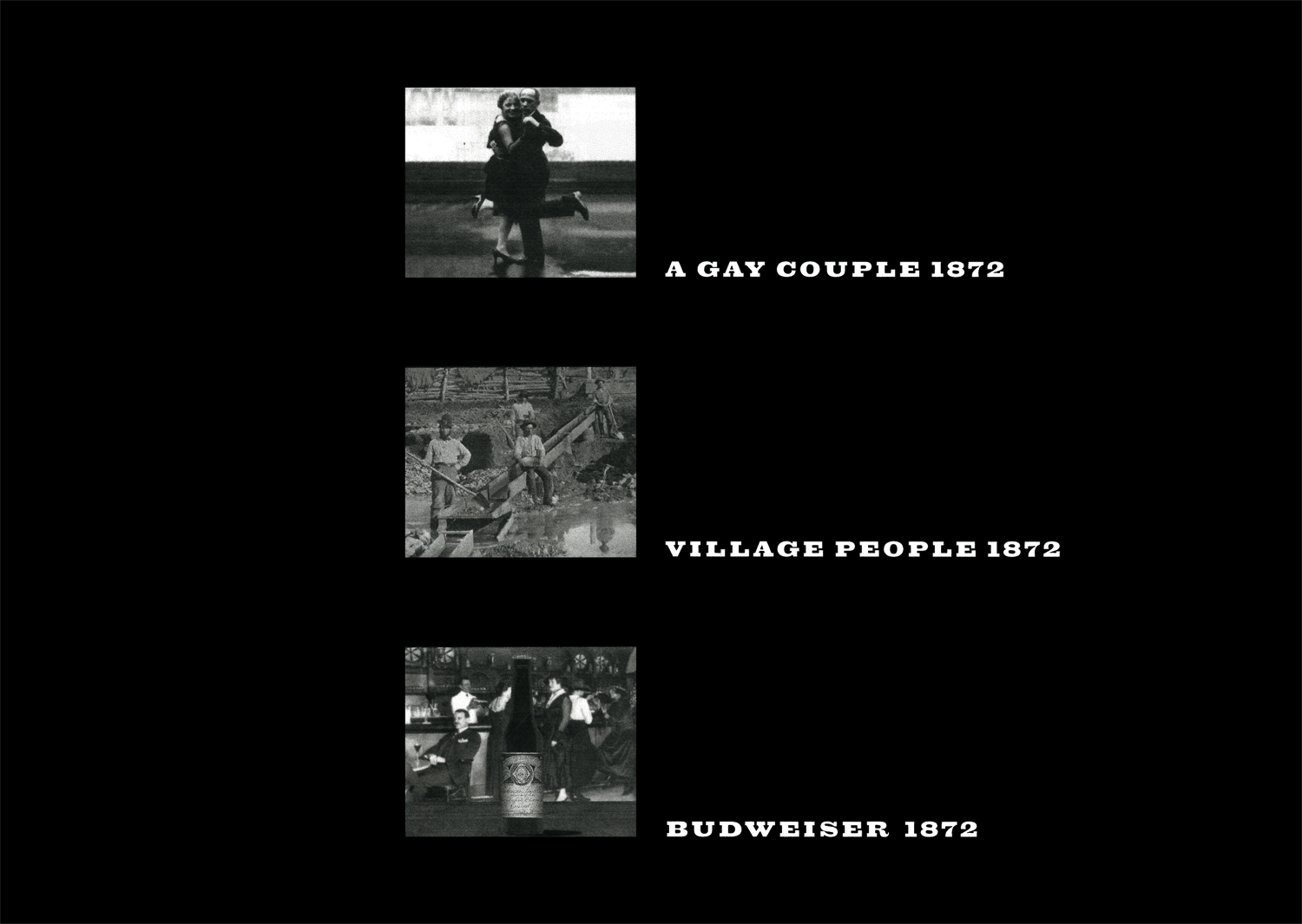 That way passed-their-sell-by date disco group was also a no.
Which left us with these three ads.
To break up the look of them, I gave each a different colour bias: greeny, browny and yellowy, to get technical about it.
Typographer Dave Wakefield then picked fonts appropriate to the dates in each ad.
(Although he’s possibly the only seven guys in the country who’d appreciate that detail.) 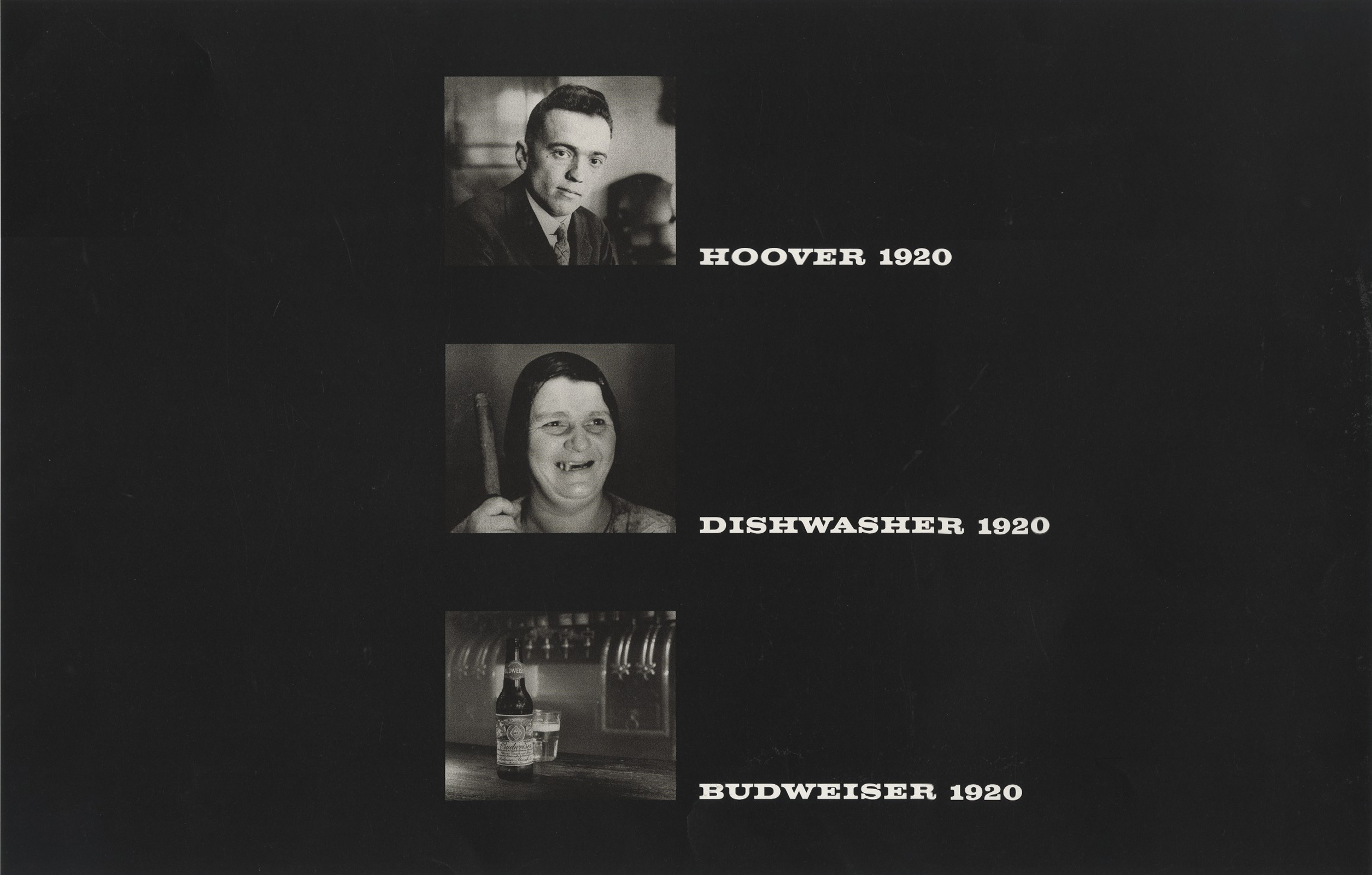 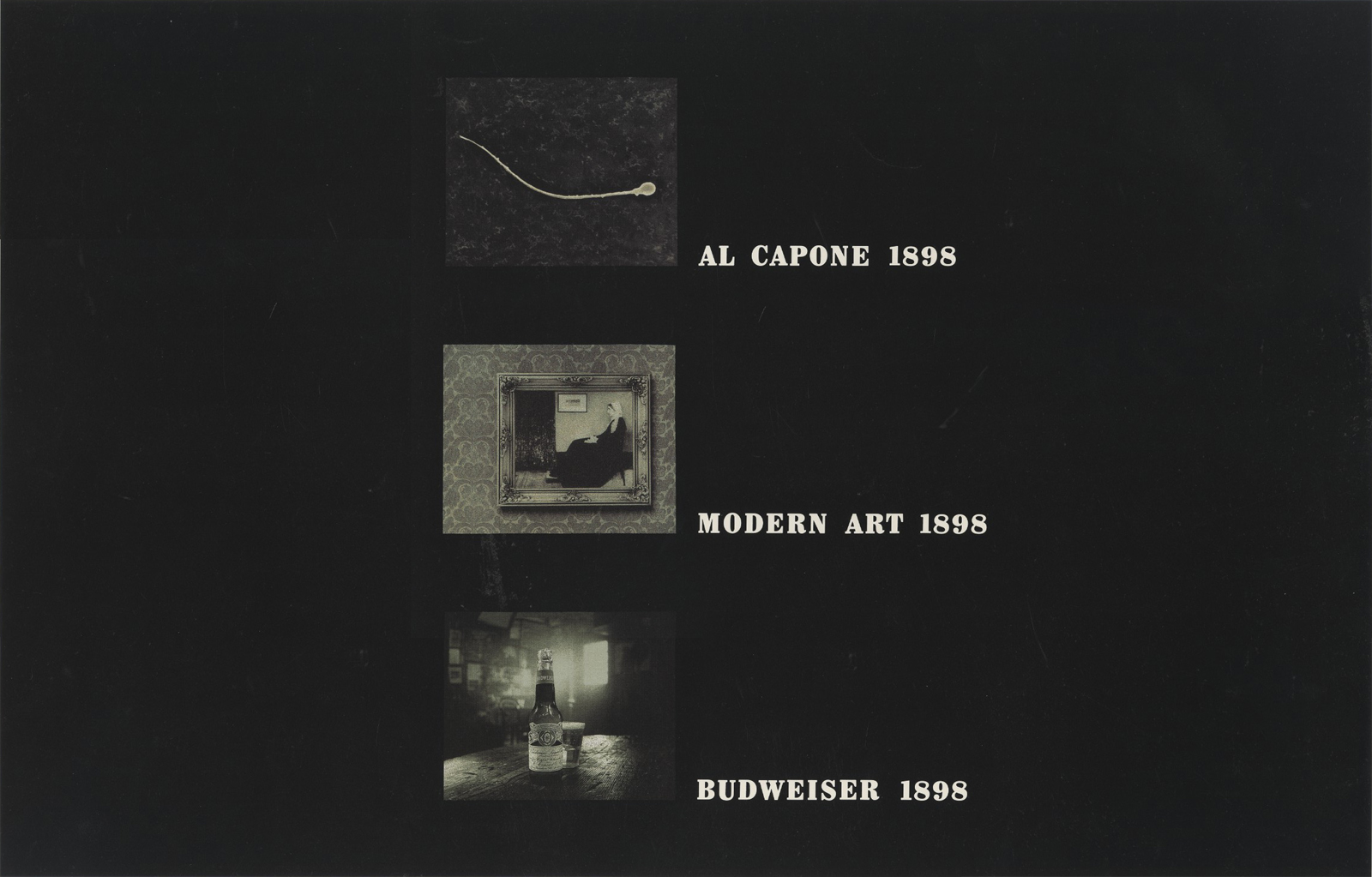 They went down really well.
They should’ve run for a number of years, but ironically Budweiser got obsessed with how fresh their beer was, they started printing ‘Born on’ dates on all their beers to show when that beer was first bottled.
Is anyone really worried they are drinking stale beer from a freshly opened bottle?
Ironically they ditched saying they were really old to saying they were really new.
Like all those new beers.