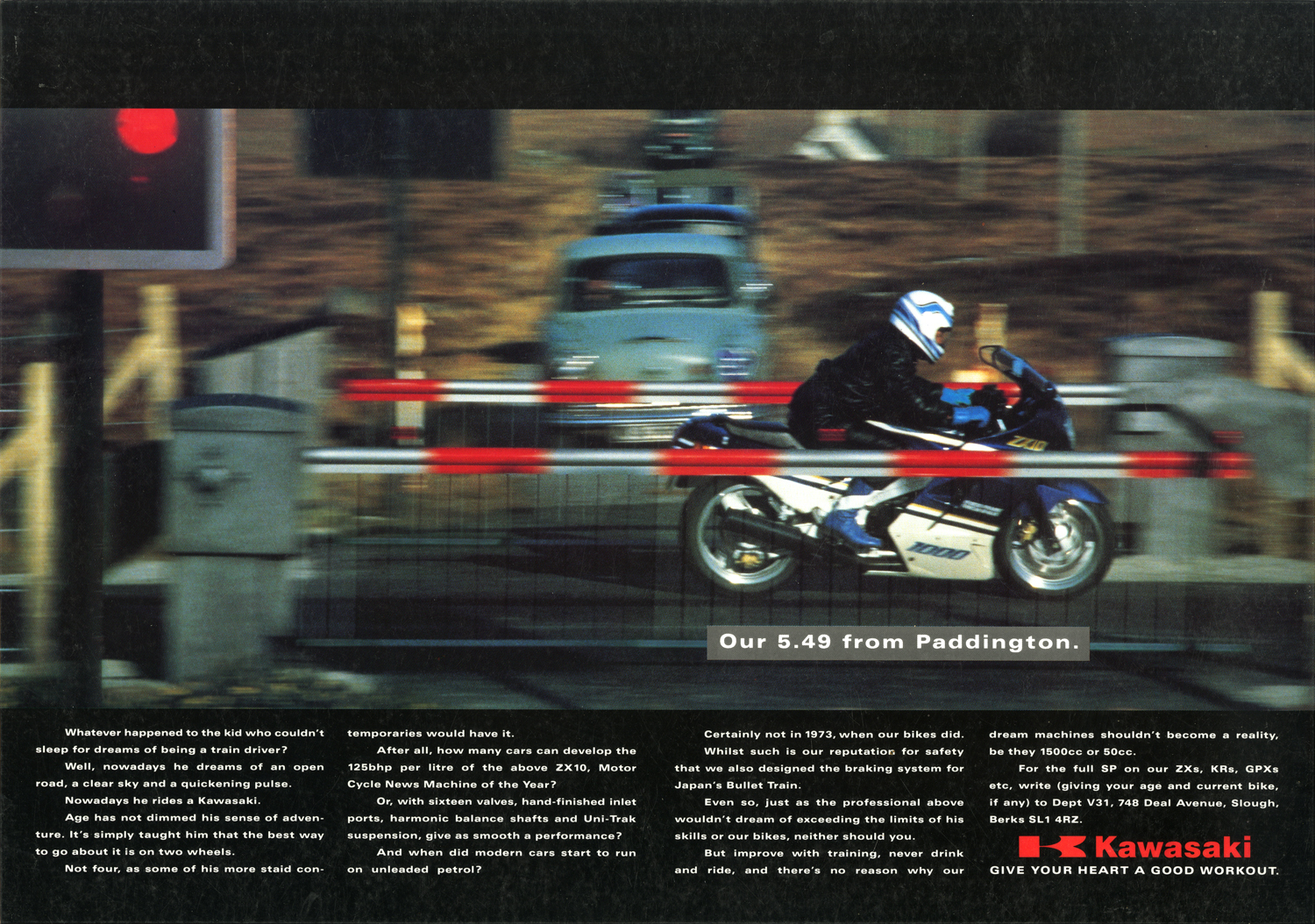 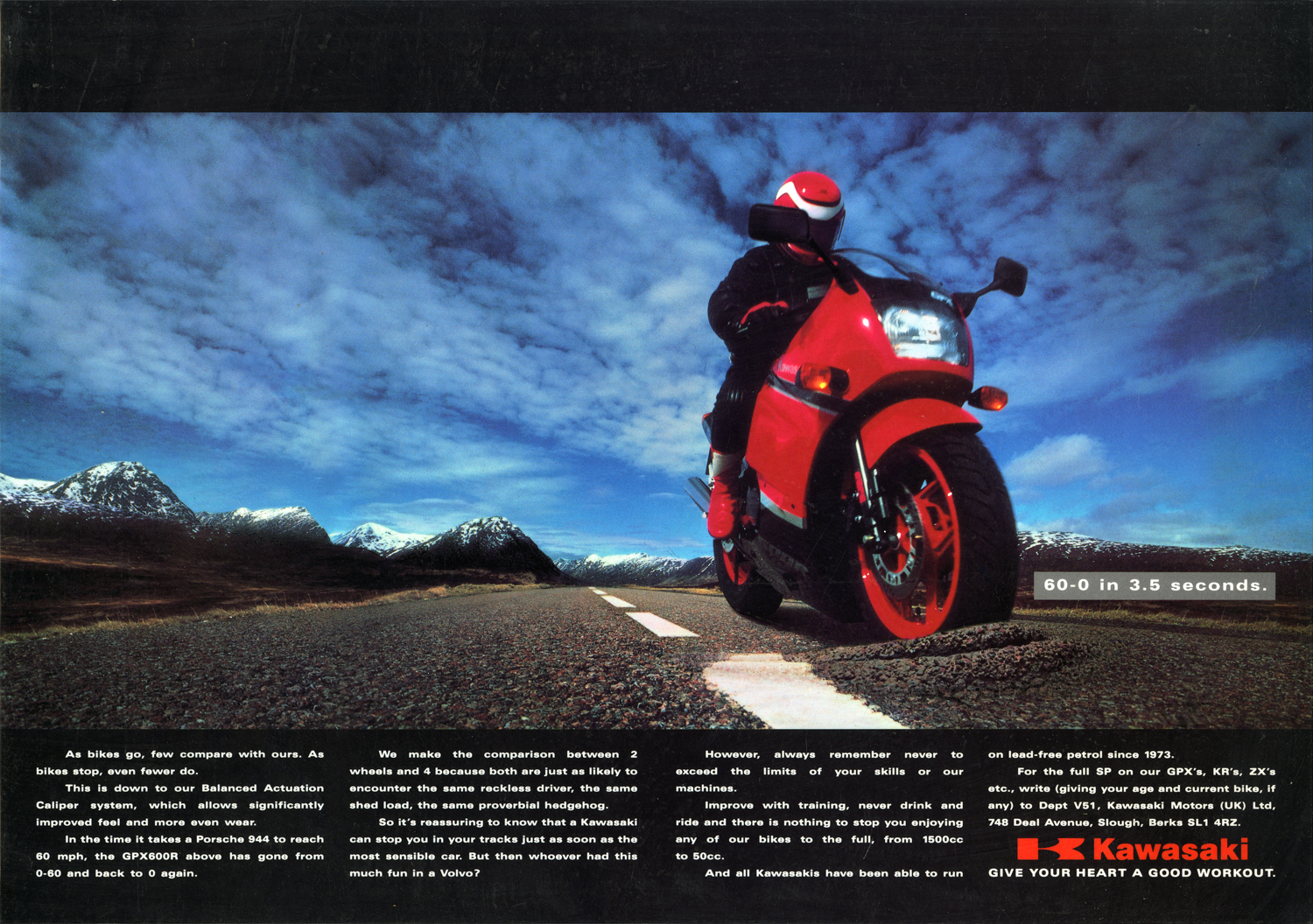 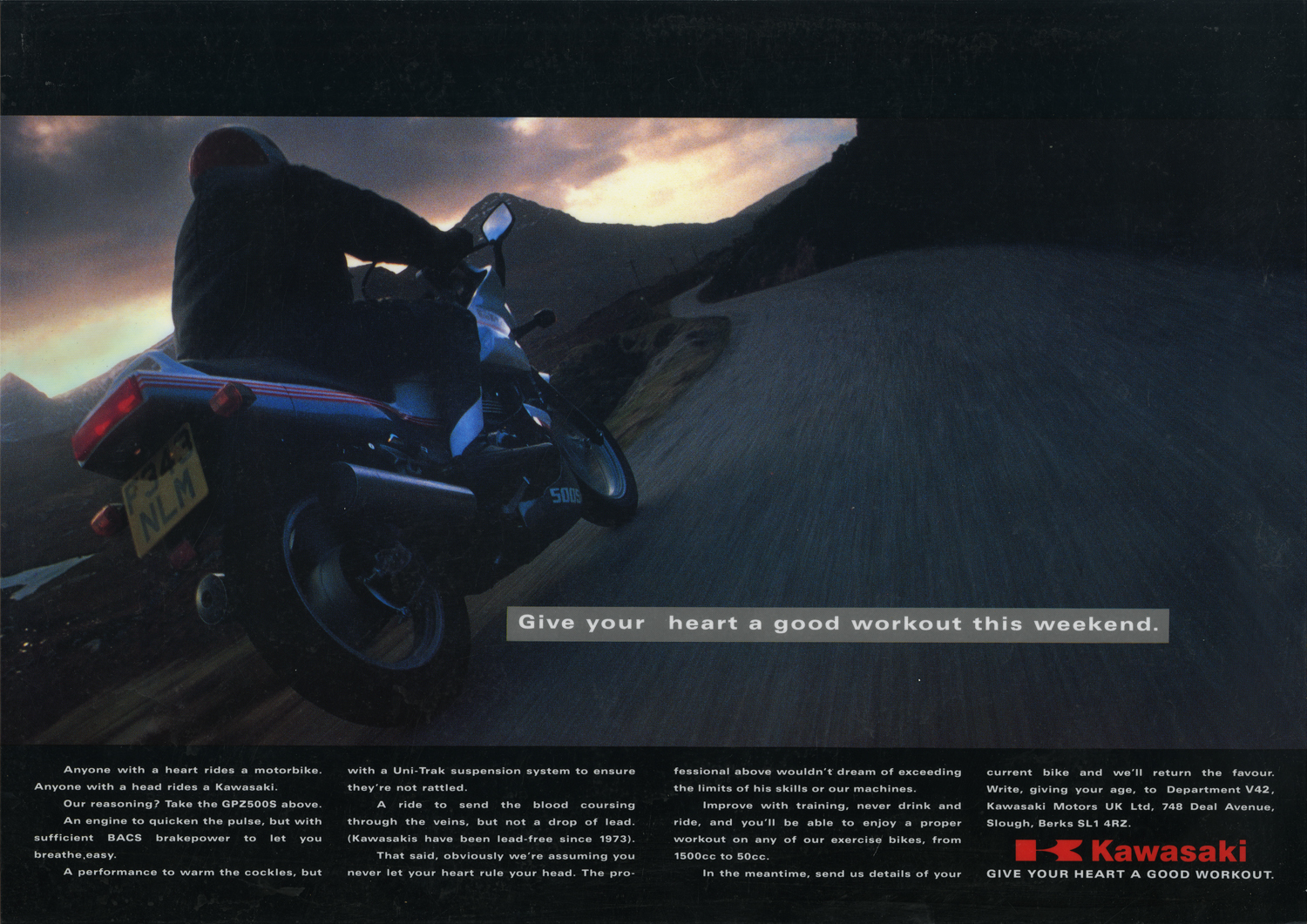 It’s one of the first campaigns I ever made.
The agency was Cromer Titterton, my writer was Alastair Wood, the typographer was Andy Dymock and the photographer was Duncan Sim.
But the key person involved was the photographer’s assistant, a scruffy, curly-haired Brummie called ‘Malc’.
We shot for three weeks to get the three shots above.
Malc was treated like a 17th century slave.
We shot in the freezing, windy Highlands of Scotland, at the end of the day Duncan would sometimes say to the Brummie ‘Sleep here tonight, in the van, we don’t want to lose this spot…Night!’
We’d then go back to the fancy hotel to eat, drink and be merry.
We’d turn up to the location next morning, Duncan would bang on the side of the van ‘MALCOLM! Wake up! Let’s go!’
He’d be up and in action within seconds of waking up.
Because he had it so tough, Alastair and I would smuggle food and drinks out to the van, it was the least we could do, he was a lovely, positive chap.
Cut to a year later, ‘Dave it’s Malcolm, Malcolm Venville…Duncan’s assistant, can I come in and get your advice on my pictures, I’m going to be a photographer.’
He turned up at my office in Edwards Martin Thornton with a ramshackle box of photographs; stuff from college, random pictures of his girlfriend and a few portraits of reggae stars, taken as a favour for a friend’s magazine.
All were grainy and black and white.
At that time advertising photographs were colour and glossy.
What a shame, I thought, he’s such a nice bloke.
I gave him a couple of tiny jobs to help him out financially.
The first was a portrait of my Nan, I gave him £50.
(I remember asking her to wear black and white clothing so that I would get an idea of  what the picture might look like, I guess I didn’t trust him?)
The second was a proper job, a small proper job.
I asked him if he was able to take a colour picture of some expensive plates?
‘Yeah, easy!’
I was a bit anxious, if the client, snooty up market jewellers Asprey’s, ask to see Malc’s folio to assess his appropriateness I may look daft, the most relevant picture in there would be the grainy black and white picture of stoned Lee Scratch Perry eating breakfast, from a plate.
He’s approved, on the day of the shoot I arrive to find the three plates to a pink wall with Elephant Gum.
It looks perilous to me ‘will that hold those plates? They’re worth more than this shoot?’, Malc replied ‘Oh yeah!…It should do.’

We got away with it, the pictures we useable.
I figured he owed me a favour, so I asked him to shoot a poster for the IPA Society for me, 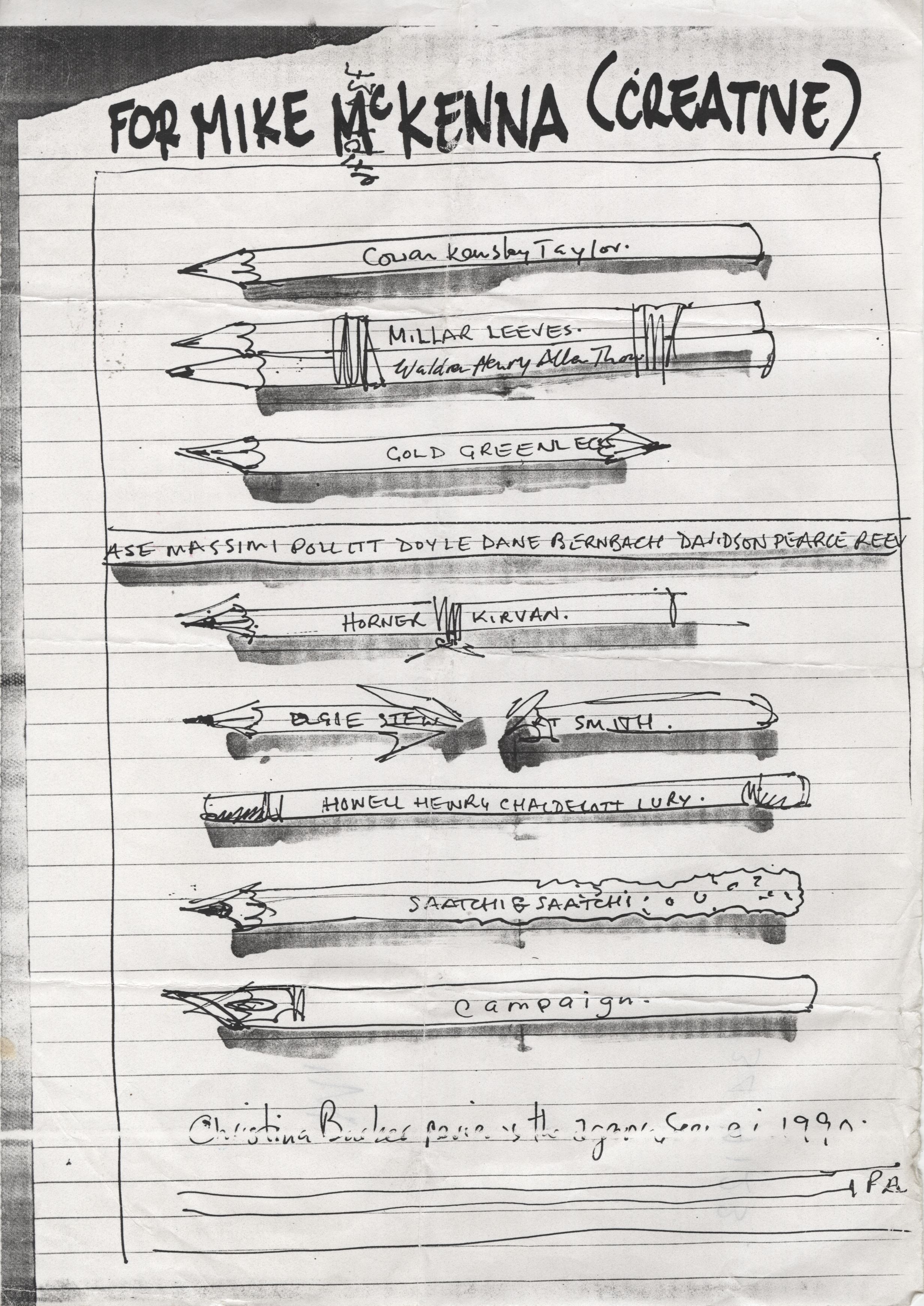 He agreed, insisting it be shot in daylight.
There was zero budget, the background is an upside-down layout, we made the ‘models’ ourselves. 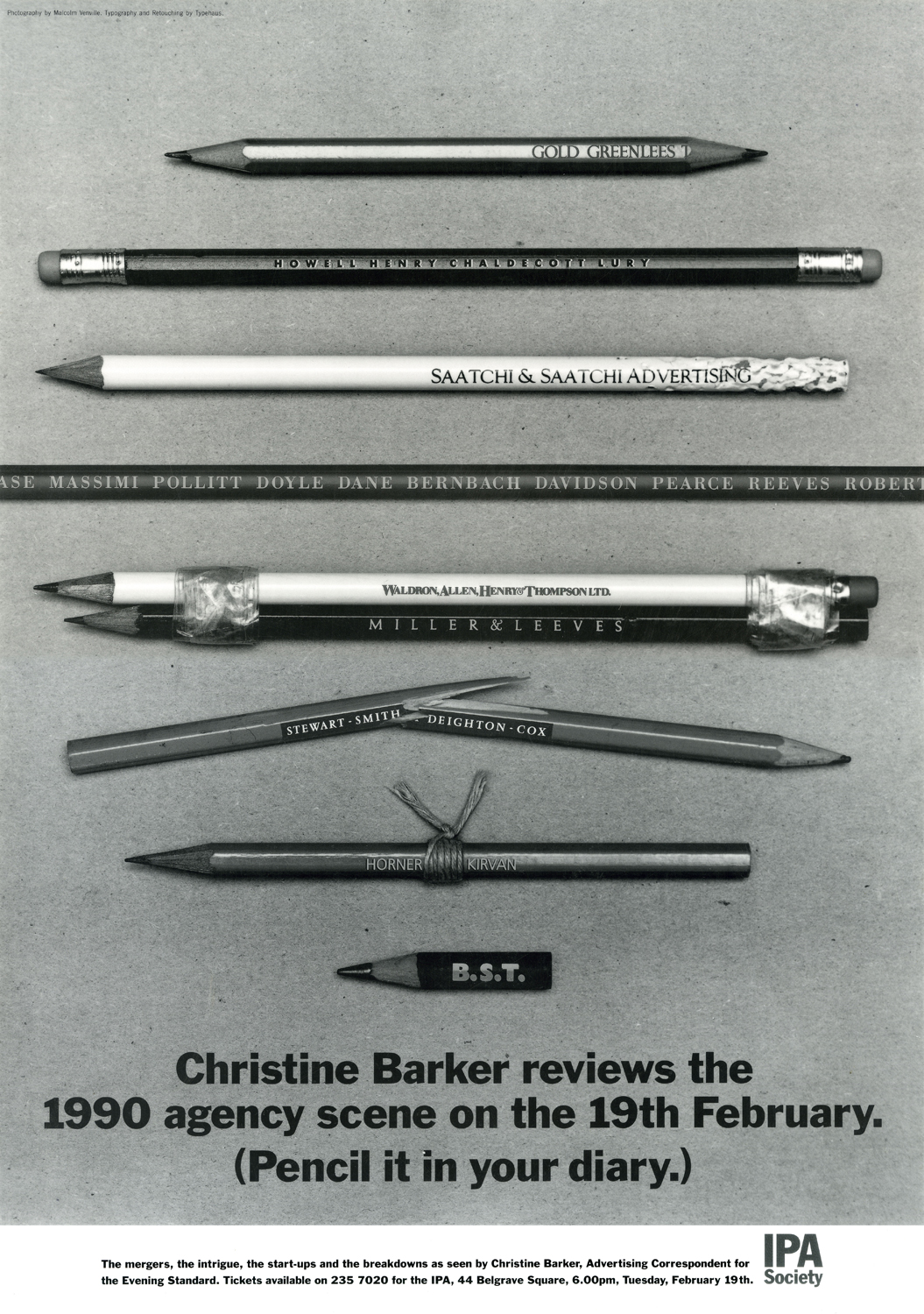 He did a good job, and he was right, daylight gave it a nice feel.
Shortly afterwards I had a proper ad that needed shooting, one with an actual budget.
Do I risk giving it to my, by now, best mate? Or give it to proper photographer?
He ‘pitched’ for it, showing Richard Avedon shots as reference, again he wanted to shoot using daylight and wanted a fifties feel.
Sod it. 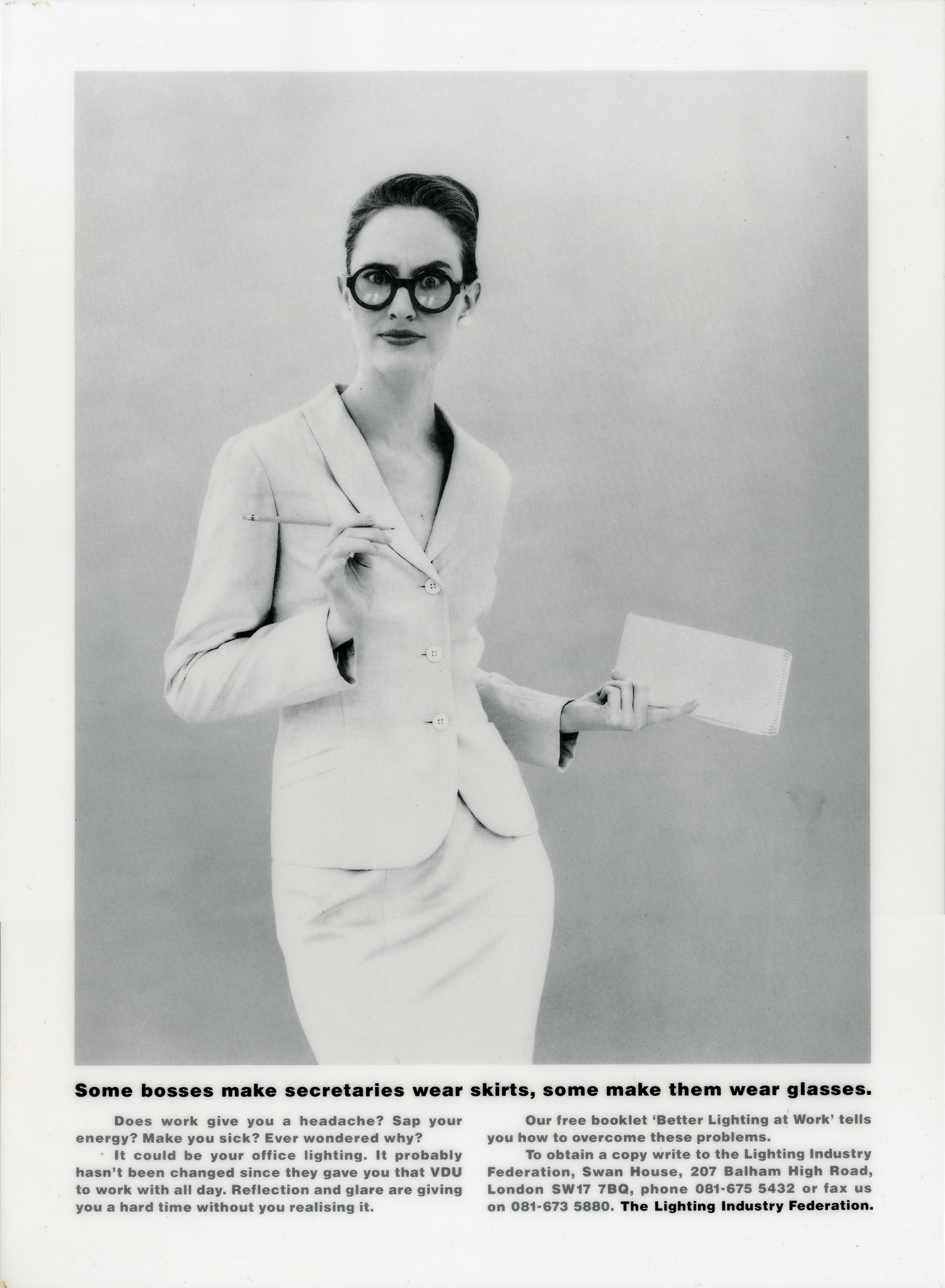 He did a great job. (Again shot in daylight and printed by Klaus Kalder on lith paper.)
We tried to hustle a few projects by offering free creative and photography, providing we had complete creative control. 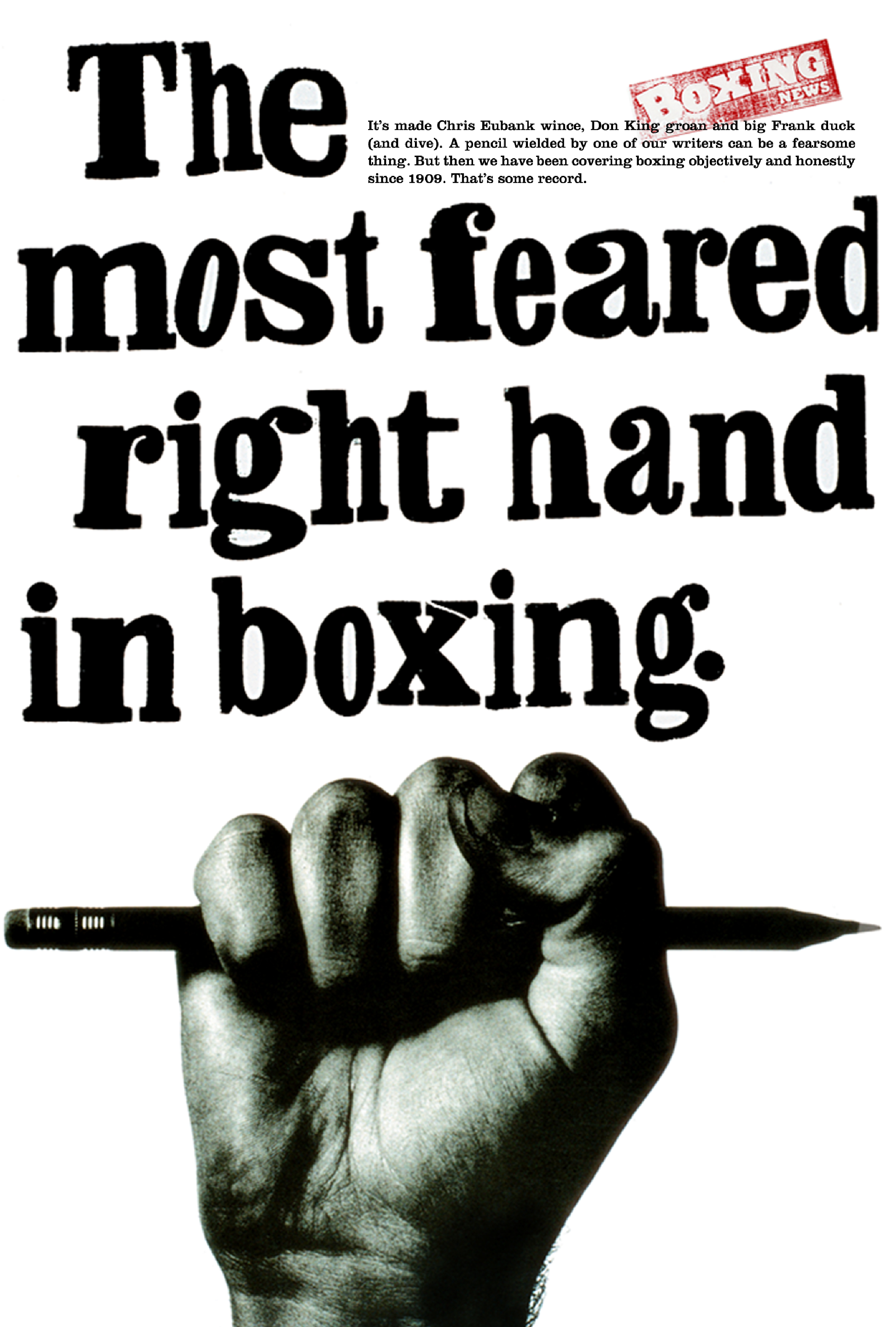 At that time, Malc was working out of a retouching company called O’Connor Dowse,  who gave him a room at the back of their offices to use as a studio, for free.
Malc convinced Grenville, the owner, that a big ad in Campaign would really put them on the map. 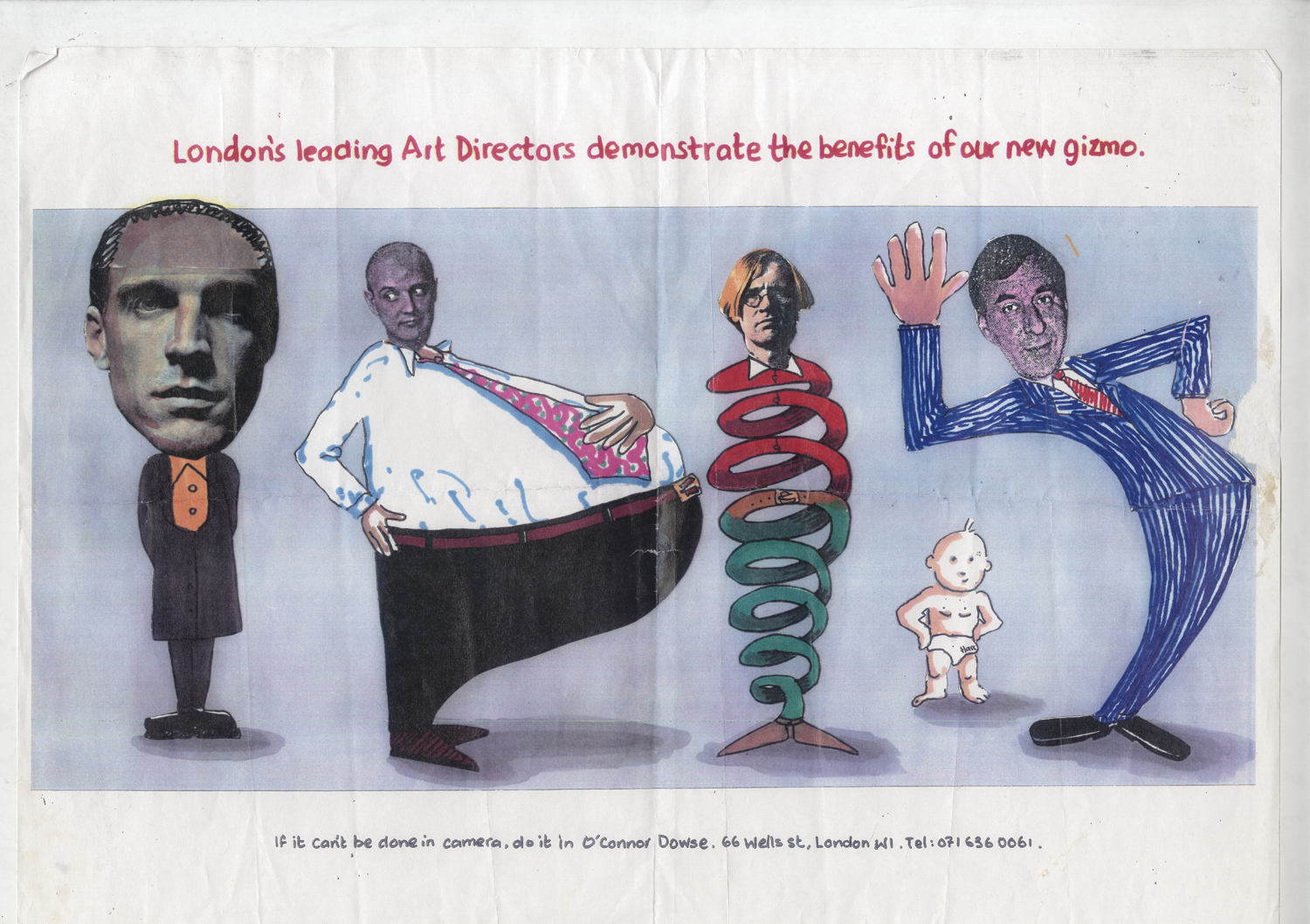 It’s possible that we felt an endorsement from London’s leading Art Directors really would help O’Connor Dowse, but we were very aware that meeting the best Art Directors and Creative Directors in London would be pretty useful to us.
Paul Arden, John Hegarty and Alan Waldie turned us down.
Graham Fink said yes, but made Mike McKenna and I come up dozens of concepts for his image, then picked the one below. 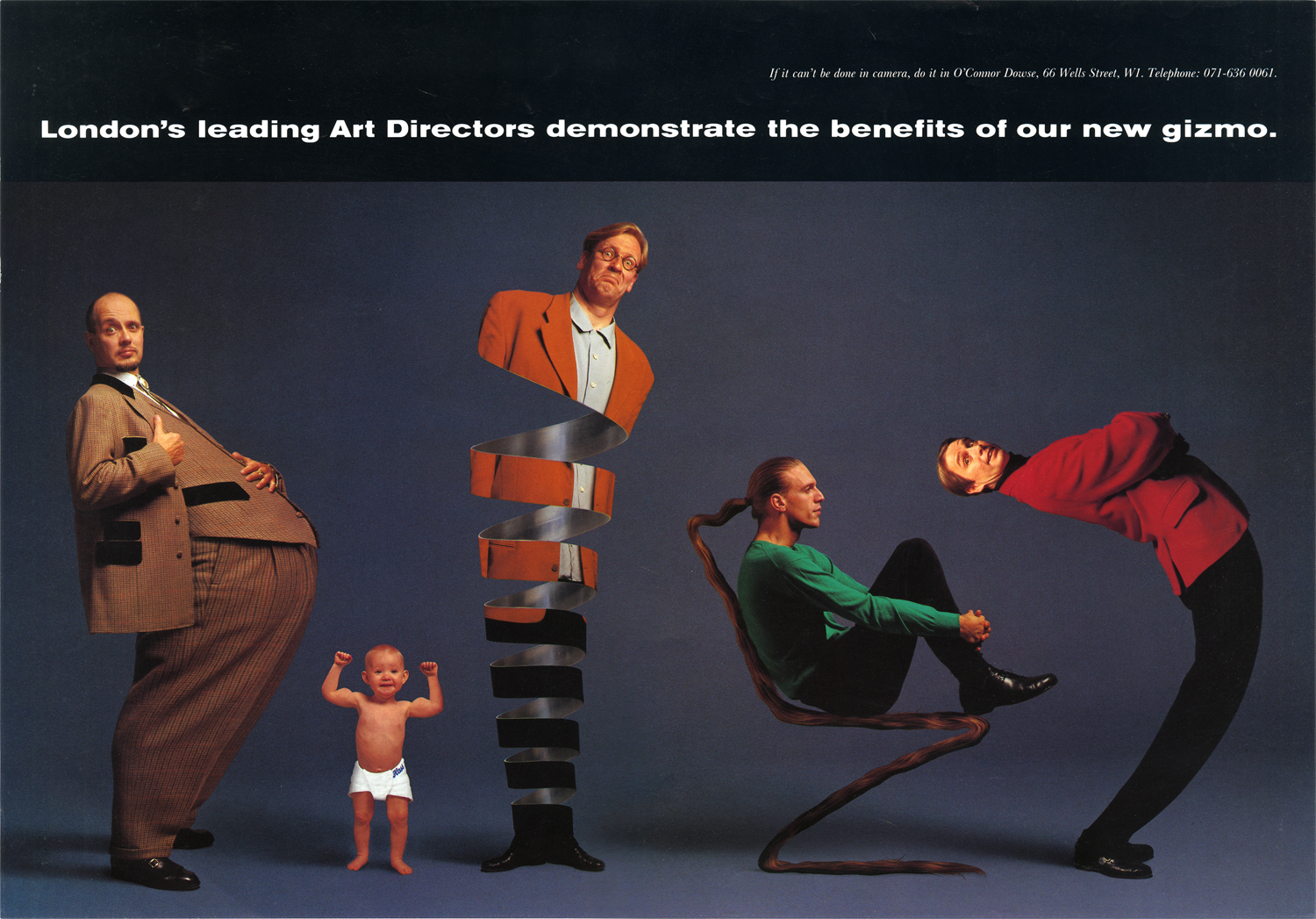 The ad was a great success.
I’ve no idea what it did for Grenville, but Malc started shooting regularly with the Marks, Denton and Reddy, and I was hired at Simons Palmer DENTON Clemmow & Johnson within the year.