Whilst at AMV/BBDO Sean and I got a brief to write an ad for the British Television Craft Awards.
The BTA Awards with the word ‘craft’ inserted are less desirable than the ones without that word.
But they’re awards none the less.
It got us thinking – what creatives would enter an awards scheme aimed at recognising everyone but the creatives who came up with the idea? 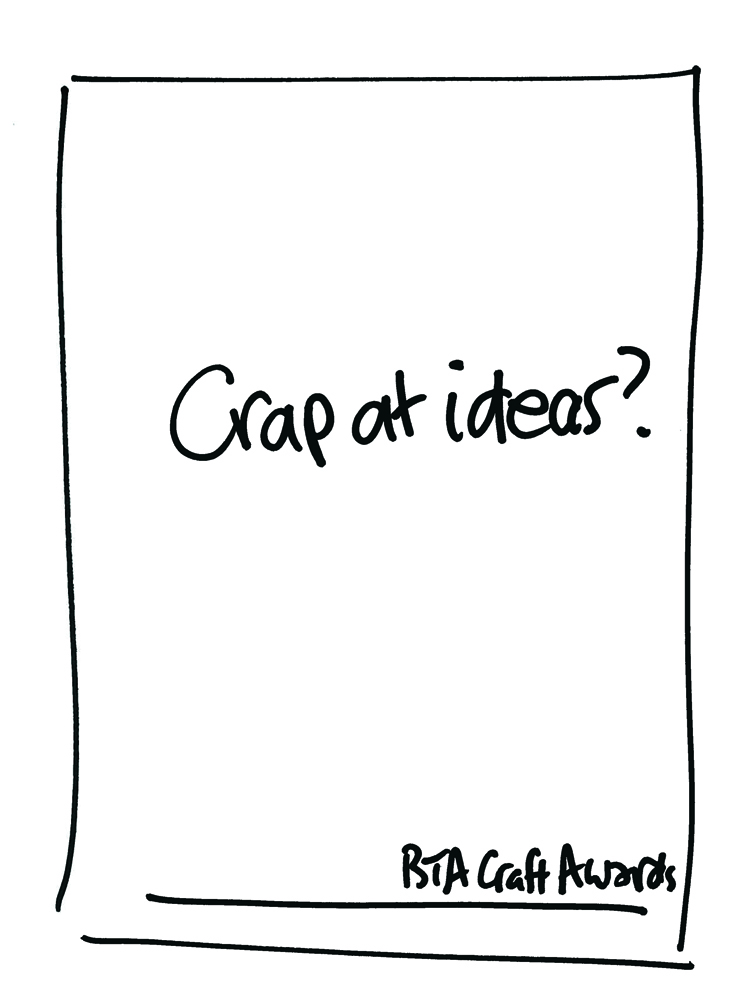 Initially it said ‘Shit at ideas?‘, but the word ‘shit‘ was felt to be too strong for those delicate types that read Campaign.
I liked the idea so I tried really hard to make it look great.
A simple bit of type seemed too… simple.
Then BINGO! – ‘What about if our idea about ideas being overly crafted was overly crafted itself? That’s clever.
Let’s over art direct our idea to the point of looking pretentious, making it look ironic and therefore hilarious, right? 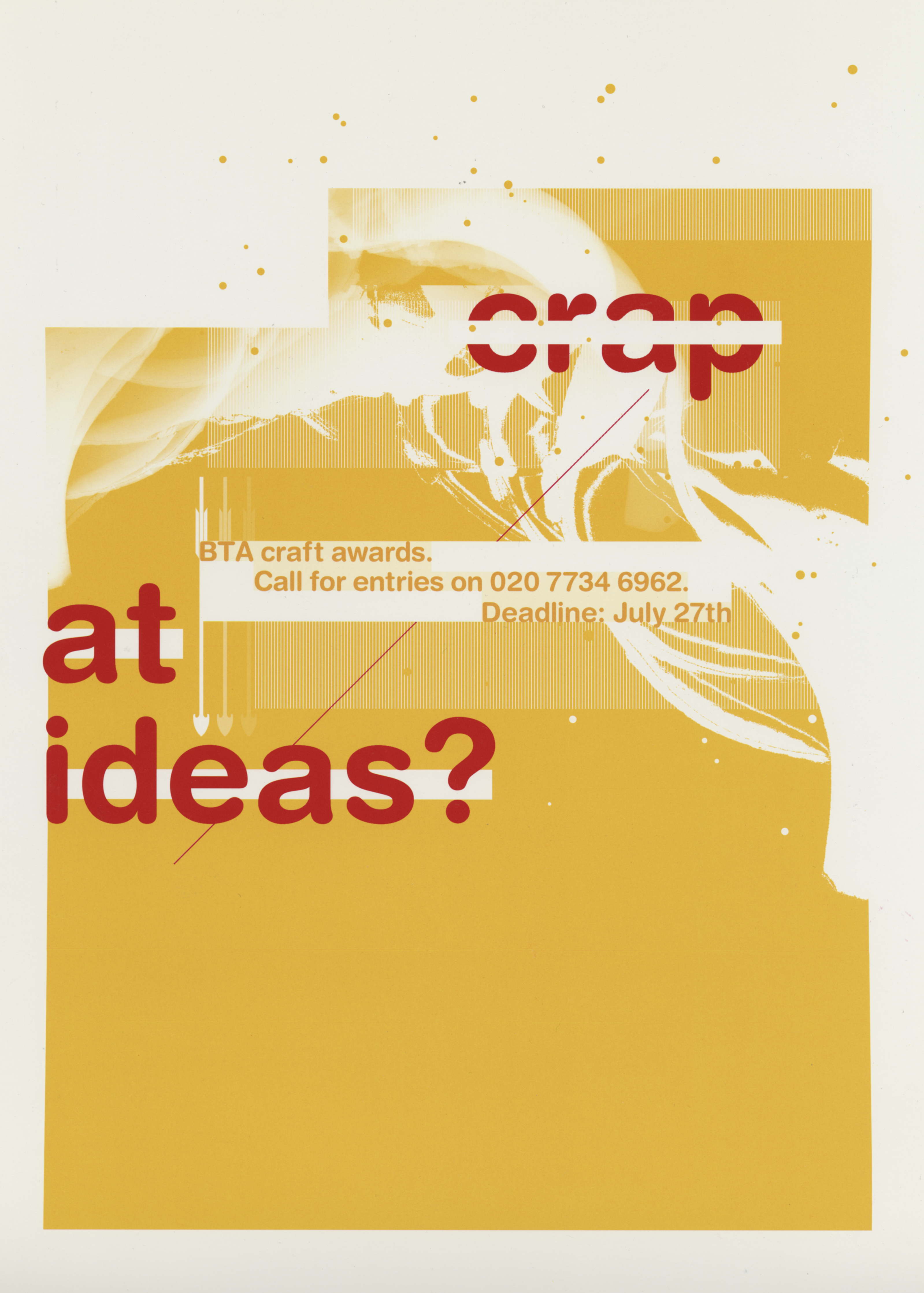 Wrong.
Making it look like a pretentious, overly art directed ad meant people didn’t look at it long enough to engage with what it said.
Obvious really.

2 responses to BTA AWARDS: Don’t over think it.