In 2009, we pitched for Volkswagen Commercial Vehicles.
As the recession was just starting to bite and Volkswagen Commercial Vehicles were generally dearer than non-Volkswagen commercial vehicles.
I thought we needed to find a writer who could write.
Someone who could put together a reasoned argument as to why businessmen should pay more for something they could buy for less.
It’s a tough brief.
I tried to think who’d fit it, but couldn’t think of anyone.
I’d recently picked this ad as my classic for the NNMA Annual. 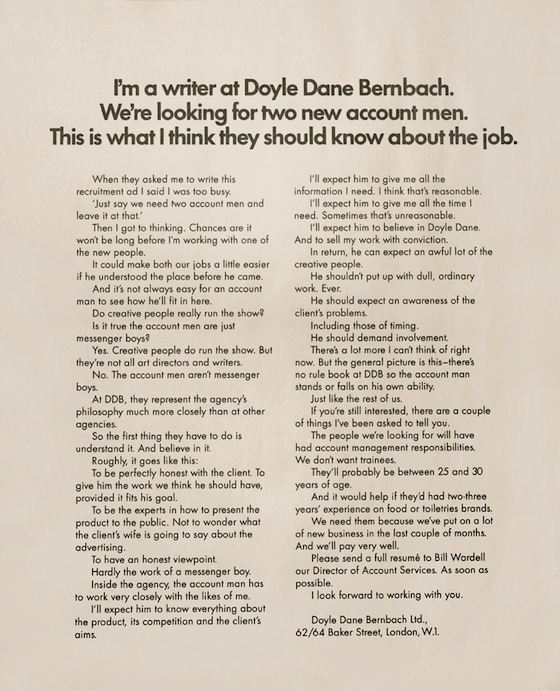 That’s the kind of writer we need someone like David Abbott.
Right, who can can I get who writes like that?
I’d ask mates if they knew any David Abbott types.
Zilch.
Then I realised, finding a David Abbott type is like finding a David Bowie type.
They’re not types, they’re individuals.
I thought the only way to move on was to get a “No” from David, then, having got that idea out of my head, I could think afresh.
‘‘I’m terribly rusty, I haven’t written an ad in years.’’
Me, cheekily; ‘‘It’s only thinking, I’m sure you’ll remember how to do it.’’
He tentatively agreed to meet and discuss it.
I got a cab around to his lair.
Moments before, I had taken delivery of the first, hot-off-the-press, copy of the Creative Circle Annual I’d designed with Mark Denton.
Inside was a big feature on David, (he’d been given the President’s Award).
Sod it, I’ll give him that copy, it’s a nice gesture.
I was ushered in to his very stylish apartment, all mahogany and faded first edition book spines, the smell of roasting coffee beans mingling with the wafting classical music.
Sophisticated like.
As I handed the Annual to him, I was aware it didn’t quite fit the surroundings.
Exhibit A: 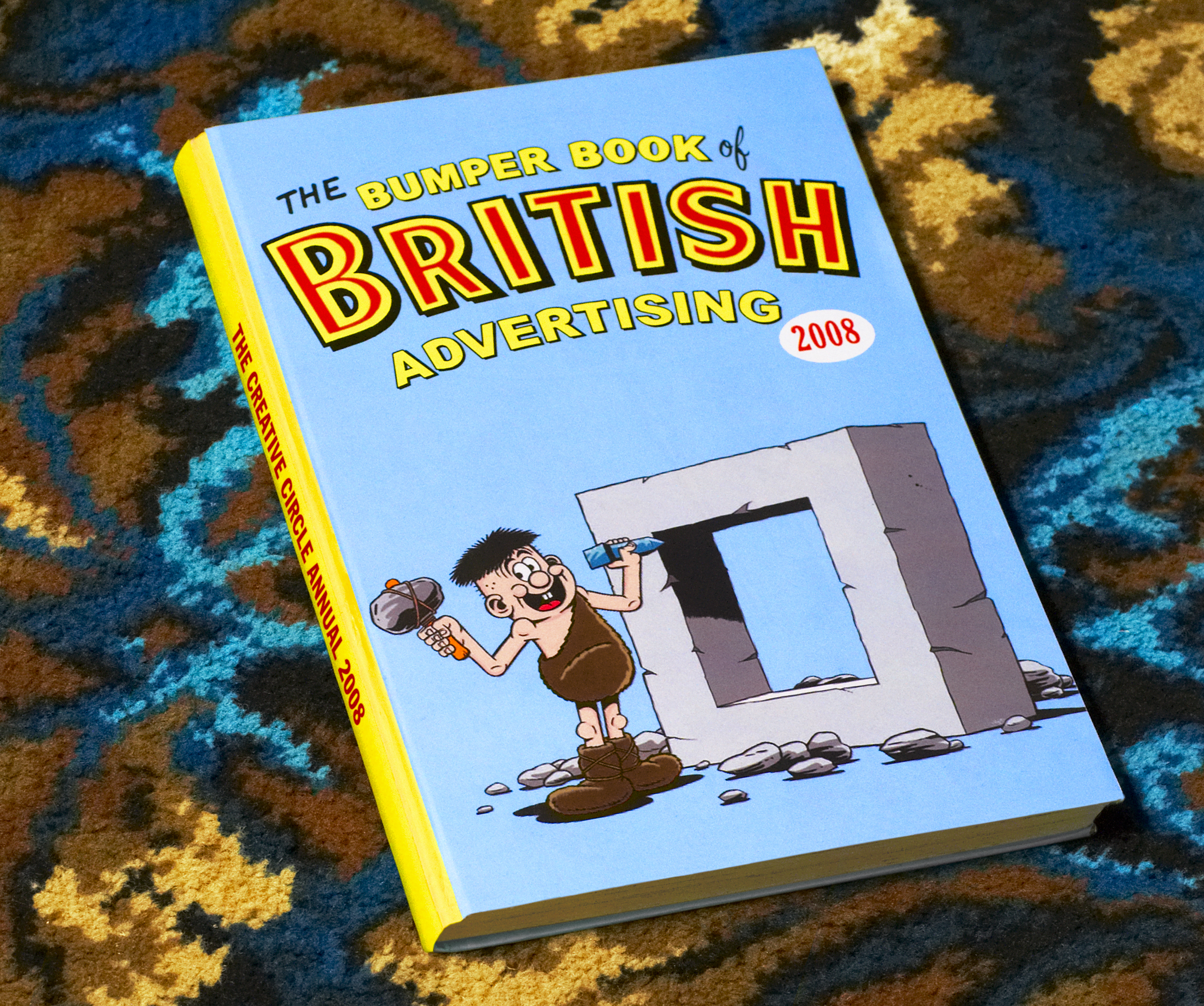 He looked at it quizzically, like he was trying to figure out how it worked.
Like any creative, he flicked straight to his bit.
As the pages were flicking by, I had a horrific flashback; Two months before, when we had nearly completed the annual, Mark had an idea ‘Let’s have those little headers they have in comics, y’know ‘Billy Whizz he’s full of… jizz’… those little rhyming bits.
It was a good idea, but it meant writing about sixty meaningless rhymes in a couple of days.
We split the task, thirty each.
In my pile was the Presidents Award section, the recipient was David Abbott.
I didn’t think much of it at the time, it was just one of an endless pile I had to write.
I wrote about six and showed them to my mate opposite our office – Billy Mead, the famous Film Editor, he scanned down the list and burst out laughing at one that said ‘He’s Abbo, he’s original, but he’s no aboriginal’.
In it went.
Now, I’m sitting opposite him as his eyes hit the page, move up to read the legend ‘He’s Abbo, he’s original, but he’s no aboriginal’. 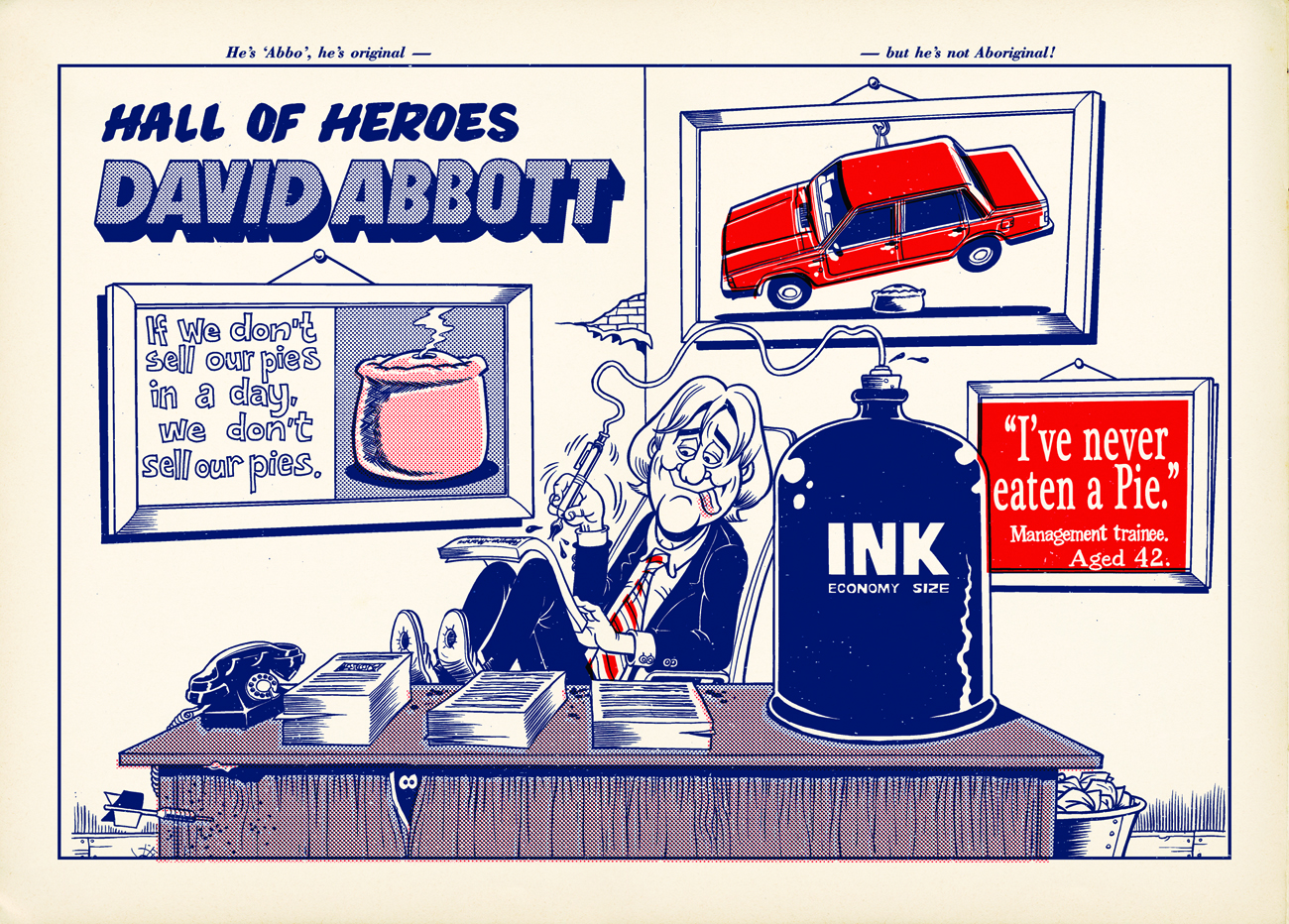 It’s difficult to describe his expression, a kind of confused wince.
He closed the book ever so carefully placing it on the table slowly, as if it might contain an undetonated explosive device, “So what is this project of yours, tell me about it”.
We had a great chat and he agreed to give it a go.
He called three hours later: “Dave, I didn’t realise you’d designed that book, I’m so pleased now that I wasn’t rude about it”.
We cracked on.
He went from tentative to full on pretty quickly, pinging over updates and improvements regularly.
He was on top of every detail, improving and polishing all the time.
It was very impressive, he cared when he could’ve just dabbled.
This was my favourite of the ads we did: 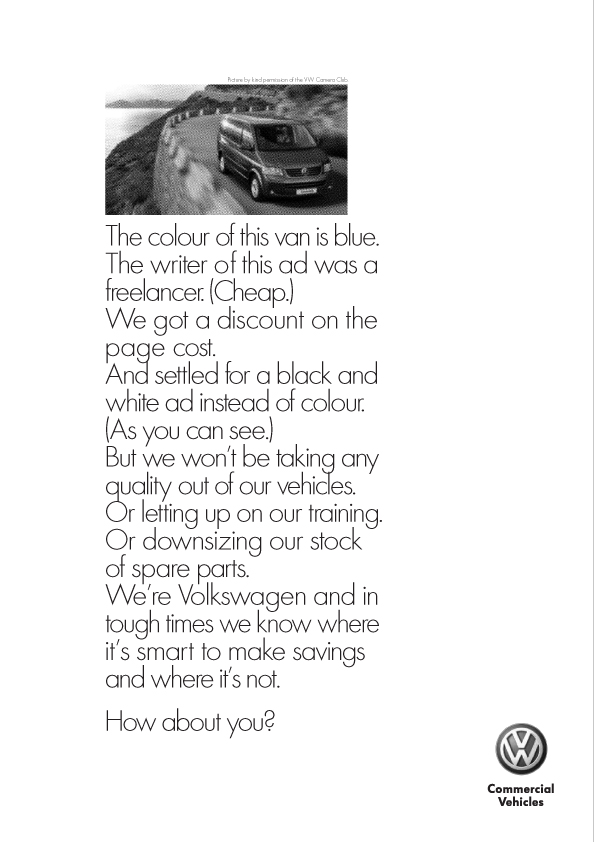 Here’s a few of the others: 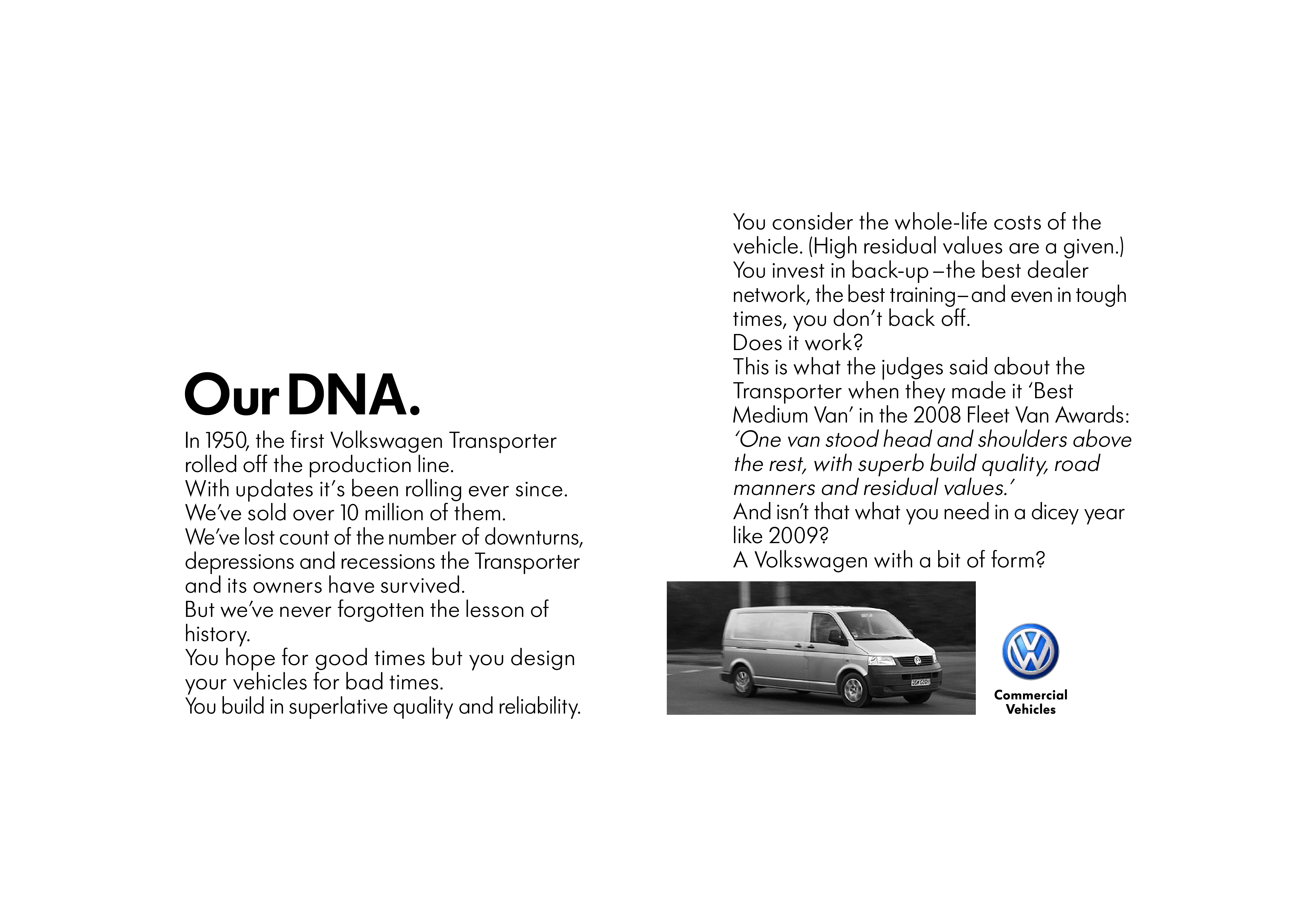 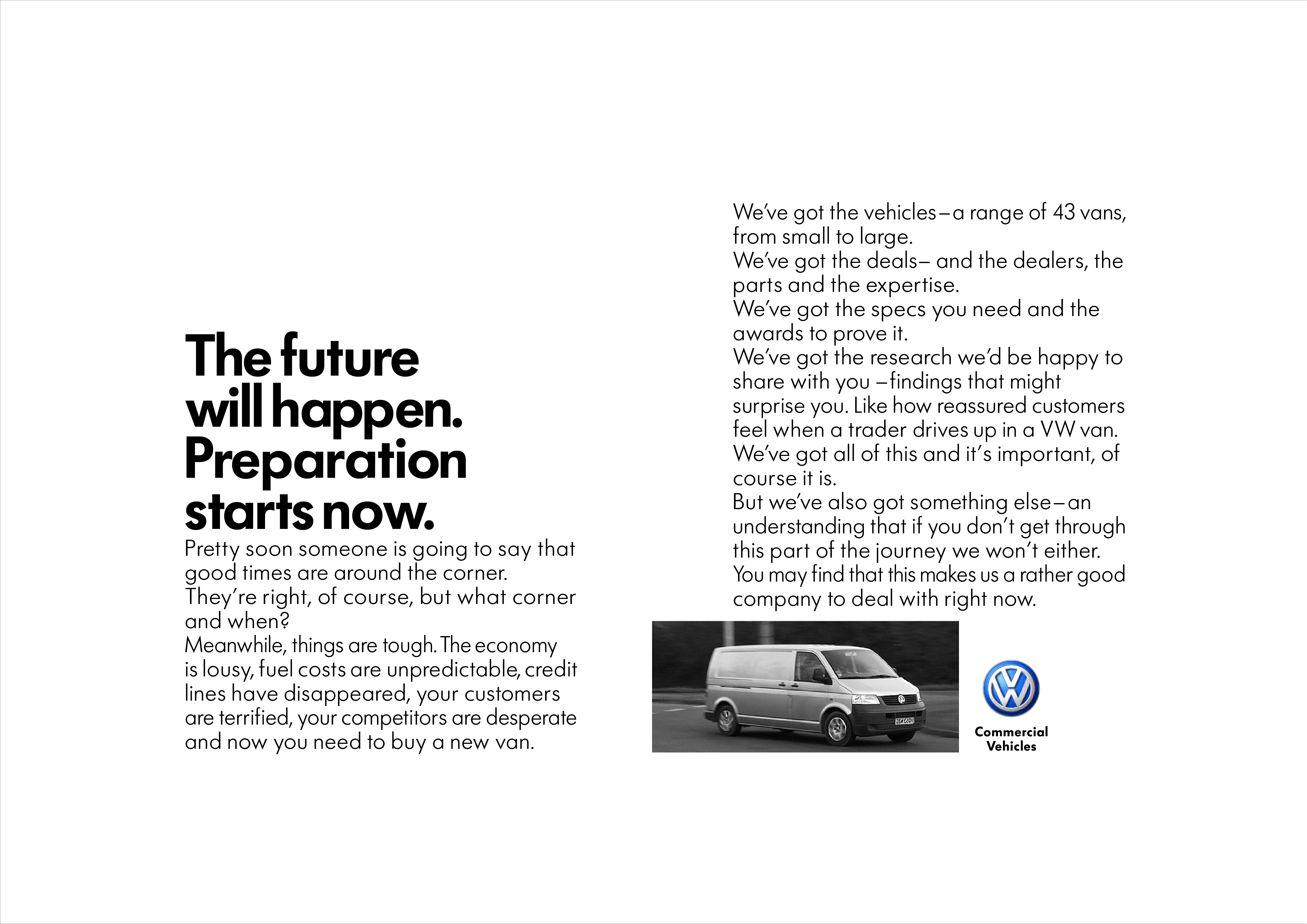 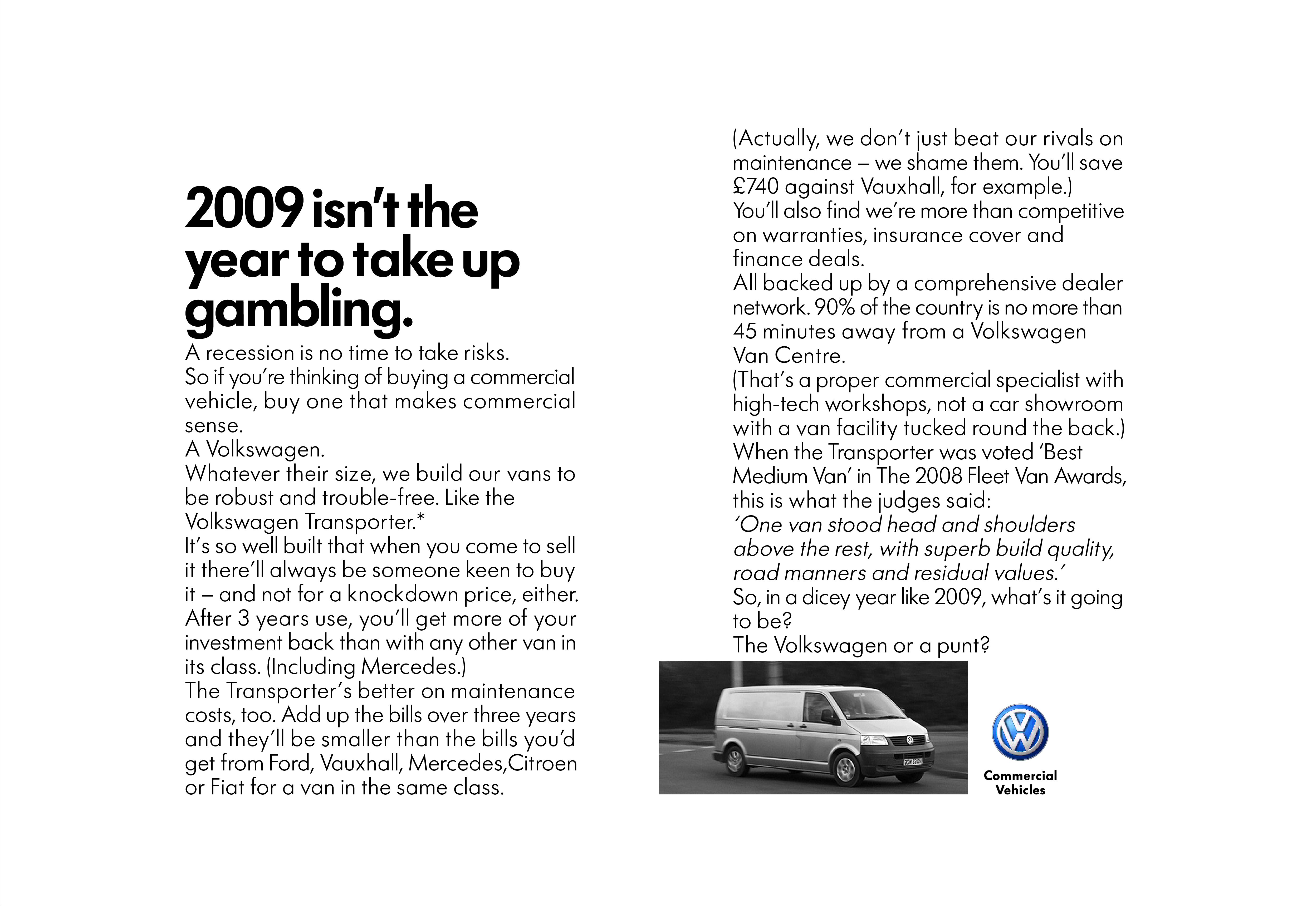 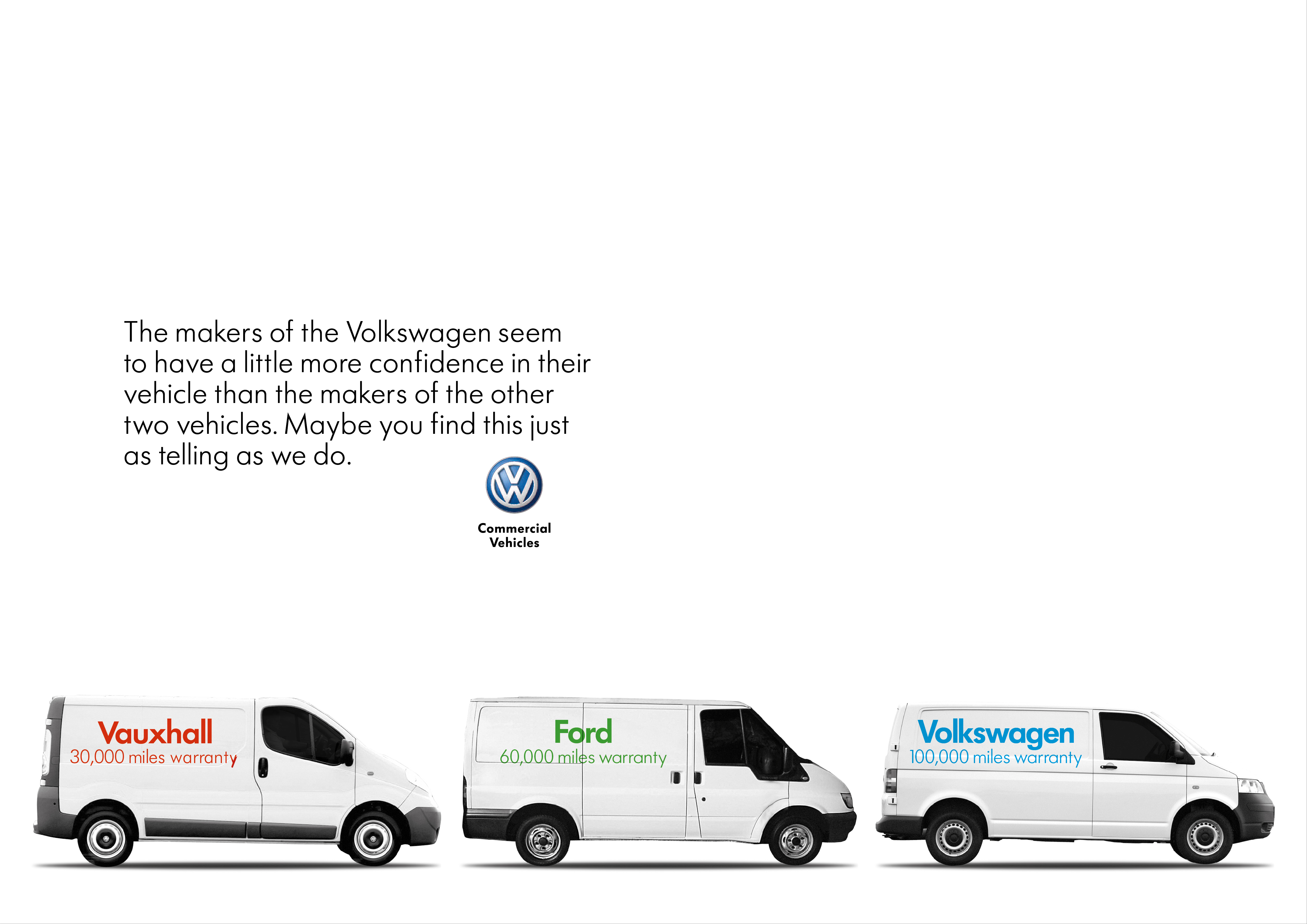 Whilst we were working with David, I’d been very careful to tell everyone at DHM to keep it quiet, I didn’t want it getting out because it may look like we had used him as some kind of P.R. or pitch stunt.
We were working with him for what he could do not who he was.
We pitched.
After reading out the first bit of copy, the senior client said “That’s well written”.
I smiled and read the next one.
“That’s well written too.”
I read the third and final piece of copy.
“Very well written, who wrote that?”
Who asks that?
Who cares, Kevin the copywriter upstairs, what difference does that make?
That’s just some of the things I didn’t say, I just smiled awkwardly thinking how do I answer that? The client took it as a sign that I was chuffed because I had written them and was being modest.
Senior Client; “You wrote them?”
I looked at my partners, one said tell him.
“It was a chap called David Abbott” I said.
Younger client; “David Abbott in the Parts Division?” (I kid you not.)
Senior Client; “THE David Abbott?”
The intermediary was looking at me incredulously, thinking “why is he making this up?”
Anyway, we pitched, they LOVED the work, said it was the best advertising they’d seen and the only work that captured the Volkswagen tone of voice.
Obviously they didn’t give us the business.
They gave it to Iris because they could do everything under one roof.
Here’s some of the other work from the presentation: 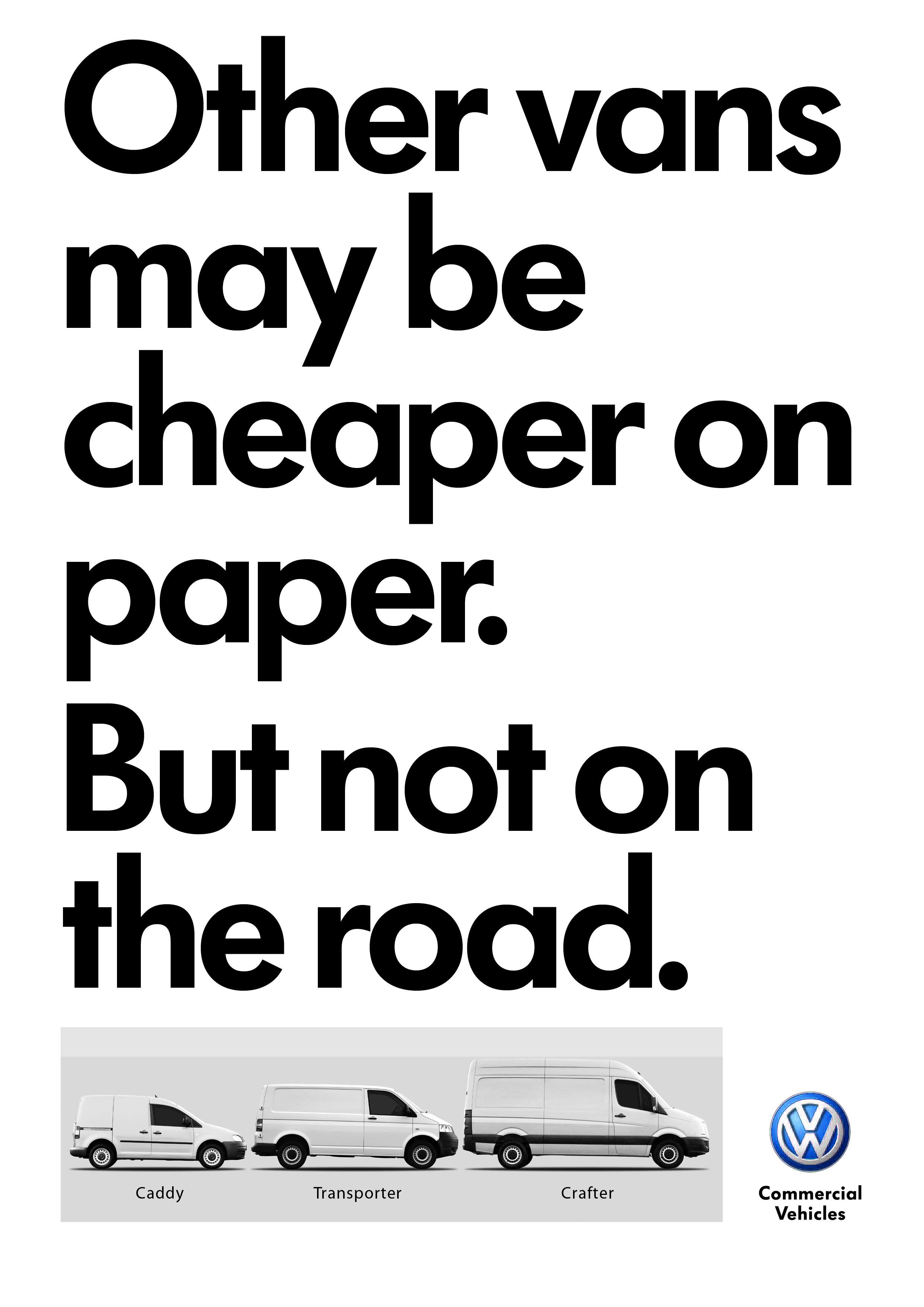 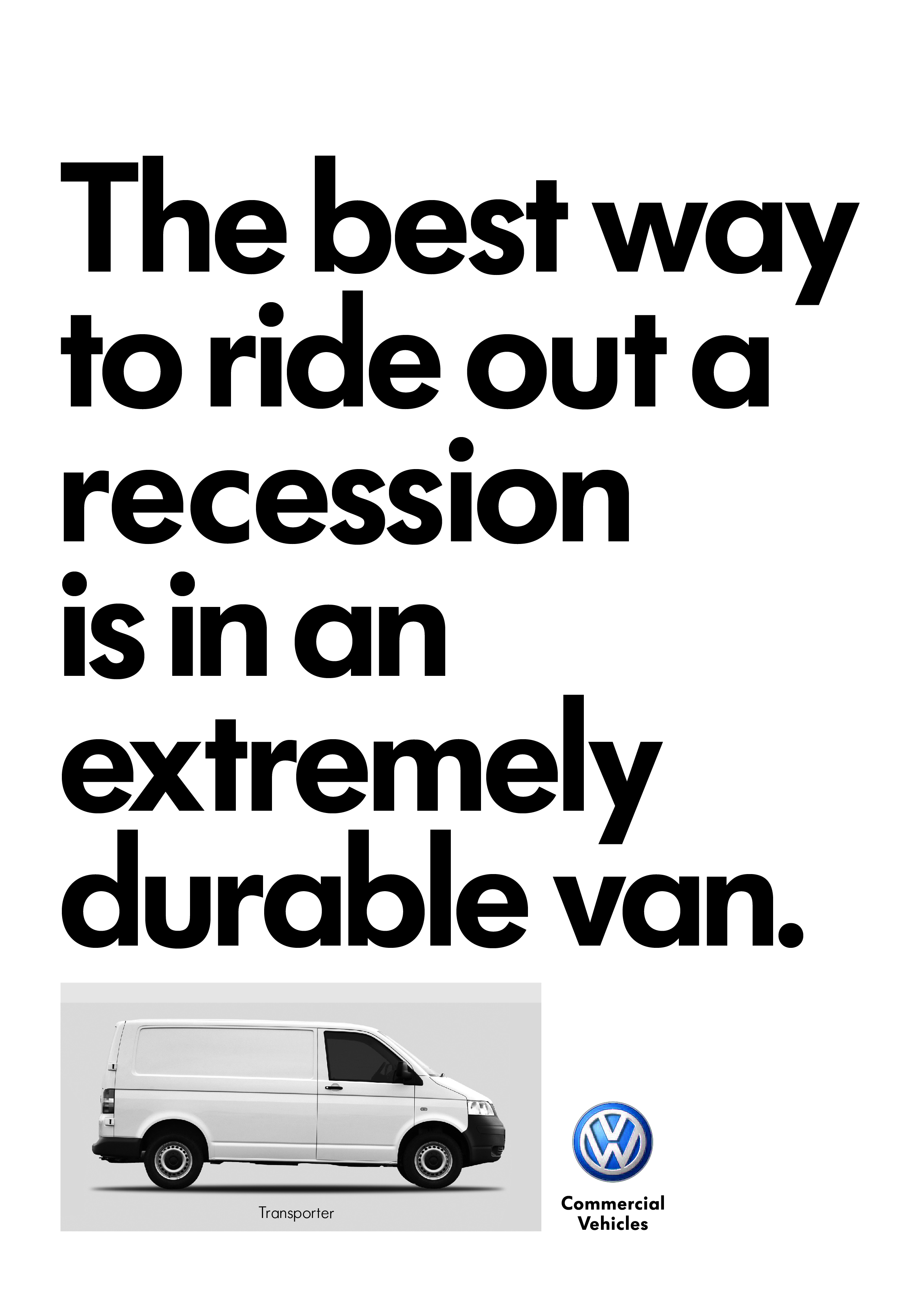 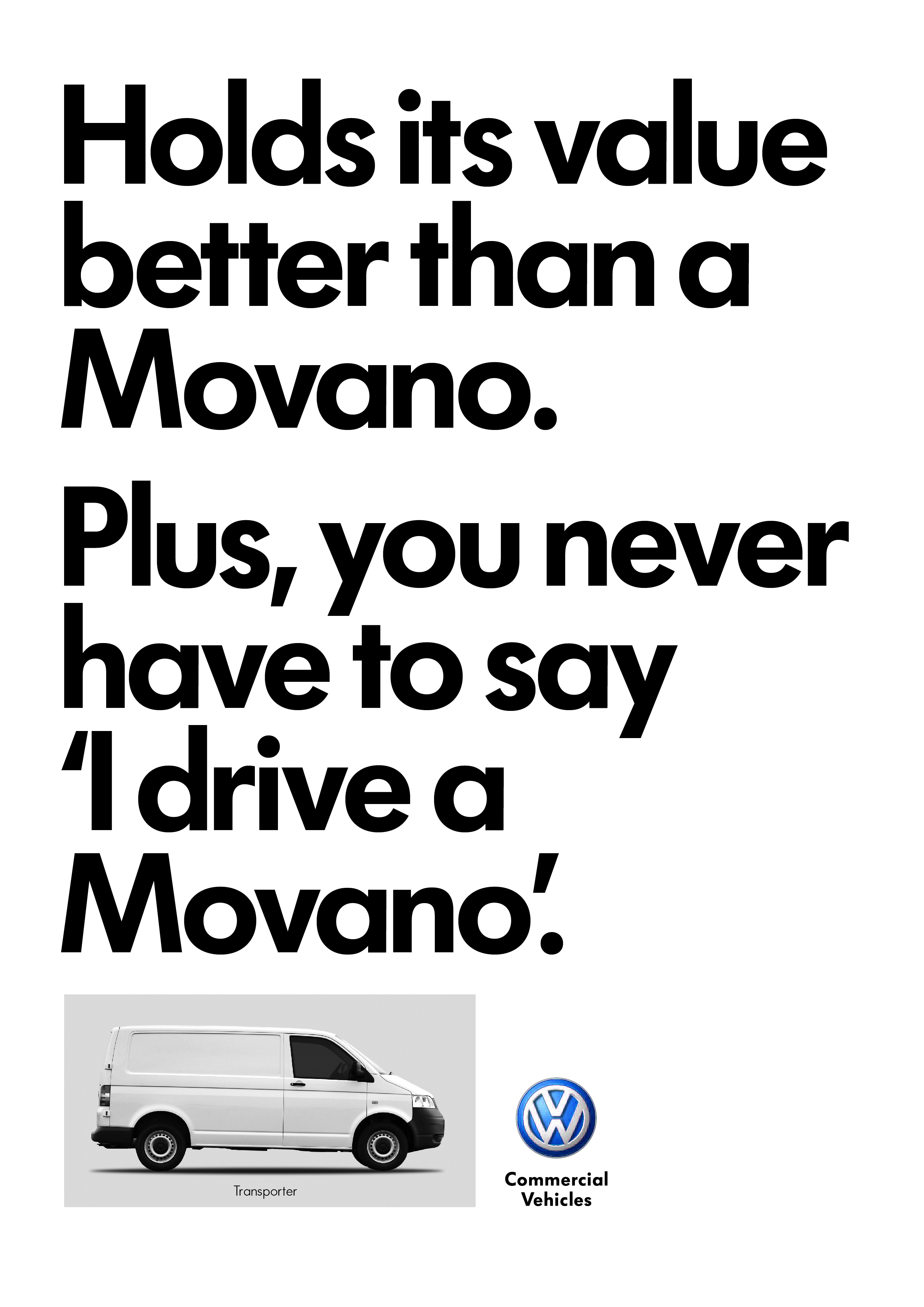 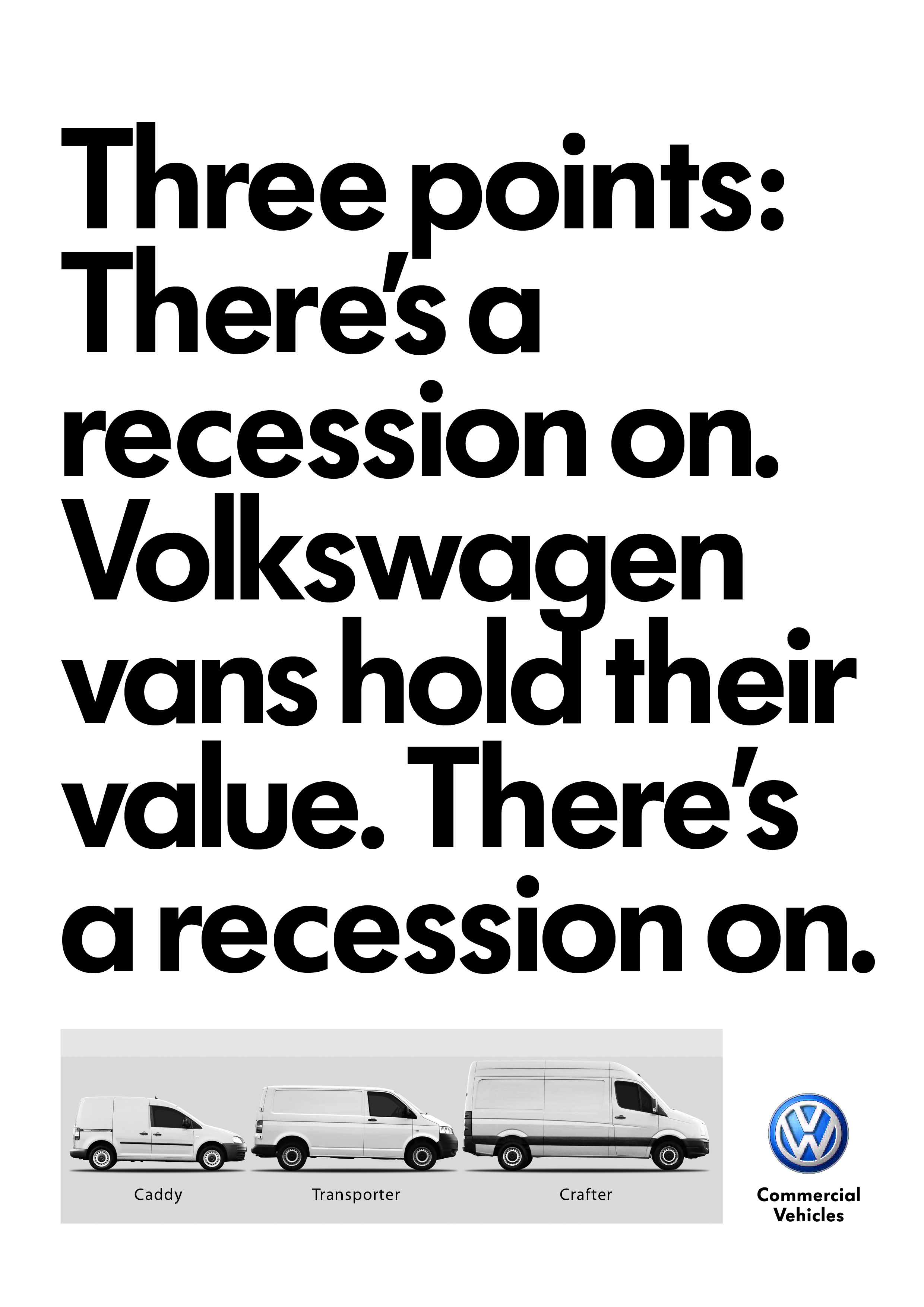 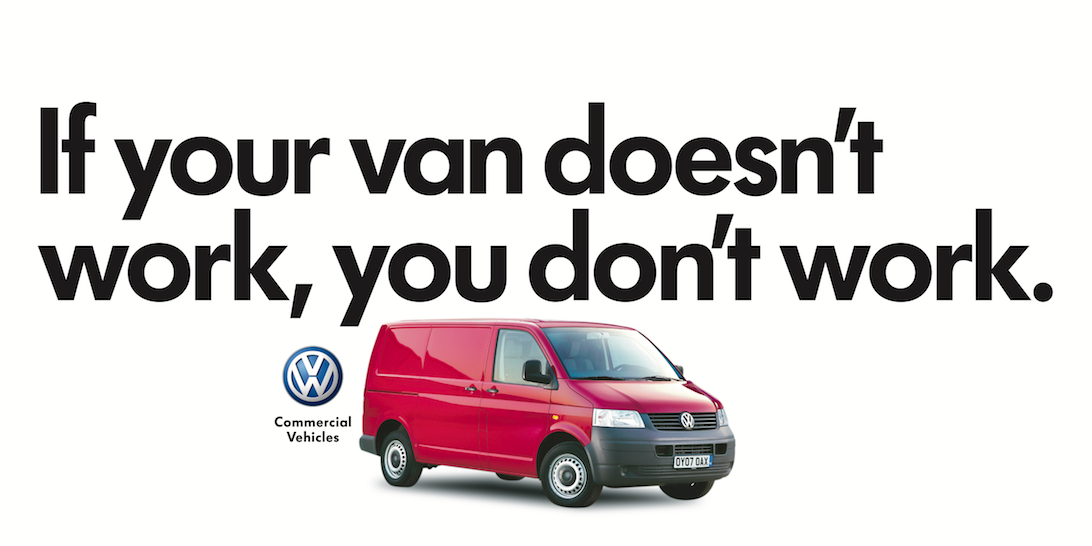 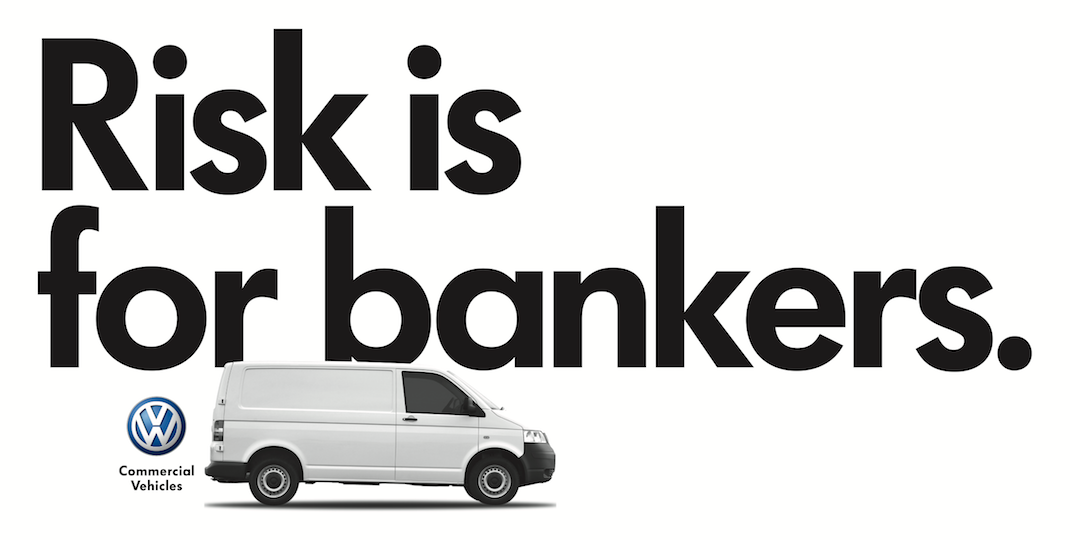 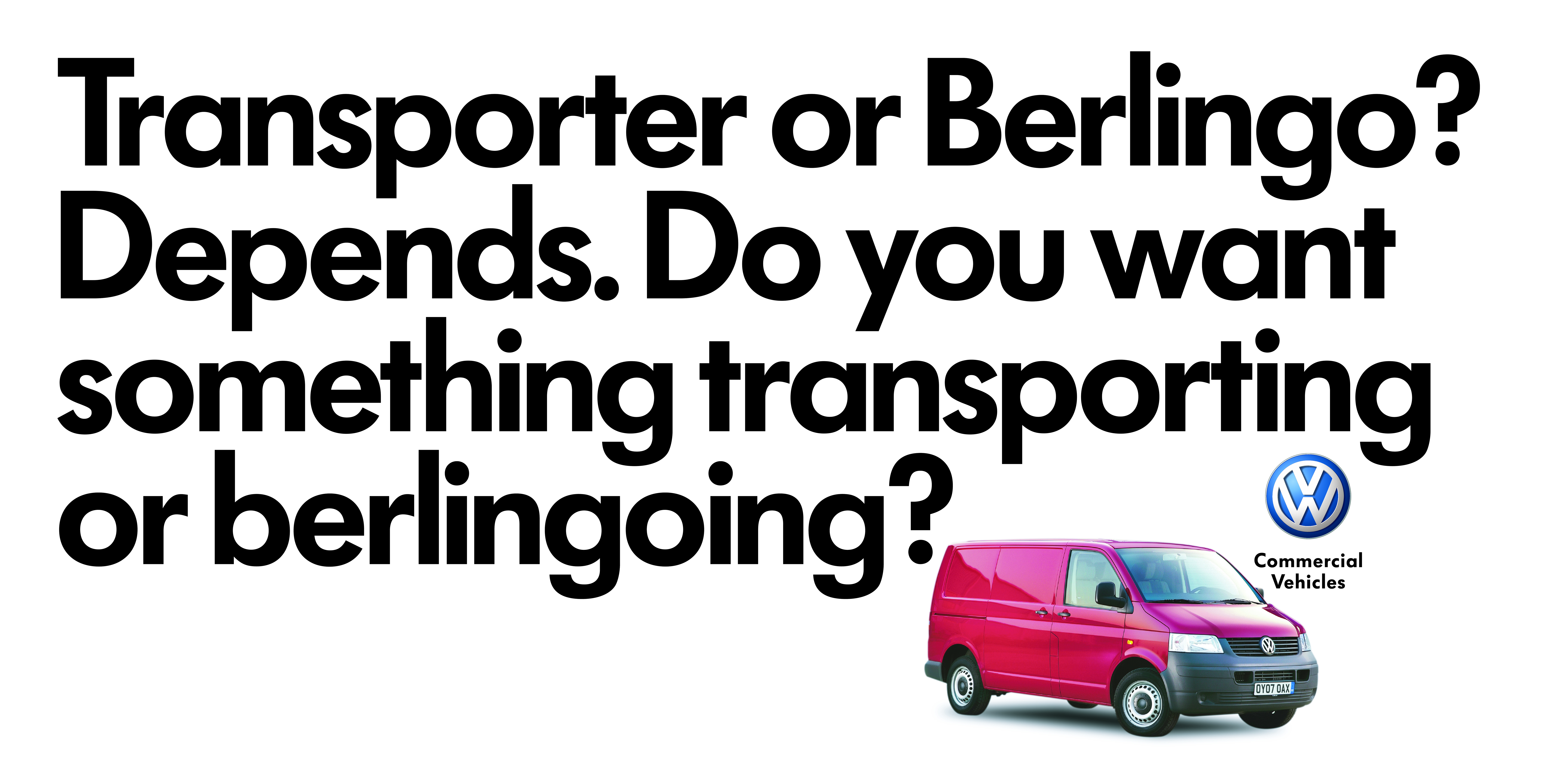 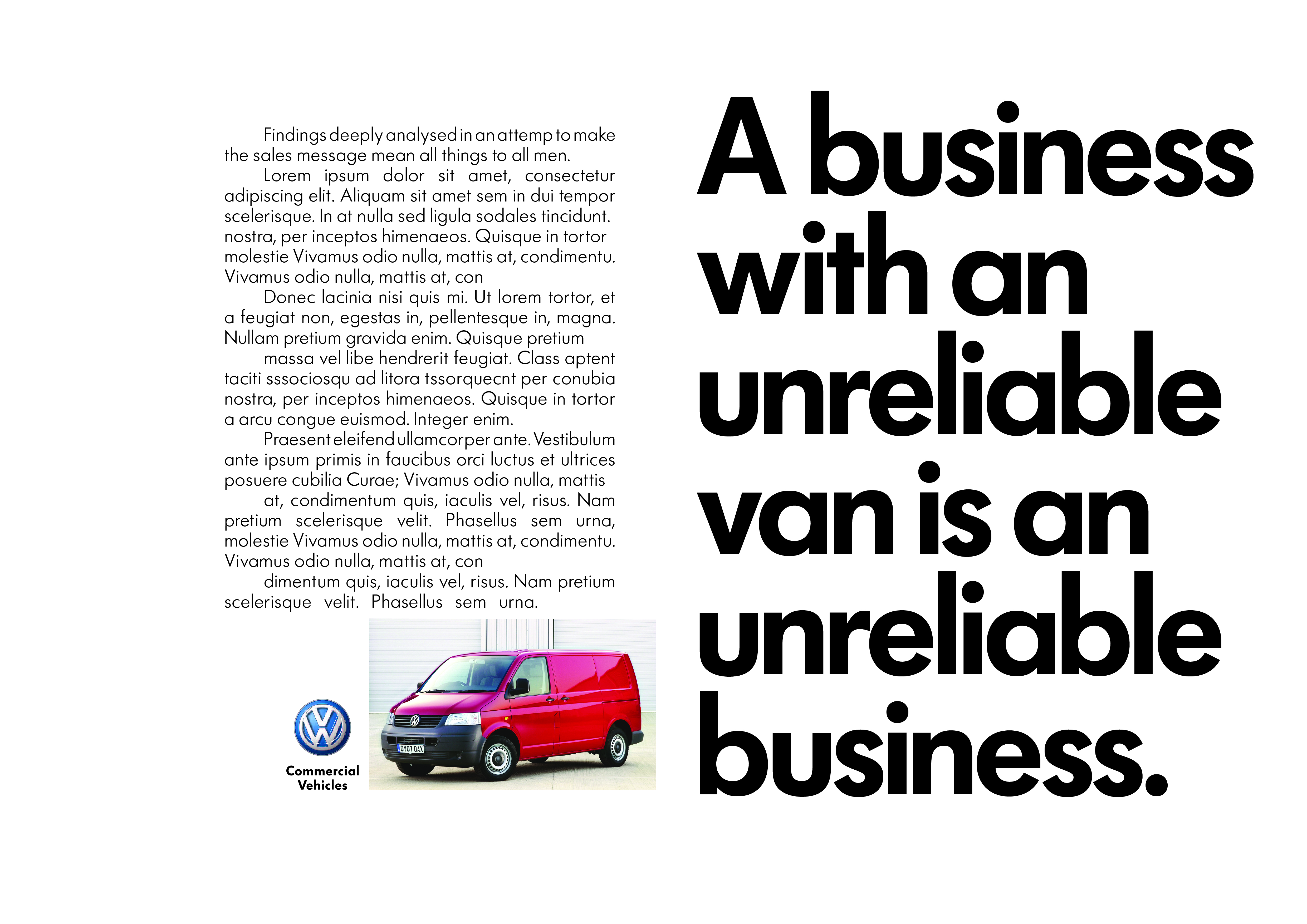 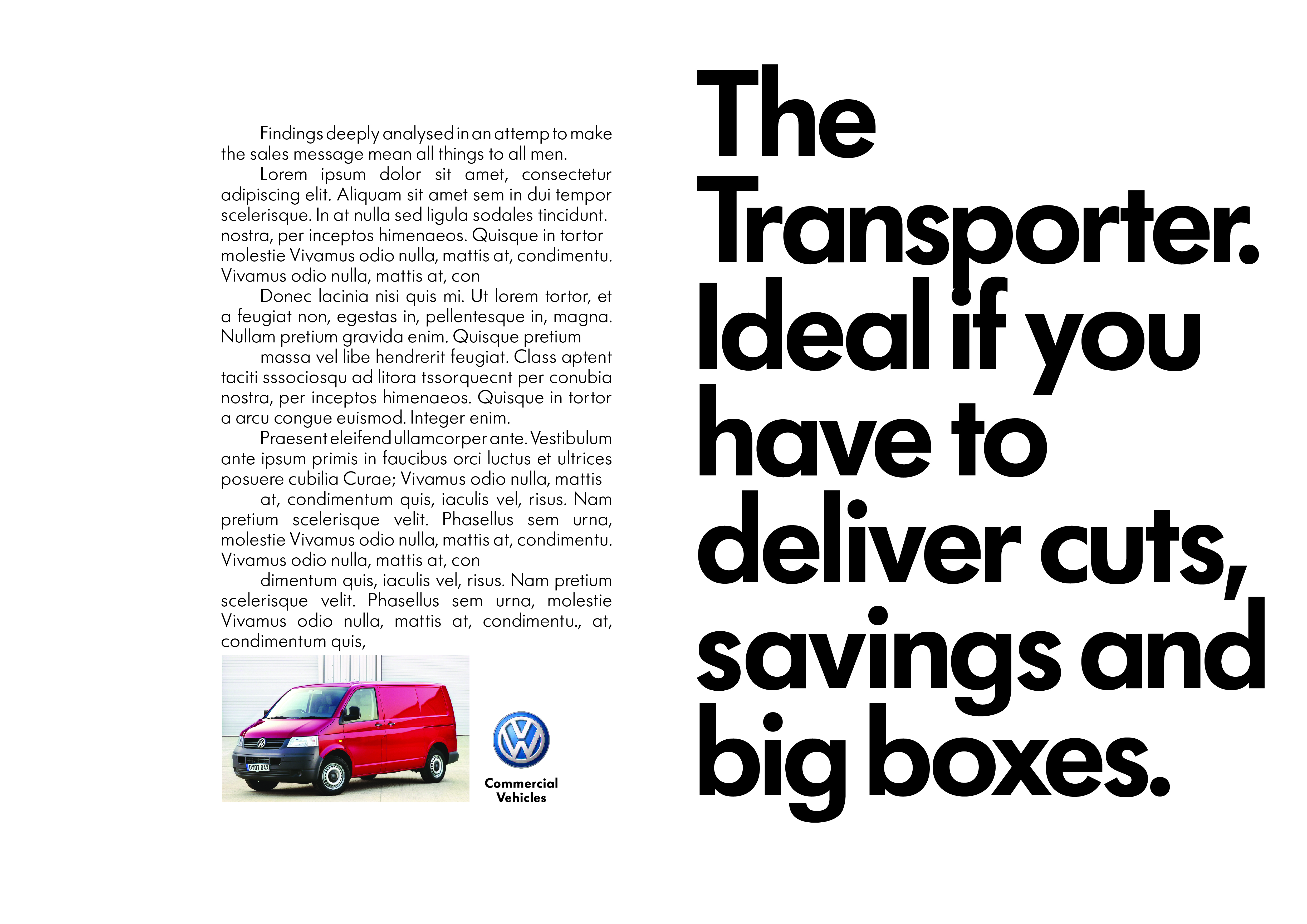 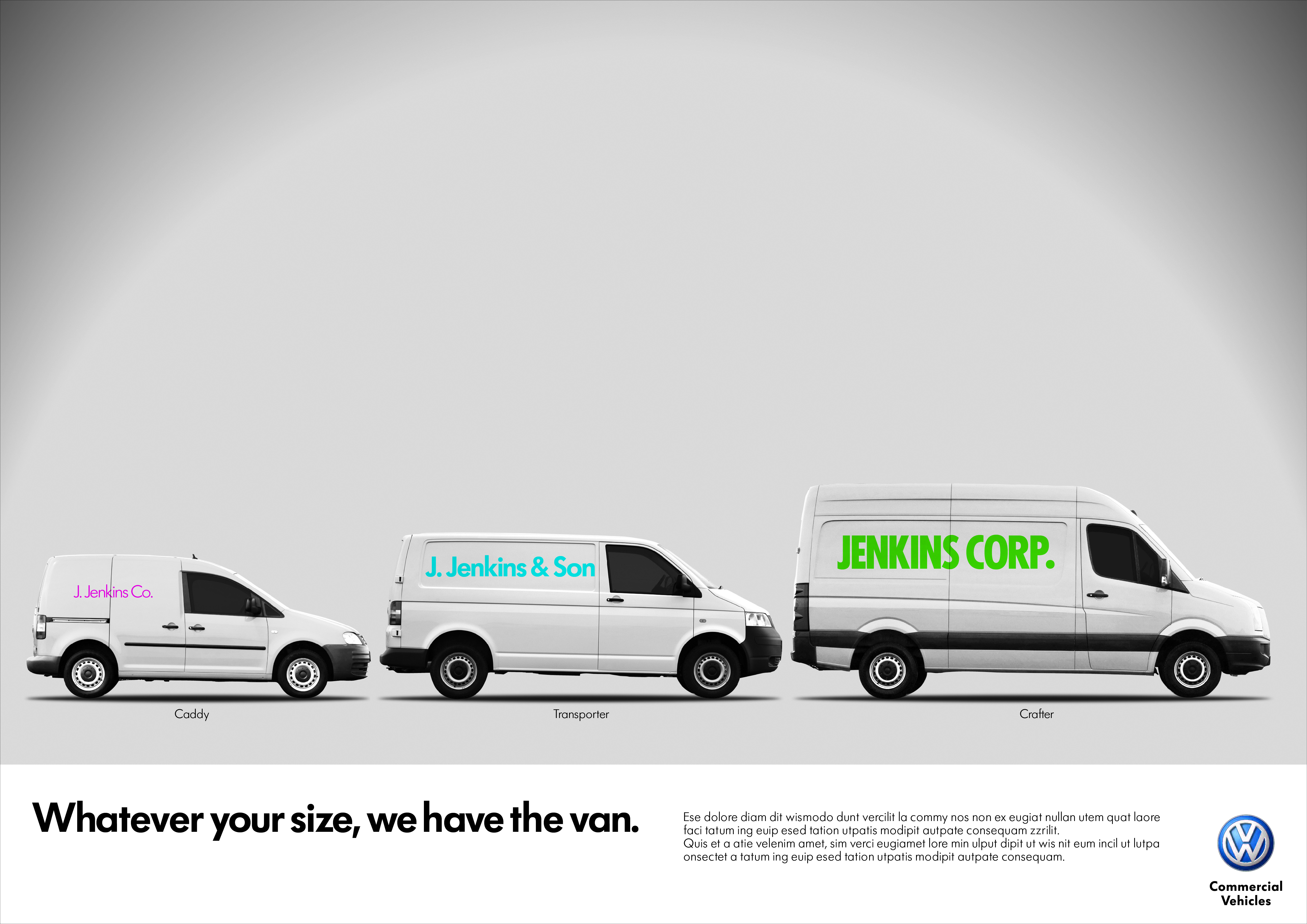 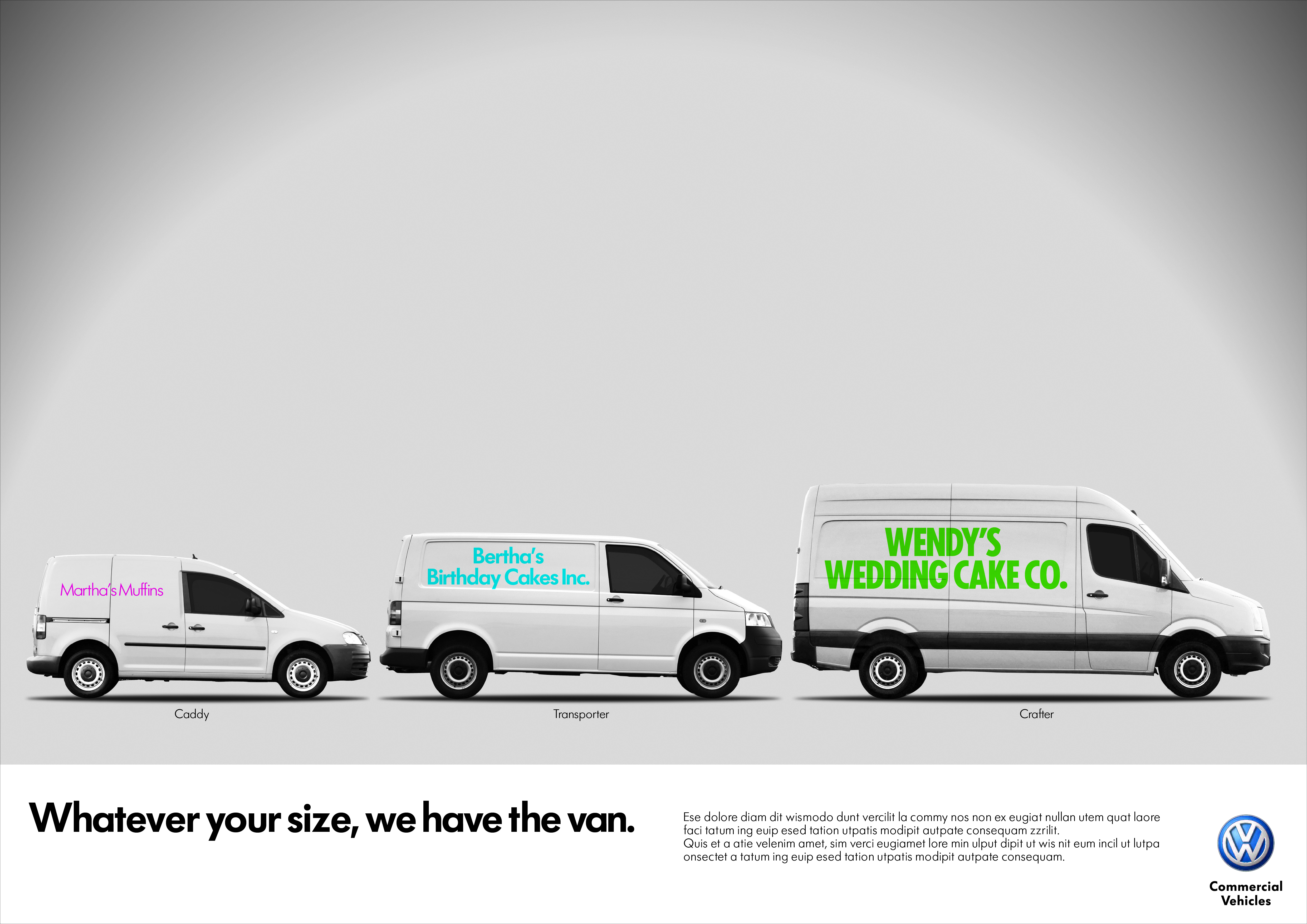 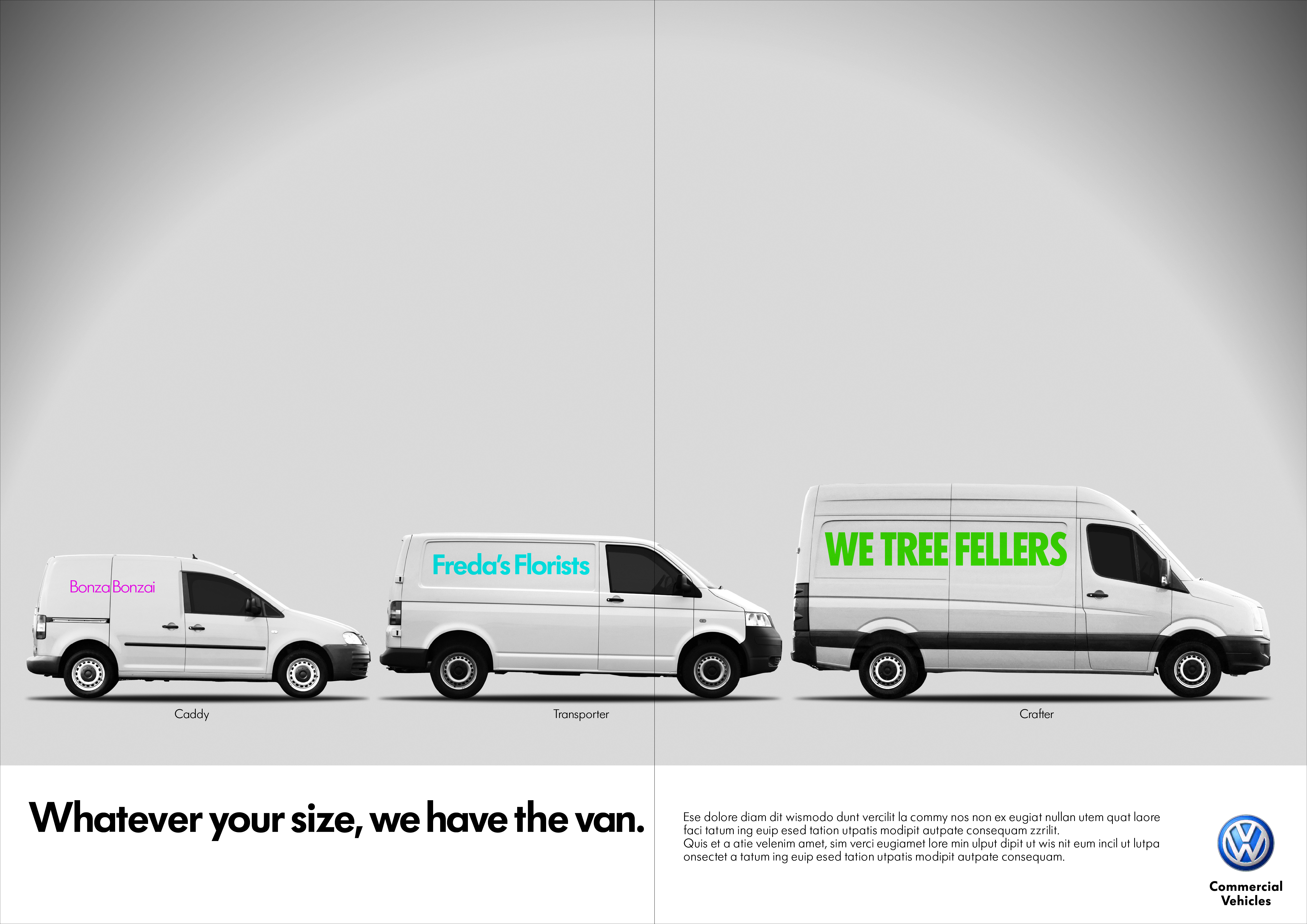