Alcohol is weird.
People are happy to pay three times more than they need to, simply to have the right words printed on the bottle.
In blind tests, most can’t even taste the difference between one beer and another.
I pitched for an alcohol brand recently, we produced film where the public were asked their opinions after tasting various whiskies.
What they didn’t know was that all the prices that were showed on the various bottles were lies.
Not surprisingly, the most expensive one was considered best, its virtues were extolled with words and phrases like ‘smoother’, ‘the flavour lingered longer’, ‘velvetier’ and so on.
They were talking about the cheapest one.
With alcohol, no-one likes to admit it, but people are buying the vibe as much as a liquid.
So when you’re advertising it; personality is key.
At BMP, the saying was that “People drink the advertising.’
Take the Gilbey’s Gin campaign.
I’ve always loved this campaign, the agency could’ve banged on about the unique recipe.
its Britishness.
It’s heritage.
Or taken the usual ‘Juniper berry’ route.p.
Instead, they gave it a personality, one that was totally unlike the competition.
The ads gave the impression that Gilbey’s wasn’t one of those boring, old-fashioned Gin’s, they were hip.
And they did it in a way that got noticed.
Their ads looked nothing like ads.
They used the illustrator Glen Baxter. 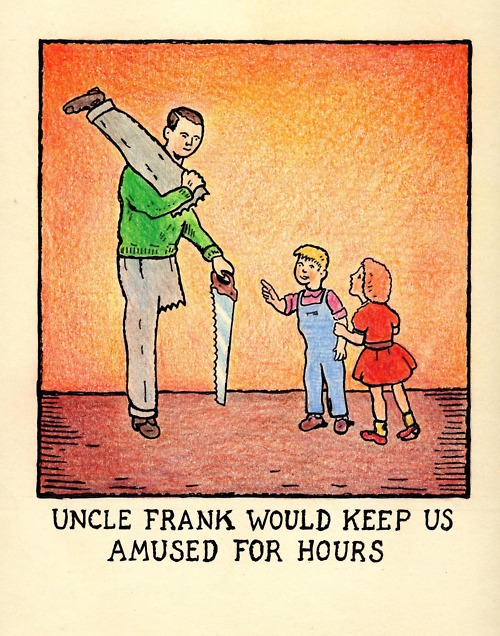 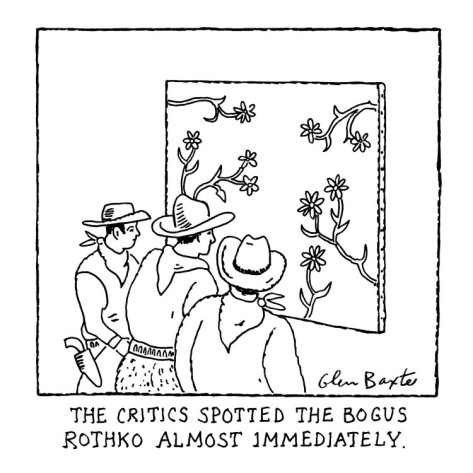 Baxter was, and is, quintessentially British, eccentric and irreverent.
Perfect ingredients for a Gin.
The biggest compliment I can give the creative team is that I can’t see what they did.
It looks like they just gave Glen the brief and printed what he gave them back.
It’s rarely that simple.

(Note to Editor: Is there any mileage in a ‘Ads that don’t look like ads’ series?)

N.b. David Horry has just got in touch with a bit of info on the development of this work:
‘The Gilbey’s was very odd.
As you suggest Baxter basically did all the work in his own mystical way – we never saw a layout – sketch it was fait accompli.
and the suit – Mike Robinson did a pretty good job persuading the clients to buy the campaign – who being CDP we didn’t meet.
But in order for Baxter to have this creative freedom, (and get paid), We insisted that the first ad we ran was entirely the agency line.
He was not to deviate – Dave Brown and I first met him at The Chelsea Arts Club which I felt was Bohemian enough for The Colonel.
He told us that he’d spent his early life in Leeds teaching mathematics and football!!
He liked the idea but was most reticent about the first concept.
Fortunately his agent, ‘Naughty Nigel’, made sure the money talked and it all happened without any stress or quibble.
The original ad was ‘It was the largest Gilbey’s and tonic they had ever seen.’
It was lovely – I think privately he hated it.
But he penned all the others and the client changed absolutely nothing – nothing – nothing!! And ‘Naughty Nigel’ got his 20%.
But the next year the campaign was dropped and we moved on to other things.’ 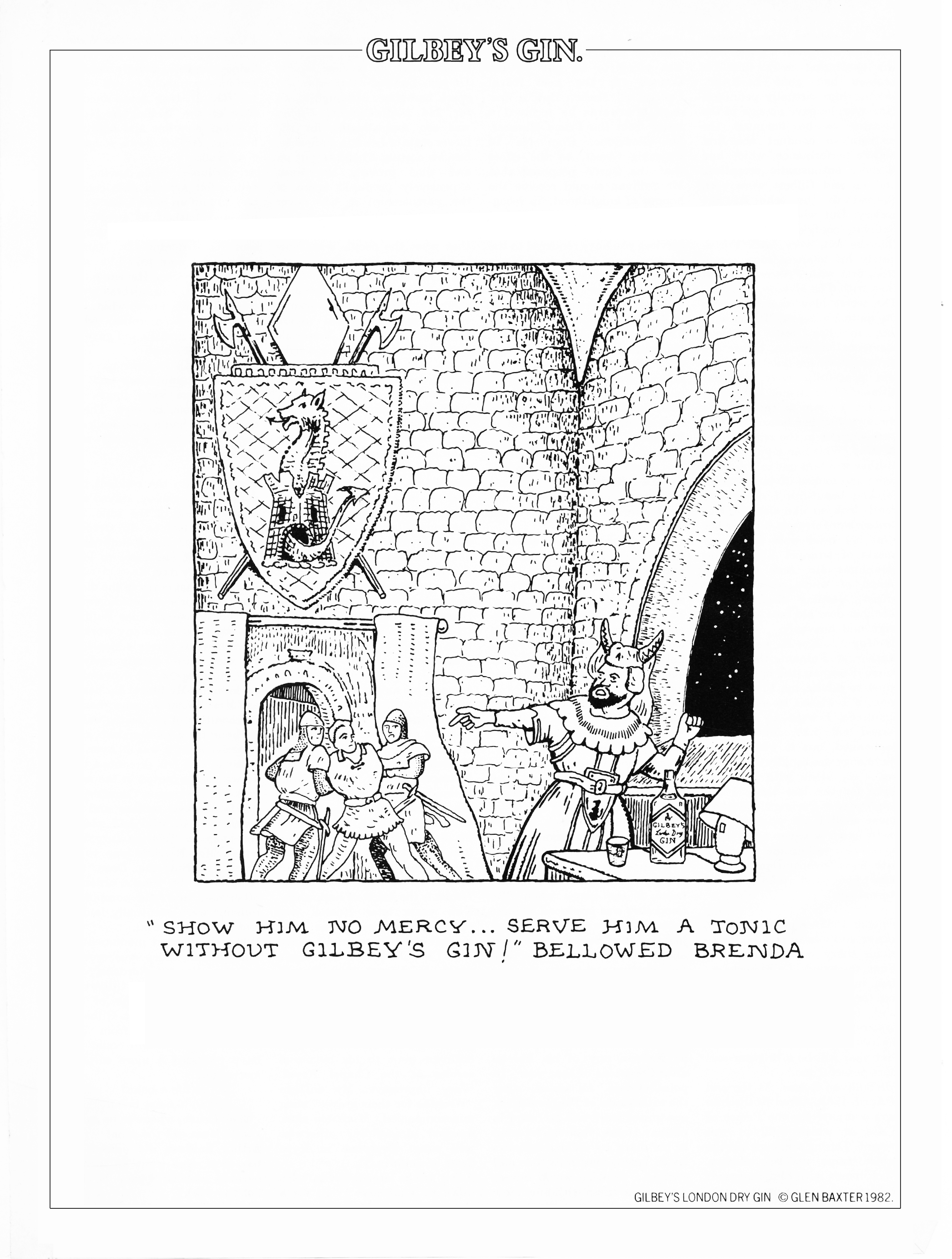 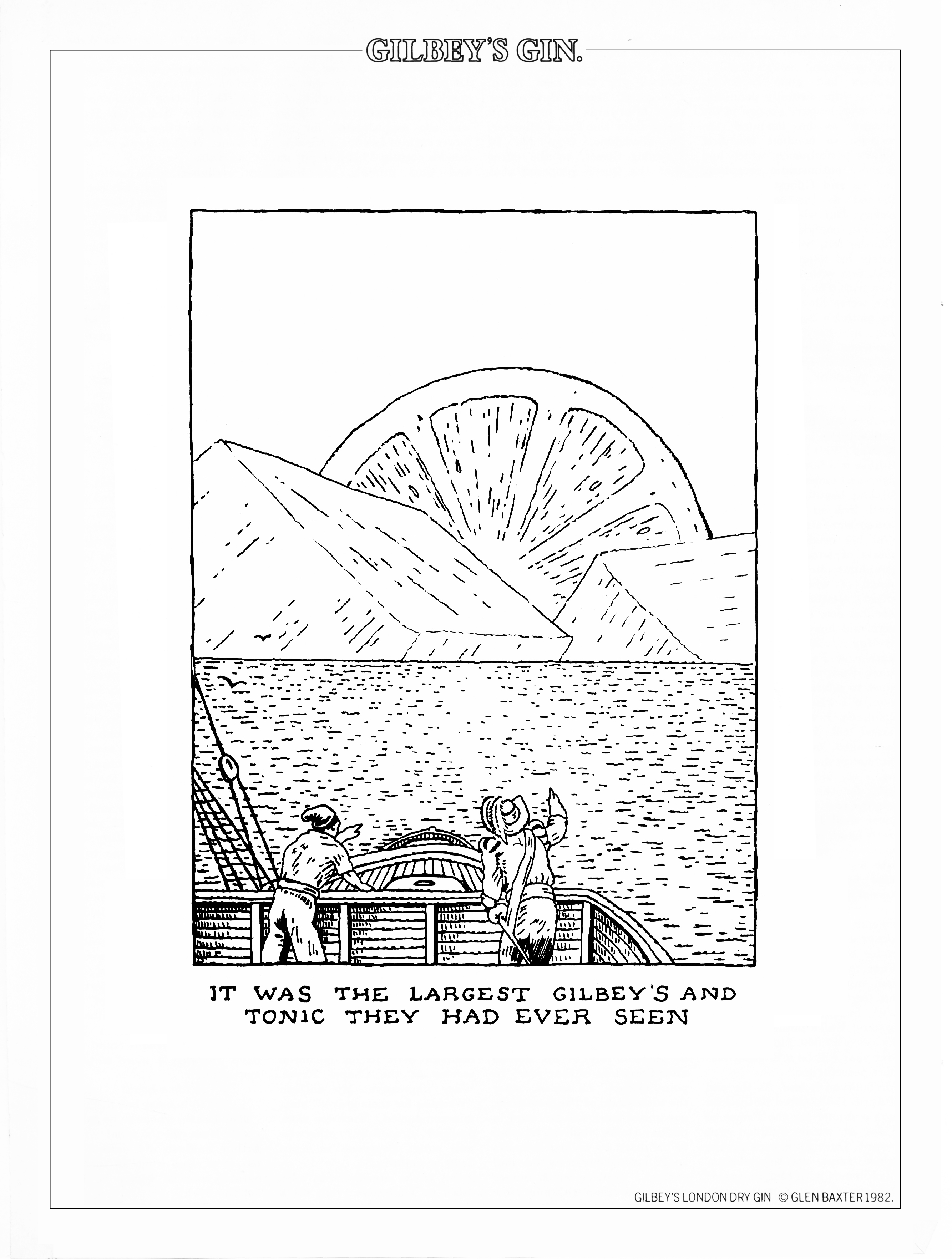 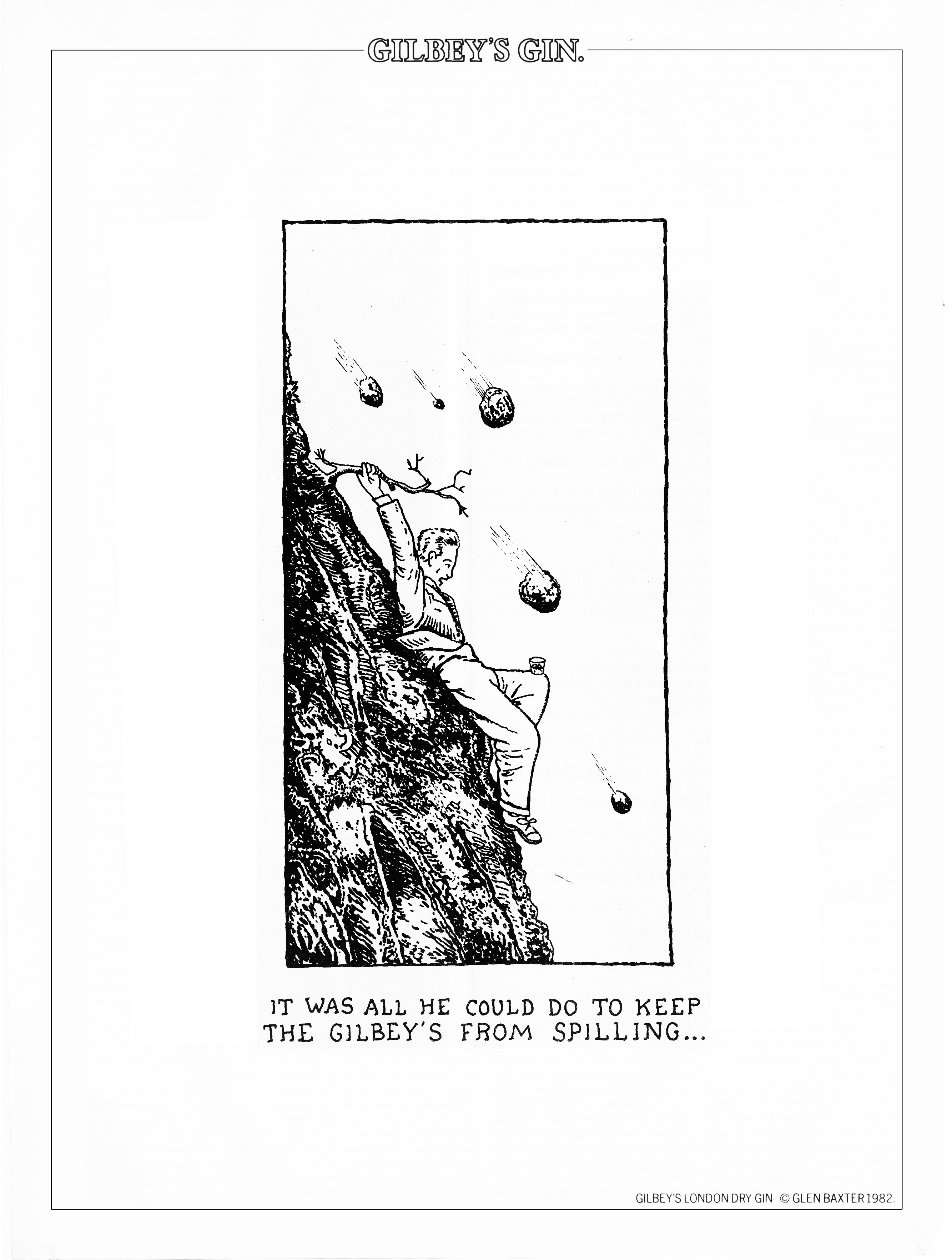 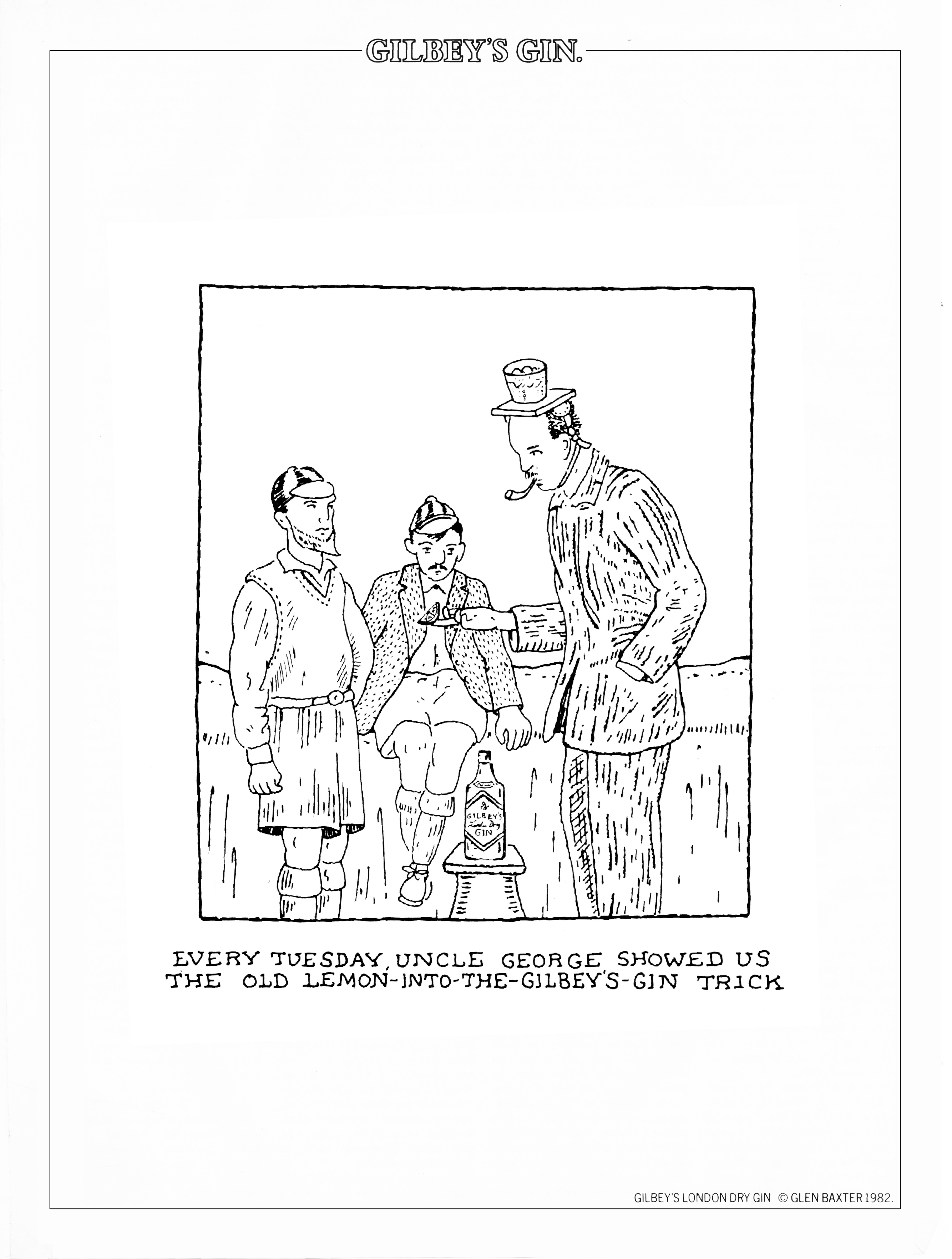 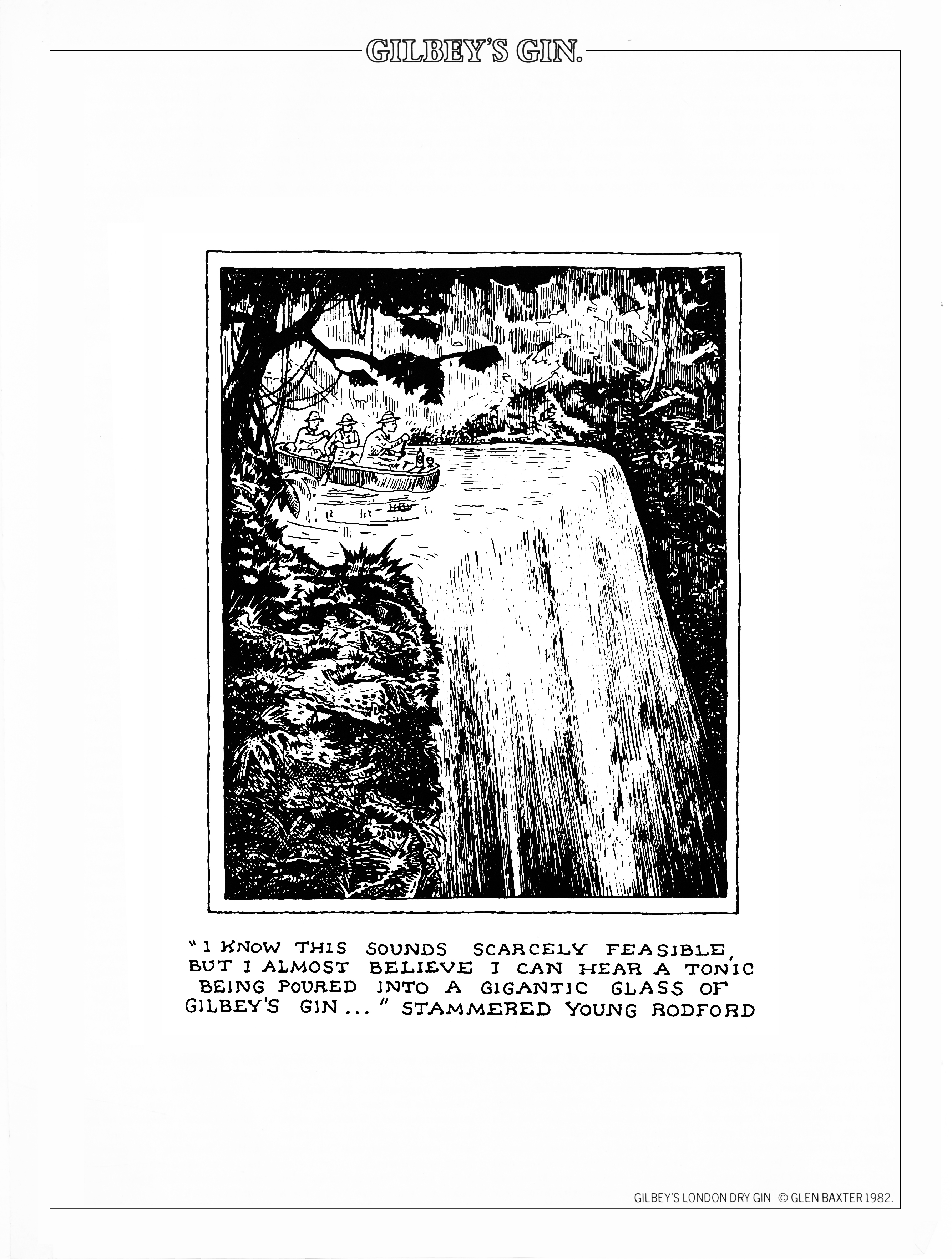 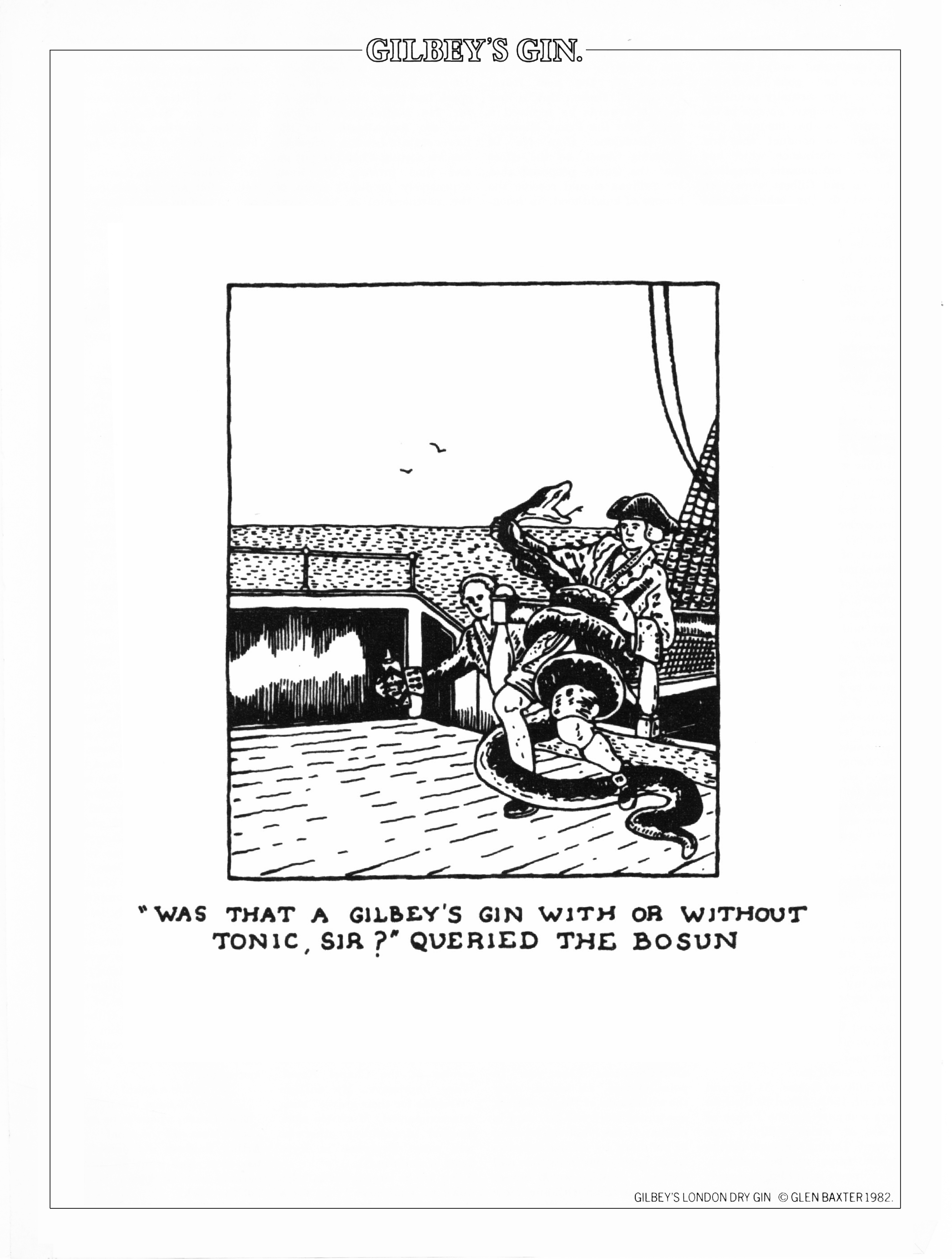 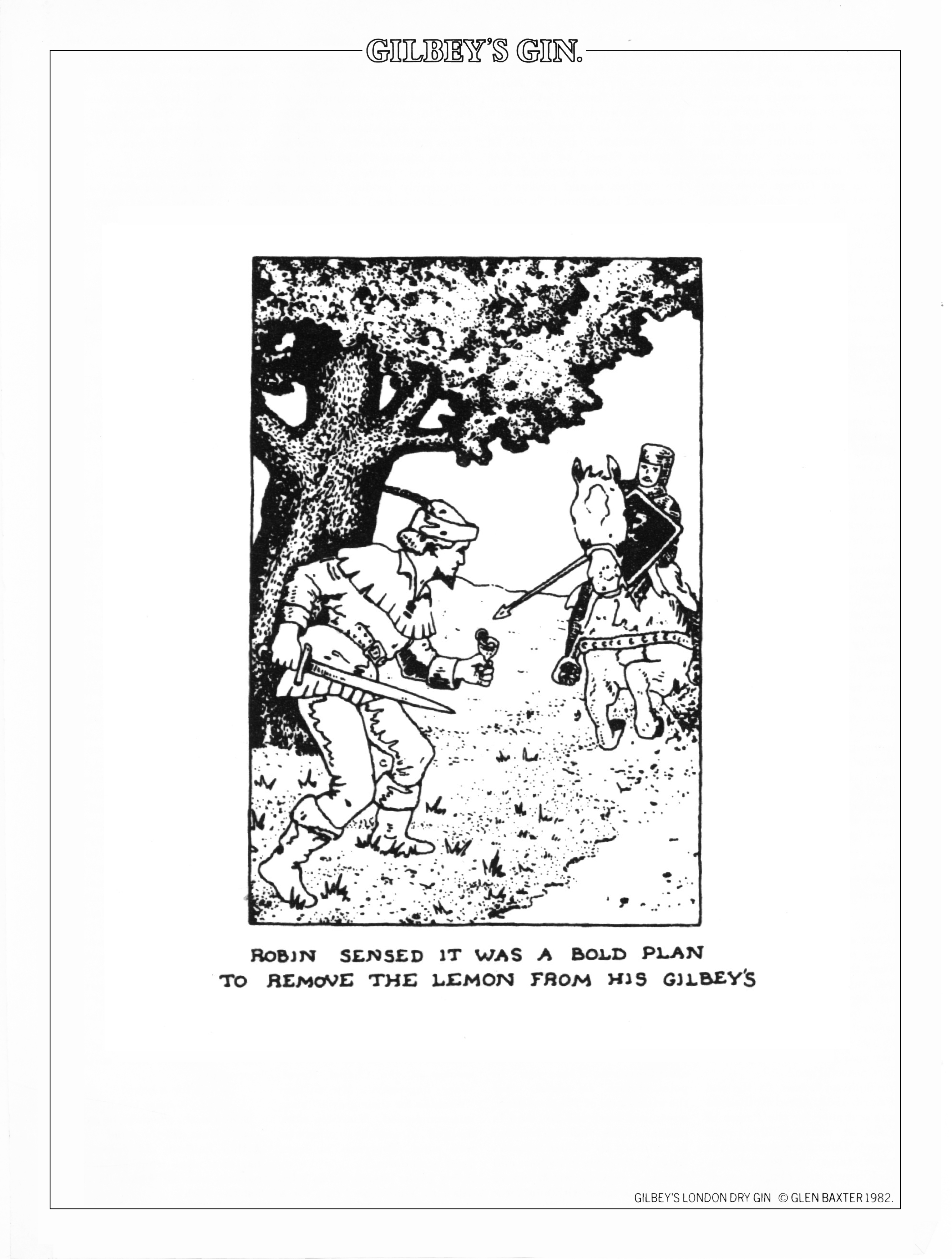 Nb. Here’s an old bit of ephemera from the Dave Horry’s collaboration with Glen Baxter: 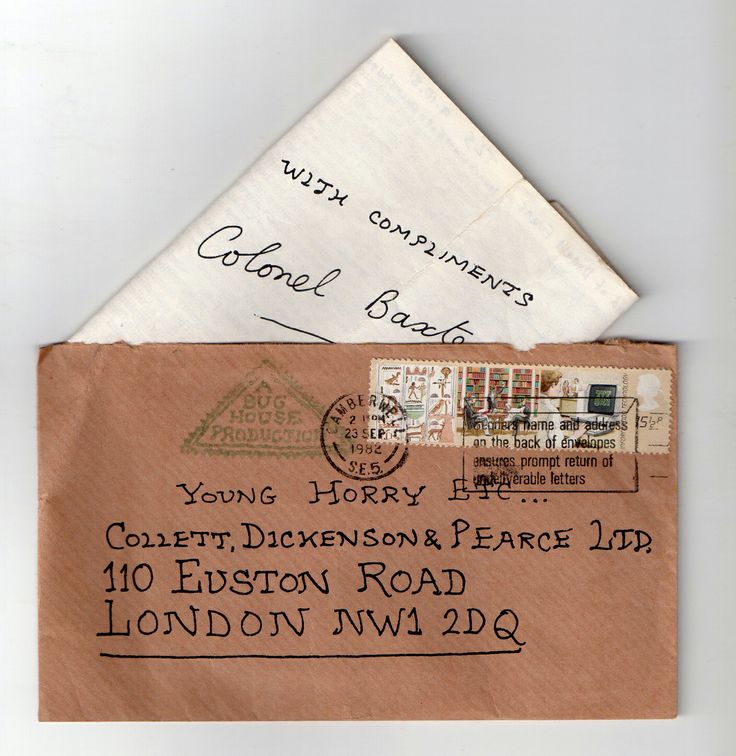