Silk Cut ads.
I don’t think I knew what the ads were for, but I remember regularly seeing variations on a theme.
There were lots of them in what I now know as print and OOH.
Google shows me there were TV ads too, but I don’t remember seeing those. Just pages filled with a rich colour and a luxurious-looking fabric.
Of course, I wouldn’t have said those words back then – the ads first came out in 1983, so I was five years old – I probably would’ve thought ‘pretty’ and ‘silky’ and that would’ve been as far as my creative judgement would go.
Alexandra Taylor’s tales of getting the print ads signed off by Saatchi are brilliant – listen to her talk to Dan Dawson and Hugh Todd on their podcast Get Behind The Billboard. 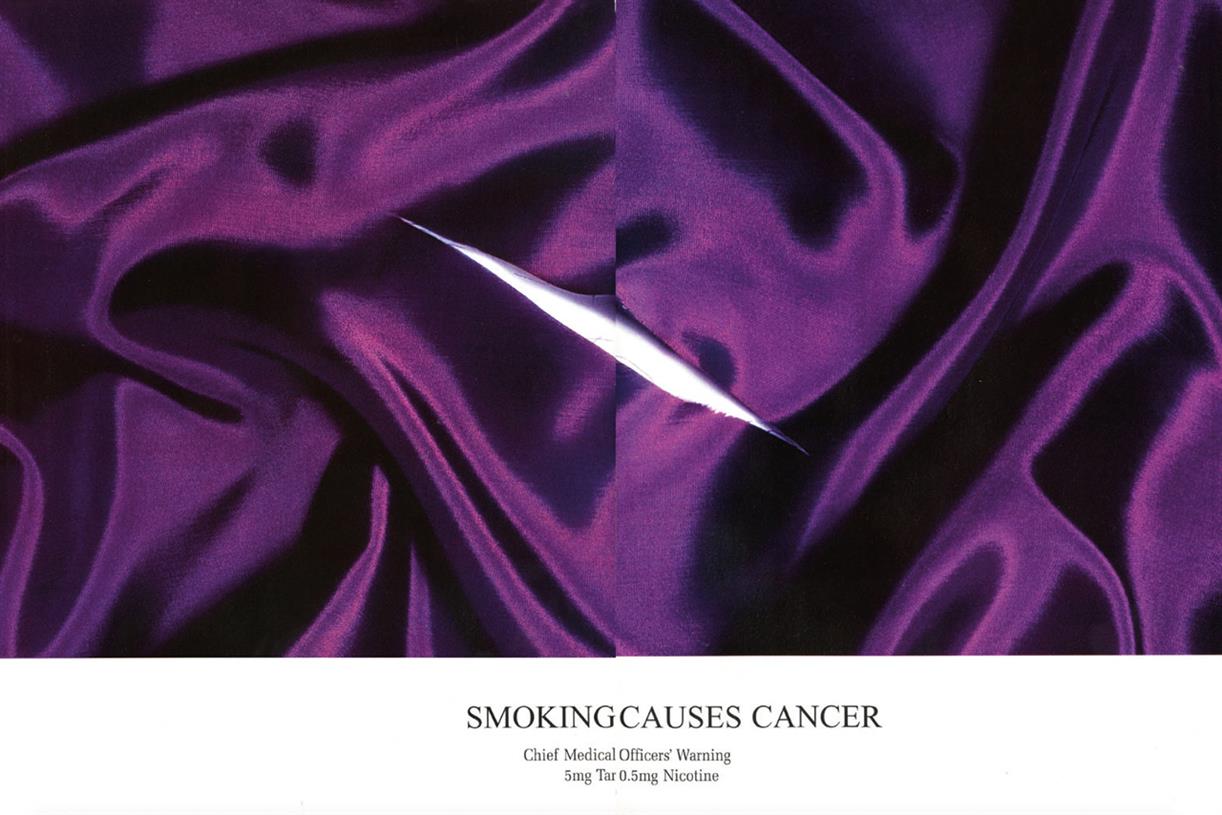 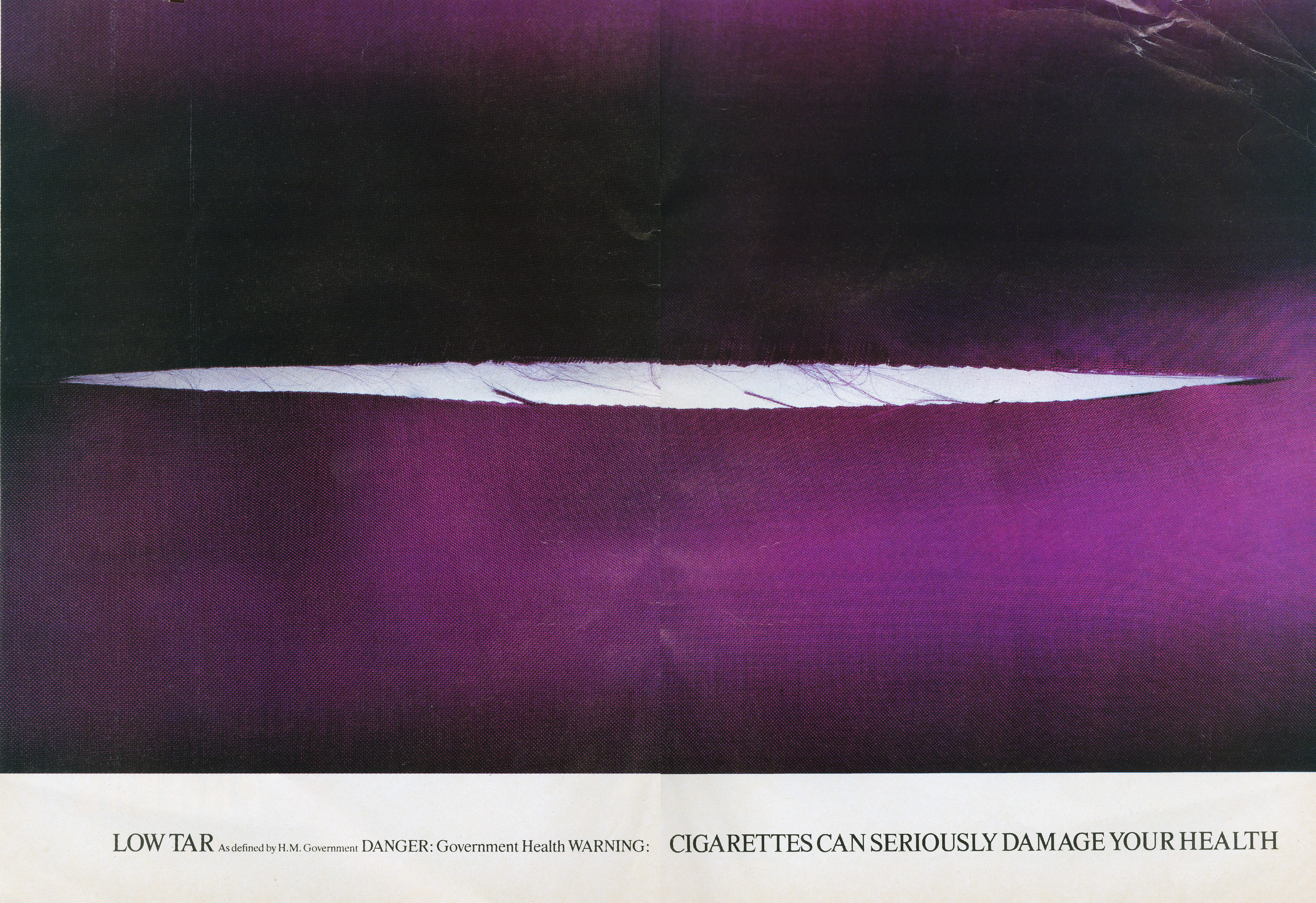 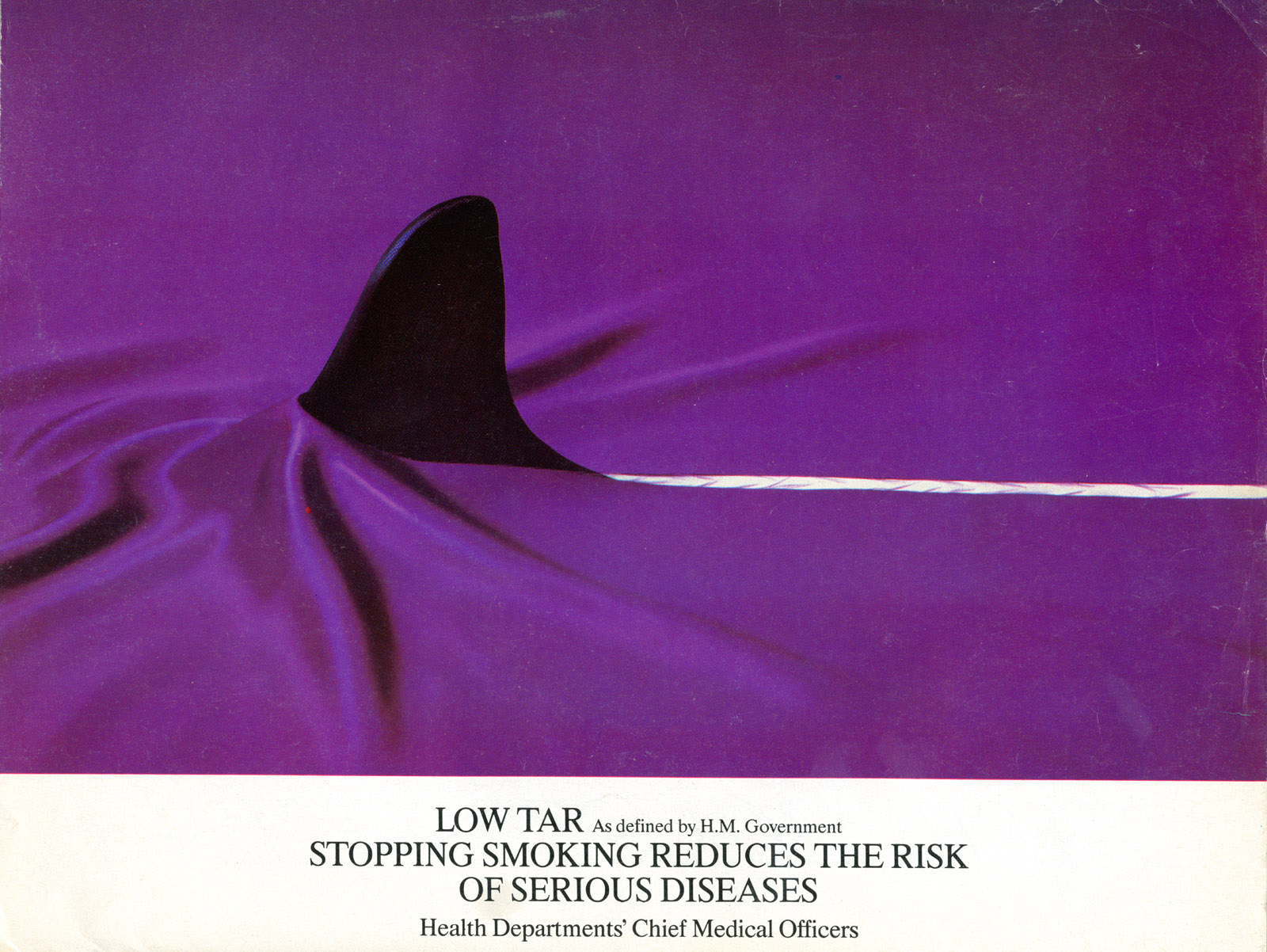 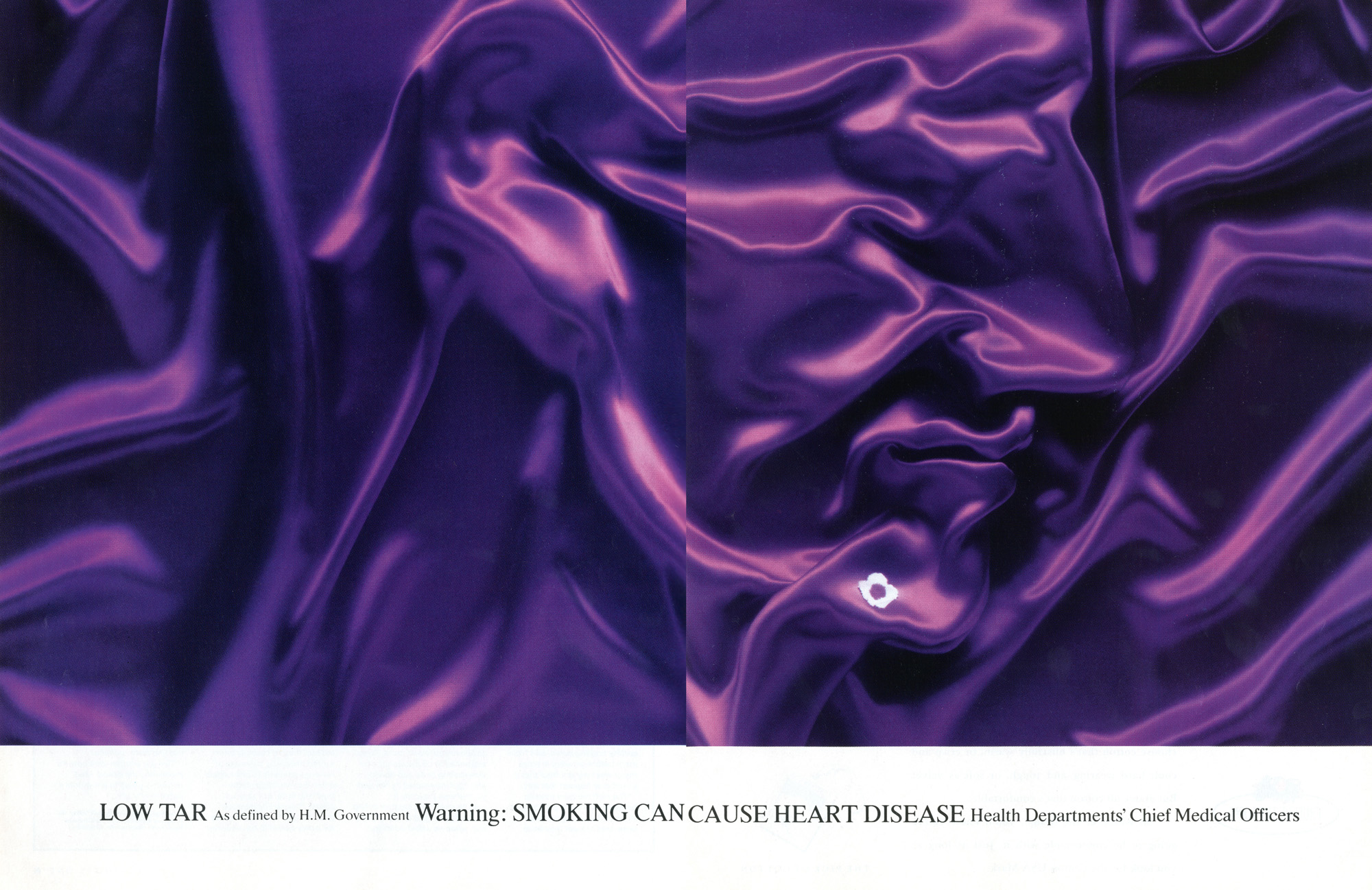 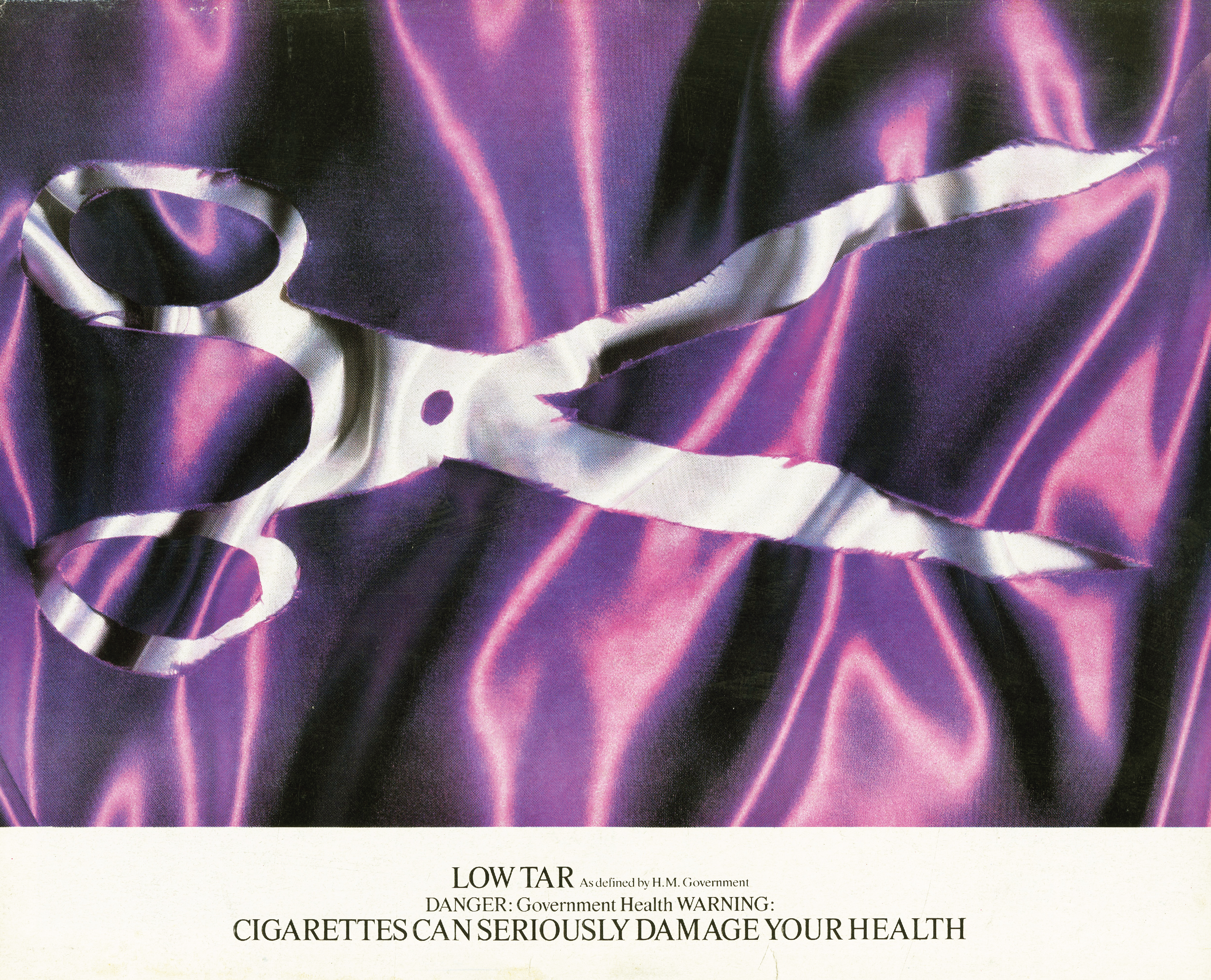 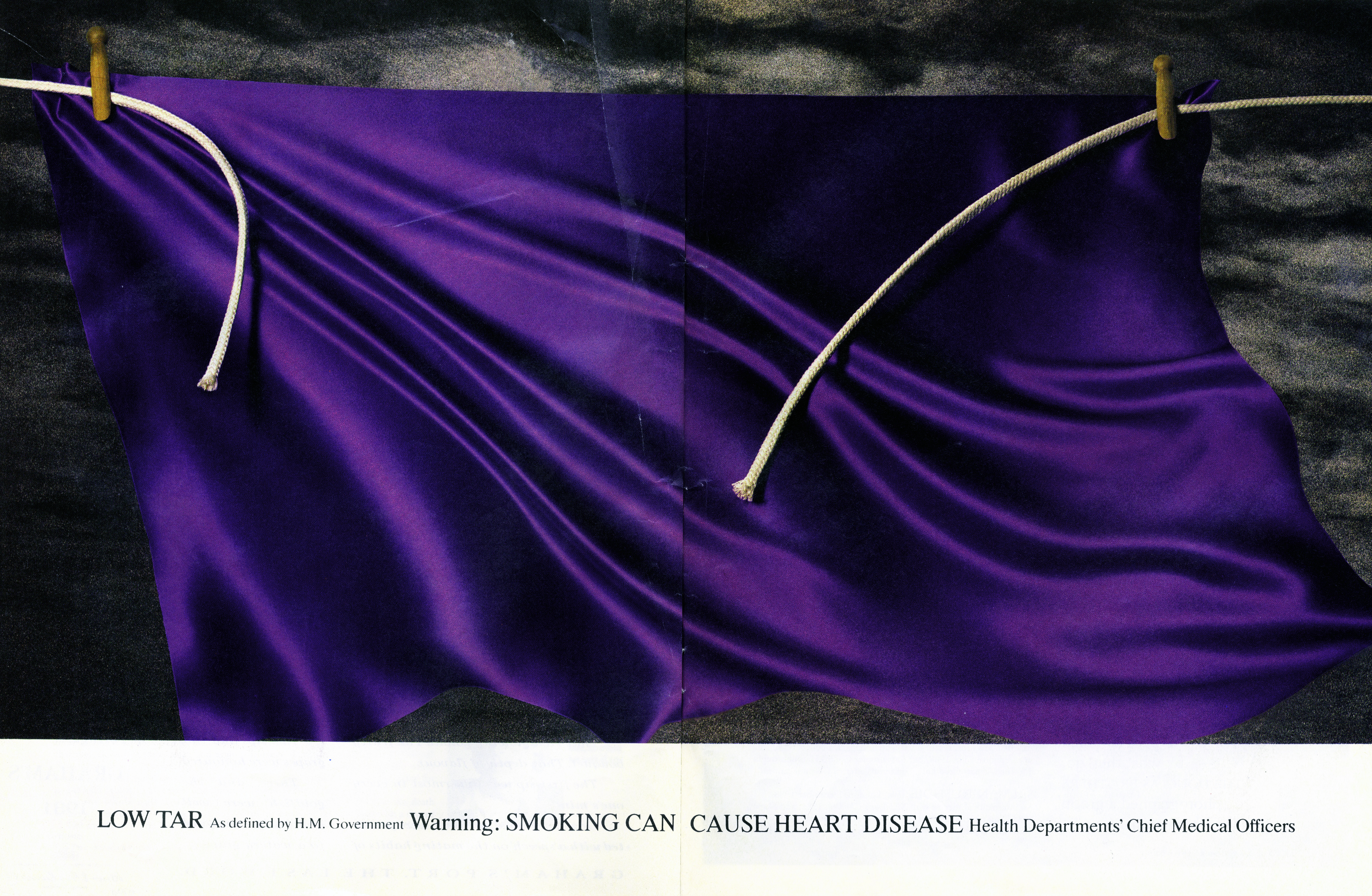 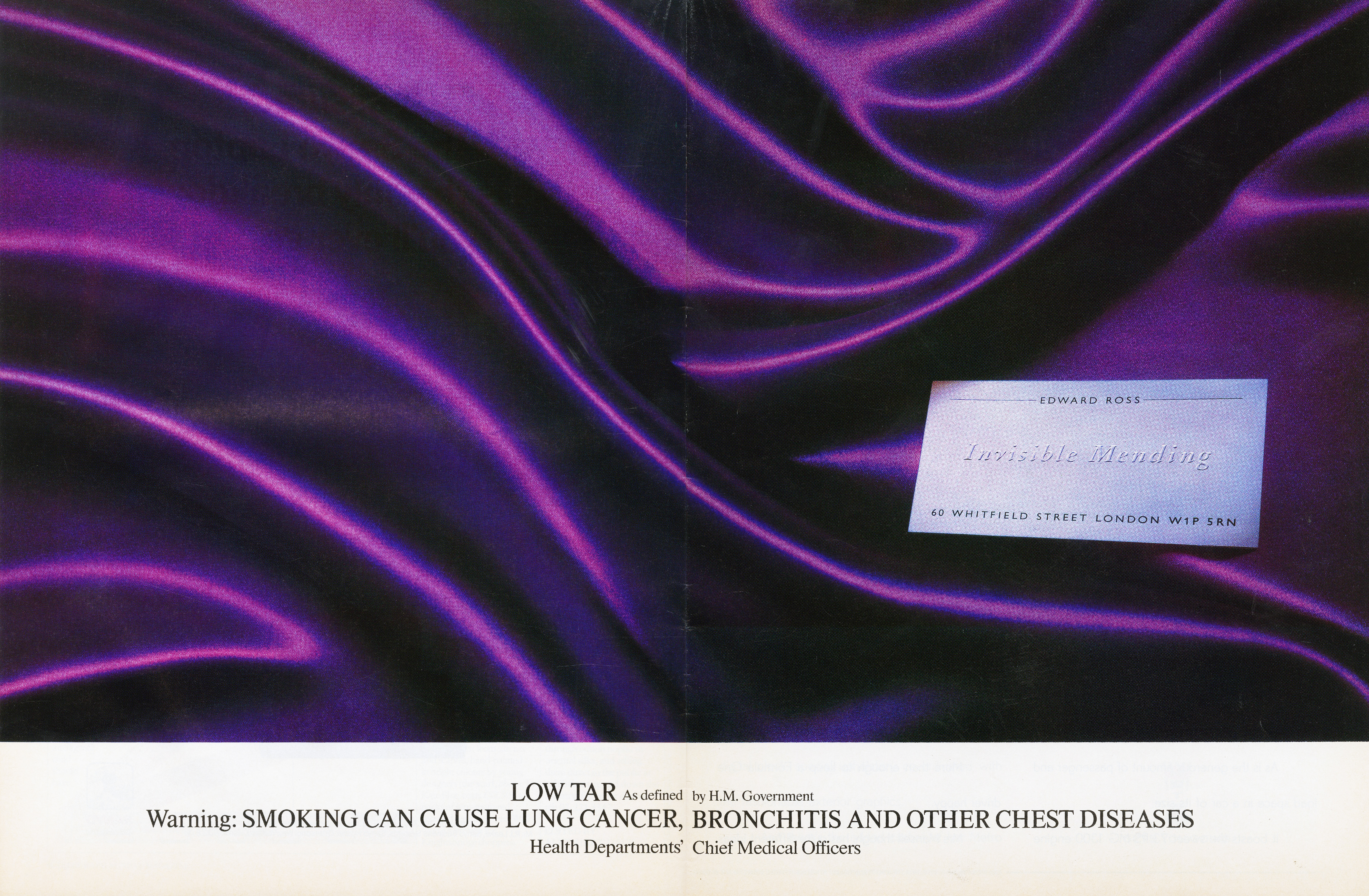 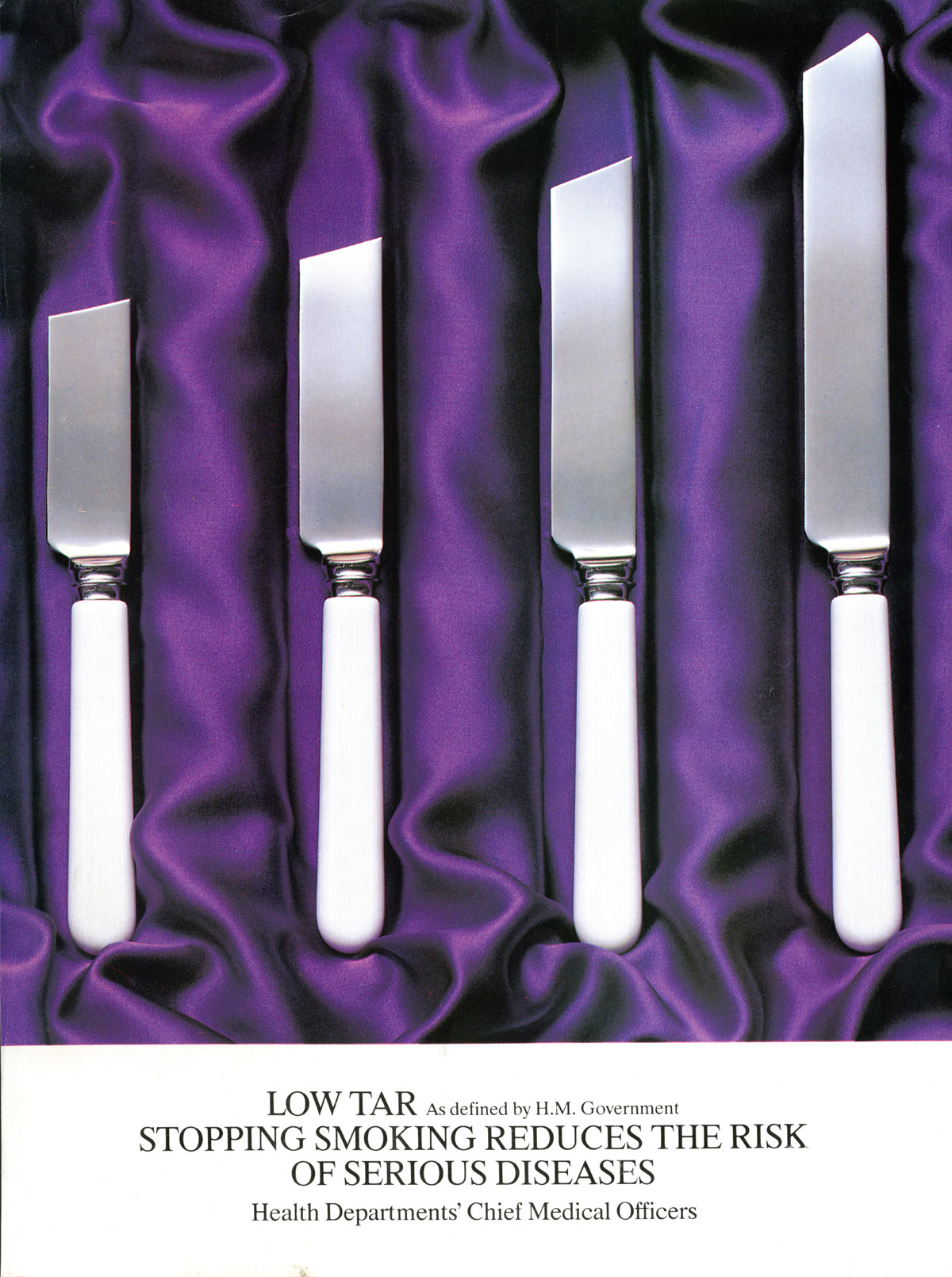 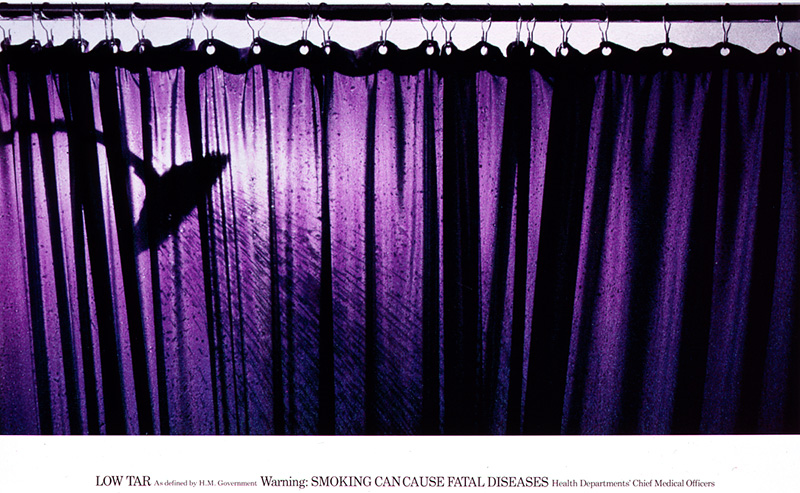 While I may not remember seeing Silk Cut ads on TV, I do remember plenty of other TV ads.
“She’s like Ariston” my grandma used to say every time my mum nagged at my brother and me.
We thought she was hilarious, using the funny song from the advert to describe our mum.
She even gave mum the nickname Ariston and would ask, ‘How’s Ariston? Still going on and on?” when she phoned us.
We had no idea she was reinforcing the brand name and the product benefit at the time – neither did she, I imagine.
I’ve told Dave Trott this story a number of times – last time we talked about it, I shared what he said on Twitter, if you’re interested. (Gold Greenlees Trott.)

Still on songs, “If you like a lot of chocolate on your biscuit, join our Club” was a fun one to sing.
I know nothing about music so probably won’t say what I mean here, but the tone goes up and down and in and out when you sing it, giving your mouth and your voice a bit of a workout. Now imagine running around the house singing it really loudly. What a laugh.

(A few years later this ran in Scotland – excellent.) 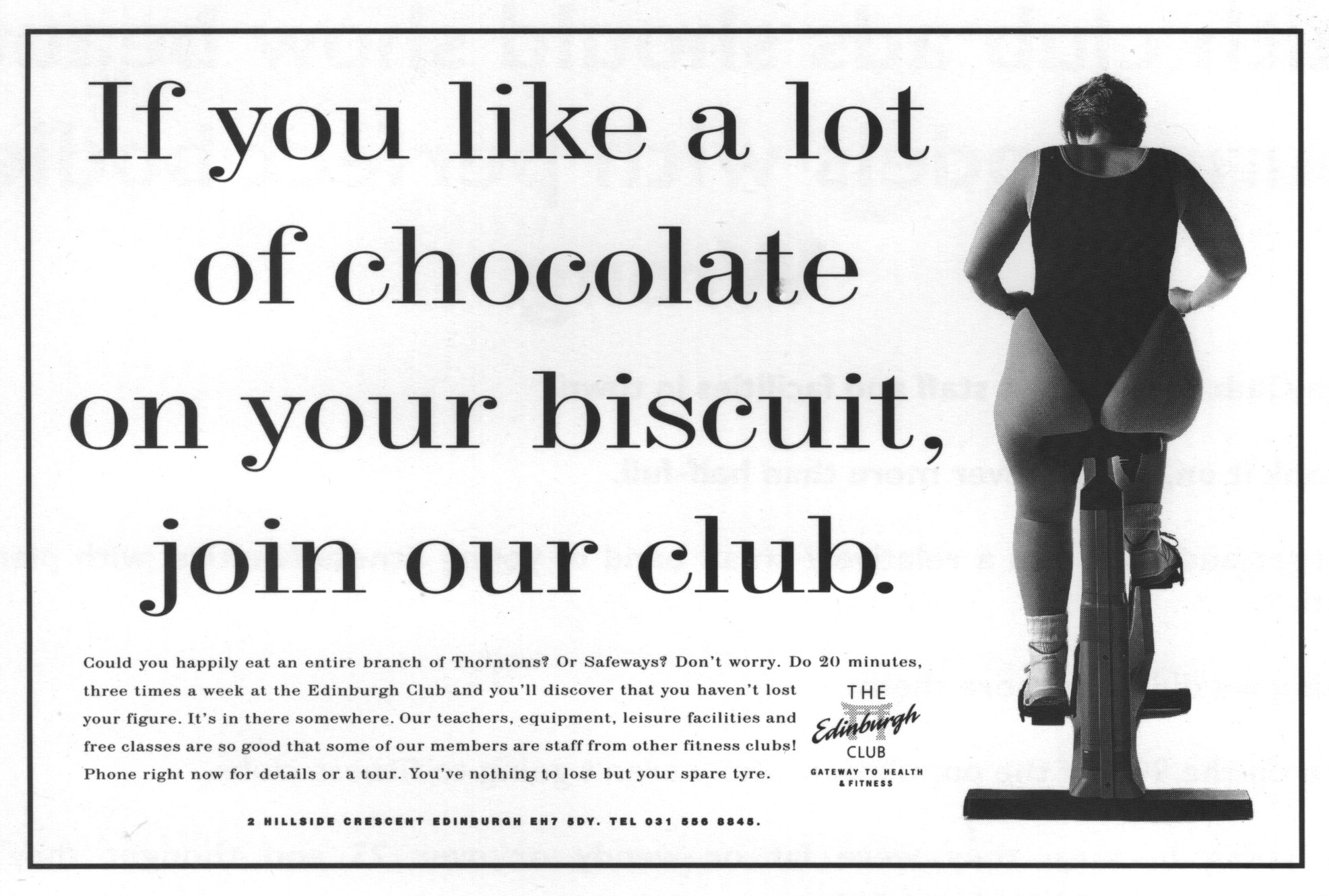 Same goes for “A finger of Fudge is just enough to give your kids a treat.”
Watching it now, and ouch my ears. It’s so high-pitched. My ears must’ve heard differently back then because it was another fun song to sing.
It’s interesting seeing the brand name in the line for this and for Club. You don’t see that much now, do you? (Foote Cone Belding.)

And still on songs, I still know all the words to this Milky Way ad.
It was big and bright to look at, and the words all rhymed in a song that wouldn’t have been out of place in the pop charts.
I couldn’t sing (still can’t), but I did like to sing that a lot.

JR Hartley. Remember him? He was the posh old man in the Yellow Pages advert looking for a book by guess who? JR Hartley.
He said his name so many times, I’ll probably never forget it.
I said it so many times myself – it was fun to say because I had to put on such a posh voice.
I’d never heard someone speak so posh before then.
Now I think about it, it’s a weird thing for an ad to do – repeat the character’s name, not the brand or product name.
Anyway, it worked. I remember the man and the ad, and that the ad was for Yellow Pages. A product I had no use for at five years old, but I knew it existed – like most people, we had one of those big yellow books stuffed in a kitchen cupboard. (Abbott Mead Vickers.)

Do you know what else I used to love saying? “Accrington Stanley? Who are they? Exactly!”
Oh, that accent. I still love listening to it.
Football did – and does – nothing for me, and I wasn’t much interested in milk either, but I loved that ad for those three sentences. I’d say them all the time and have no idea what I was saying, but it sounded fun. It was fun. (BMP Davidson Pearce.)

Same goes for “‘An ology”.
Maureen Lipman played a proud and loving grandma (she was younger than I am now at 43) back when BT ads were brilliant. Beattie (get it? So good) sounded so funny and said funny things that again, I liked to repeat. And my family would laugh at me like I laughed at her. (J. Walter Thompson.)

So it’s clear I liked an ad with words that sounded good to say or sing.
Here’s another, but this one has a dance too.
This Kwik Fit ad was so entertaining.
Another word I wouldn’t have said at 11 years old, but saying ‘fun’ every time is getting very repetitive.
It’s showing a theme though, isn’t it? I liked ads that were fun. (Halls.)

Around ten years after seeing JR Hartley in the Yellow Pages ad, this Werther’s Original ad came out. And I liked it.
I wonder now if I liked it because the nice man was just like the other nice man.
At the time, I liked it because it was like watching my nice grandpa give my brother sweets.
We had really nice grandparents who we were close to. Actually, Maureen Lipman’s Beattie wasn’t too far off what my grandma was like.

Later, those Gold Blend ads were good, weren’t they?
Like a romantic drama, but ad-sized. I liked that each ad continued the story – I don’t remember any other ads doing that. And it was all so grown-up and glamourous. (McCanns.)

I probably liked the Milk Tray ad for similar reasons.
It was more like an episode from a drama than an ad.
I suppose that’s what people mean when they say the ads used to be better than the TV shows. And if I liked the word, I’d say something about storytelling, but I would never have said that back then. I might’ve just said I liked the story. (Leo Burnett.)

So what has all this told me? That I liked ads with words, and ads that told a story. And that ads with catchy phrases and songs sink into the mind and stay in your memory for over 30 years and counting.
My husband just asked what I’ve been writing. I told him, and I told him the ads I remember liking before I knew what I was supposed to like.
He noticed that none of them were for toys – things kids were supposed to like.
Which reminds me of the Toys R Us ad – every kid remembers the song, don’t they? I still remember all the words.

I didn’t like the ad though.
And it’s odd that I can’t remember any ads for the toys I liked, like Care Bears or Barbie, so I’m off to look them up.

1 response to WHAT I LIKED before I knew what I was SUPPOSED TO LIKE – Vikki Ross.