If you lived in Britain in between 1937 and 1958 there’s a reasonable chance you were spied on.
It wasn’t called spying, it was called Mass Observation. 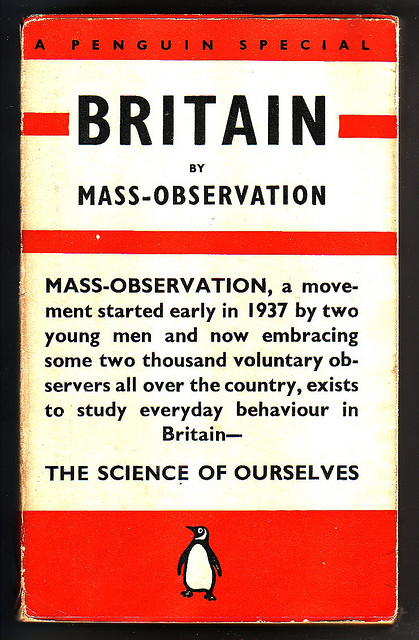 Armies of clip-boarded volunteers quietly observed Britons, recording their behaviour in the most minute detail, unearthing invaluable insights on our society.

Like this one, “the average time taken to drink half a pint of beer in pubs on a November Saturday night in Brighton in 1938 was 7.3 minutes.” (It also discovered that pints were drunk slowest on a Tuesday evenings and fastest on a Friday evenings. Gold!)

Their many polls helped us understand areas of human behaviour that had previously confused us, like ‘What keeps couples together?’ (It turned out that “Liking your partner was the top factor. (61%)”. (In real life, not on social media.)

They answered the questions nobody was asking, like exactly how popular is the ‘Lambeth Walk?
It noted that it was ‘so popular that you could find people doing the Lambeth Walk in Mayfair ballrooms, suburban dance-halls, at Cockney parties and village hops. An observer who visited the Isle of Arran noted its popularity there, while another observer reported that it caused a stir in the dance-halls of Prague”.

Arguably, the world wouldn’t be in such great shape today without the benefit of this kind of insight.

Inspired by this, I thought I’d do a bit of Mass Observation of my own.
Well, not mass, targeted; ad folk.
And actually, when I say ‘I thought’, I mean ‘my mate Parv thought, and asked me to help’.
Together, we’ve been scraping data from the movers and shakers across all areas of our industry; Directors like Juan Cabral, CCO’s like Nils Leonard, Editors like Paul Watts, Bloggers like George Tannenbaum, Producers like Chalkley and Sirs like Sir John Hegarty.
The list goes on.
We’ve put out about 40 so far.
Already it’s bearing fruit, offering valuable insights that may give clues and guidance as to where our industry is heading:

3. As an industry, we’d choose Joe Exotic over Donald Trump to handle the response to the global Covid-19 pandemic.

4. Every time Tim Riley forced into isolation, he chooses to read Camus.

5. It was agreed (unanimously) that Michael Jordan was really good at basketball.

6. Media types drink like crazy at the beginning of pandemics, but then take control, eventually drinking less than before.

9. Nobody wants to go back to working as they did previously, (a mix of home and office is coming through strongly).

It’s called Wave+Dave.
It’s posted daily.
It can be found on Spotify, Soundcloud, iTunes and your local podcast dealer.

Look out for the pink squares on social media!
E.g. 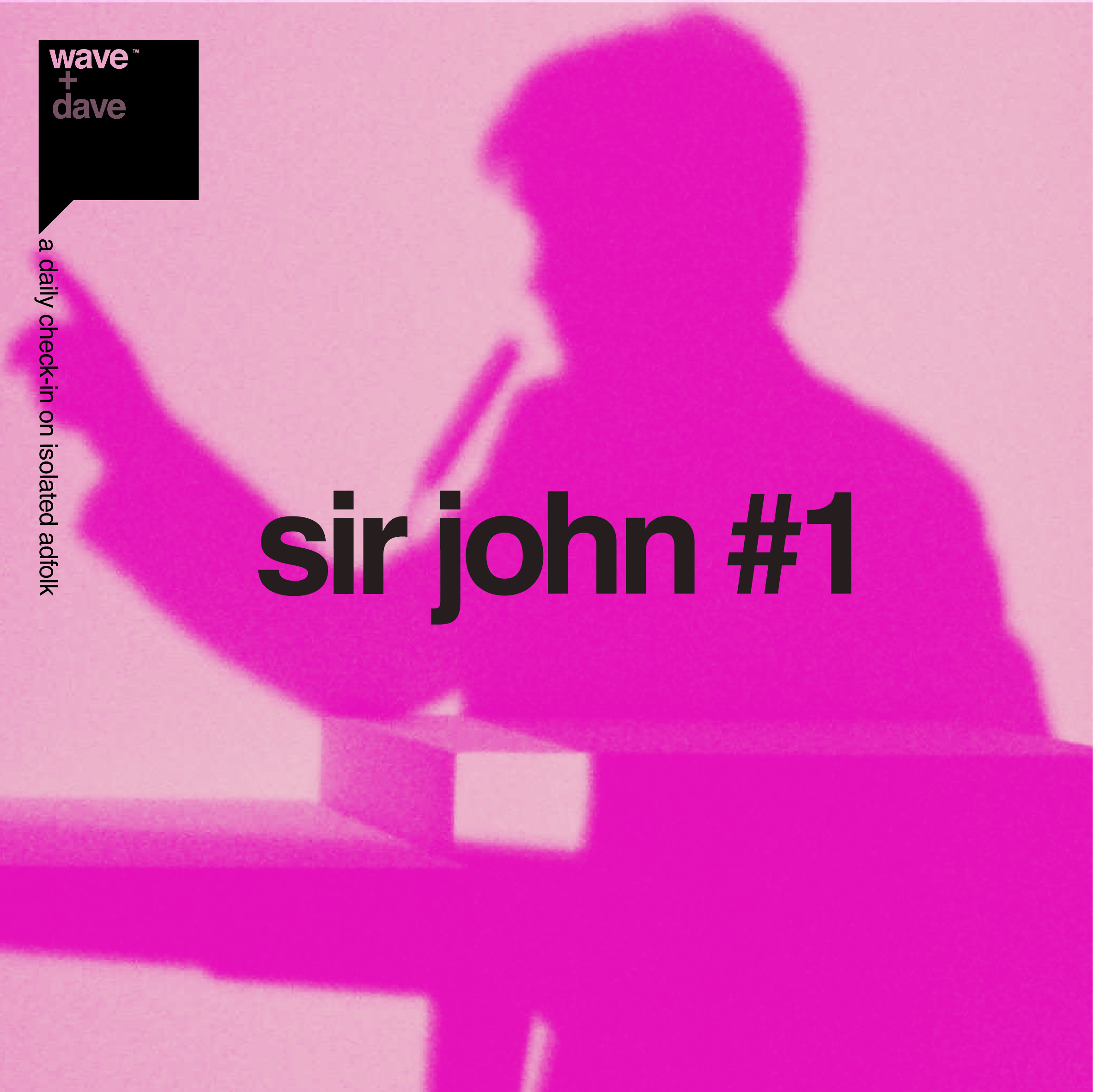 1 response to WHAT THE HELL ARE WE DOING?