Advertising is like kryptonite to us human beings.
Just as our instinct kicks in to ensure we don’t look directly at the sun, we now do the same when advertising appears in our peripheral vision.
We know it’s there; jumping up and down desperately trying to get our attention, but we manage to shield our eyes from it.
Like everything else, the internet can throw us a bit of data on this – last year, ‘25.8 percent of internet users blocked advertising on their connected devices’.
Obviously, that number doesn’t include our own in-built adblockers.
What percentage of advertising that never even gets seen would we get to if we added those?
Then, we have the small percentage that does get seen.
Owners of the eyeballs that have seen it  report back that’s dull, patronising, irritating and not to be trusted.
Is this confined to the internet?
Lordy, no.
Tv, outdoor, radio, anything that comes under the heading of advertising is likely to be judged in the same way.
One of the issues is that the human nose has evolved to the point where it can smell bullshit a mile off.
It’s not a nice smell, so that’s a problem when it comes to us folks in advertising.
They’re on to us.
They know we’re trying to get them to buy things.
They know our claims aren’t to be trusted.
They’ve seen it all their lives.
So putting out ads full of half-truths and ‘overly optimistic’ claims about what a product will or won’t fool them.
We need to figure out new ways to talk to them.
Radical honesty is the obvious way.
A less obvious way may be extreme lying.
Using a brand spokesman who could not be trusted.
Not the obvious solution.
Imagine presenting that idea to your brand new car client?
Della Femina Travisano and Partners did just that for a me-too Japanese car brand called Isuzu.
For a tiny brand like Isuzu trying to break into a well-established market, the first goal is to get onto people’s radars.
So it helps to run advertising that is:
1. Unusual – so it stands out from the competitions.
2. Tied to your brand name – because people may never have heard of it before.
3. Entertaining – because smaller budgets mean less airtime, so you need people to want to watch it.
Introducing Joe Isuzu. (Superbly played by David Leisure.)
Everything that came out of his mouth was a lie.
Within a year sales had gone up 16%.
In the process, Joe, and therefore Isuzu, had became supremely famous.
Even turning up in ads for other brands like Burger King and AW Soda.
He started being referenced by politicians, Ronald Reagan compared Nicaraguan leader Daniel Ortega to Joe Isuzu, Michael Dukakis said “If George H Bush keeps it up, he’s going to be the Joe Isuzu of American politics” during the Presidential debates of 1988.
In 1993 Joe Isuzu was killed.
But, seven years later he was resuscitated for a couple of years.
In 2012, nearly 25 years after he first turned up, a Daily Finance poll voted Joe Isuzu 15th Top Celebrity Spokesperson of All Time and turned up in Mitt Romney’s 2012 presidential campaign.
Possibly most impressive of all, in 2016 a guy from Queens stole Joe Isuzu’s whole schtick and became President of the United States.

Next brief; don’t follow the footpaths, you’re more likely to stumble upon gold. 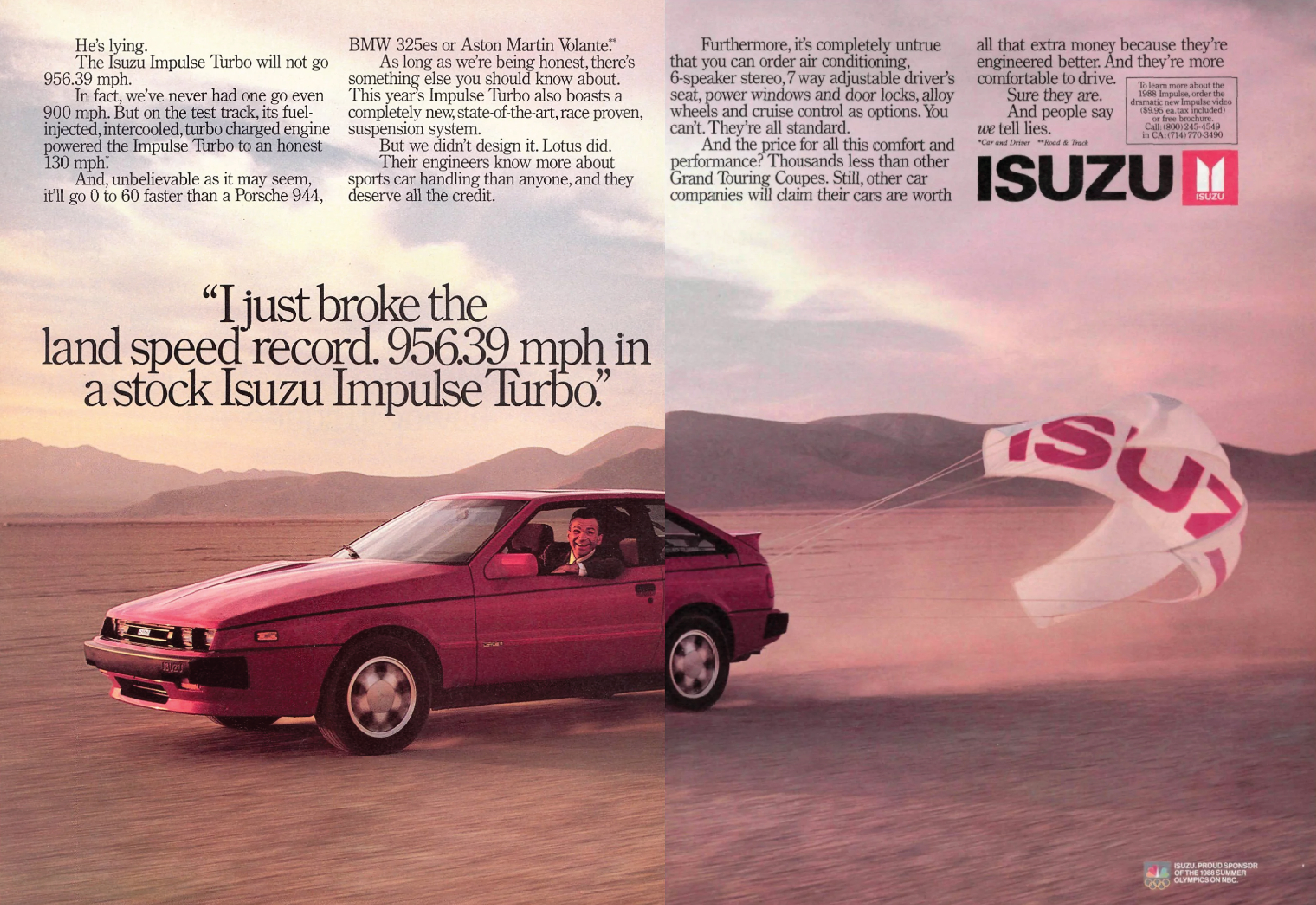 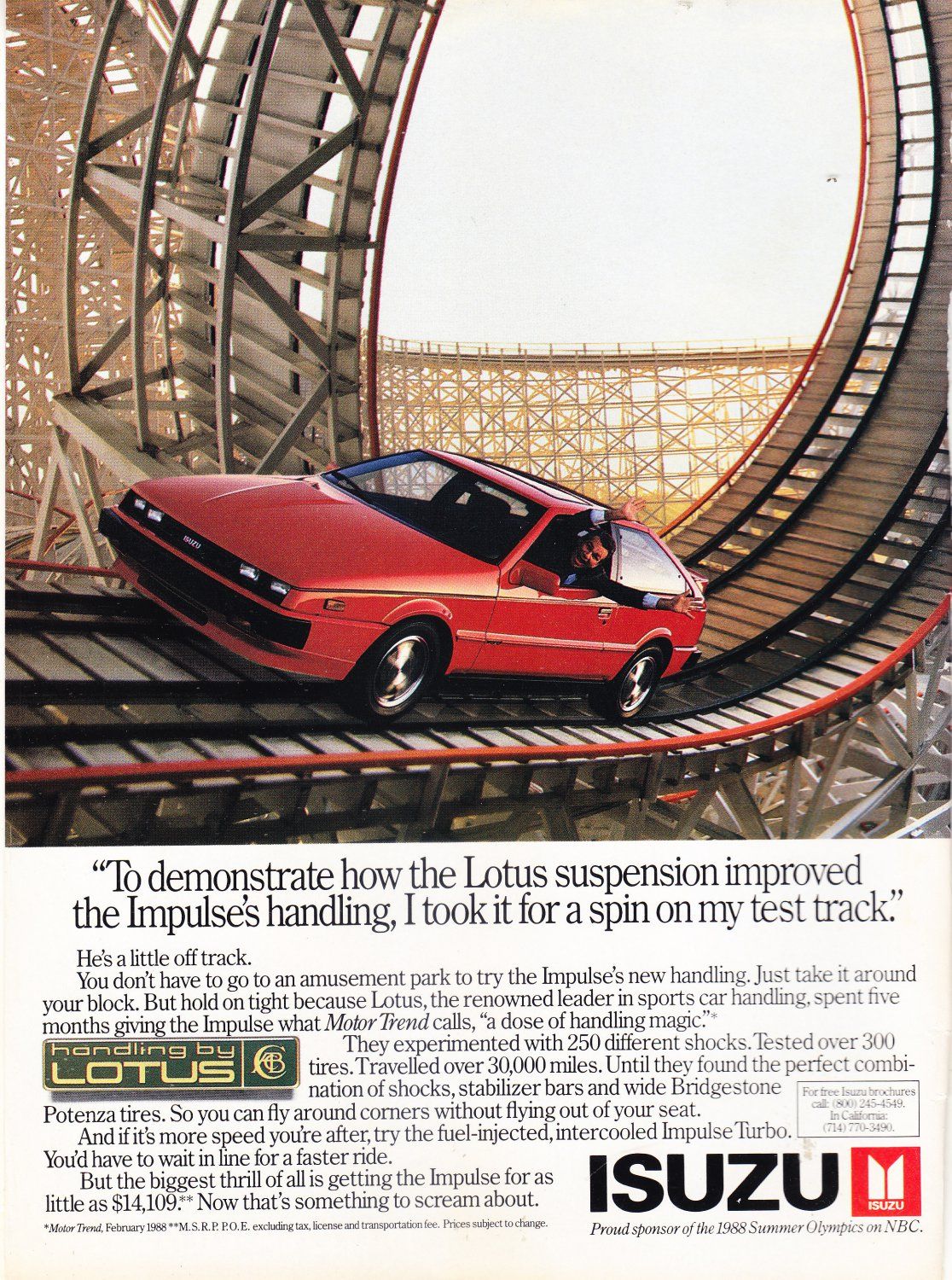 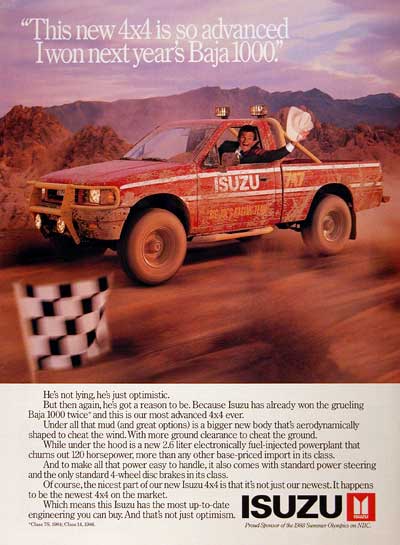 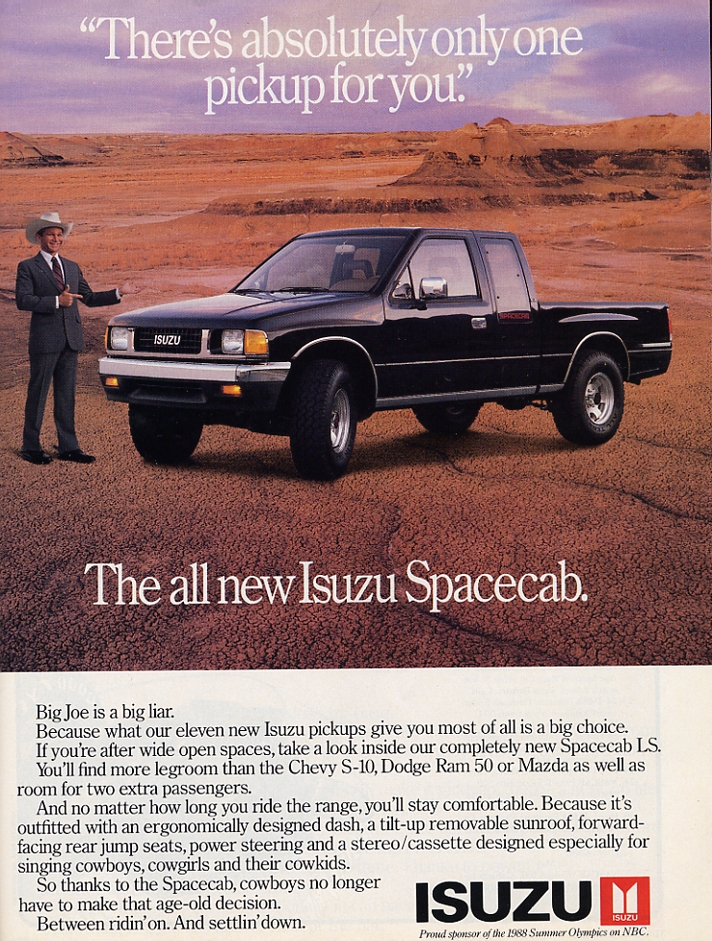 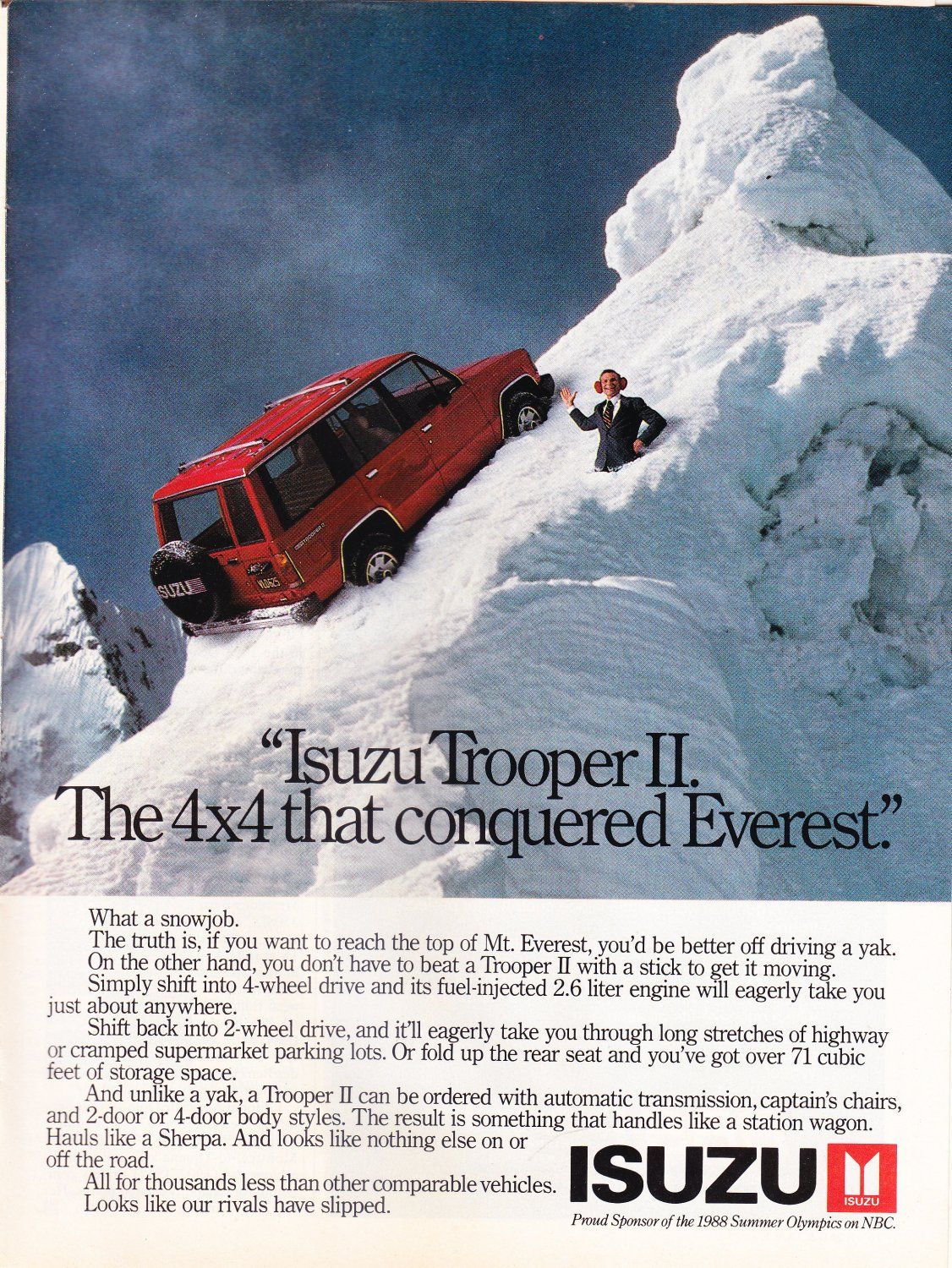 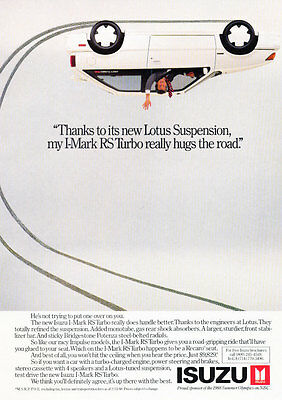 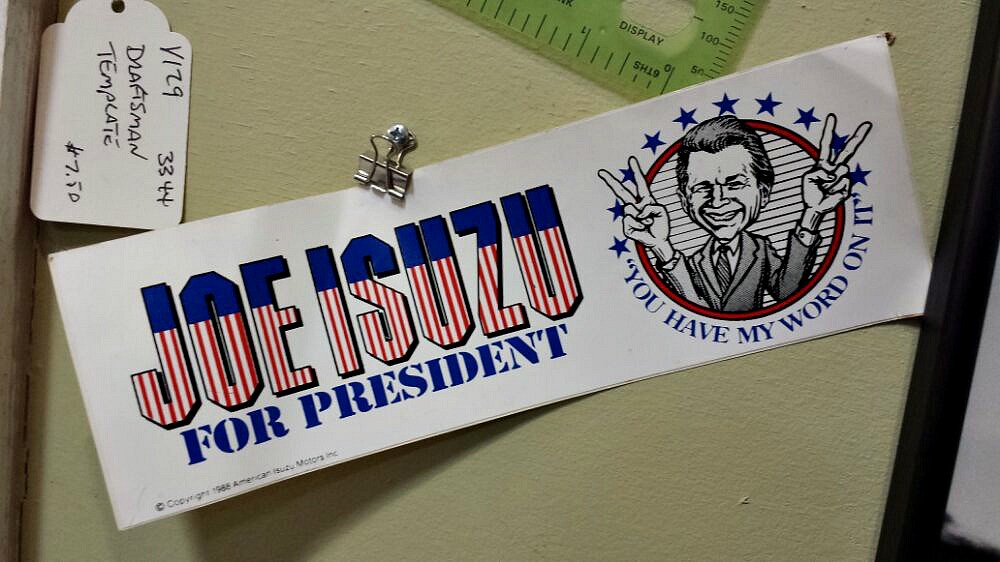 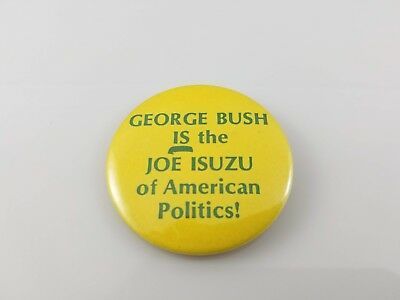