After the first post in this series a friend got in touch to say he liked it, but wasn’t that ‘built’ a bit of an exaggeration?
No.
Look at ‘Bill Bernbach’s Book – The advertising that changed the world of advertising’, written by Bob Levenson, a 30 year veteran, both writer and Creative Director. (When Creative Director meant head of all creatives.)
EXHIBIT A: The picture above, it’s from the cover of that book (women involved in all six ads featured on the book jacket).
EXHIBIT B: The picture below, it’s the contents page from the same book (11 of the 18 campaign’s chosen were written by women). 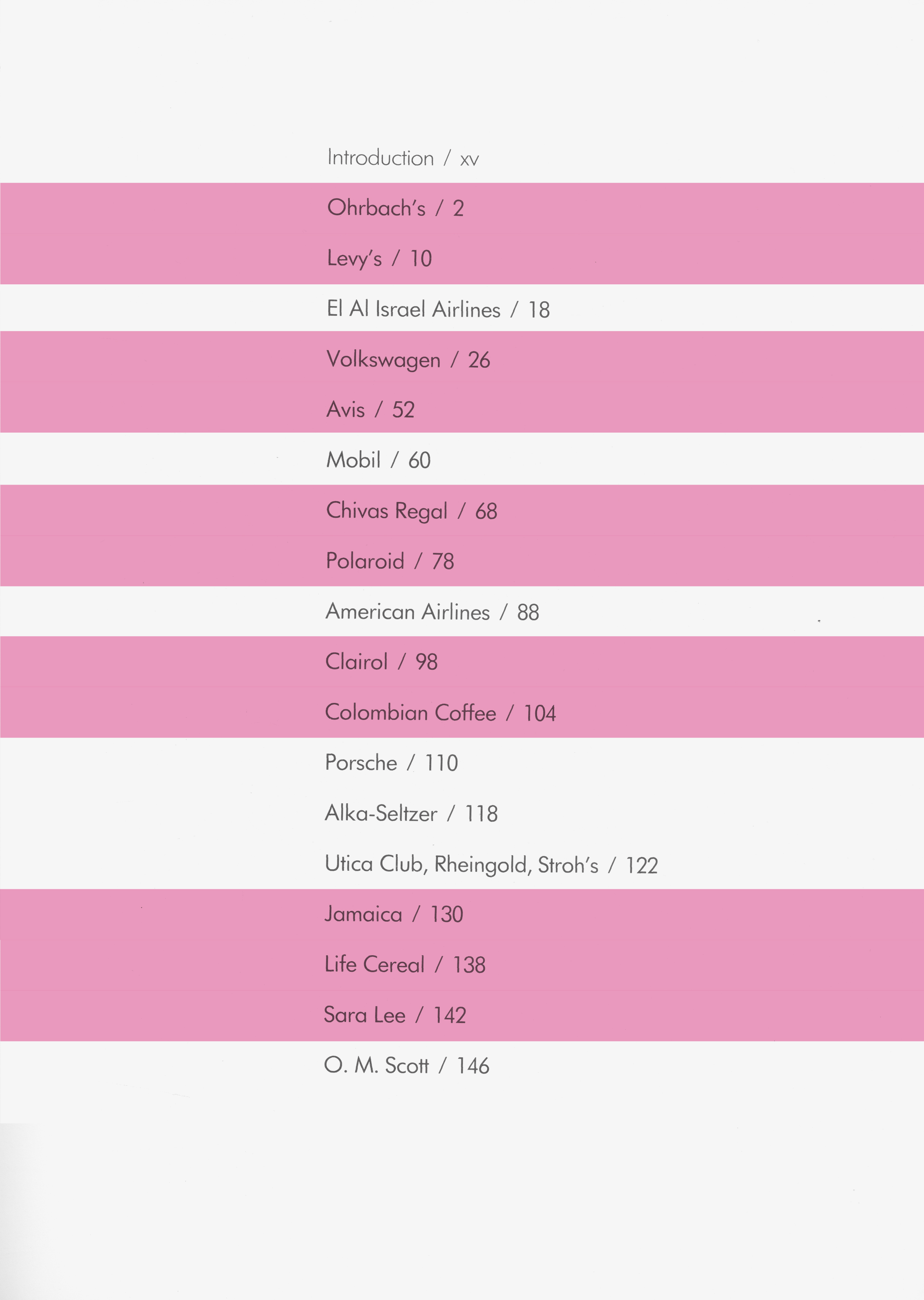 Not to say the women did it alone, (although they were all writers and generally the writers seemed to carry more sway than Art Directors in those days.)
But it was a better balance than any agency has today?
It raises two questions:
1. Why did it change at DDB?
2. Why have I never heard of of Rita Selden?
Most of these posts about individuals are a journey of joining dots.
‘I didn’t know that was hers’, ‘I’d forgotten he’d written that’, that kind of thing.
But Rita’s dots are huge.
It turns out she got the writer the first batch of great VW work, Julian Koenig, into DDB.
Amongst the roughs in that first batch was an ad that said ‘This one missed the boat’.
Rita suggested to Julian that it should simply say ‘Lemon’.
Julian loved the idea, his Art Director didn’t.
Only after being talked off the cliff by his previous writer (Bill Casey) did Helmut Krone come around to the idea. 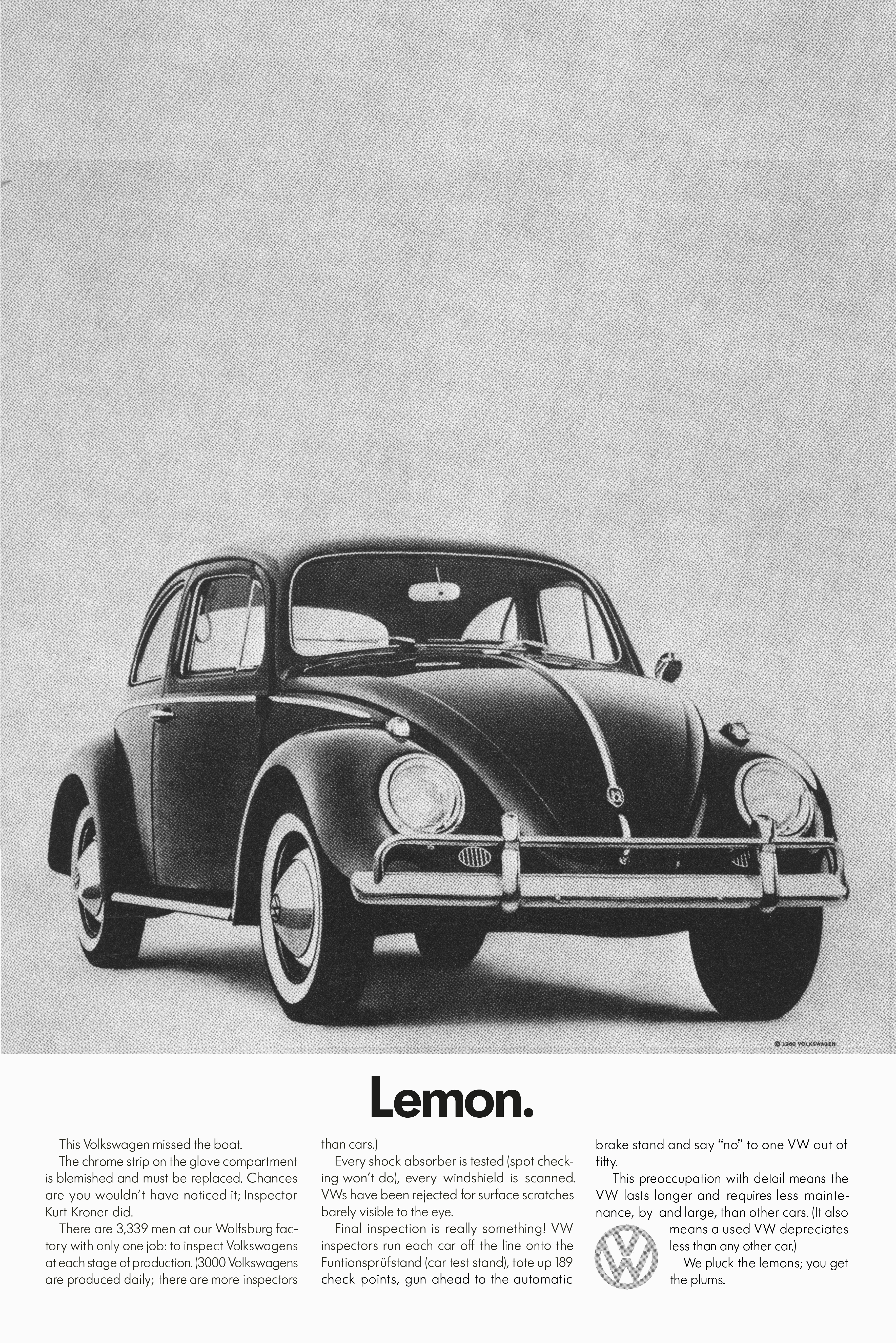 The word lemon was harsher back then.
One commentator at the time said only communist was a greater insult.
When the ad was presented to the client they didn’t like it, DDB offered to pay for it to run.
The compromise was to test it in research.
It was found the most persuasive ad VW had ever produced, so it ran.
Sixty years later, is there a more famous ad?
It’s still being spoofed today.
(I spoofed it myself once, 30 years after it ran, my friend was leaving Publicis to run the VW business, so Mike McKenna and I turned to their most iconic ad as inspiration for his leaving card.) 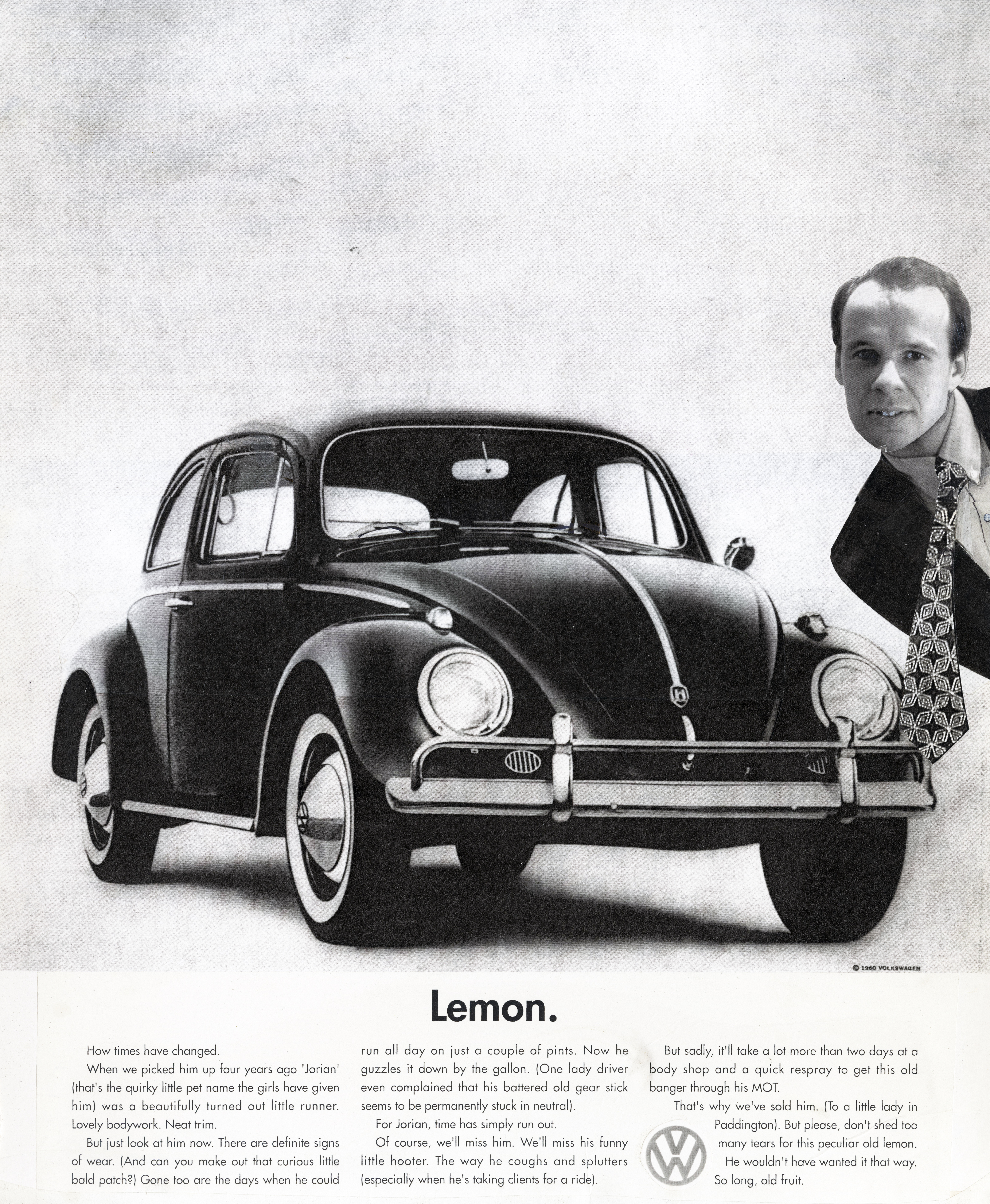 Would anyone have even remembered the Julian’s original run?
No. (I don’t think the ad below would’ve made it into the VW book, let alone folklore.) 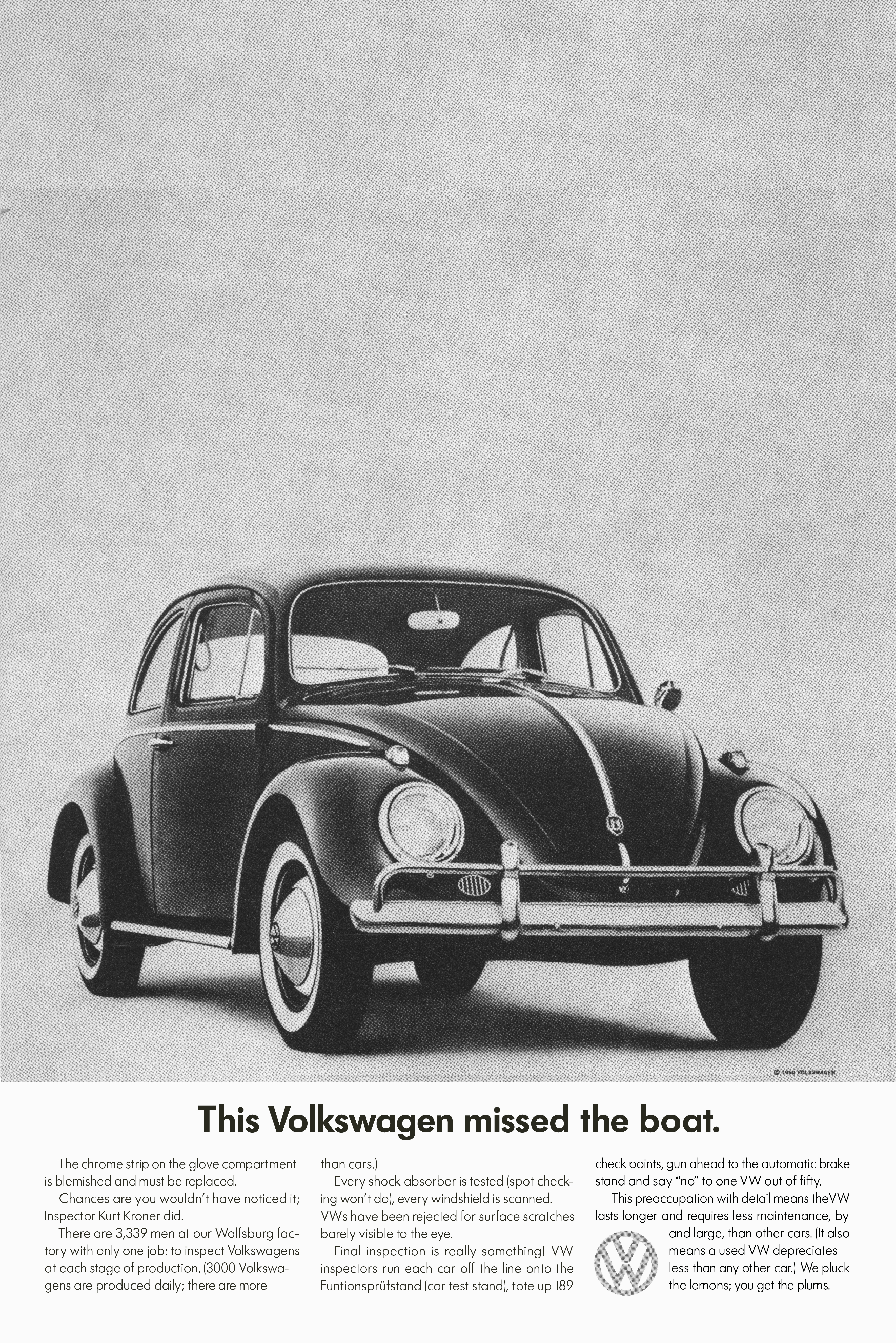 Or what about if DDB had listened to the client concerns and softened the ad?
(‘We love the single word approach, we like the fruit angle, we just wanted to lean into the world of positivity. Tell people what they can buy, not what they can’t.’) 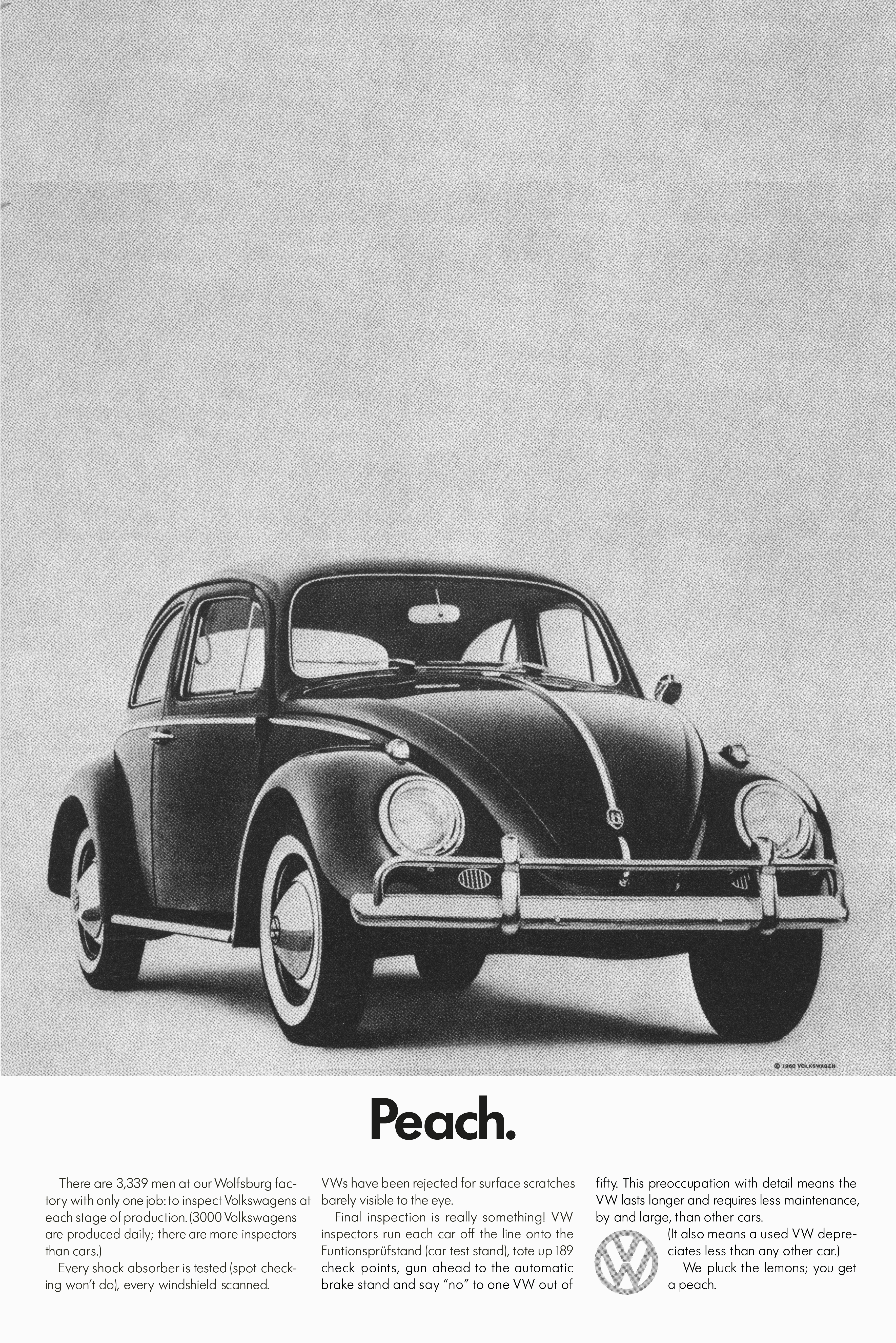 No.
Words are important, they don’t just carry meaning they set a tone.
‘Lemon’ represents what most of us in advertising aspire to do; produce provocative, honest work that assumes the public are smart.
That headline change of Rita’s is important.
If Volkswagen hadn’t dared to call one of their products bad, would Avis have dared to admit they they were only No.2?
Without VW and Avis would Hamlet have felt comfortable enough to parade such a long line of losers in their ads? Or Guinness; would they feel as confident to base an entire campaign on how bloody long you have to wait for their product to be poured?
Who knows?
But Rita’s suggestion is bigger than just a headline change, it’s also an attitude change.
‘Missed the boat’ is gentle and charming, ‘Lemon’ is punchy and provocative.
Which brings me to another of her ads. 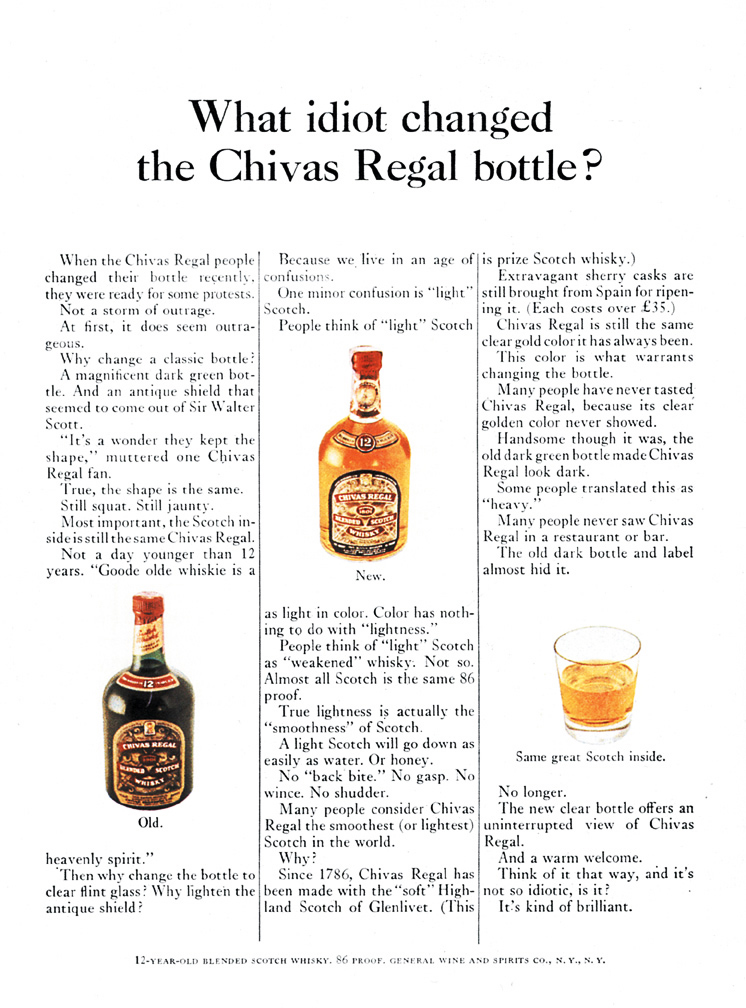 It turns out that Rita wrote the ad above, another punchy classic.
She, along with Art Director Bert Steinhauser, also created the Chivas campaign.
You can’t look at ad above without thinking of the endless suggestions that must’ve been made to tone it down a fraction. (‘Idiots’? Really? Come on they buy whisky too. ‘How about ‘Which well meaning, but ultimately misguided staff member, changed our packing?’) 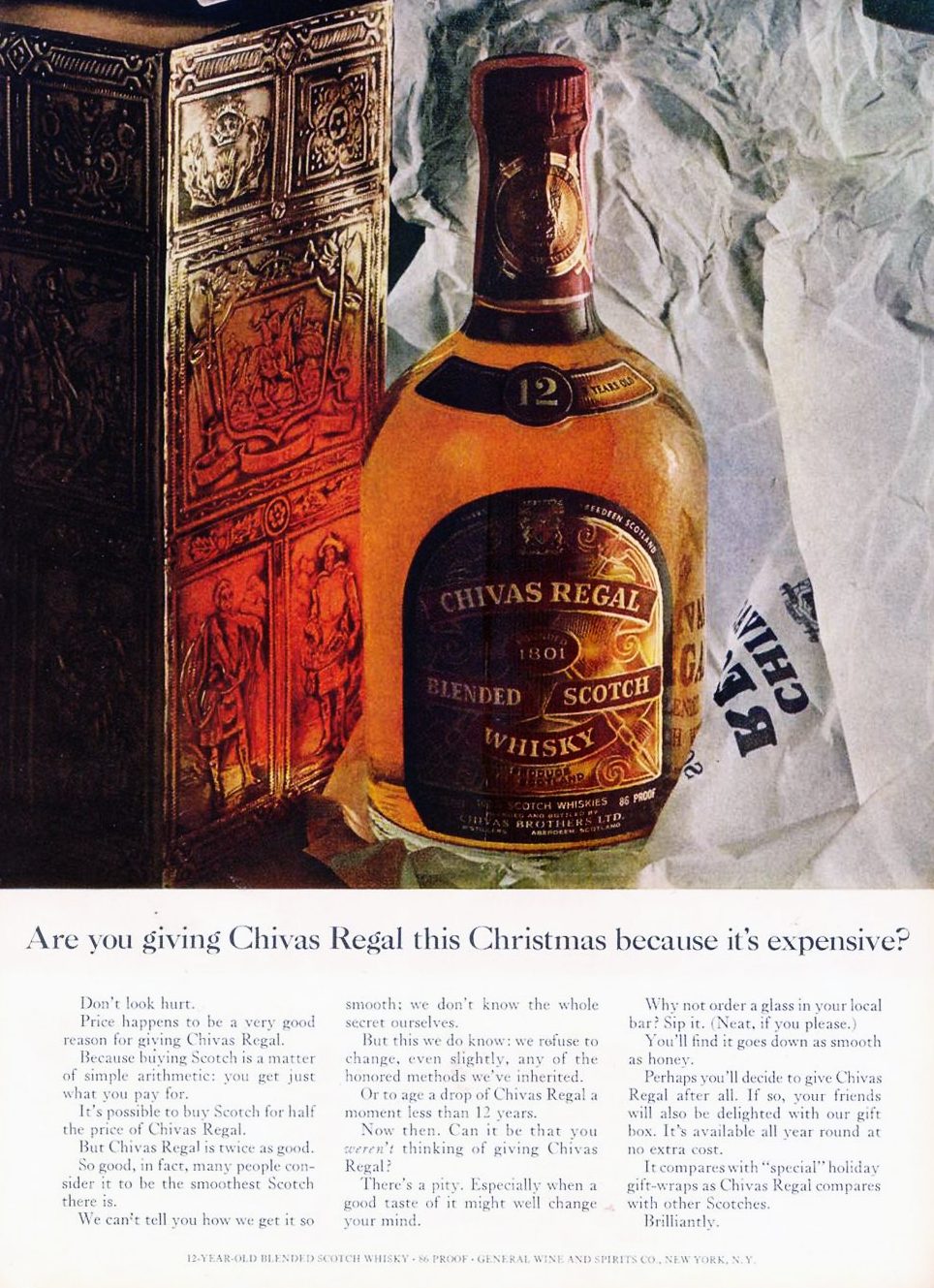 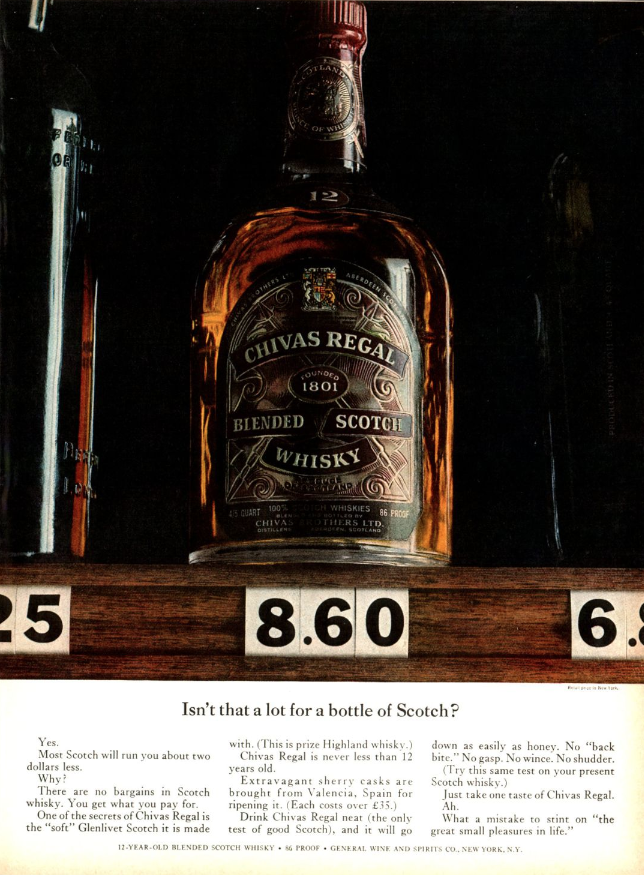 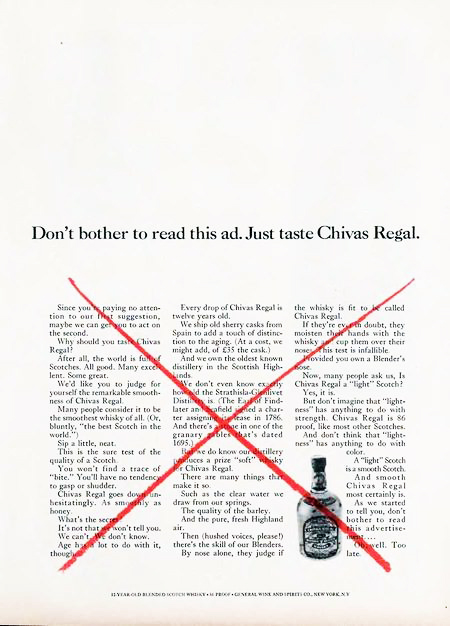 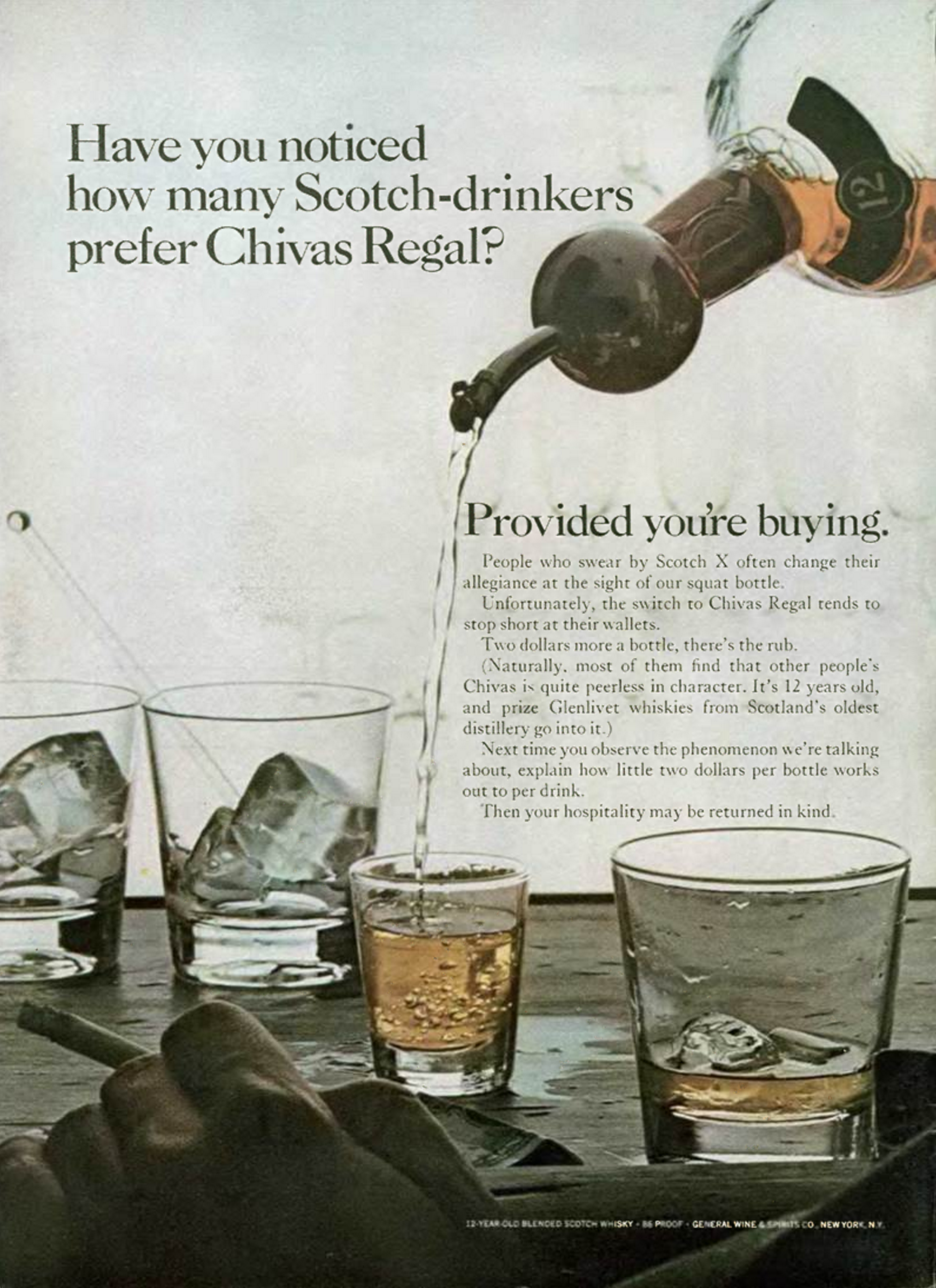 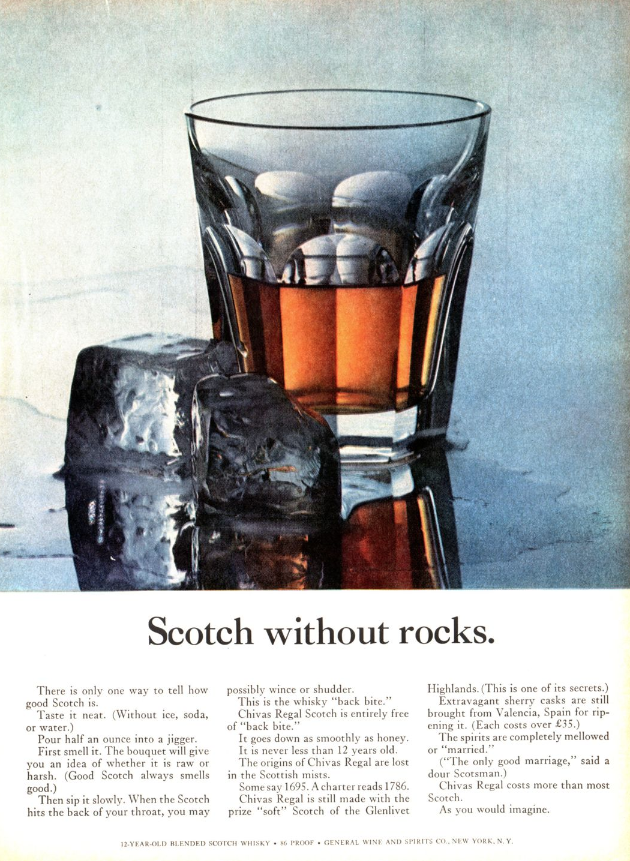 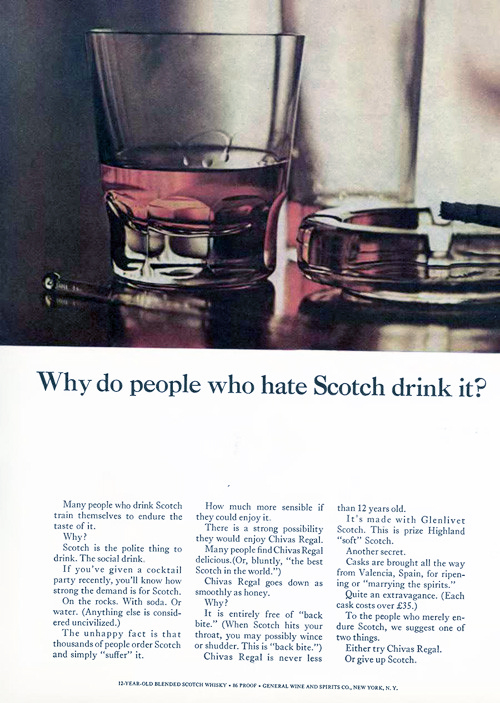 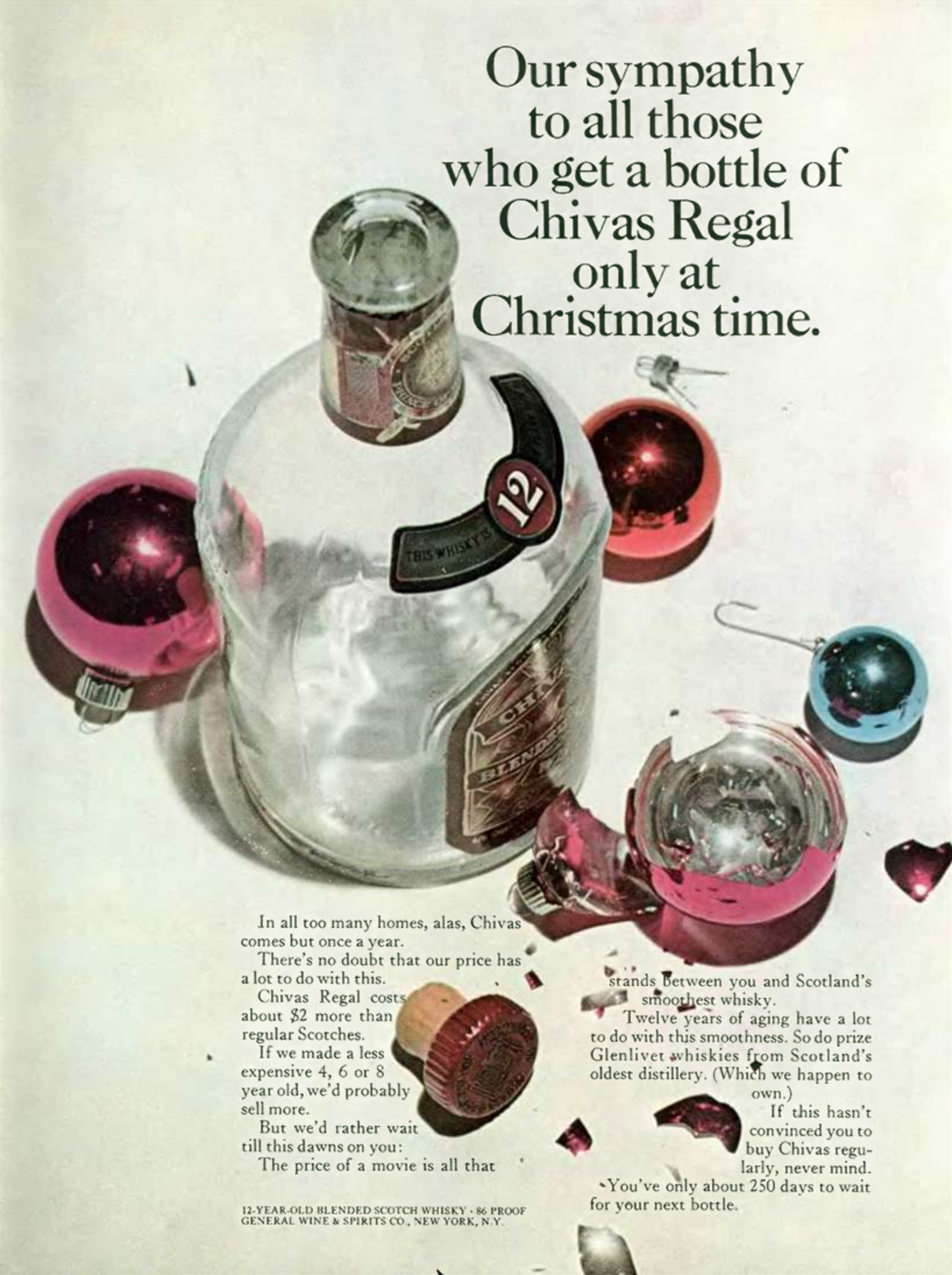 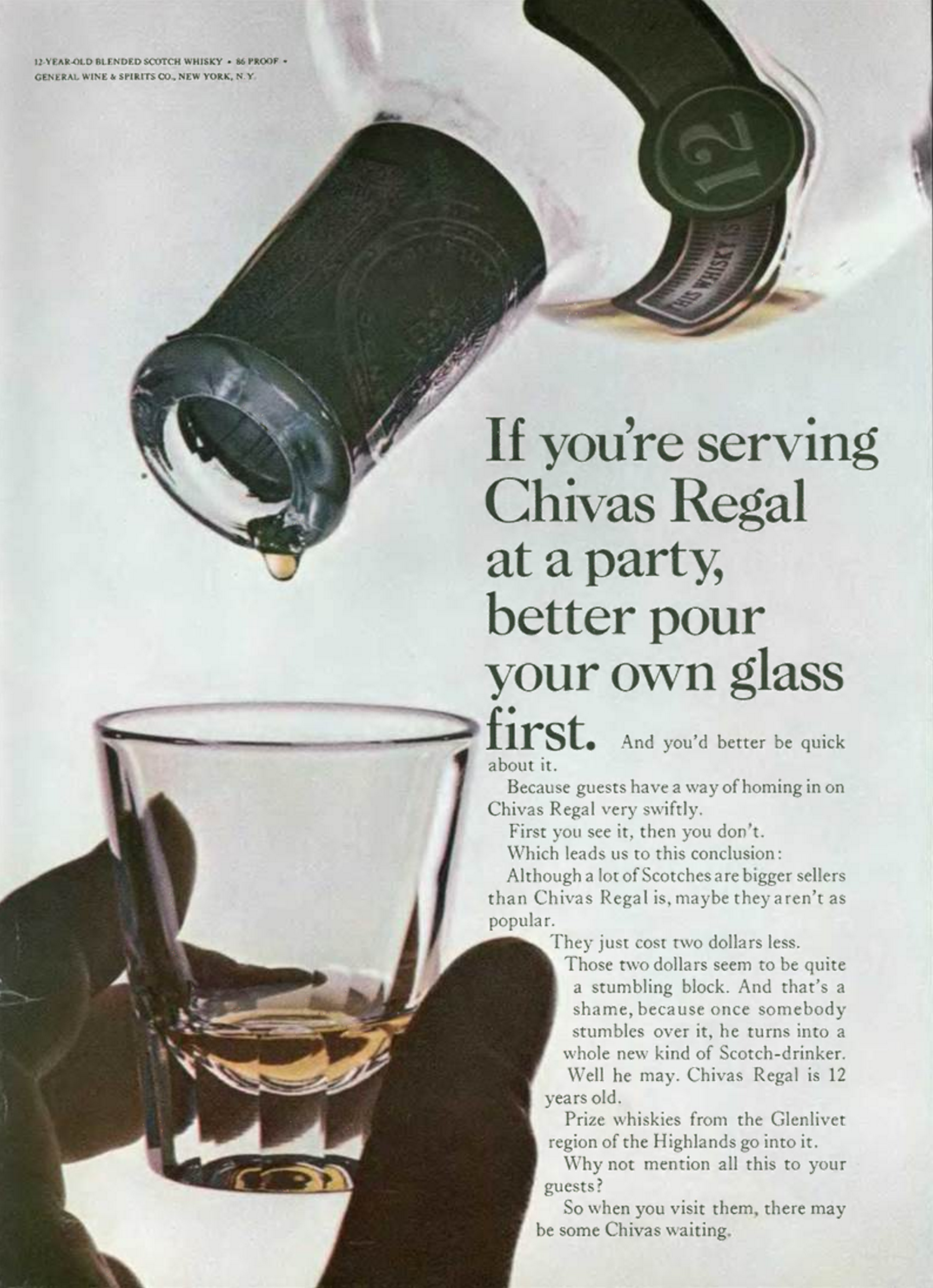 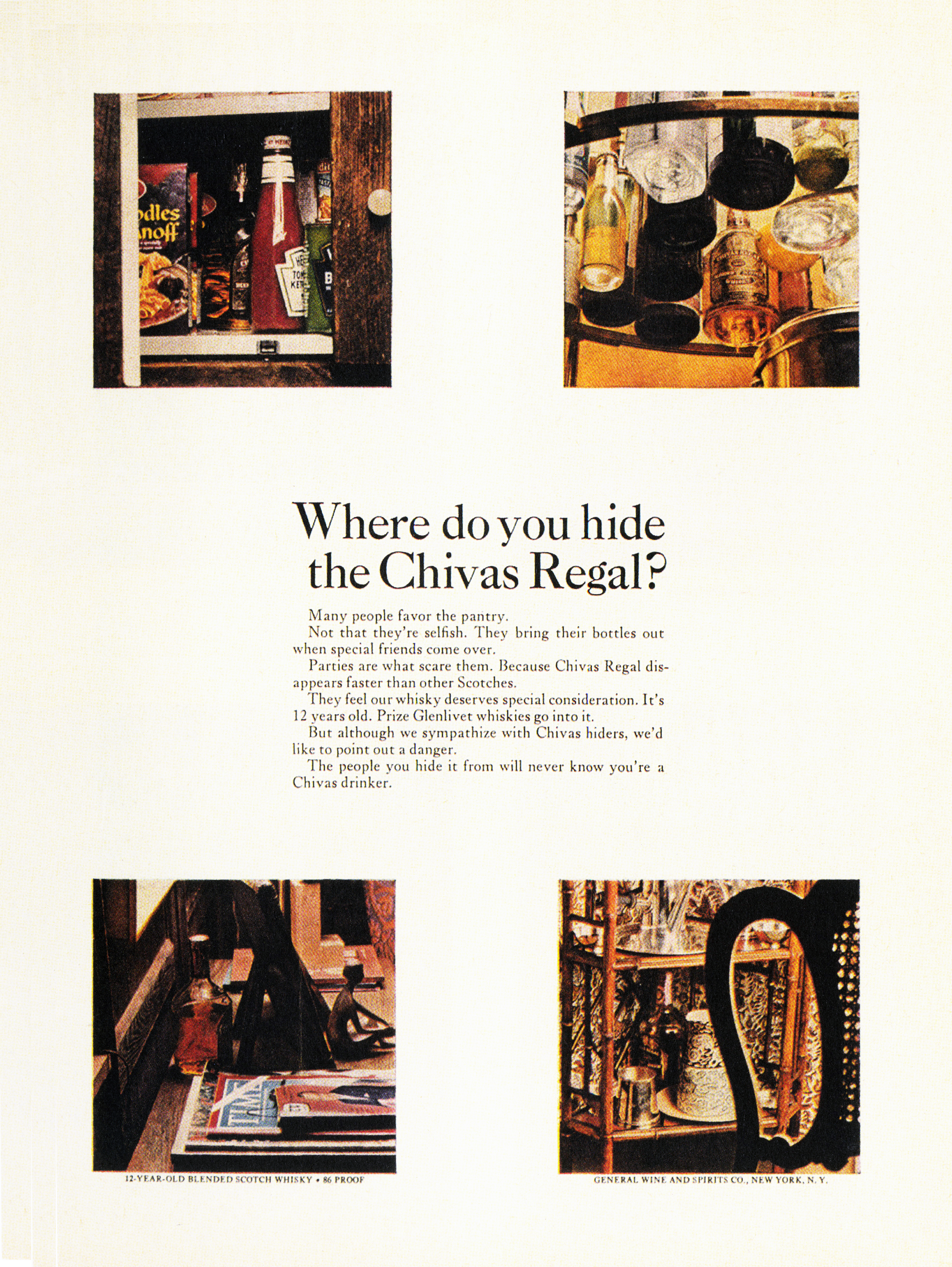 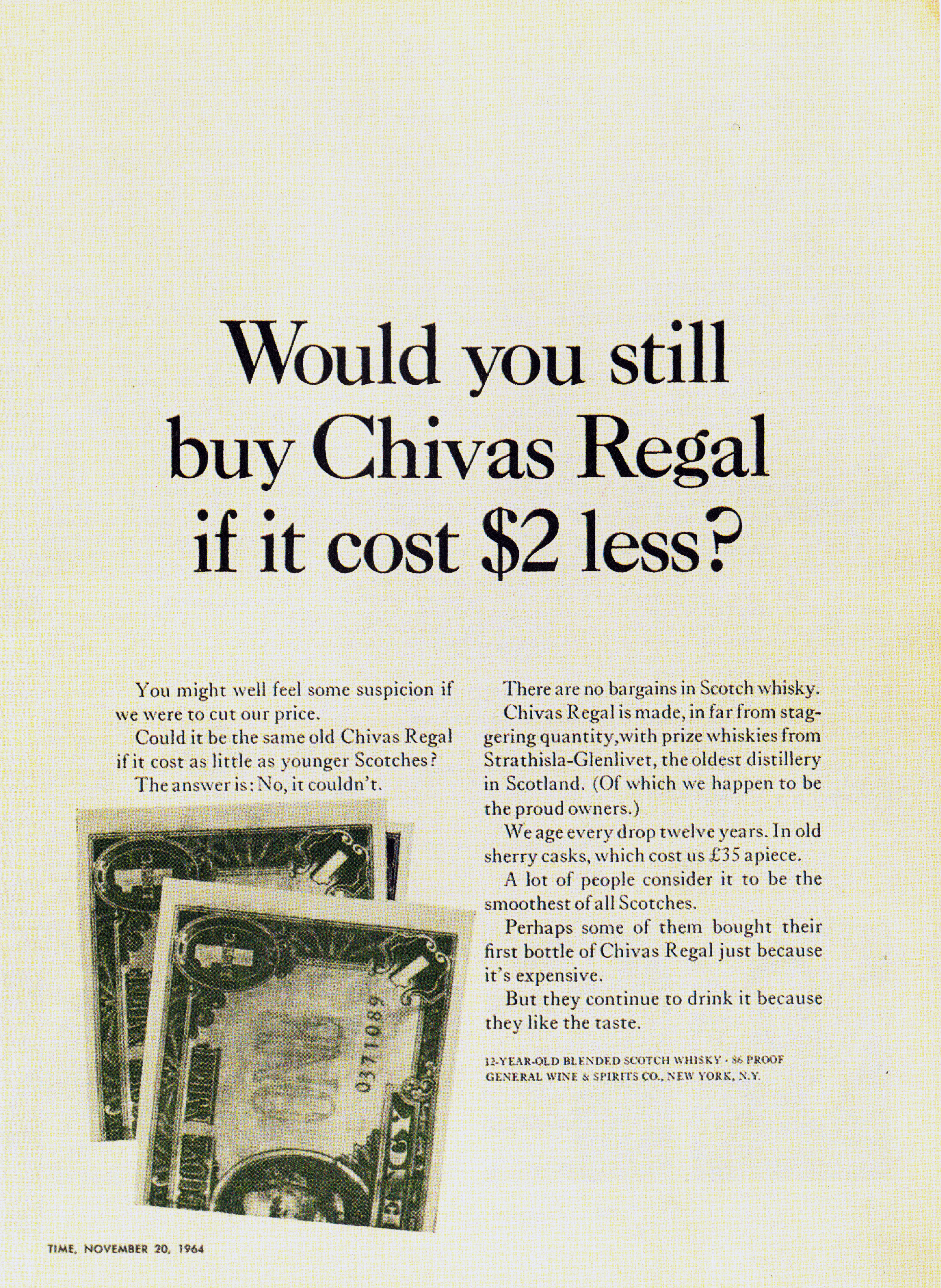 Rita also gave birth to Juan Valdez, star of the Coffee of Columbia campaign for 40 years.
Another classic DDB campaign. (Along with Helmut Krone.) 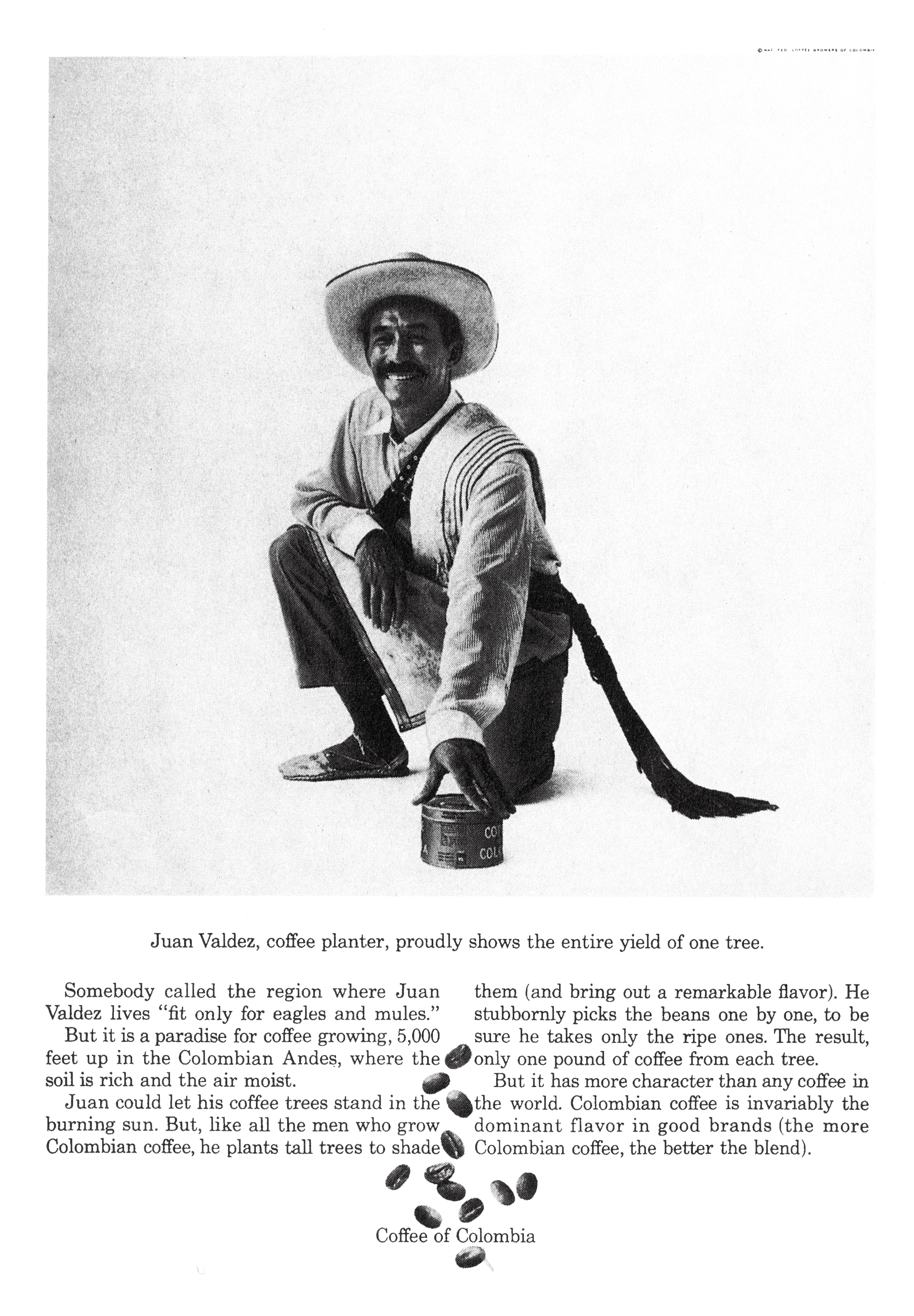 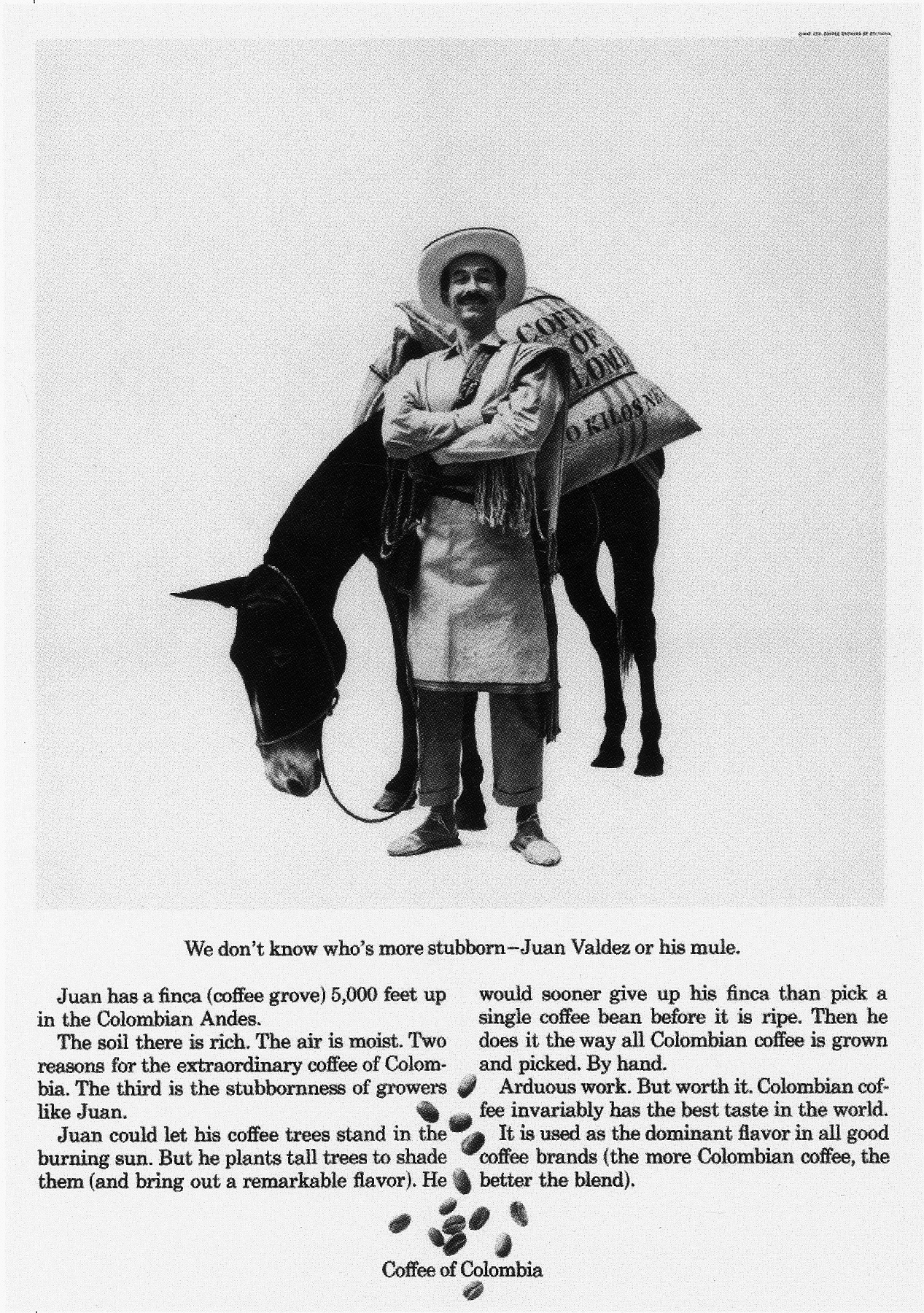 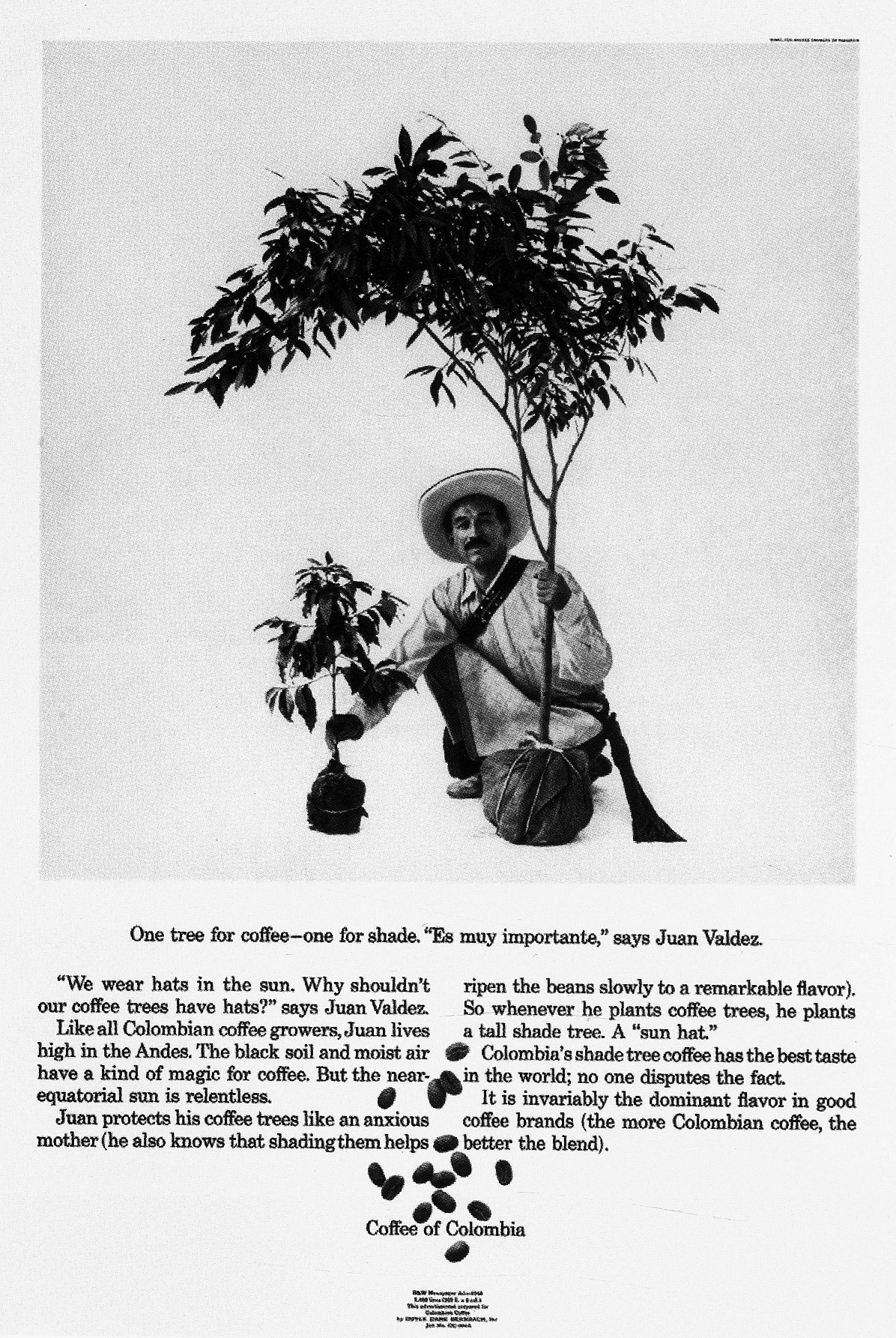 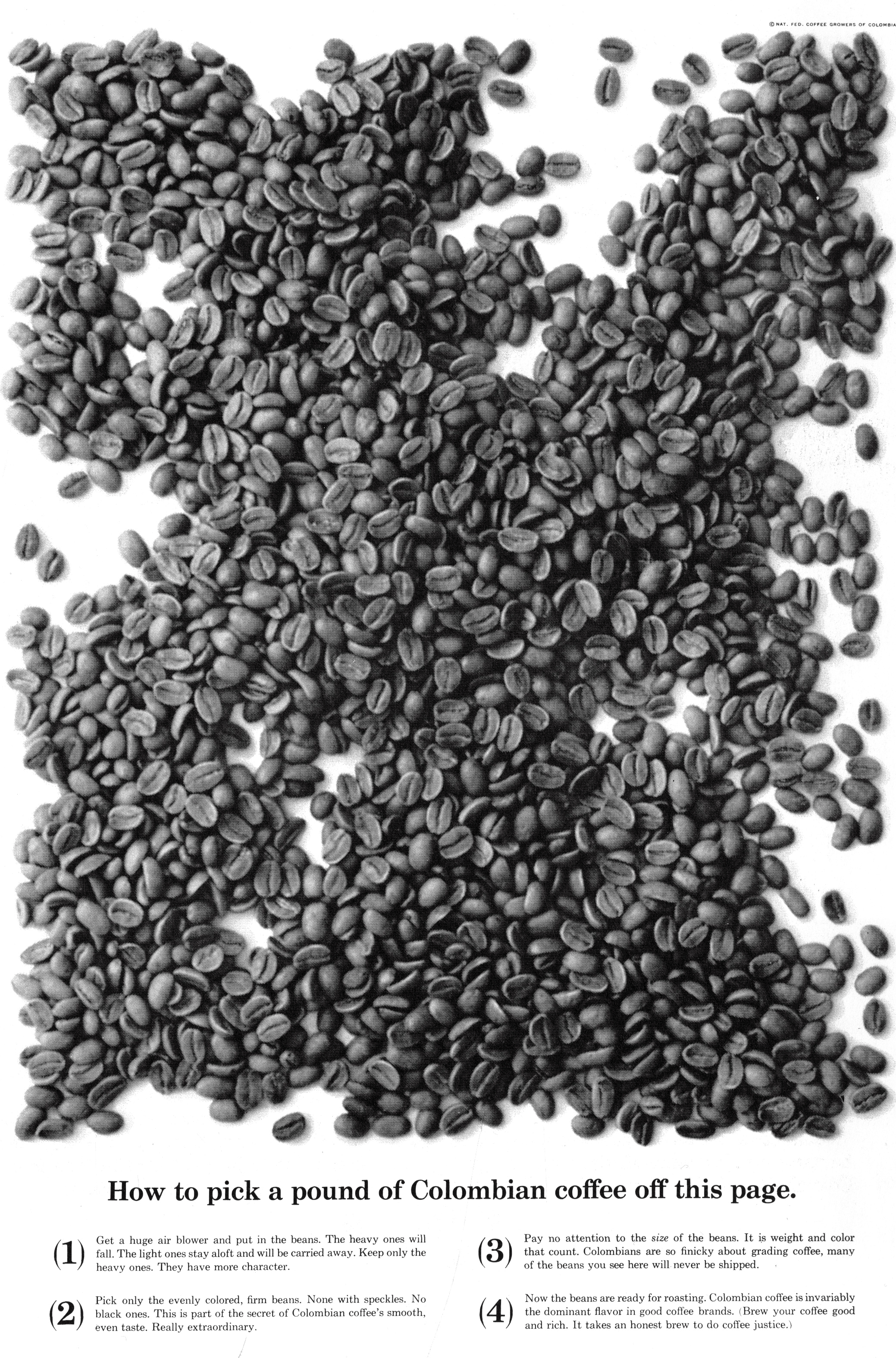 Sadly, these are the only two other ads I can find of hers. 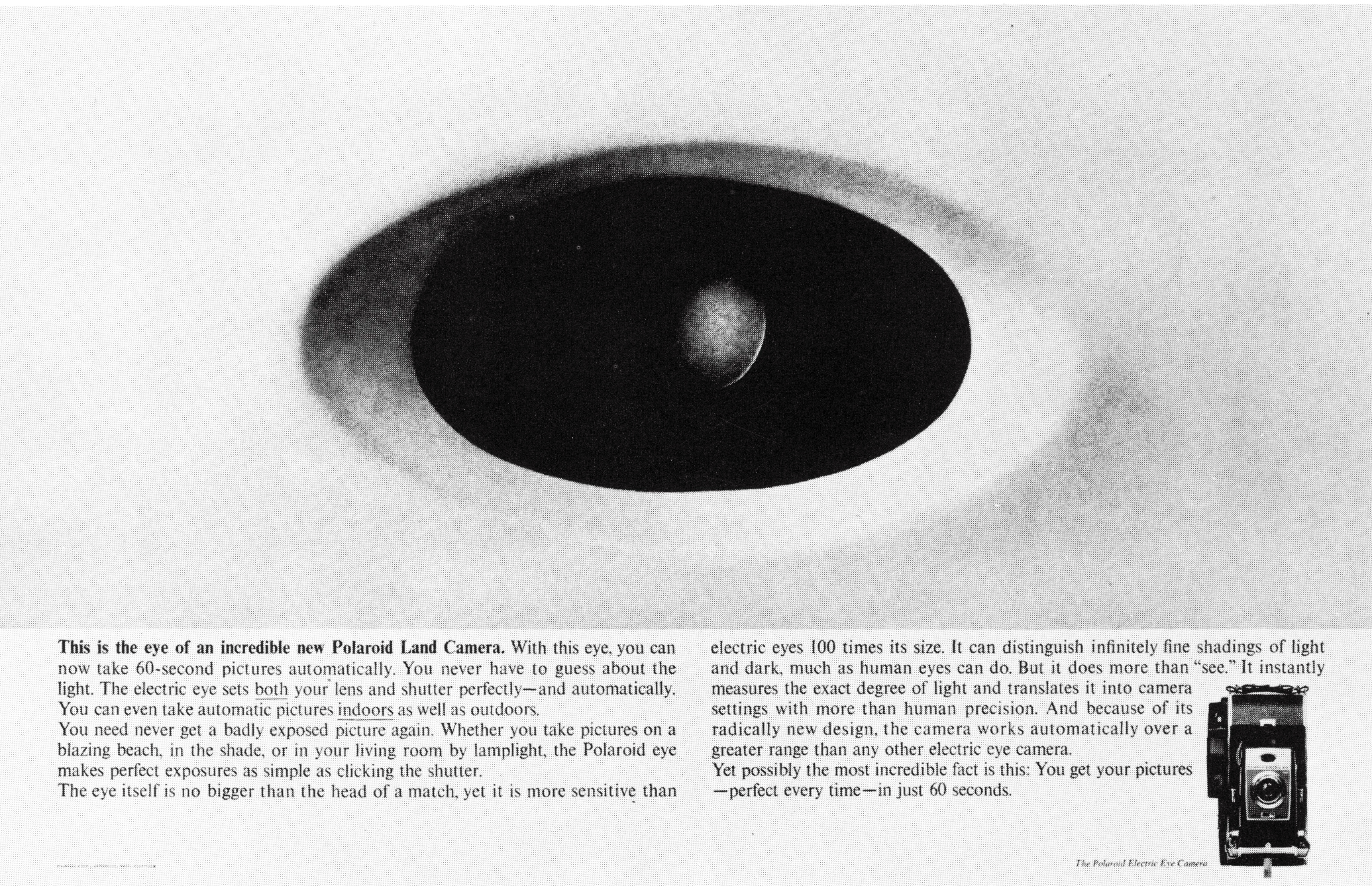 Which is annoying.
I know she did a Volkswagen Karmann Ghia TV ad in 1960.
And a ‘5 Day Deodorant’ ad in 1961.
But I couldn’t find any pictures of her or information except this:
She was in her fifties when working at DDB.
She sadly committed suicide.
Her niece is looking to write a book about ‘her glam aunt’, she remembers Selden once arriving at their Jersey Shore summer house in a yellow cab she’d hailed on Madison Avenue.

So if anyone knows any other work or information on Rita I could add, please get in touch. She deserves to be better known.

1 response to THE WOMEN WHO BUILT DDB, 4: Rita Selden