I chanced upon this whilst researching this series.
DDB News, 1966 – The Women’s Issue.
It’s an odd little thing; one minute it feels progressive, the next..not*.
(*Yes, I’m talking to you Legs Page.)
But it’s a useful snapshot of the environment the women I’ve written about were working in at the time.
Also, DDB would’ve been one of the most progressive agencies.
(See previous posts for details.) 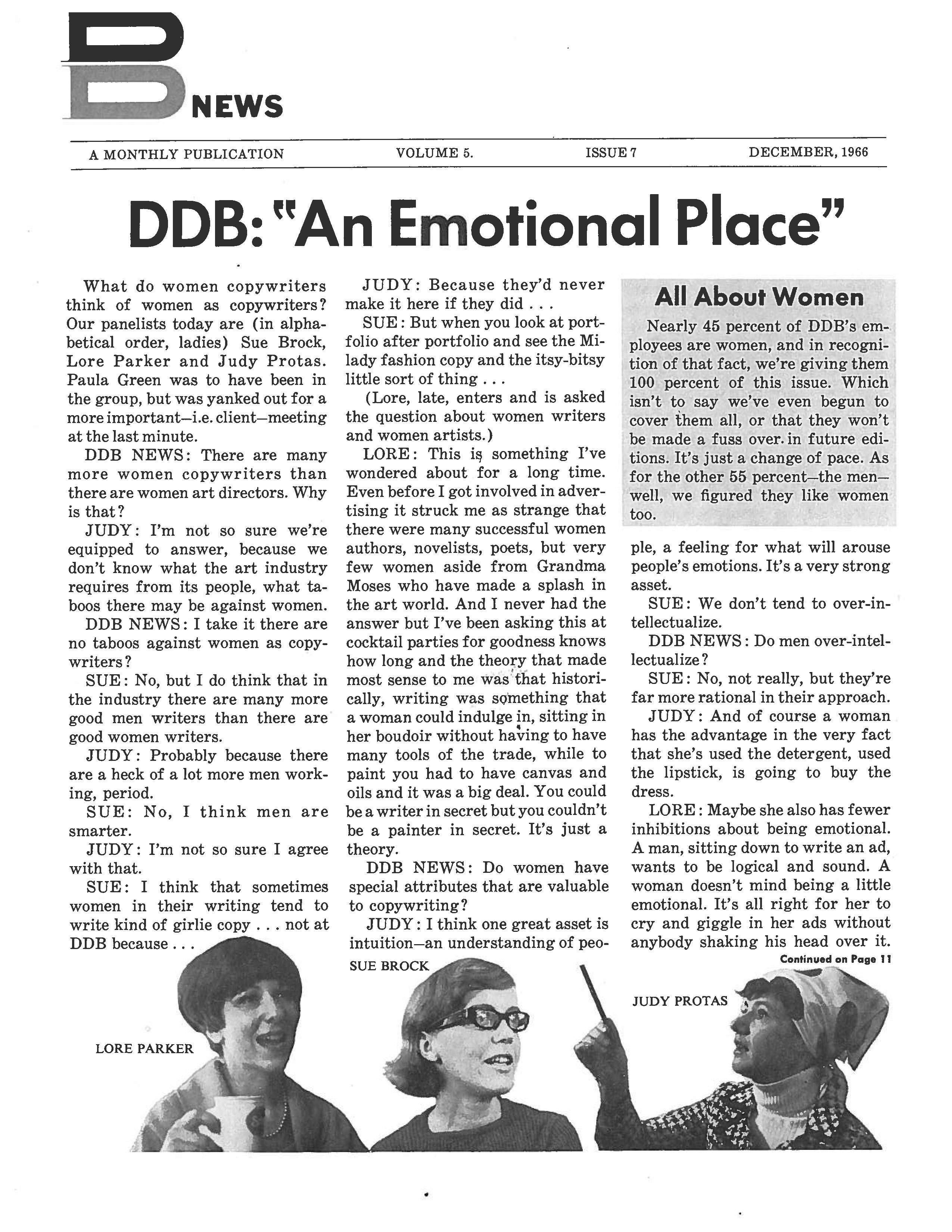 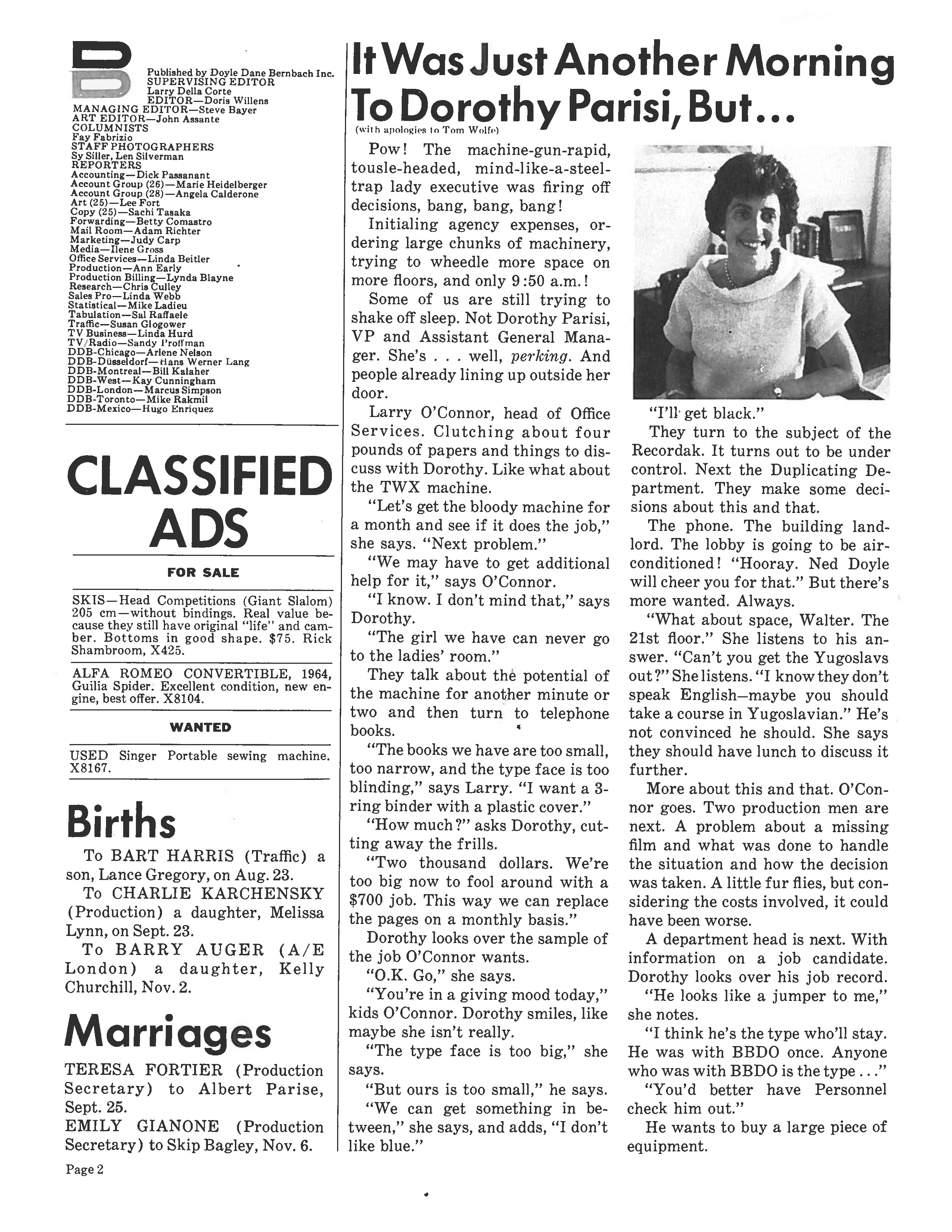 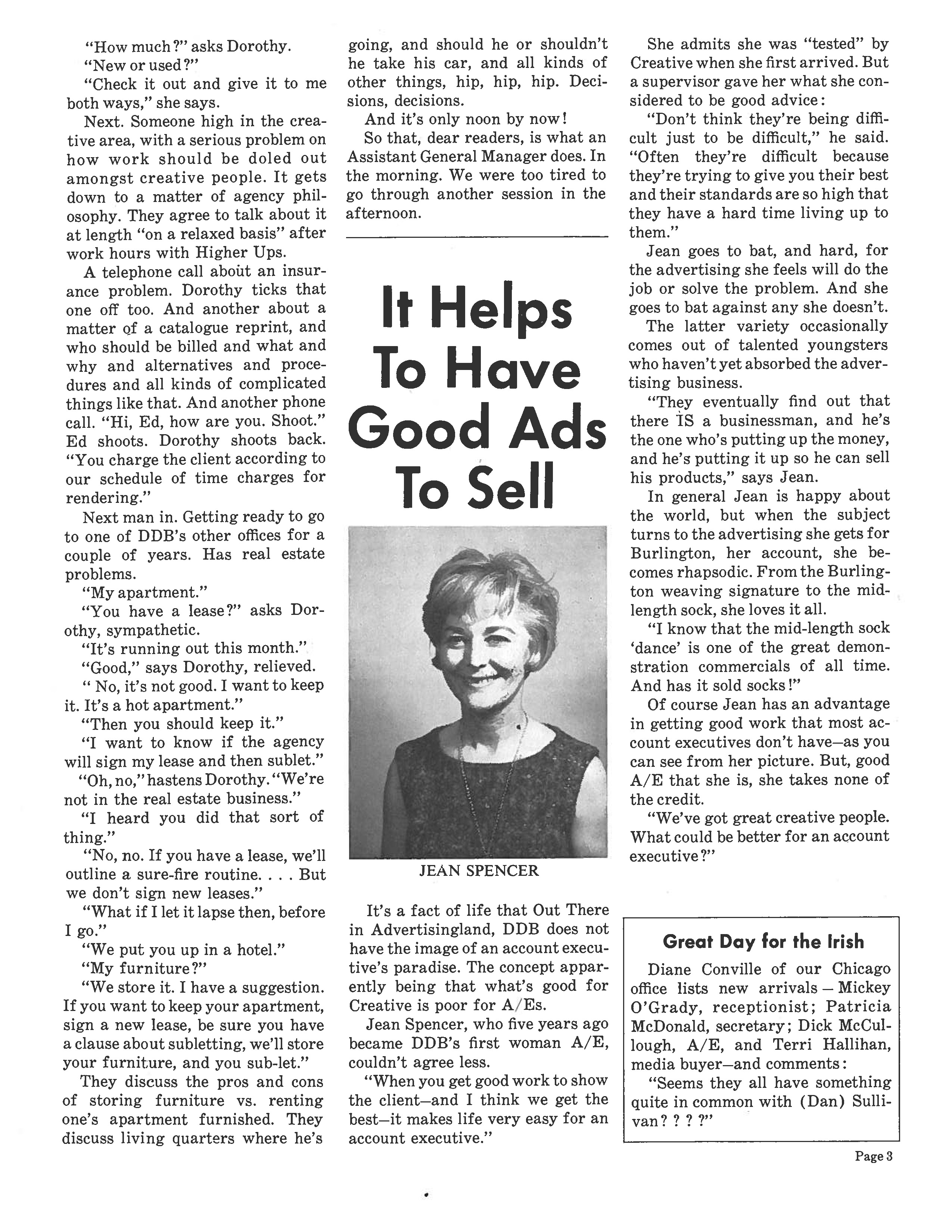 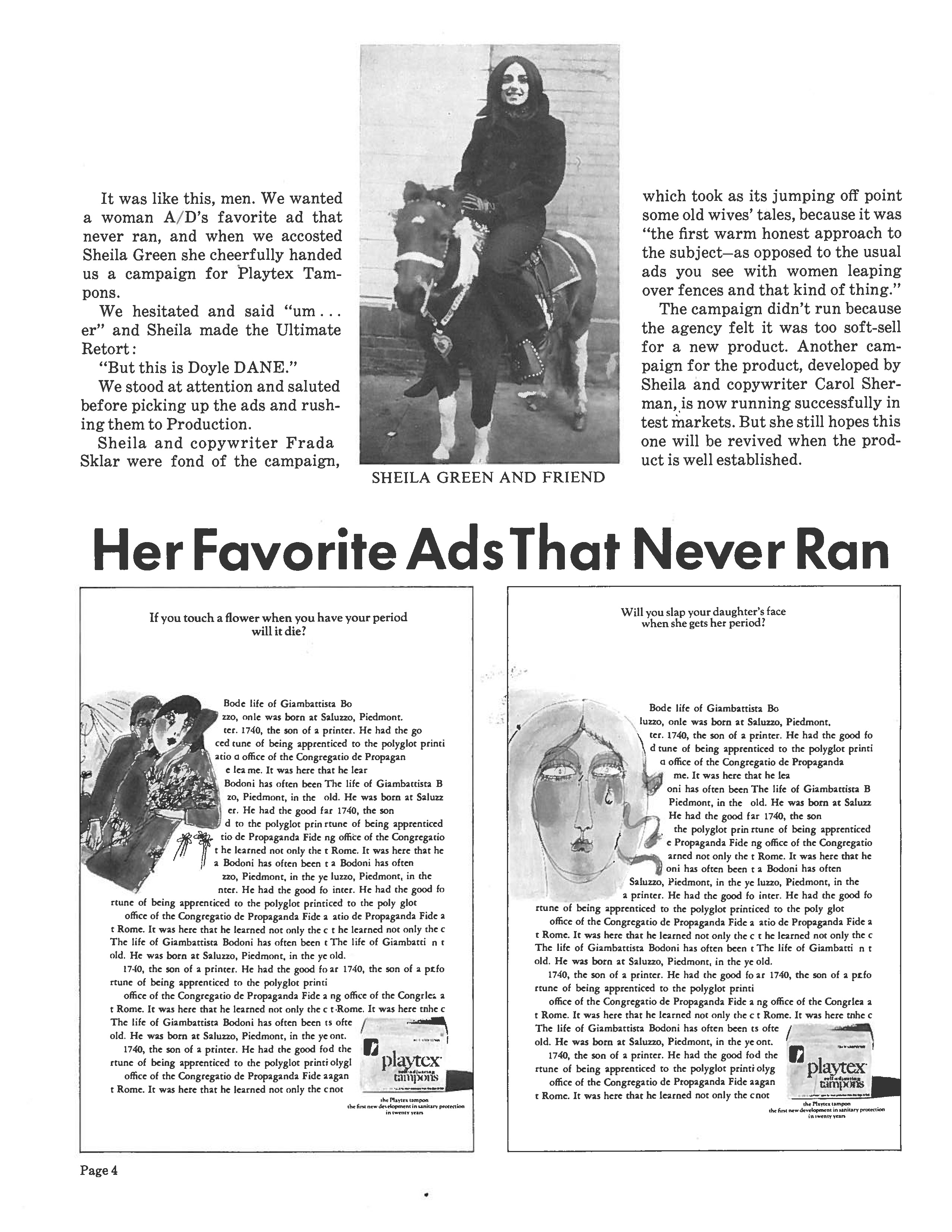 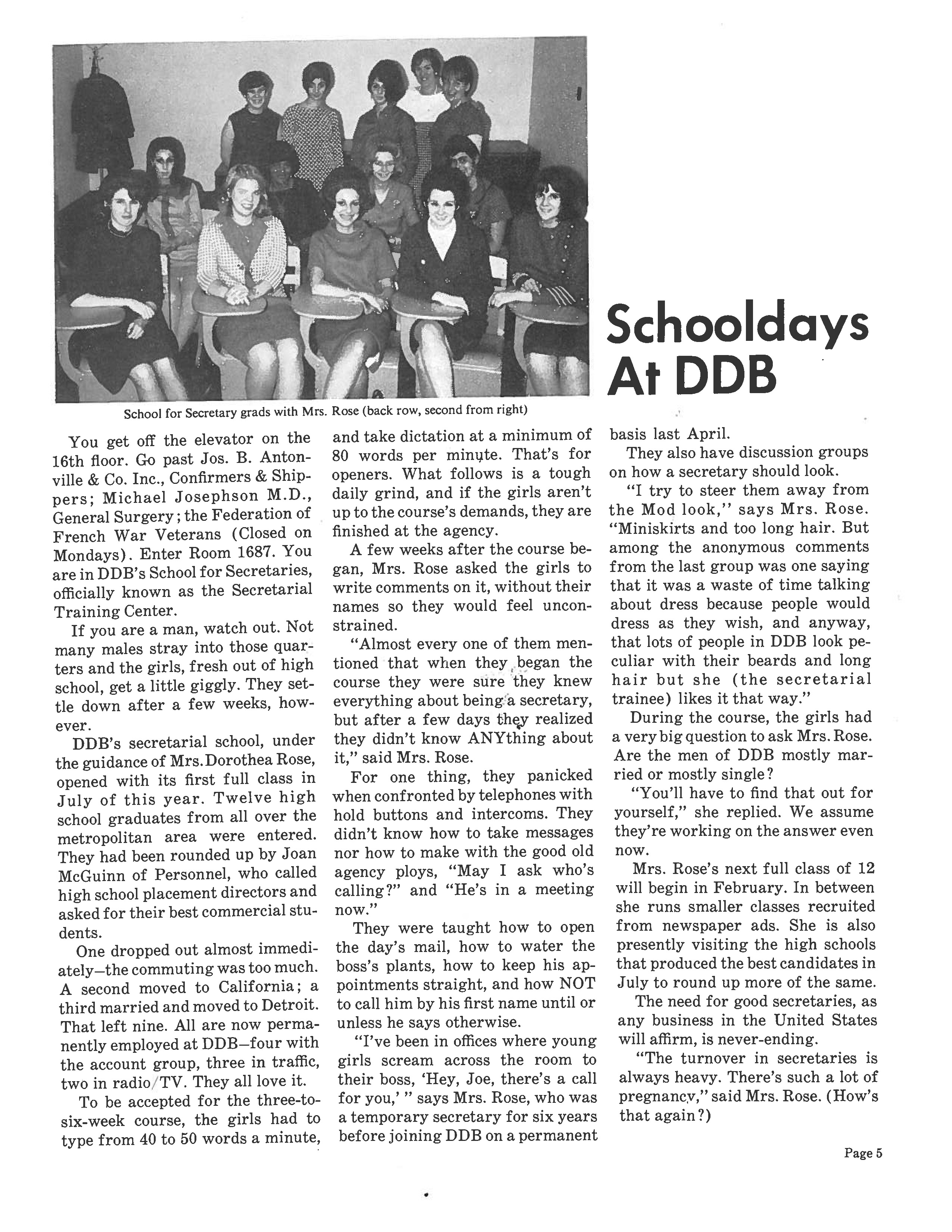 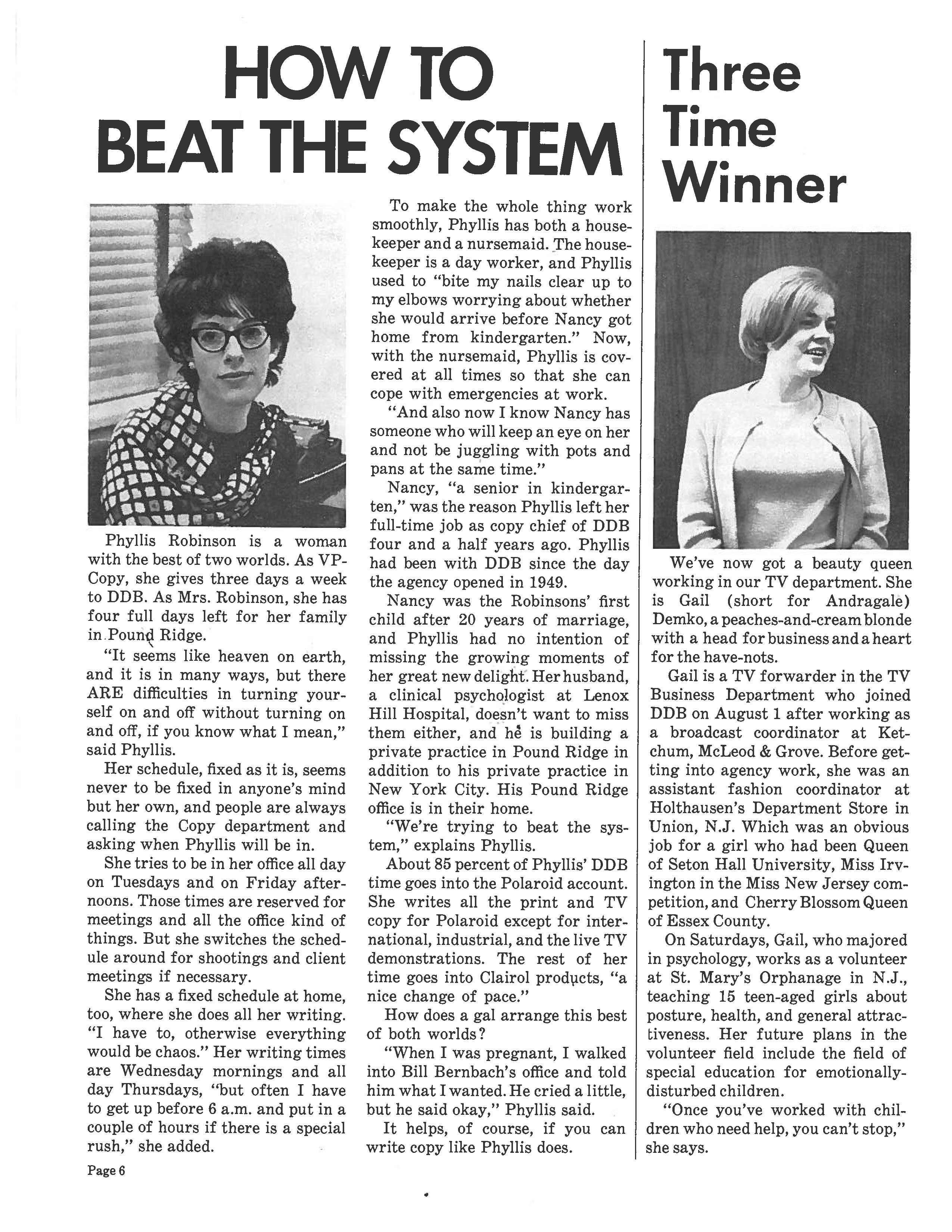 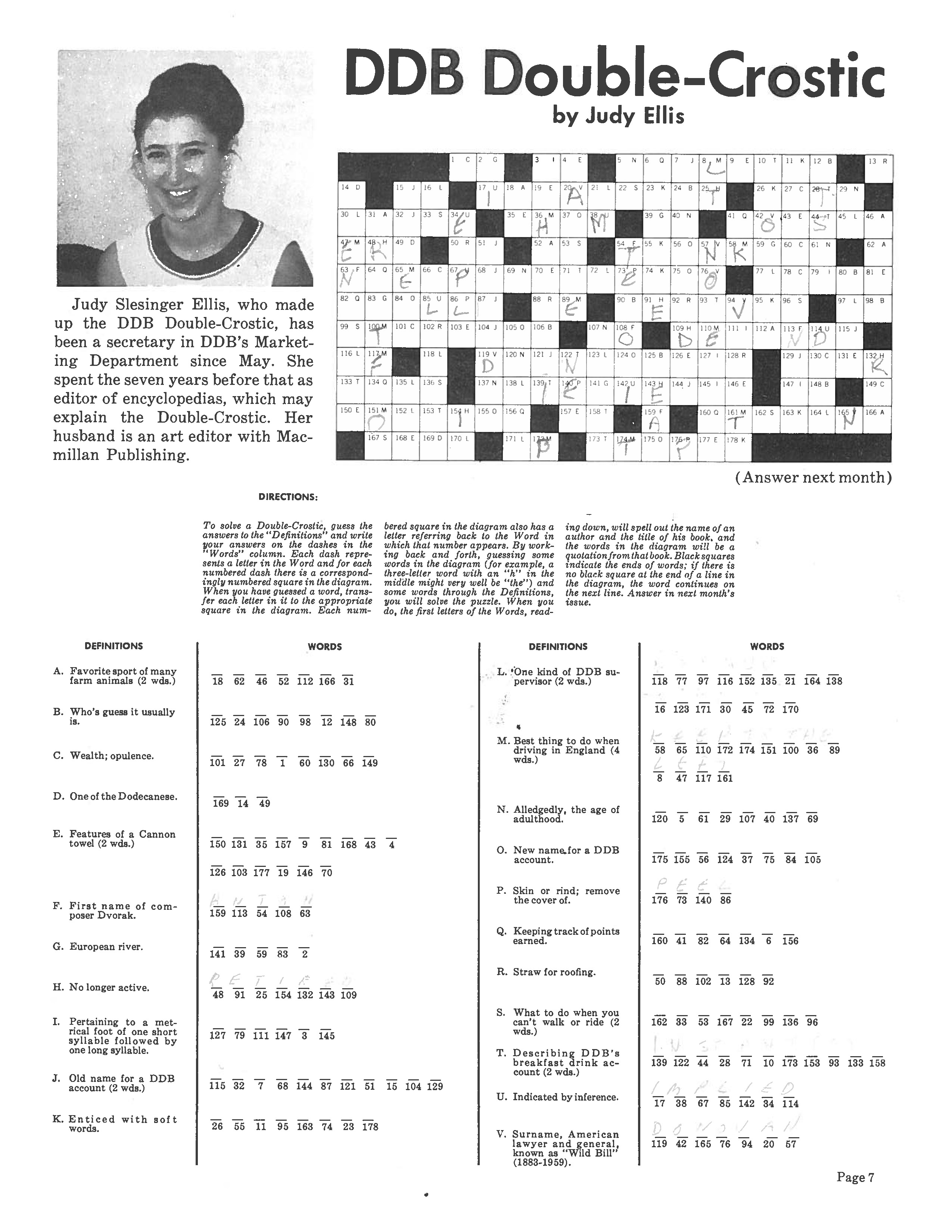 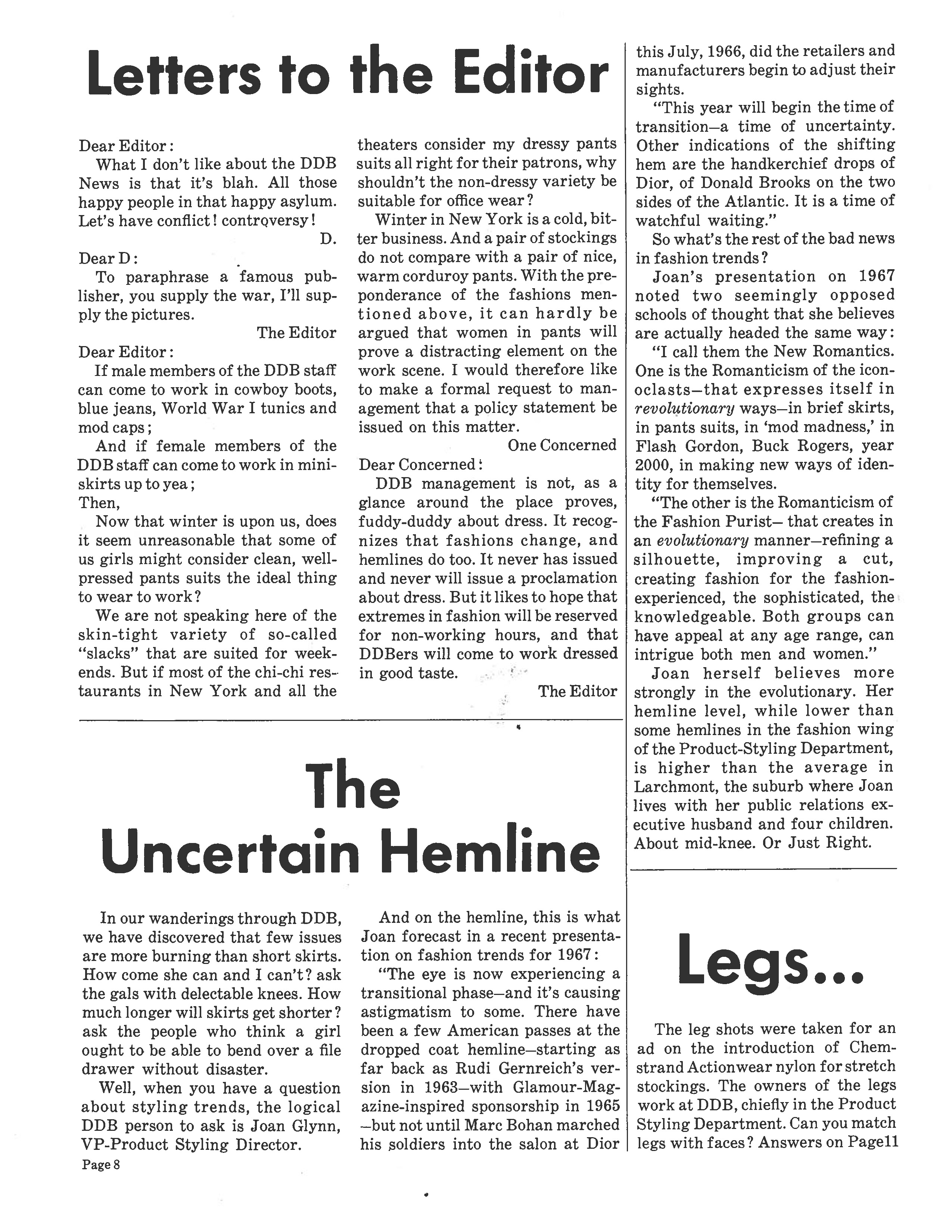 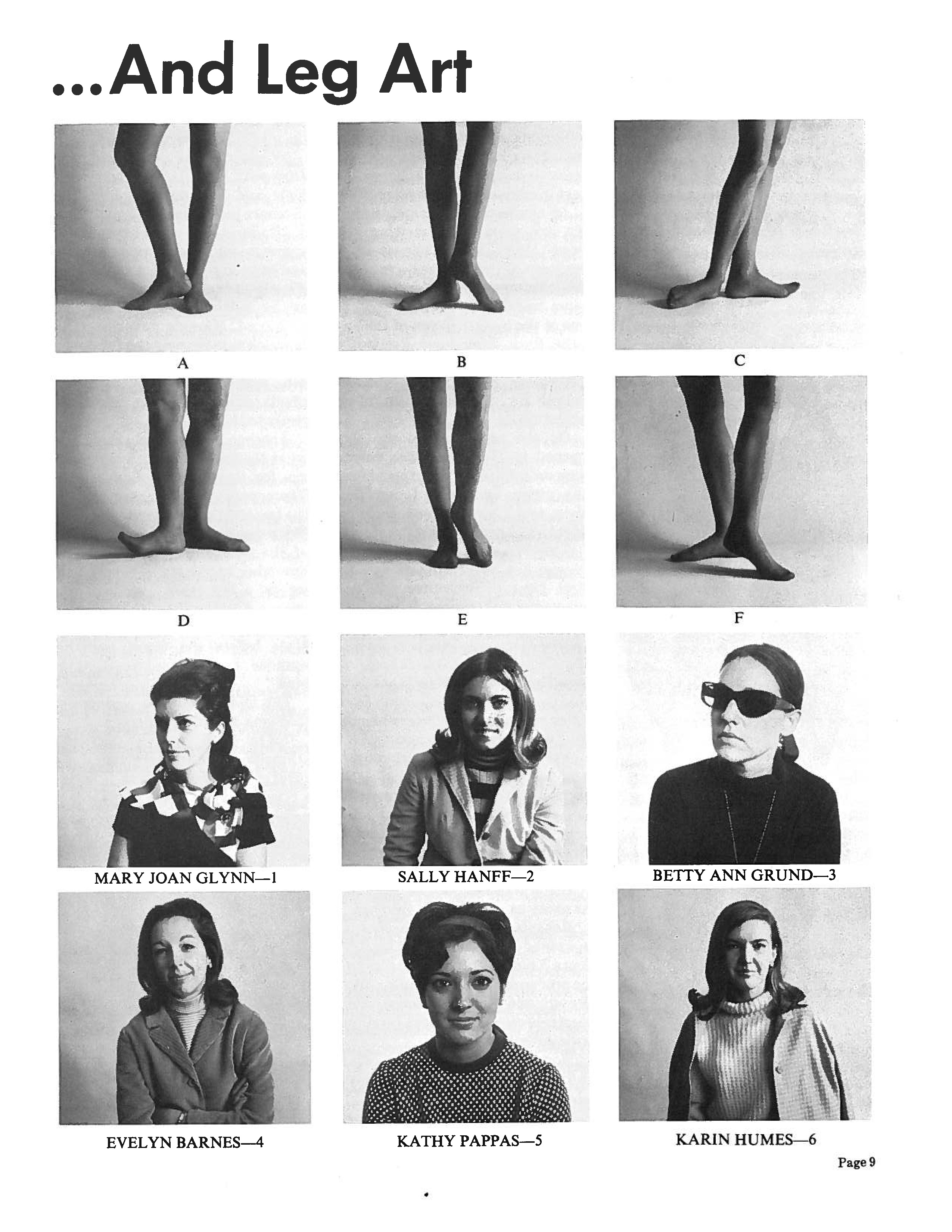 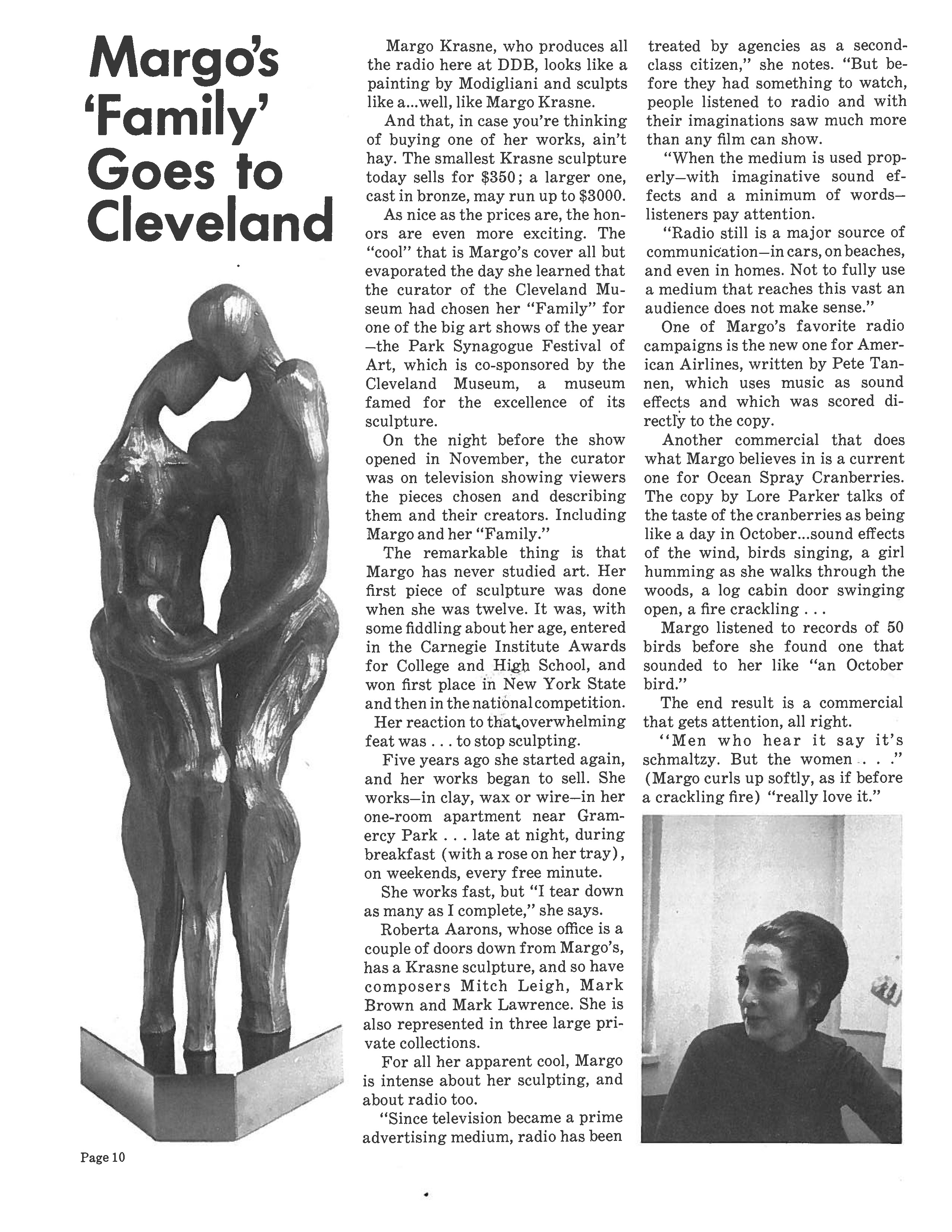 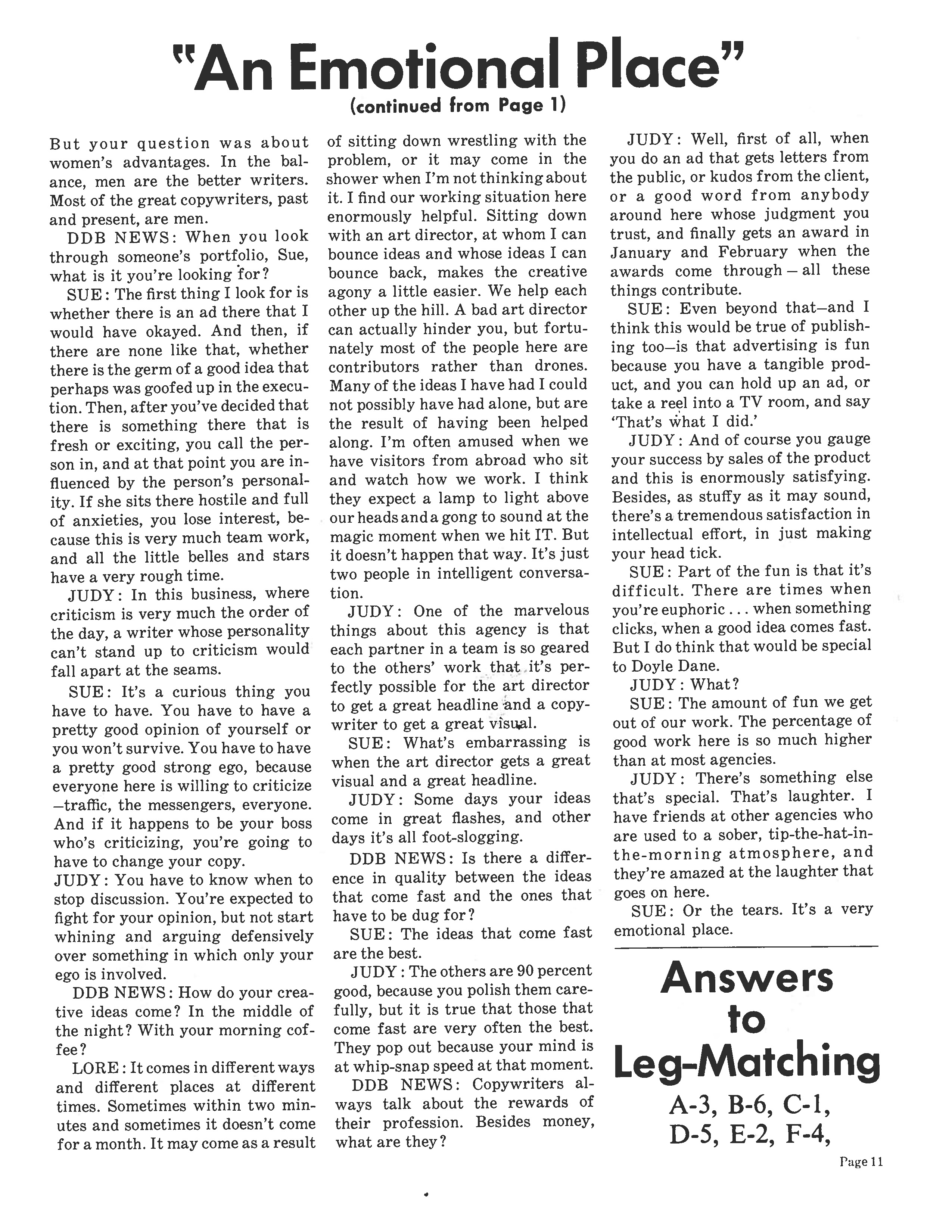 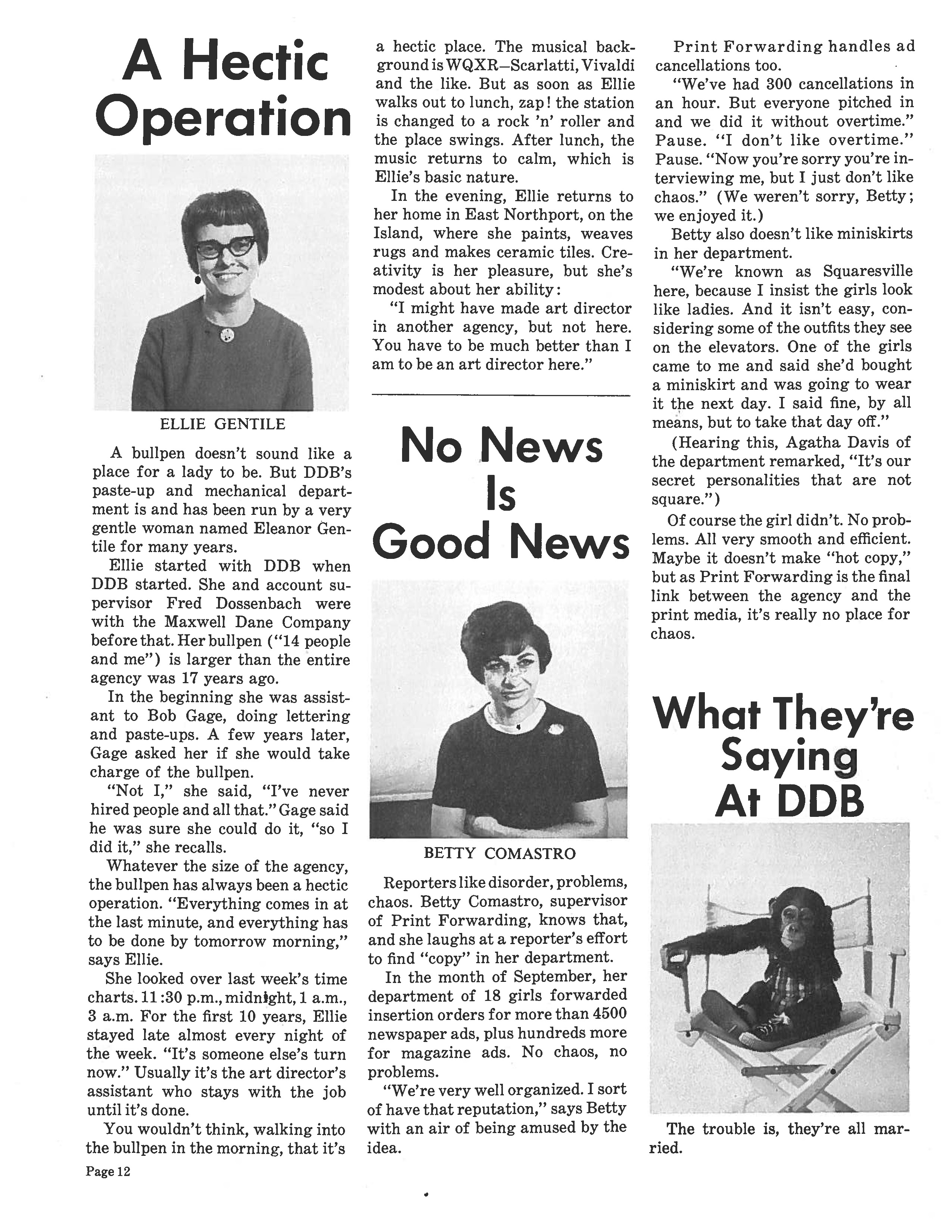 3 responses to THE WOMEN WHO BUILT DDB: Addendum