Usually when I do these an interview or podcast, the challenge is trying to find the persons work, some people have not a scrap. (Yes, I’m talking about you Jeff Stark! And I haven’t forgotten you either Sid Myers!)
I also like to add a bit of ephemera, for some colour, but it’s rare to come across that.
The challenge this time was what to leave out; the CDD phone lists, the Mercedes meeting notes or internal memo?
In the end, I thought I’m nosey enough to have a look through that stuff, so maybe someone else would.
So good news for geeks: THE CDD PHONE LIST MADE THE FINAL CUT!

I was worried about this idea looking a bit dated, so I used art direction to make it feel contemporary.

Here’s what happens if you try too hard with the art direction.

It looks interesting, but you don’t get involved with the words, and they are the good bit.
At the last minute I saw sense and did a layout that was more appropriate for the idea; big easy to read words.

This was due to be the 4th ad to run.
It was our favourite.
But David Abbott was in the middle of a very public argument about the F.C.U.K. work.
He wrote to campaign ’Fcuk me, what a brilliant choice for advertiser of the year.
Fcuking great idea to put fcuking four-letter words on fcuking big posters,
where every fcuking eight-year-old can see them.
What a fcuking cool way to get up the noses of those fcuking parents and teacher tossers who are trying to bring their kids up as fcuking goody-goodies.
That’s the way to sell a youth brand, though haven’t I seen it fcuking before on the lav walls?
Anyhow, great to see the industry magazine behaving in such a fcuking great way – makes me fcuking nostalgic, it does.’
This was to run in grown up magazines and wasn’t celebrating it, but I felt guilty using the F.C.U.K label in an campaign he’d started.
Probably the campaign most associated with him.
So I emailed to ask him whether he thought we should run it or pull it.
He wrote back saying ‘it’s very kind of you to get in touch, but it’s for you to decide, not me’.
It felt like the most polite way ever to say ‘don’t do it’, so we didn’t.

Ignore the next 11 images unless you are super geeky, like me.
I hate ‘How To’ books on advertising, they’re often full of bullshit and newly minted terms for.
But there’s one piece of advice I got from ‘Hey Whipple’ that I’ve used ever since; when you’re on a hot-streak keep going until it passes, don’t leave’.
So where as before, towards the end of the day, I may write half a dozen ads, feel good about it and go home, I kept going, sometimes writing 30 ads.
Because, as Luke Sullivan points out in his book, sometimes the ads flow and sometimes they don’t.
For this reason, I started writing ads in meetings, because they occur to me and sometimes when you leave the room they stay there, in the ether, and you just can’t locate them once you leave.
These are the only meeting notes I could find, probably because it was an important meeting; Our introduction to business of our first CDD client; Mercedes-Benz.
Two or three of these ended up running. 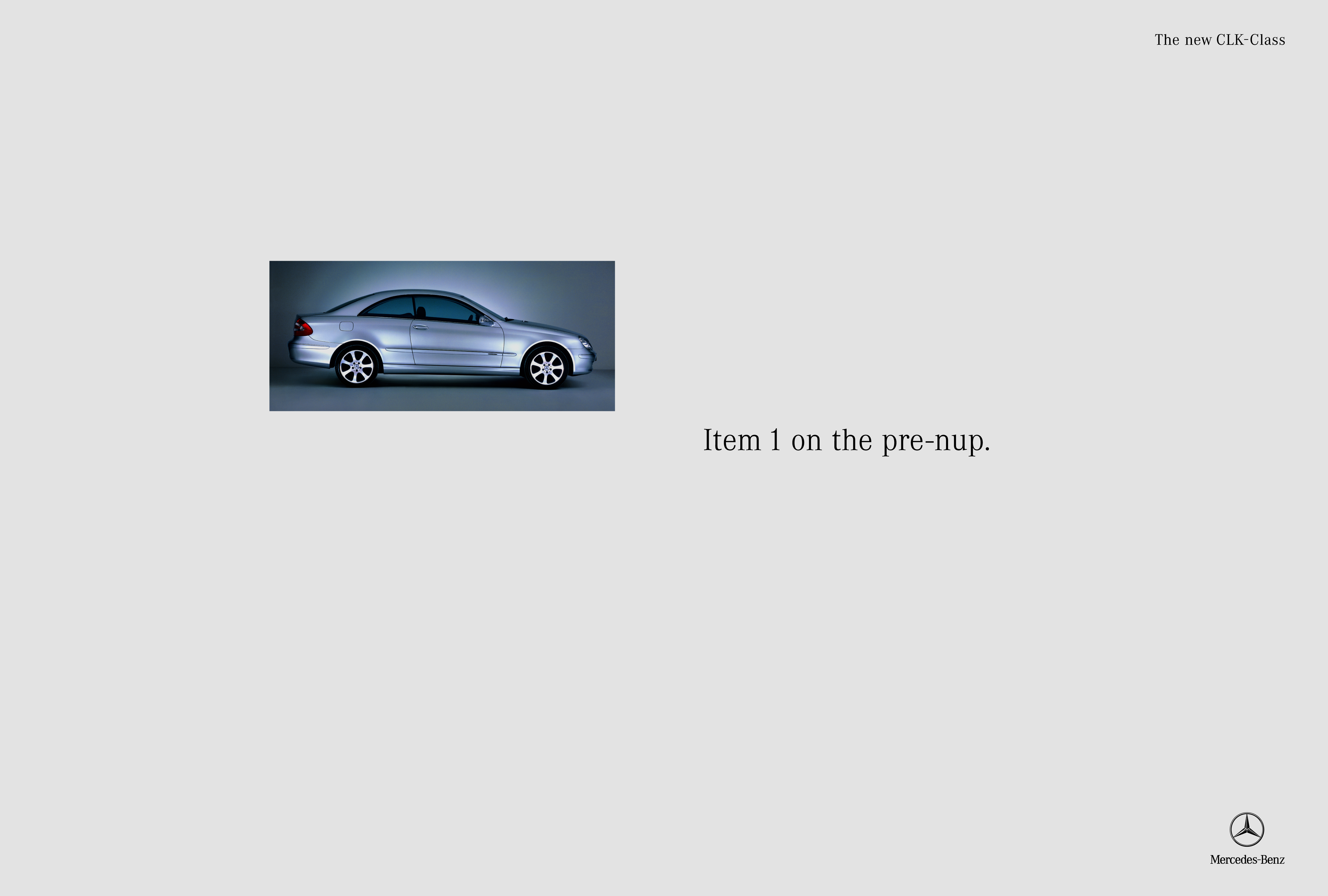 A bit of extra reading.